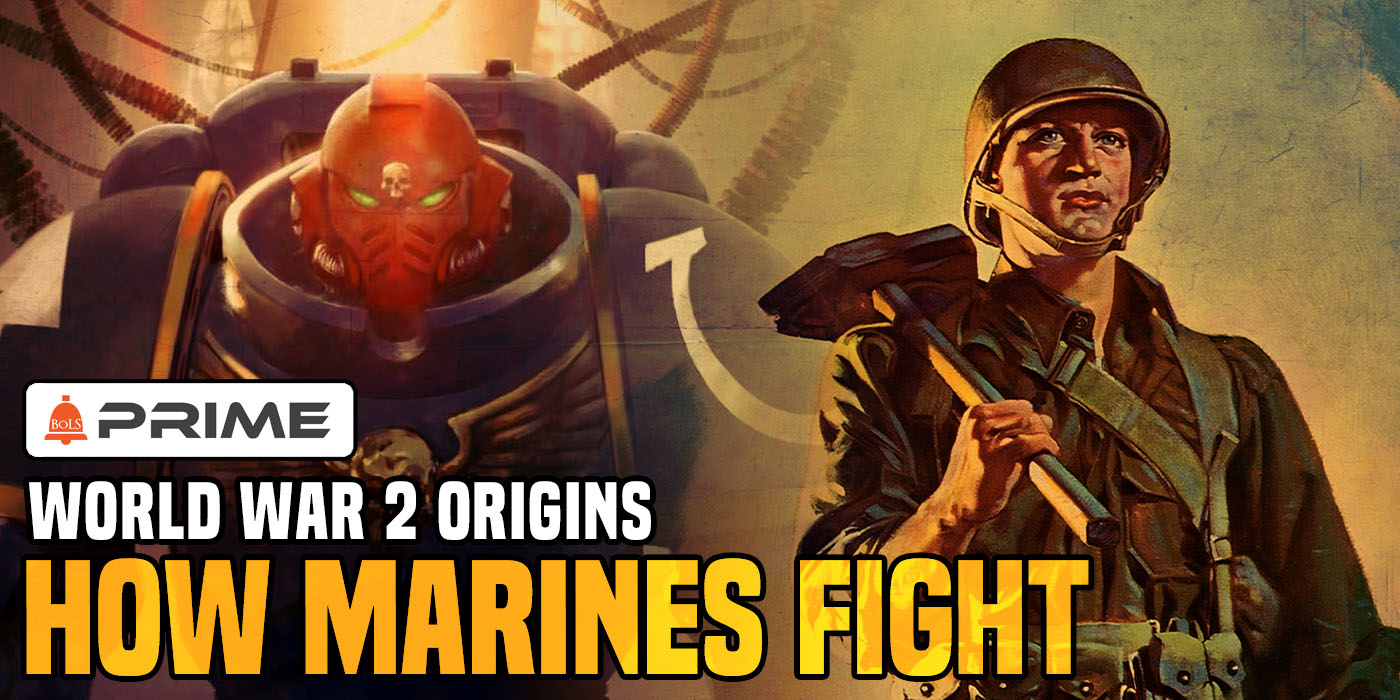 Today let's talk about the way Space Marines fight and its foundations in a real-life war.

Space Marines are the center of Warhammer 40,000, and represent, for their size, the most deadly fighting force in the galaxy. They operate according to the Codex Astartes; itself built on lessons and the ways Space Marines have operated since the days of the Unification Wars. As such, Classic Marines (the pre-Primaris Marines) operate within some fixed guidelines in some precise ways. Today let's analyze some of the ways Space Marines fight. Also, we will look at WHY they fight the way they do, and at the real-world sources, the designers drew on in creating the Space Marine way of warfare.

Where the Chapters Came From
The Space Marine Chapter is the heart of any Space Marine organization. It acts as a semi-independent military all on its own. However, the actual organization and function of a chapter have a solid real-world basis.

The idea of the chapter organization can be pretty clearly traced to the organization of British Infantry battalions in the era of the Napoleonic Wars. During this period, and the height of the British Empire, the 18th-19th Centuries, the British regular army adhered to a pretty standard formation. The army was divided into Regiments, which acted as the most significant permanent formations of the military. Each Infantry Regiment was divided ...