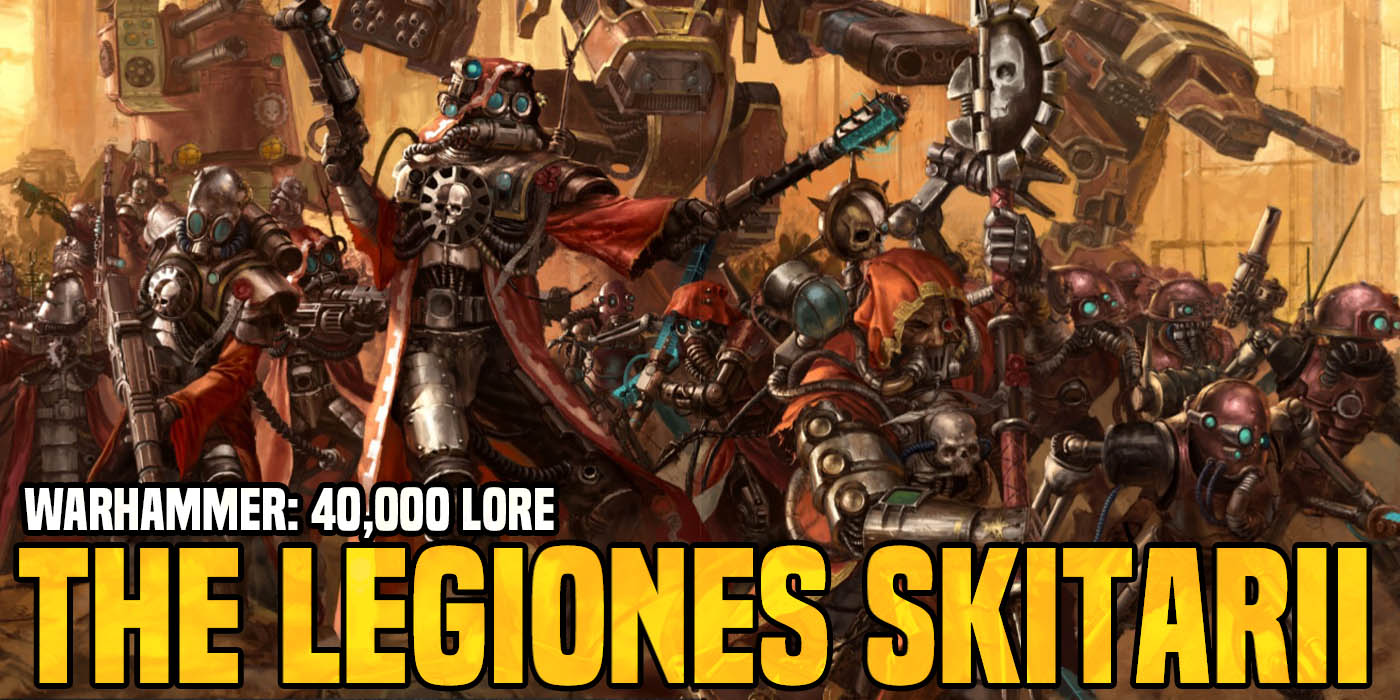 Loremaster, with Engine War on the horizon, we are exploring the military might of the Adeptus Mechanicus and their Skitarii Legions!

Who are the Skitarii? Are they mindless automatons or willing warriors? Today we turn to the Lexicanum to learn more about the foot soldiers of the Adeptus Mechanicus. 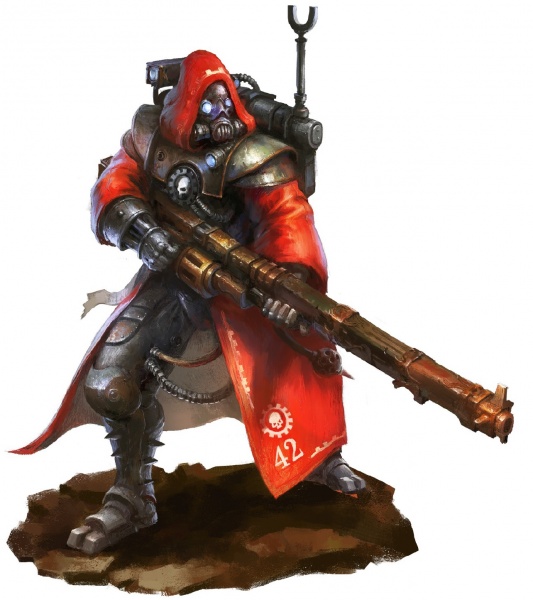 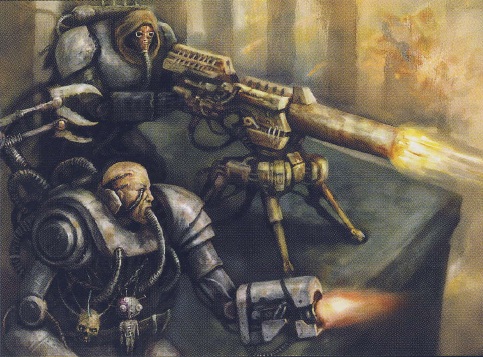 “Skitarii” are armies of specially augmented cybernetic warriors sworn to a specific Forge World and serve alongside the Collegia Titanica and Taghmata Omnissiah as the military forces of the Mechanicum. It is a term equivalent to the Imperial Guard as it generally includes almost all combat personnel and armour that the Mechanicus possesses. Skitarii are also known as Tech-Guard (or Tech Guard) to outsiders, and the singular form of Skitarii is “Skitarius.” The term “Skitarii”, however is often used to reference only the augmented infantry.

While their bodies are more machine than flesh, Skitarii are not true Servitors and still retain independent thought. Those with the highest level of augmentation are known as Skitarii Alphas, a high honor in Skitarii culture. Due to their extensive modification Skitarii can excel and survive in almost any atmosphere. Skitarii are also known for their near-emotionless nature, a result of both brain surgery and psychological condition. Because of their conditioning Skitarii are so loyal to their Tech-Priest masters that they will even blindly kill one another if ordered.

In battle, Skitarii fight with near-robotic discipline and base their firing vectors and positioning on mathematical formulae guaranteed to bring about maximum success. While the Imperial Guard focuses on broad sweeping assaults, Skitarii units generally focus on maximizing their strength against vital enemy units and installations.  While Skitarii fighters do not require any boost in morale, they do receive regular enhancements from combat drugs that can cause sudden bursts of energy, strength, and regenerative power. However, many of these drugs are extremely dangerous and cause horrific side effects mere minutes after their use.

Skitarii recruitment follows no universal role. Some Skitarii began as volunteers who were faithful to the Cult Mechanicus. Others are recruited from the factory workers of Forge Worlds. Some denizens of Forge Worlds are destined to become Skitarii at birth, having been bred from eugenics programs that emphasize strength and aggression.

The process Skitarii creation is a closely kept secret of the Adeptus Mechanicus, but what is clear is that involves heavy cybernetic augmentation to those with a fanatical faith in the Omnissiah. During the process of conversion into a Skitarii most of their organs and tissue are modified or replaced entirely with circuit, bio-plastic, and metal.

Learn more about these Cybernetic Warriors from the Lexicanum!