Warhammer: Giants Through The Ages 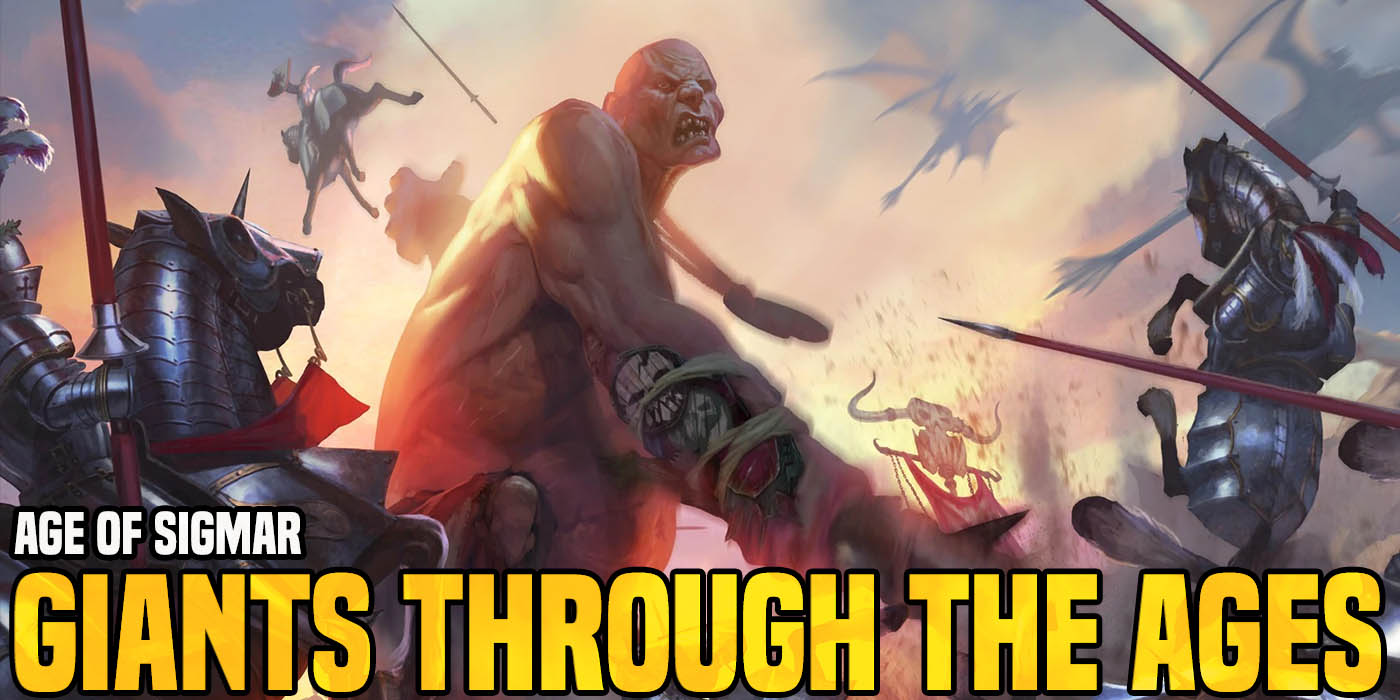 The Sons of Behemat are marching to the tabletop so let’s look at the previous Giant range from Games Workshop!

Giants in Warhammer haven’t had a TON of models over the years. That said, they have actually had more than you might remember. Today we’re taking a quick at the Giants of old! 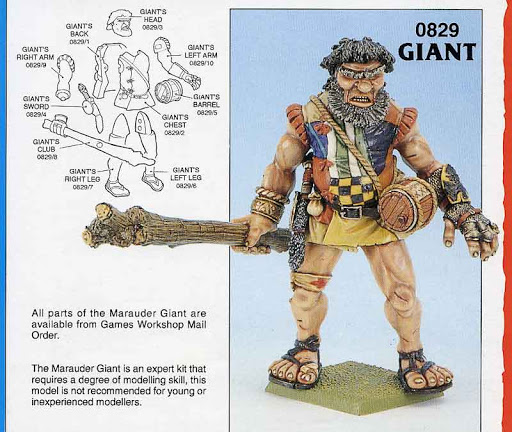 First up we have an old metal Giant. This one is certainly a classic. It’s got all the iconic things GW Giant’s have had – a massive club, a booze barrel, hodge-podge clothing, and some gnarly looking nails. It fits considering this is the progenitor of the rest of the Giants.

Here we have the Orc & Goblin Giant. This one kind of expanded on the Marauder Giant as it has an “improved” club and some “armor” in the form of headgear. Also not the halfing tied up on his waist. He’s also got some uh…”interesting” piercing choices. We used to call this one Ol’Jawbone for obvious reasons. 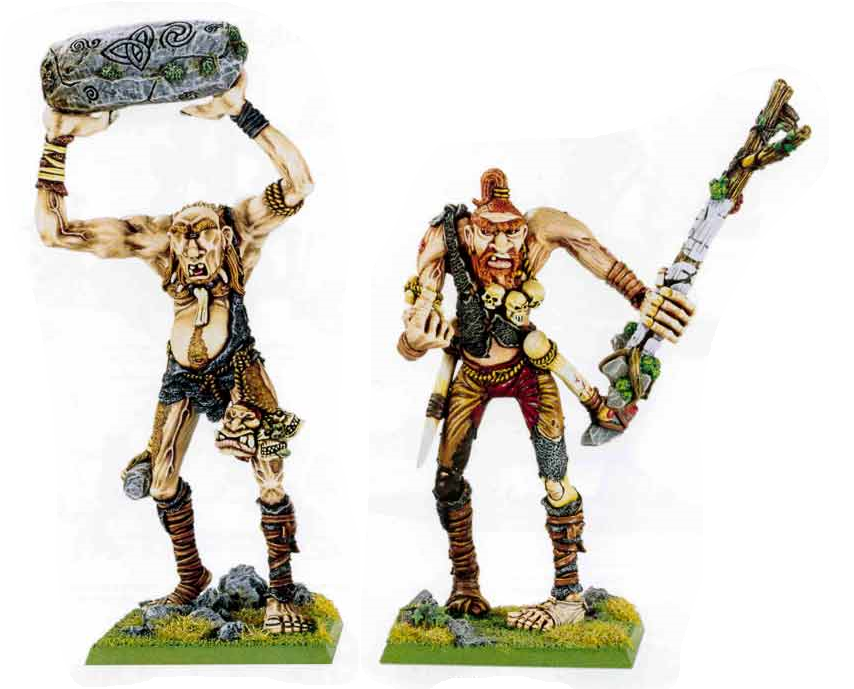 There was a time when these two giants where an option. They hailed from the Albion Campaign and usually ran with Hengus and formed a Regiment of Renown. These were a very different spin on the Giants. While they had the height, they kind of lacked the girth. These guys looked a little emaciated but they still had some of the classic Giant motifs: rag-tag clothes, a club, and an unhygienic disposition. Also note the thick eyebrows – probably a callback to the Marauder Giant who preceded them. 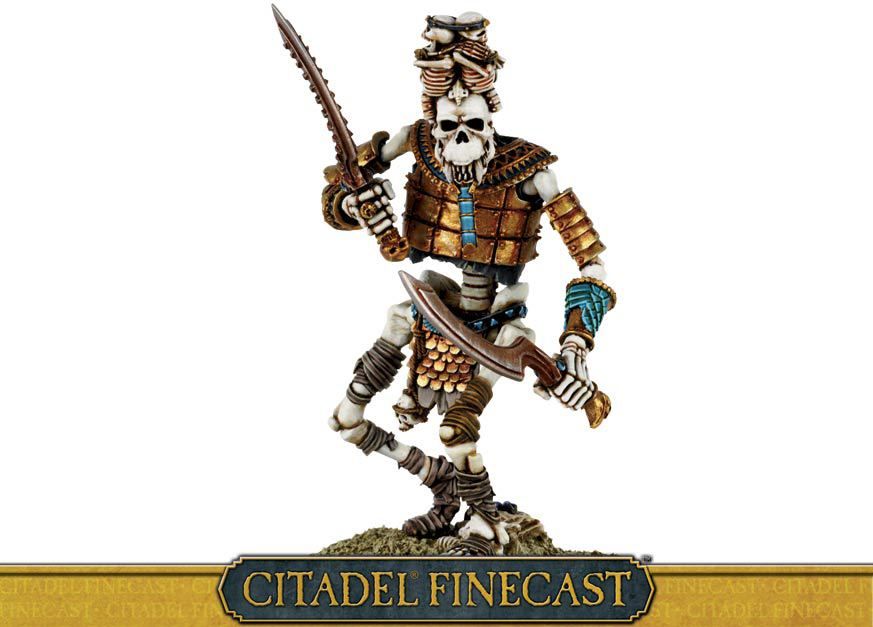 Hey – it had Giant in the name so it counts as part of the family – even if this one is a reanimated bone corpse. He’s got a good reason to be skinny at least. Obviously the Tomb Kings version of a Giant has the Egyptian theme going on with it’s armor and weapons. It’s a kind of a cool pose, too – even if it’s a little dated these days. 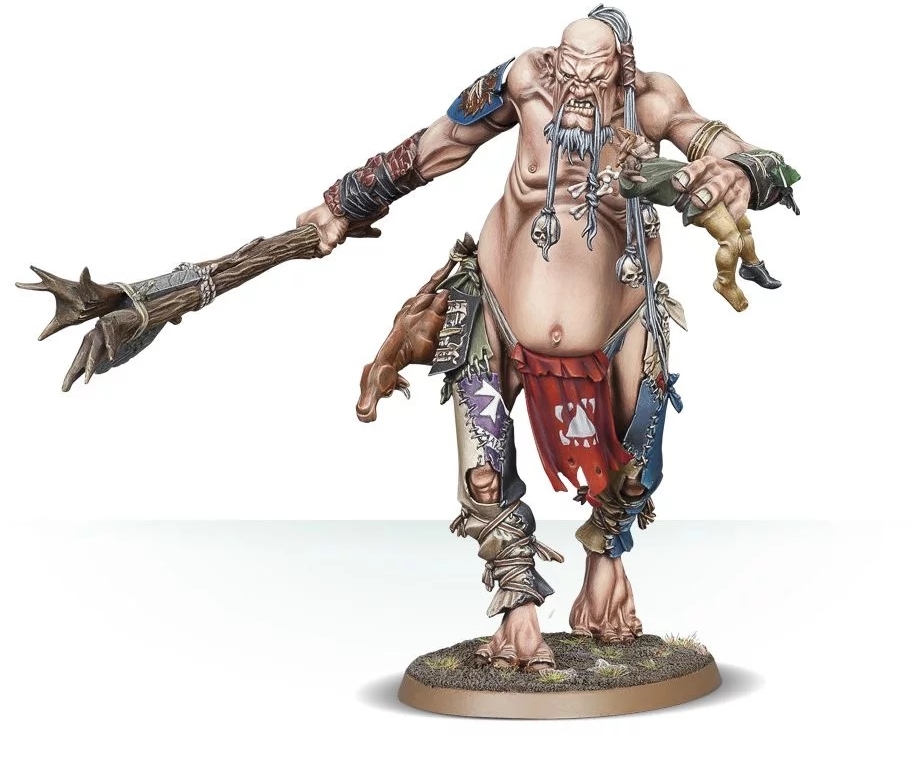 And finally we have the current iteration of the Giant – the Aleguzzler Giant. This kit has been around for a while now and it’s held strong through a few editions of Warhammer Fantasy and even made the jump to AoS. As you can see, it’s got the classic Giant motifs, even down to the gnarly nails! This model is a bit more bulked-up and with a clear beer belly to boot! This kit is pretty versatile and you can build your giant in quite a few configurations which is cool. That’s also one reason that it’s been around for so long, too.

With the teaser for the Sons of Behemat, it looks like we might see 3 new types of giants. Will we see a new kit for those giants – that remains to be seen. We’re hoping that GW expands the range an adds some cool new models to the Giants.

If you’ve got a favorite Giant let us know in the comments!