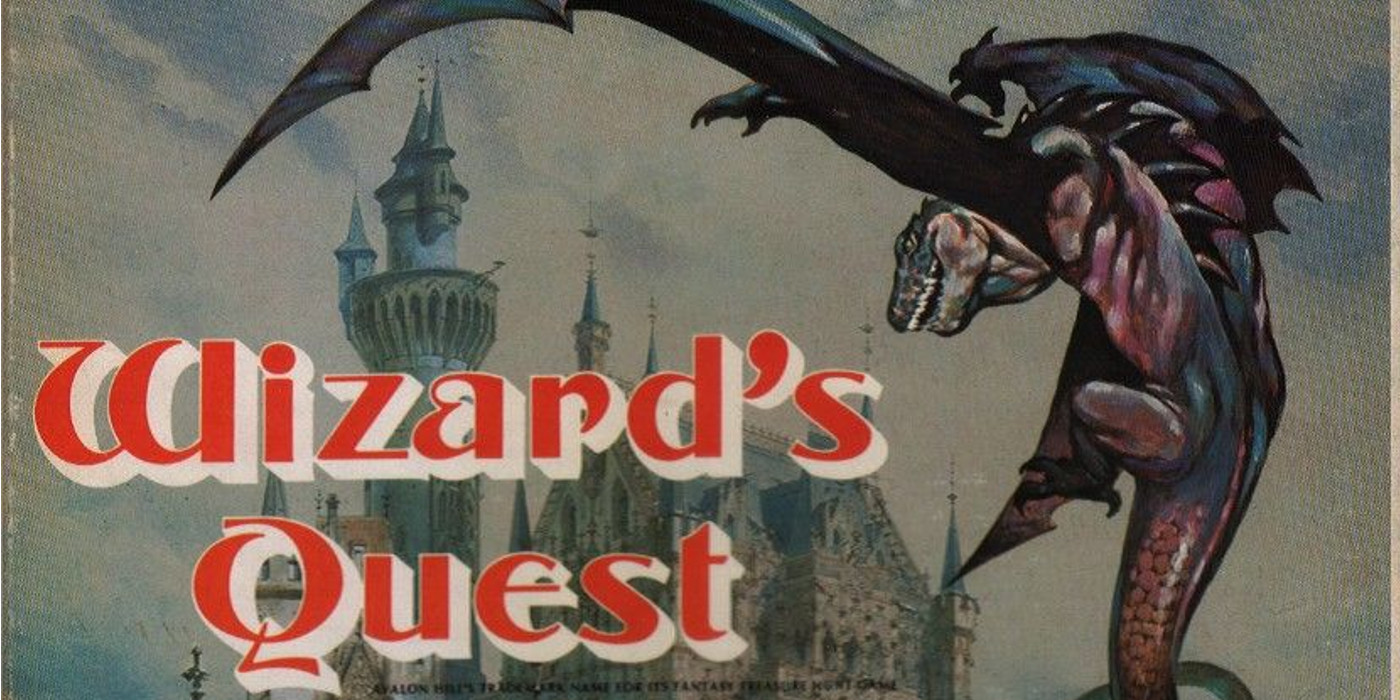 You might think Wizard’s Quest is just a standard fantasy-style wargame with dragons, orcs and wizards. But you’d be wrong.

Wizard’s Quest sets itself apart from other hex-and-chit style wargames in one very simple way. It’s not a wargame. It’s a treasure hunt. 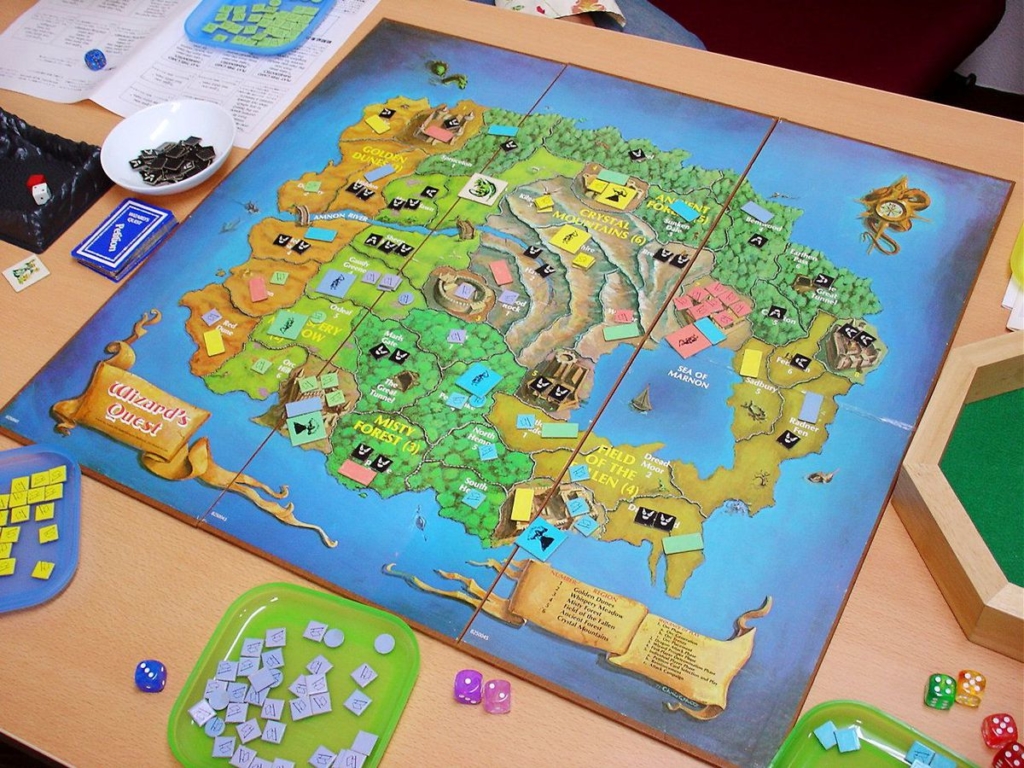 Wizard’s Quest is a competitive strategy combat game with area control mechanics released in 1979 by Avalon Hill. The goal of all players is to rescue their lost treasures. The first player to do so, wins the game. Right off the bat, Wizard’s Quest sets itself apart. It absolutely could have gone with the “Control every castle to win” or “eliminate all of your opponent’s units to win”, but it didn’t. It’s a treasure hunt. 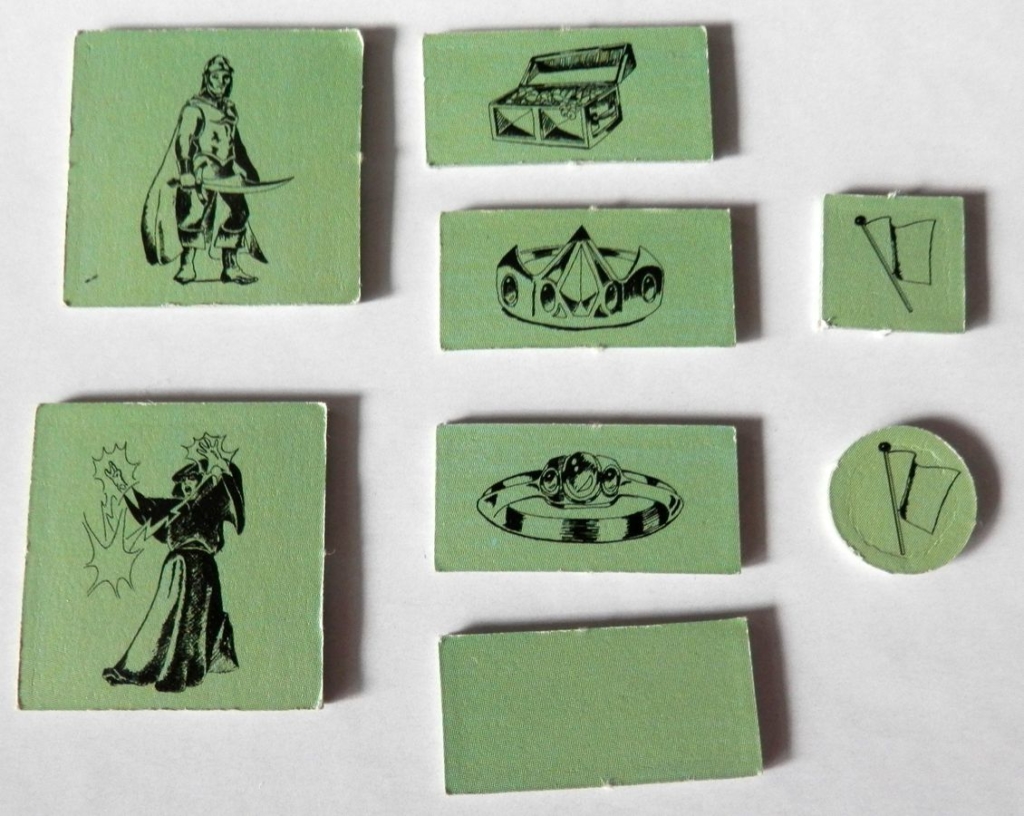 Behold the majesty of that shimmering crown! …or is that a ring?
No, THAT’S the ring. Okay, so then that must be the crown.
So majestic.

But that’s not the only thing that makes Wizard’s Quest different. At the beginning of each round, orcs spawn, frenzy and raid. 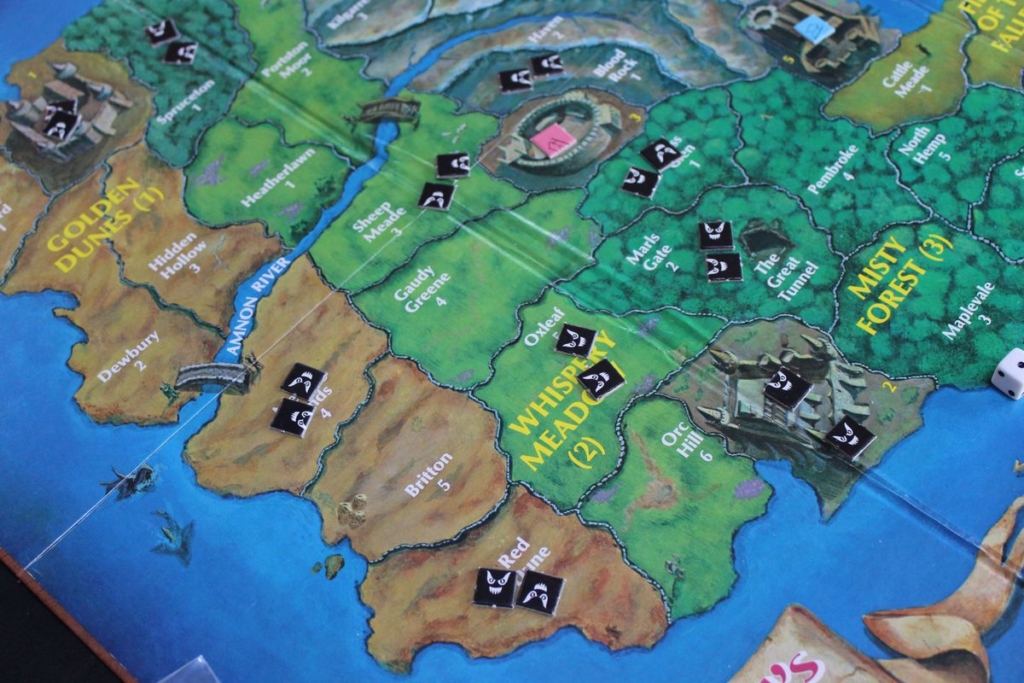 Behold the ferocity of the violent orcs! …or are those bats?
No, there’s no bats. Those must be orcs.
So ferocious.

At the beginning of each round, orcs spawn in any region they already occupy. If that group now has 4 orcs, they go into a frenzy and attack every adjacent region, spreading into any regions they take over.

But that’s ALSO not the only element which sets Wizard’s Quest apart. Once the orcs are sated, the Dragon and Wizard roam the land, doing their stuff. Dragons eat people, Wizards protect the land. 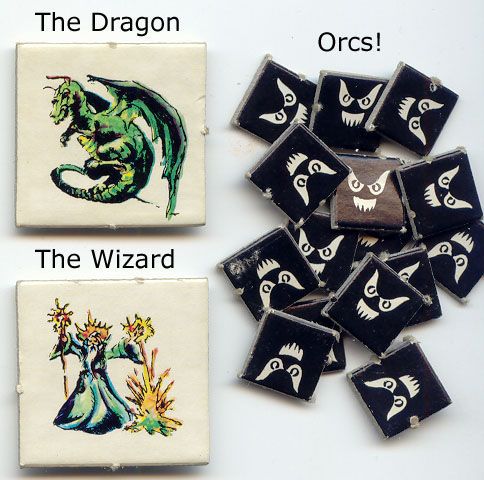 The Wizard won’t eat you, which is awful kind of him. Instead, he protects the region in which he resides. No attacks can take place in the region with the Wizard. On top of that, he must have some R&B magic with him because any region he visits increases its population by 3. But this Wizard is truly True Neutral, because he will help the orcs just as freely as the humans. Wizard don’t mind helping orcs get freaky.

Finally it’s the players’ turns. They first draw a Petition Card, which can do all sorts of stuff. 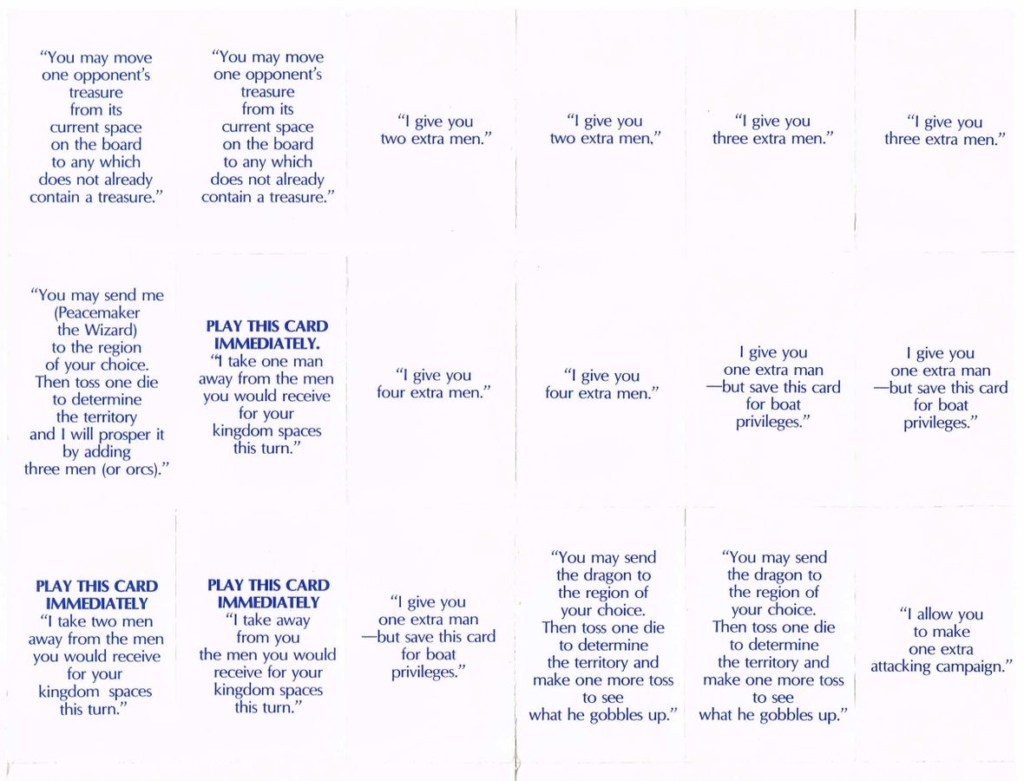 Finally, the players can move their units around the board, killing orcs (or each other). Combat uses a very simple die roll mechanic. Each side rolls a die, hoping to roll lower than the number of humans in your combat group, up to a maximum of 4. Doing so kills the same number of enemy units. There’s also options to pick up Heroes (which increase the maximum by 1) and Sorcerers (which increase the maximum by 2).

As the players go around killing orcs and avoiding dragons, they will primarily be tracking down their lost treasures which were scattered around the board during setup. Each treasure grants additional humans for your army, but the first player to track down all 3 of their treasures wins!

I mentioned this several times, but I really like the direction Wizard’s Quest went with their game mechanics. This could have been a very standard fantasy wargame, but inclusions like the NPCs add just the right amount of predictable chaos.

Additionally, the non-combat win condition is something I really like. As someone who doesn’t usually fall into the domination style victory, Wizard’s Quest is definitely a game I could see myself enjoying thoroughly.