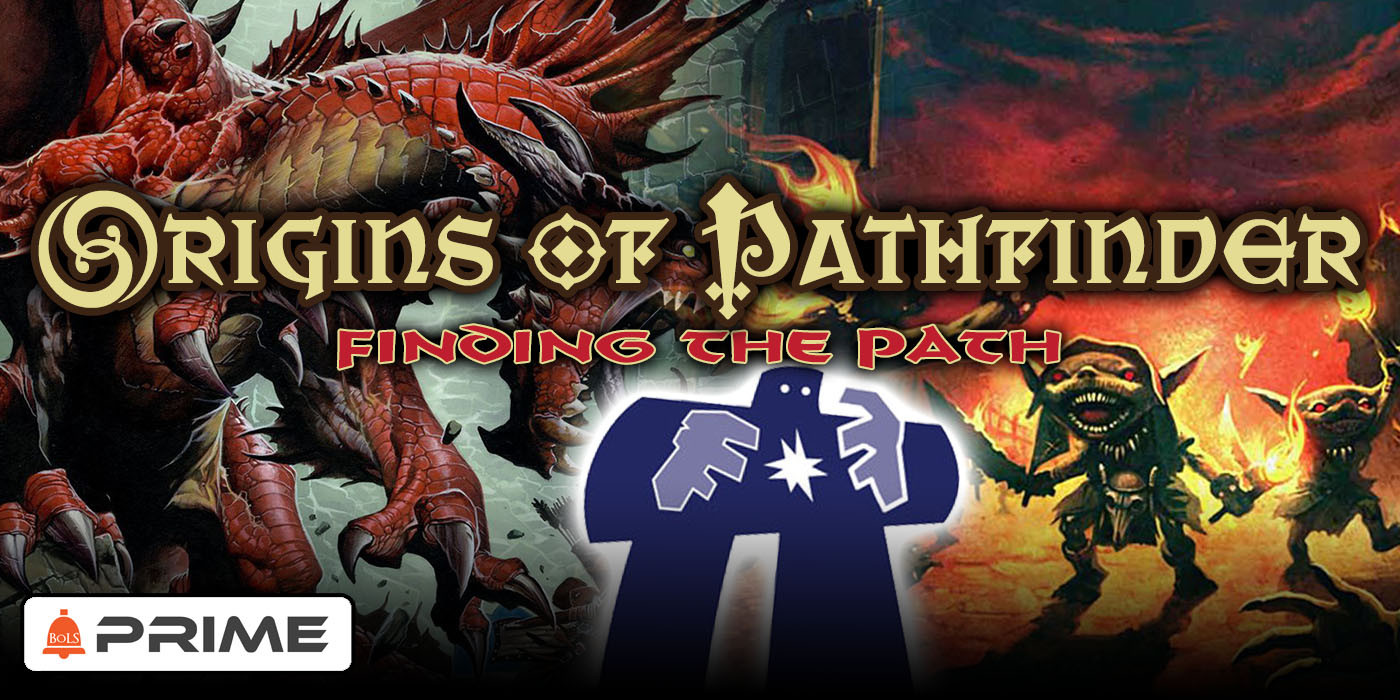 How does one company go from publishing gaming magazines to one of the most popular fantasy RPGs out there? Here's the story of Pathfinder.

Pathfinder is one of the most popular fantasy RPGs out there. And during the first half of the twenty-teens, it did what no other RPG has managed to do--topple D&D from the number one best-selling spot in RPGs. Though it wouldn't last, the journey of Pathfinder to the top of the charts, from its humble origins as a "half-finished game" that was run as a desperation play when the company that founded it lost its ability to publish D&D material to an RPG franchise that's popular enough in its own right, is a fascinating one. Today we're going to take a look back at where it all began. Join us as we look back at the origins of Pathfinder.

D&D 3.0 - the Beginning
The story of Pathfinder is a story of three editions. Many people say it begins with Dungeons and Dragons 3.5. After all, it exemplifies the bedrock that would become Pathfinder. It was a system that wanted constant improvement, the fact that it was a .5 edition sets the tone for the birth of Pathfinder. But that's only a part of the picture, the whole story of Pathfinder starts with 3rd Edition D&D and the acquisition of WotC by Hasbro, two years after WotC itself acquired TSR and all the associated D&D. In 2000, the now corporate-backed WotC had many ...