Building on the momentum started with the return to their Nottingham Factory, Games Workshop continues to roll out new releases. Let’s take a look at what’s coming next week, shall we? Aeronautica Imperialis is at the forefront, with the release of a new book, starter set, and boxes of minis, the skies above the 41st Milennium are going to be full of action. Check it out! 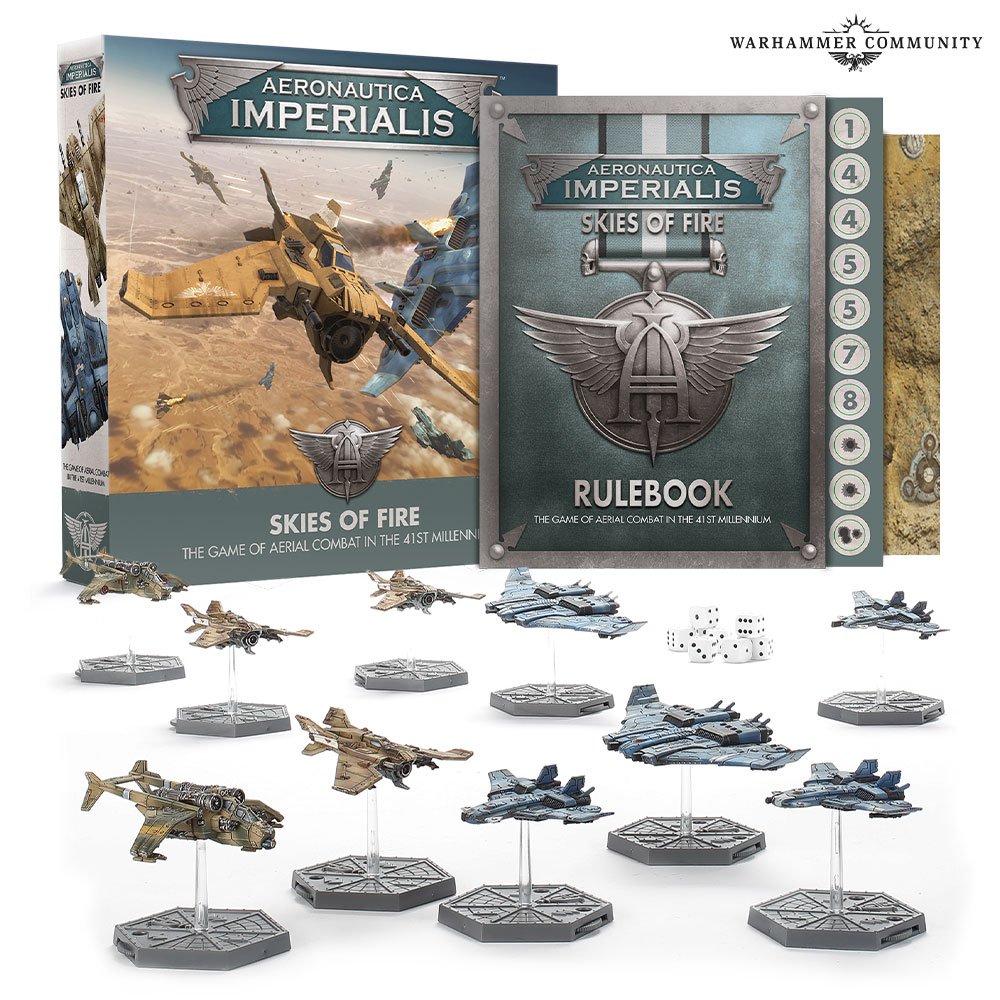 Keeping with the theme of drawing new players in, first up we have a starter set, Skies of Fire. Like Wings of Vengeance before it, this boxed set comes with “absolutely everything you need to fly your first sorties.” Included in the set are five aircraft for both T’au and Imperial Forces, a game mat and rulebook, dice, reference sheets, tokens, and a transfer sheet. Valkyrie Assault Carriers/Vendettas and Lightning Strike Fighters make up the Imperial Forces, while Tiger Sharks and Barracudas make up the T’au squadron. 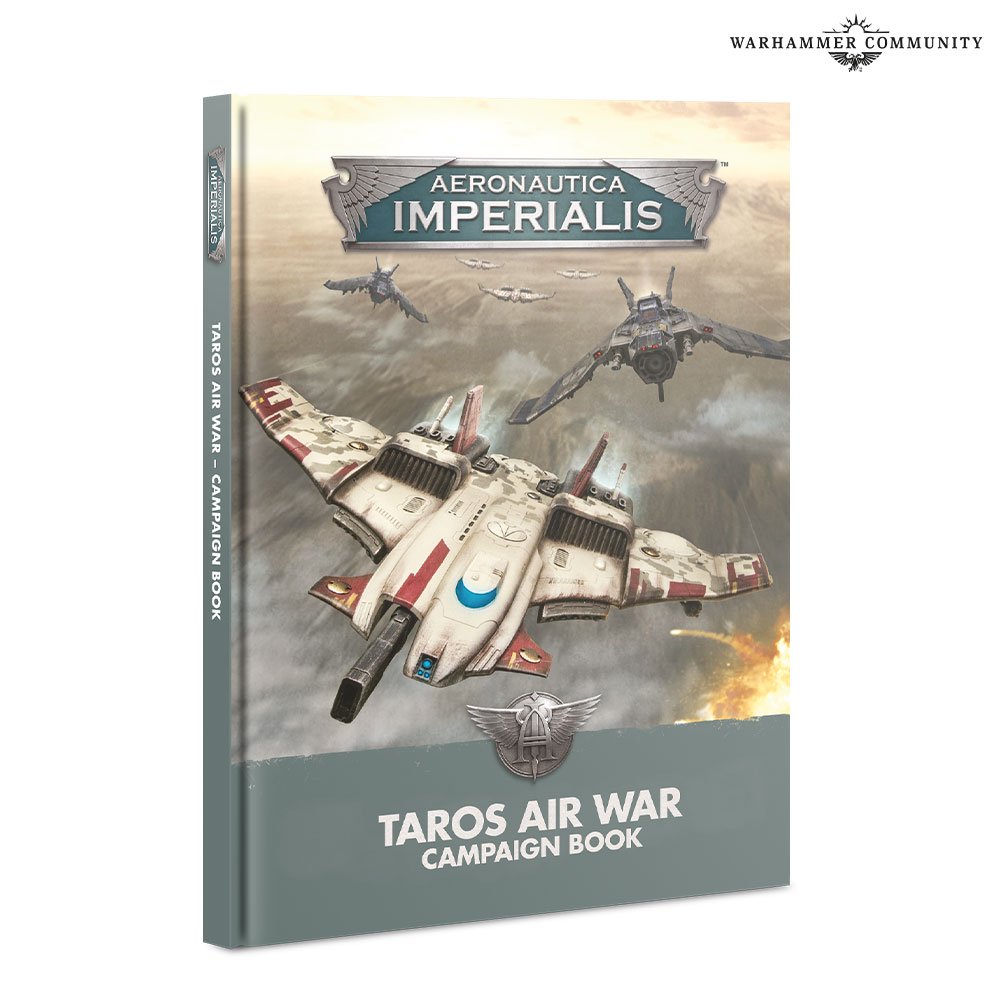 Expanding on the story, though, is the new Taros Air War Campaign book, which details the clash between T’au and Imperium forces in the skies above a sleepy Imperial Mining world. Story isn’t the only thing you’ll find though; you’ll also find new rules, rosters, stats, and upgrades for new aircraft and scenarios. 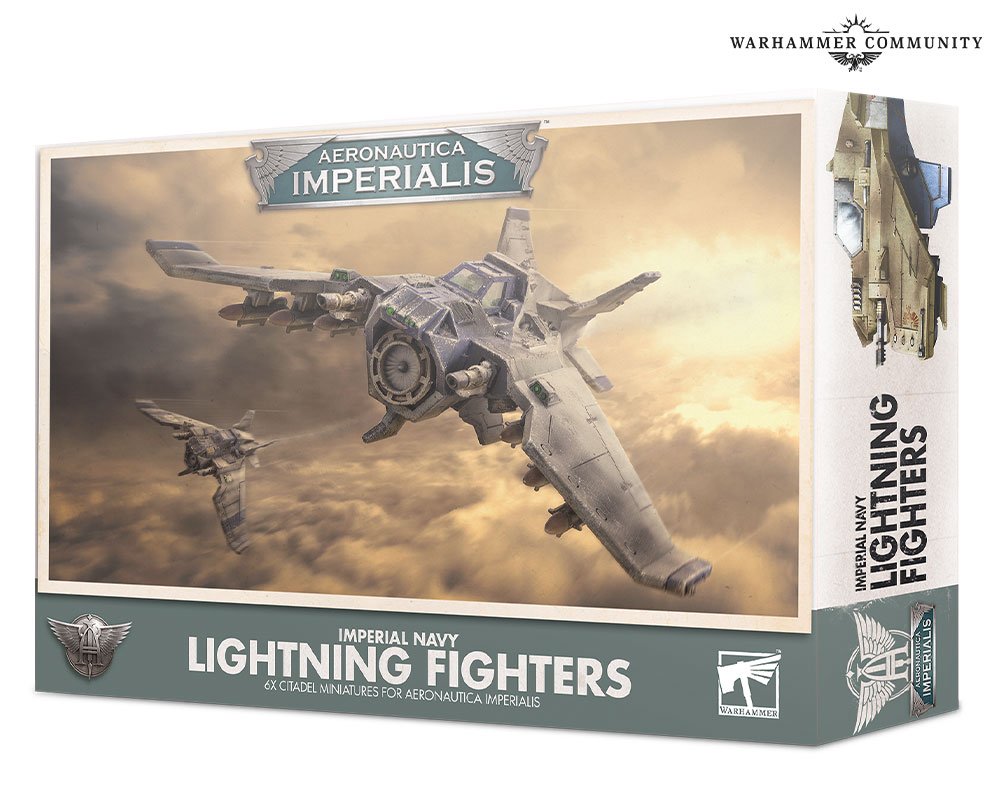 More importantly, though, are the new planes coming up for pre-order this next weekend. Armed to the teeth with powerful laser weapons and incredible speed, Lightning Fighters, and Lightning Strike Fighters (both of which can be built from a single kit), are excellent incerceptors and escort craft. 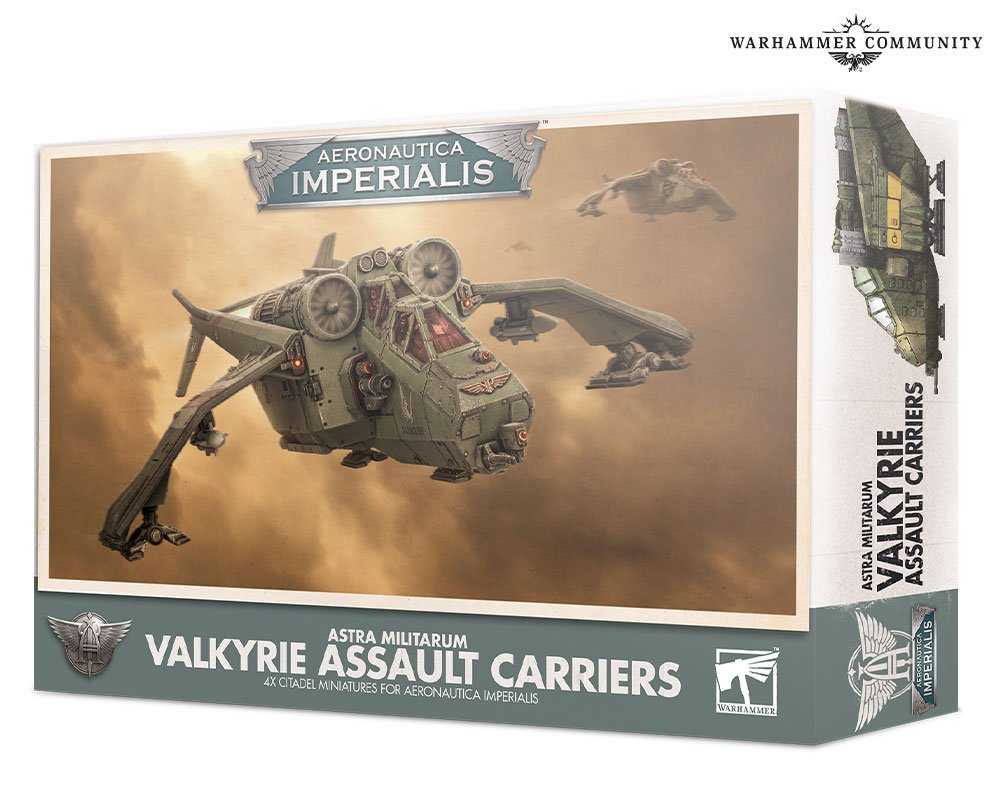 The Astra Militarum Valkyrie Assault Carriers are the other big Imperial Release. These troop transports carry the loyal soldiers of the Astra Militarum into battle, but carry significant firepower in their own right. Enemies of the Imperium will have to watch out with all the new Militarum forces in the air. 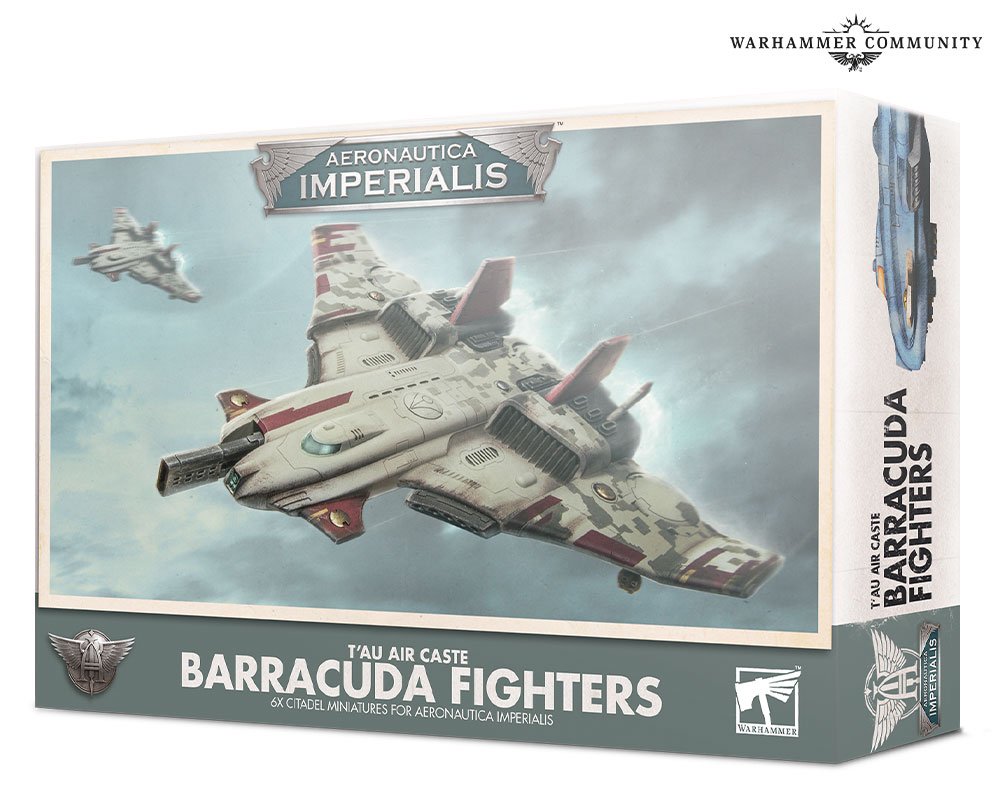 Releasing on the T’au side of things: the new Air Caste Barracuda Fighters. Fast, furious, and bristling with missiles, these fighters can be equipped with versatile weapon hardpoints and drone bays. 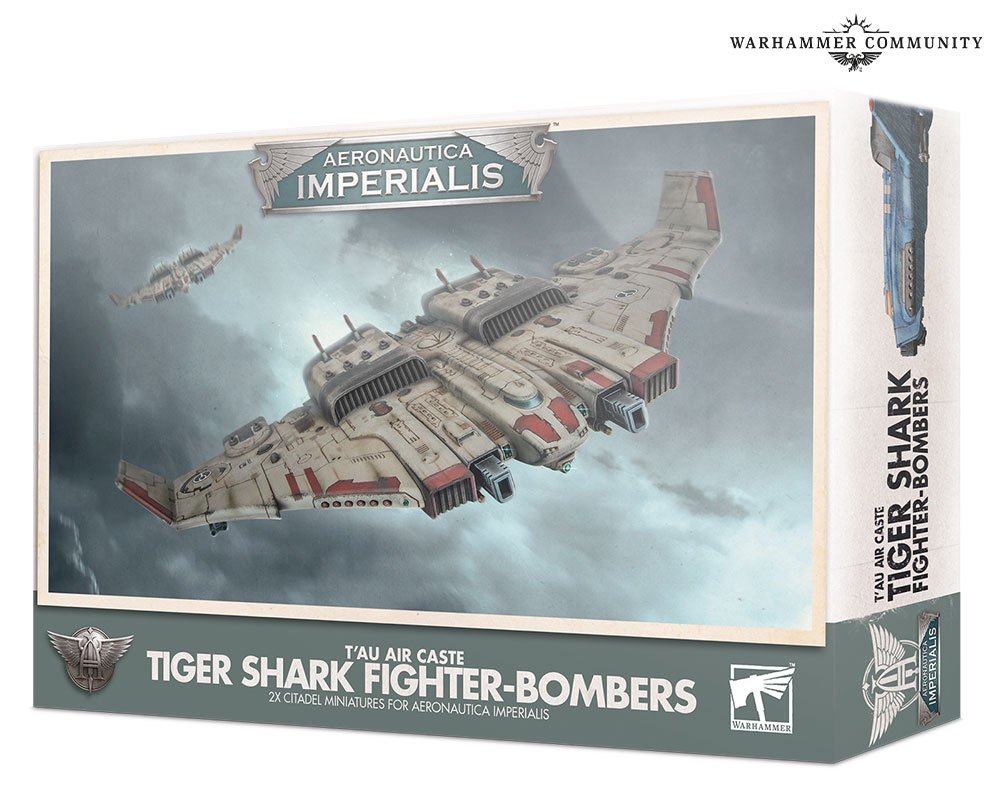 If you’re thinking that’s not nearly enough firepower, you’re right. Greenskins aren’t the only ones who believe in the philosophy of ‘more dakka’ and you can see it embodied in the Tiger Shark Fighter-Bombers, which come ready to attack targets in the air and on the ground. 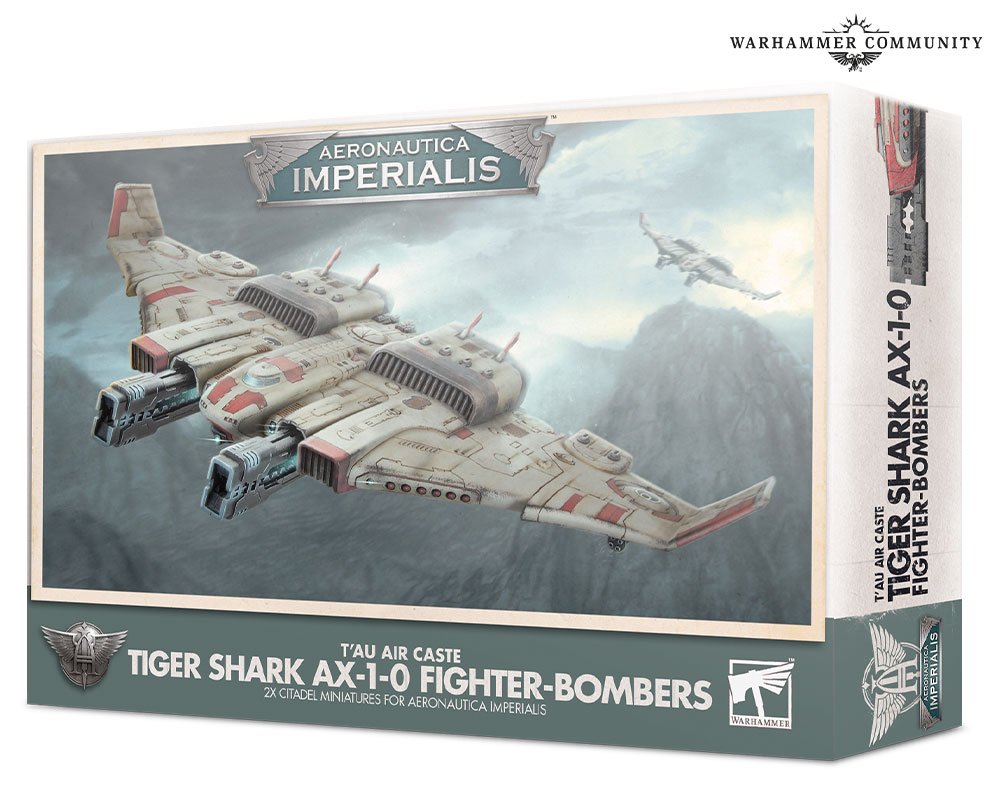 However, they aren’t the biggest guns in the T’au Arsenal. That distinction goes to the Tiger Shark AX-1-0 Fighter-Bomber, which is ALSO releasing this weekend. These planes are behemoths, armed with heavy rail cannons or heavy plasma accelerators, they can take on even the heaviest fighters. 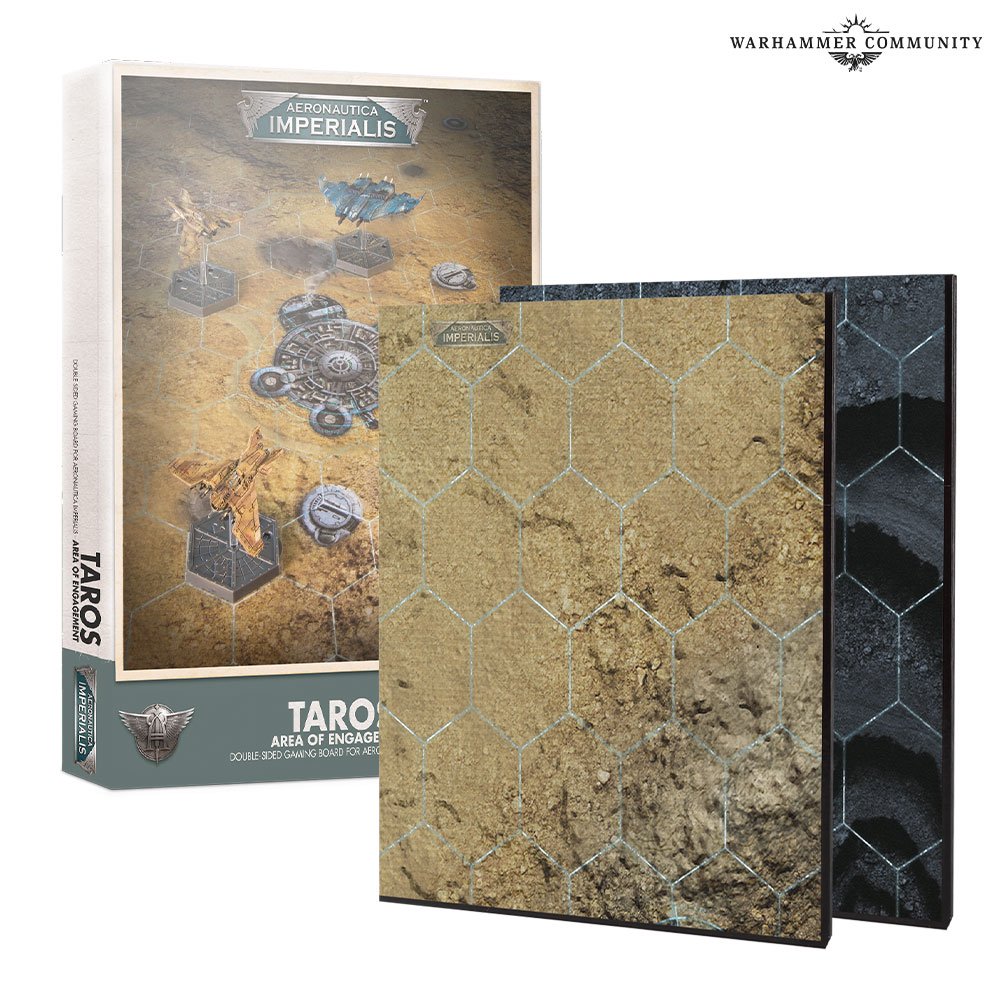 Of course, every game needs a battlefield, and the Taros Area of Engagement Board is here to give flight commanders whole new arenas to fight over–and they’re quite a bit larger too, at 19-by-18 hexes each.

New maps, new planes, a new starter set, what more could you want–all this and more, next week!

Author: J.R. Zambrano
Bell of Lost Souls Staff Writer and DM, J.R. covers RPGs of all stripes and on occasion eats sandwiches. You can ask him about either at [email protected]
Advertisement
Aeronautica Imperialis Miniatures Tabletop News Warhammer 40k
Advertisement 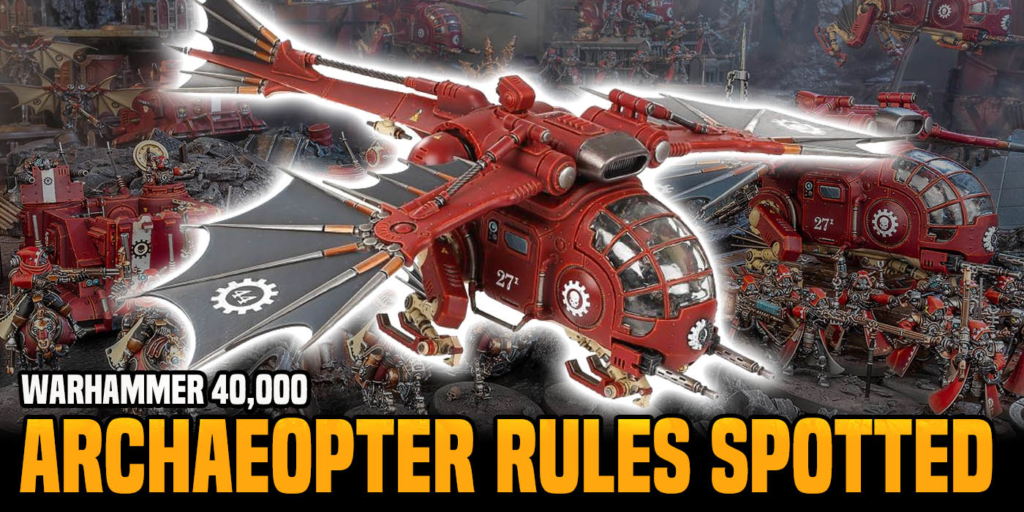