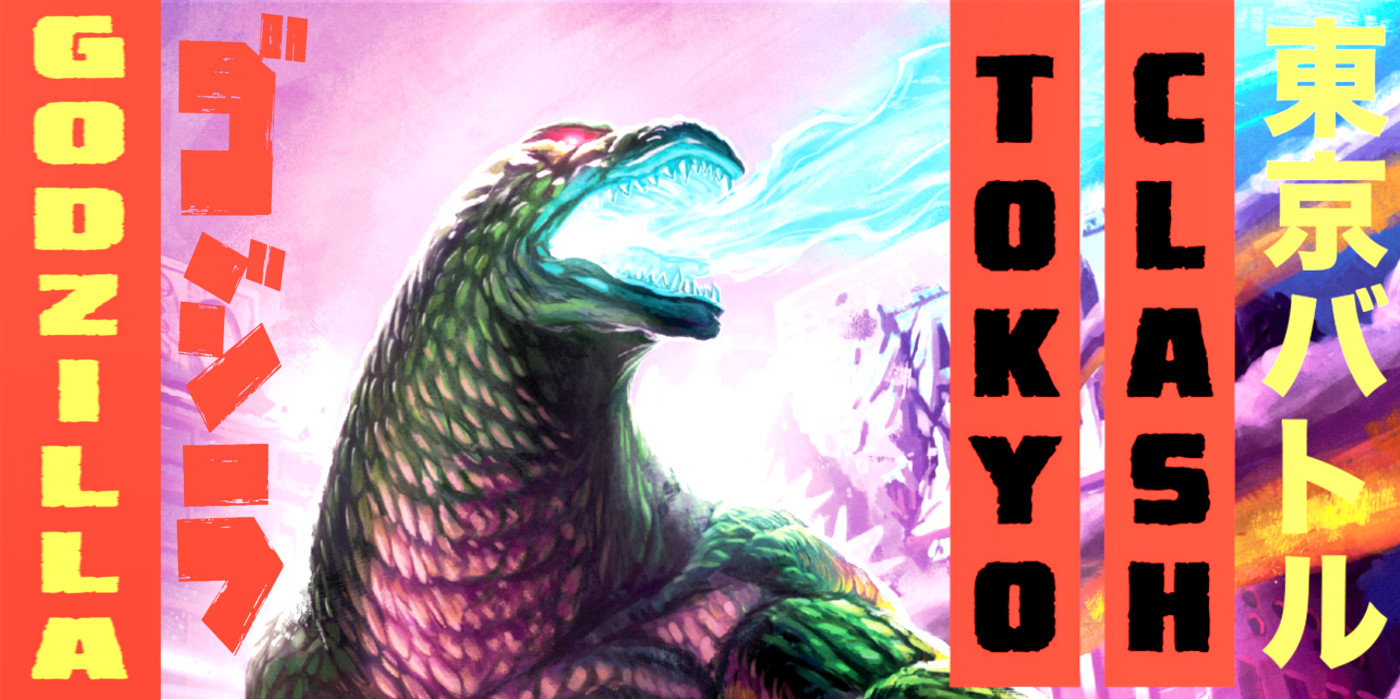 Battle it out to determine who will become King of Monsters. And if Tokyo gets destroyed along the way, so be it.

Godzilla: Tokyo Clash is a competitive strategy combat game with resource and hand management mechanics. The goal of each player is to have the most victory points by the end of the game. Points are earned through damaging your opponent to remove cards from their deck, which are worth points for you. 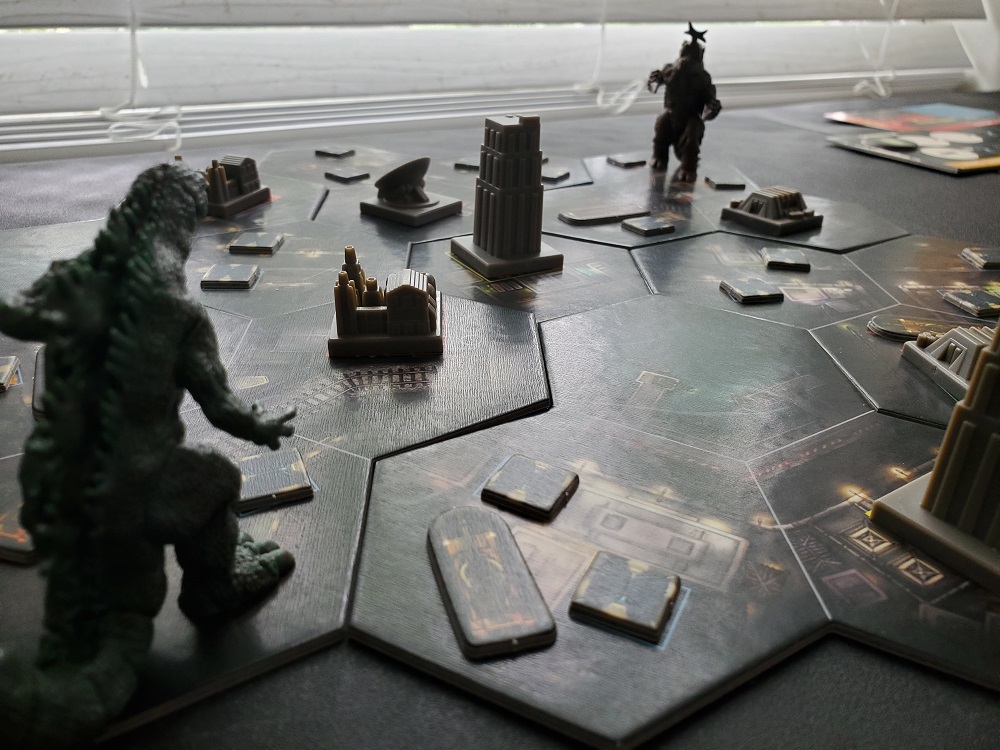 I tried to make it look all dramatic.

In Godzilla: Tokyo Clash, players take the role of the iconic kaiju of the Godzilla series. They turns playing cards to move around the city, throw trains and military tanks at each other and buildings, or even throwing other kaiju around. 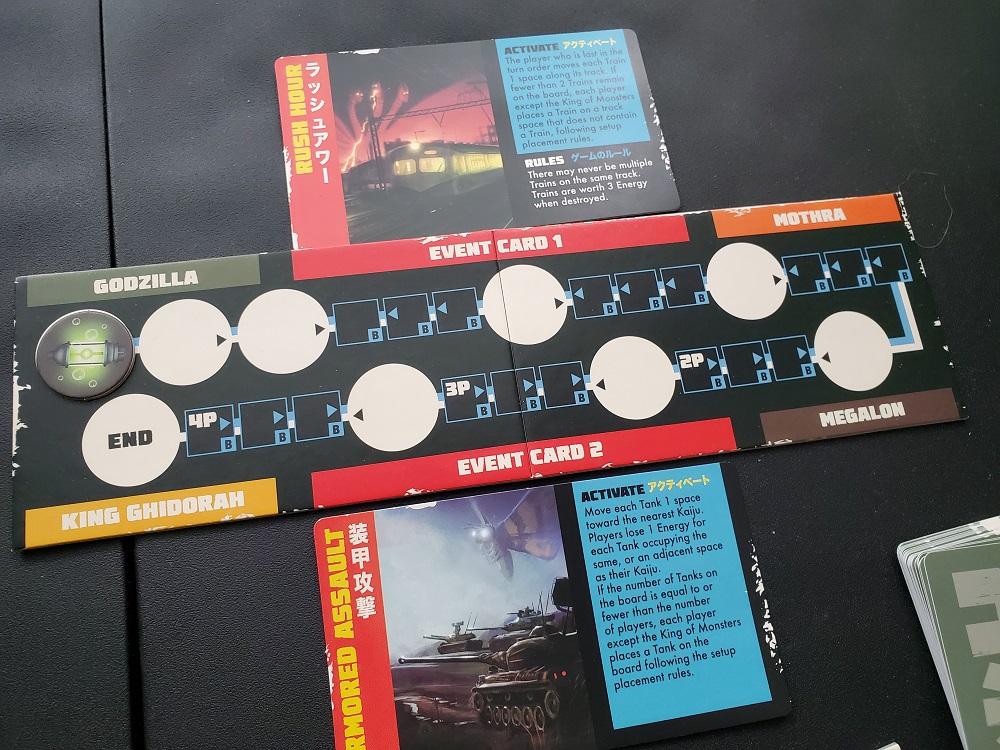 Every game starts with 2 random Event cards, which affect how the city will fight back against the kaiju

Each kaiju has a monster board to which lists their unique power, gives a place for their unique deck of cards, and keep track of the energy, which is used to play their cards. 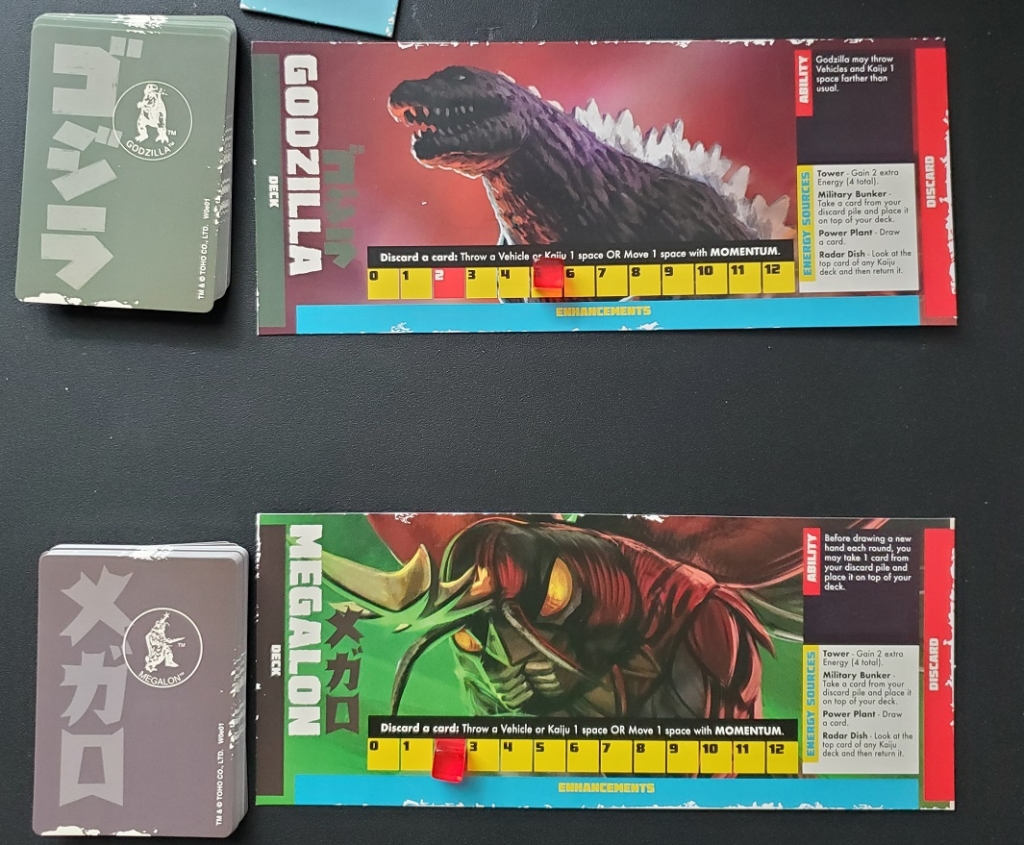 Each turn consists of a kaiju playing one card, performing the actions on that card, then the next player goes. Some cards have Momentum, which allows playing another card after that one. Typically, the actions kaiju will take will involve hurting each other or destroying the city around them. Any attack card can be used to throw a vehicle into a kaiju or into a building. Destroying buildings and vehicles grants that kaiju energy, based on which type it is. 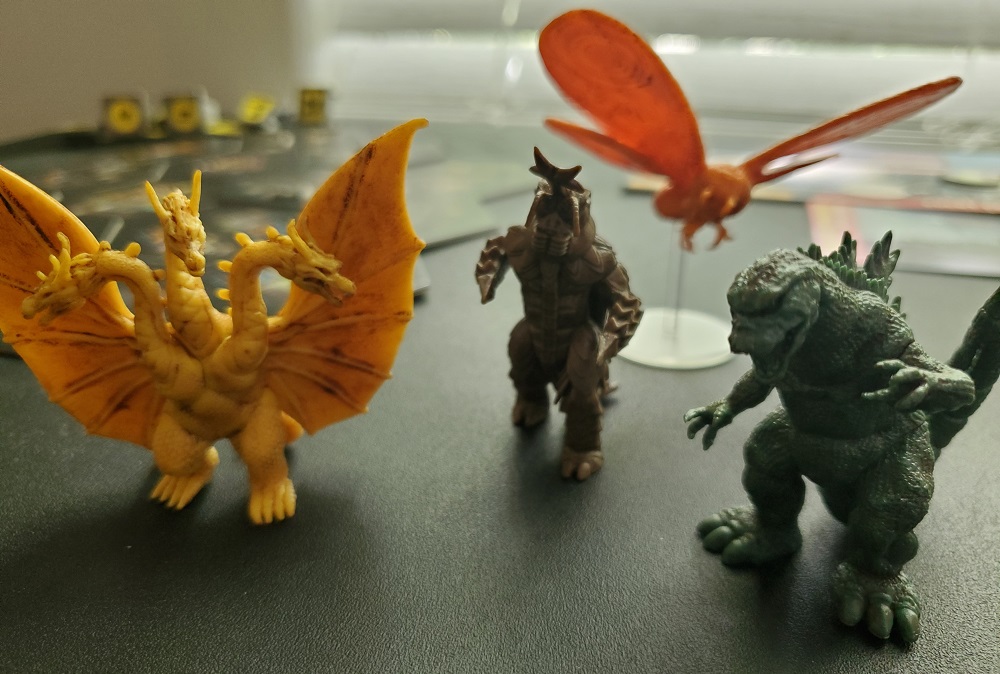 The game comes with Godzilla, Megalon, Mothra, and King Ghidorah.

Kaiju can also throw each other around and into each other, which is useful for setting up better positioning, but it’s also very funny throwing your opponent into a power plant, then blasting them with a very powered up heat ray. 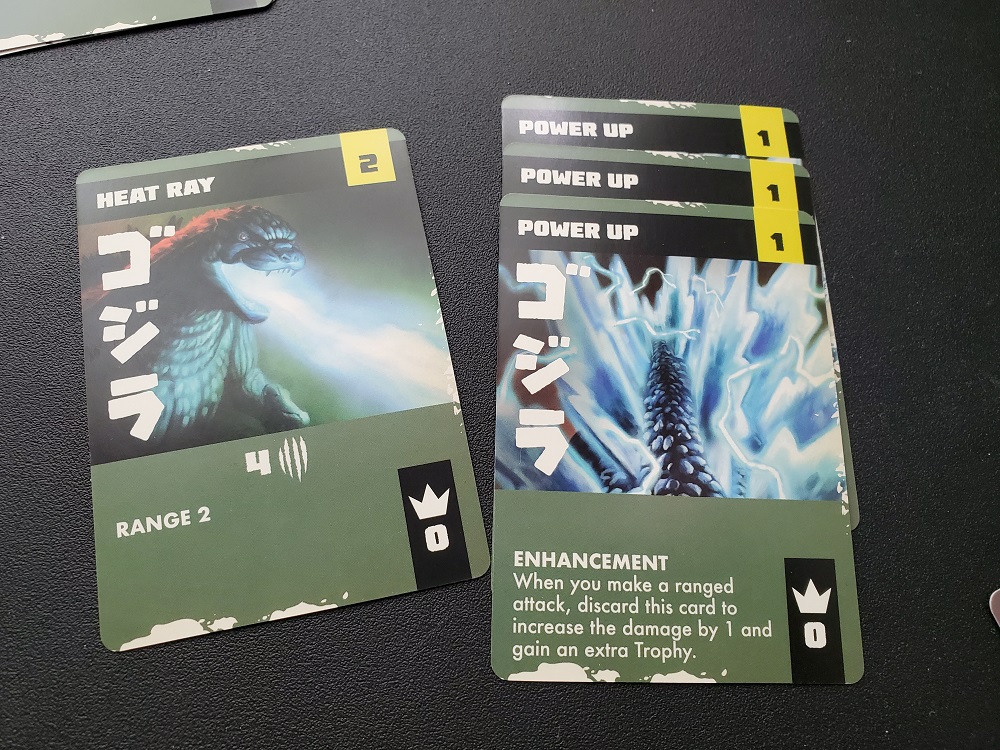 The rulebook has strategy suggestions for each kaiju. This was the recommendation for Godzilla.
It was super effective.

Any time a kaiju damages another, they draw a card from the top of the wounded kaiju’s deck, stealing one of them and placing it in their scoring area. Cards stolen this way are worth as much Dominance as listed in the lower right of the card. Once the game ends, whichever kaiju has the most Dominance is crowned King of Monsters and wins the game!

I always enjoy a good asymmetrical game. Godzilla: Tokyo Clash does a really good job of making each kaiju play differently. Not only does each kaiju have a unique power, but their decks are completely unique, which lend to different play styles and strategy.

The game I played was Godzilla versus Megalon, and I was convinced Godzilla was going to win by a landslide. As you saw earlier, I had a triple-charged Heat-Ray, which scored me 4 trophies from Megalon’s deck. Still, even with that huge blast and the onslaught of attacks from Godzilla, Megalon was able to defend a lot of damage and prevented from giving up even more trophies. 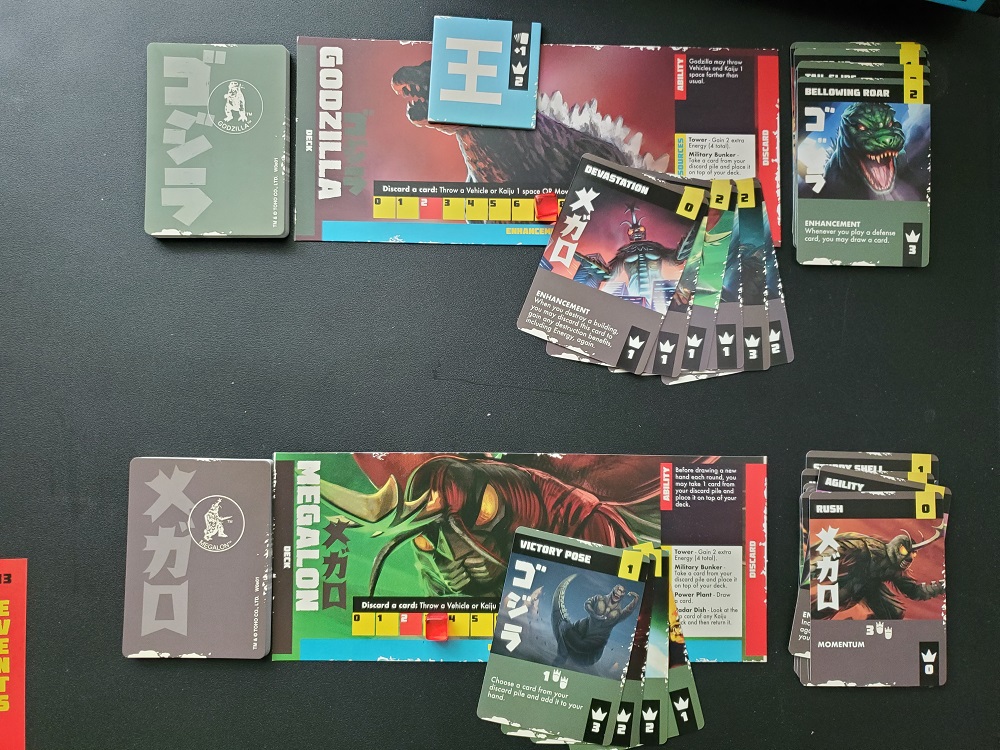 But it wasn’t enough. Godzilla won by 1 point!

The main draw of Godzilla: Tokyo Clash is how easy is it to pick up. You do one thing a turn and the things you can do are what’s in the cards in your hand. Still, it’s got a good amount of strategy. Godzilla’s first round was spent hammering on Megalon, but then Godzilla had no energy left to defend and retaliate. Energy and card management are super important here.

Overall, if you’re a fan of the monster battle theme and enjoy light strategy combat games, Godzilla: Tokyo Clash is definitely for you! 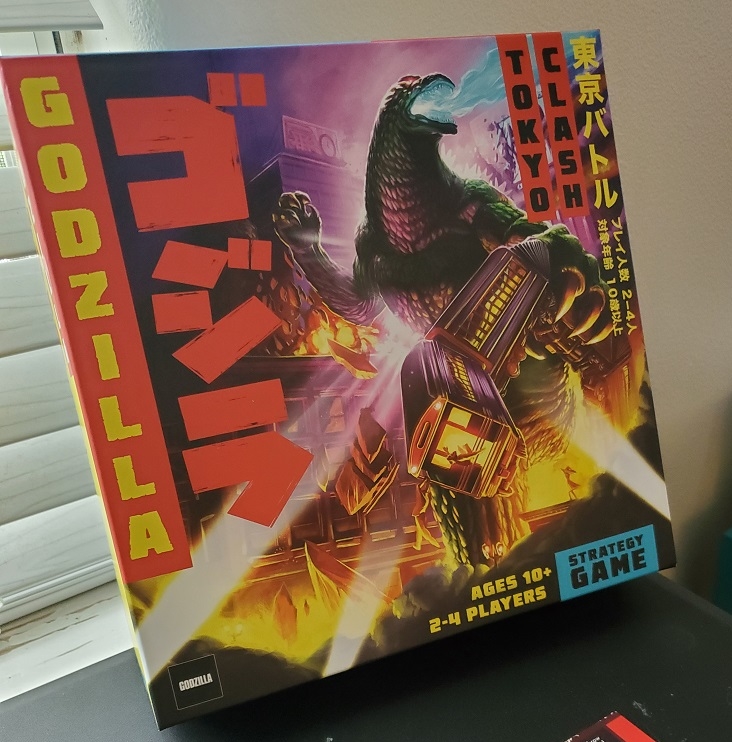 You are Earth’s most fearsome Kaiju – Godzilla, Mothra, King Ghidorah, and Megalon – battling for dominance as the most terrifying monster in Japan! Stomp across the vintage Tokyo cityscape, unleash  devastating attacks, and throw trains, tanks, and battleships at your enemies. Master each Kaiju’s unique battle style to gain dominance before the humans drive the monsters from the city! The game features an impressive 3-D table-presence with large-scale figures, buildings, and a modular gameboard so every game is unique!

Are you a fan of the old Godzilla movies? My first entry was Matthew Broderick’s classic, “That’s a lot of fish.”
I still enjoy it.

Author: Matt Sall
Matt has loved games of all kinds his whole life: board, video, war, roleplaying. He's worked as a writer for BoLS since 2017. He's worked as freelance editor for board game rulebooks and has designed many of his own games as well.
Advertisement
Board Games Godzilla & Kaiju Rules Tabletop News
Advertisement

D&D: Here's A Look At Everything Coming Out For D&D This Year 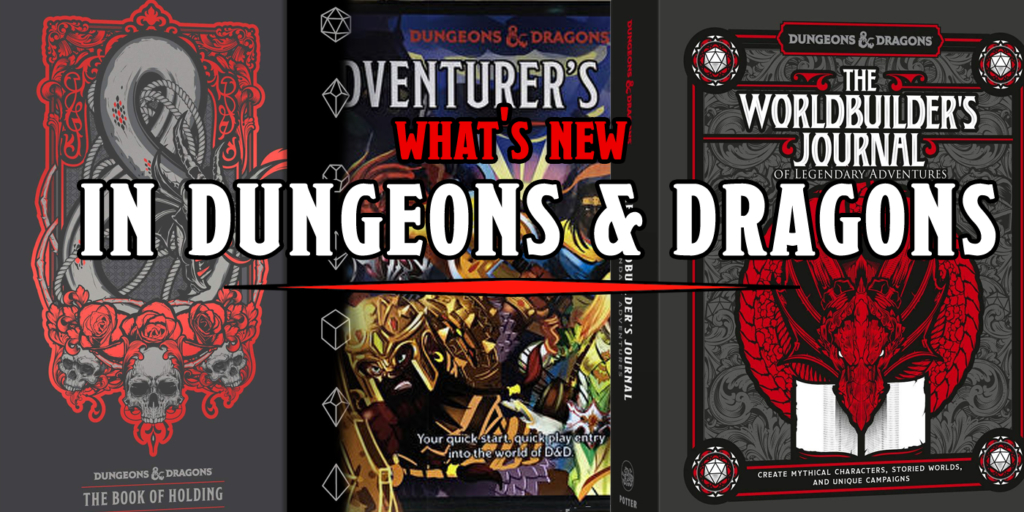