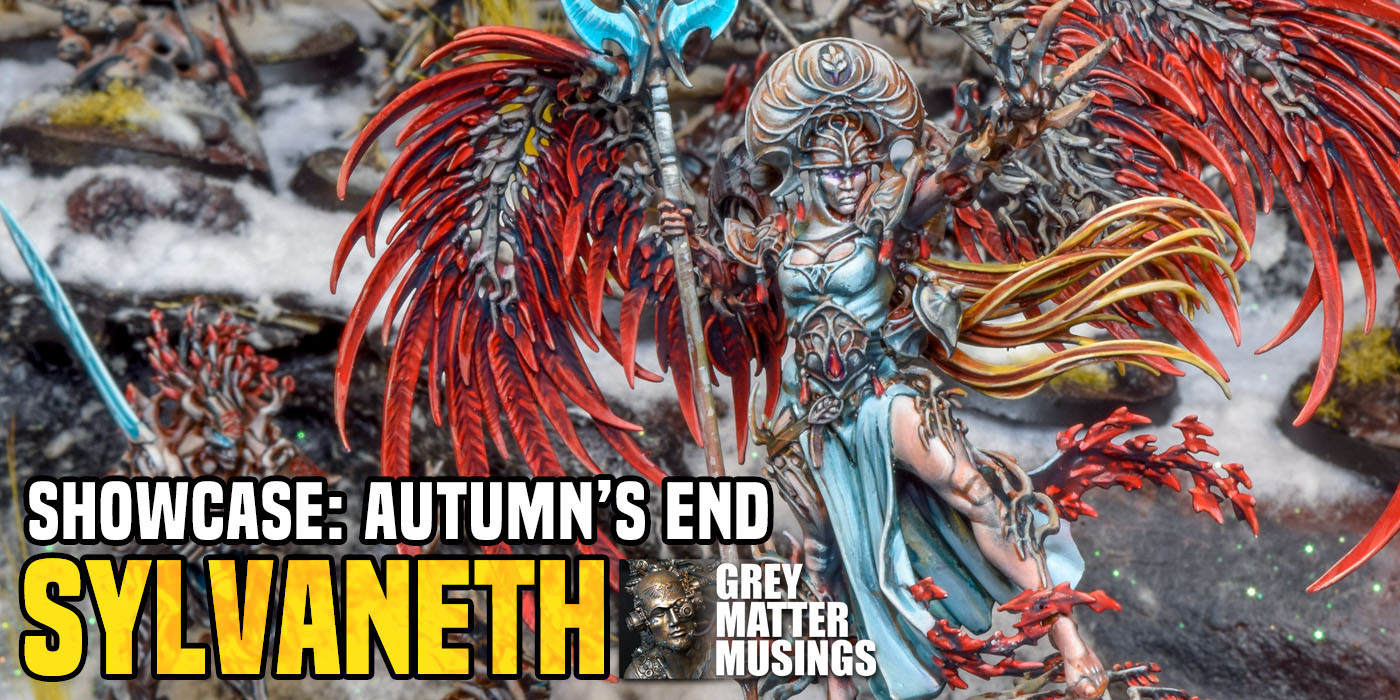 Advertisement
Another Age of Sigmar army finished and ready to roll out. This one just at the passing of autumn to winter. 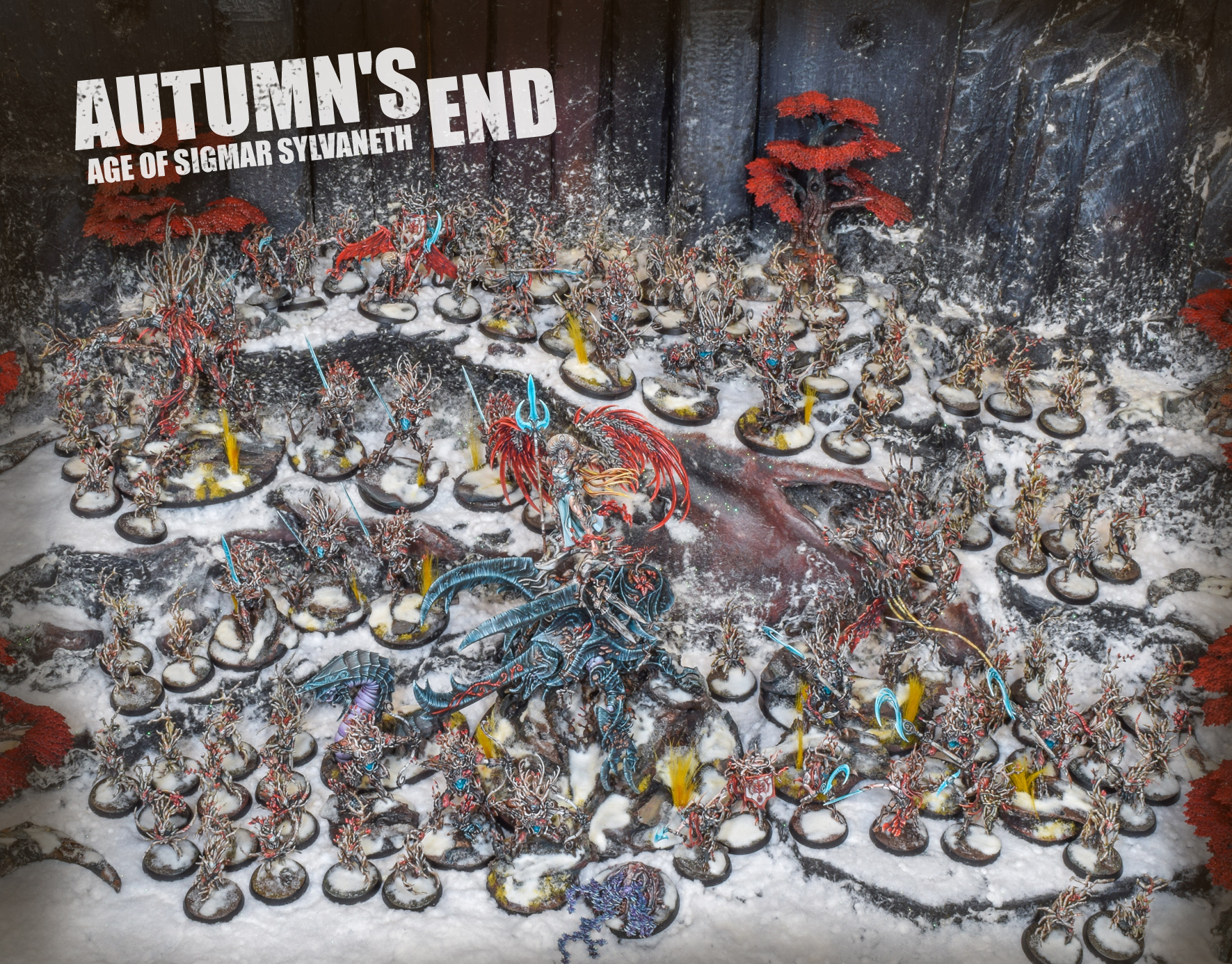 This army is a Sylvaneth Age of Sigmar batch themed around the end of Autumn and the fade into winter time.  This project began as a simple but specific premise and idea of the client.  I work with all ranges from no idea what someone wants to very specific and fleshed out army ideas, and there is a lot of fun in the range in between too.  For this army the client’s base ideas were a simple range of colors they would love to see – icy look and icy blue accents, darker old wood, lighter new wood, and some red color thrown in for accent as well. 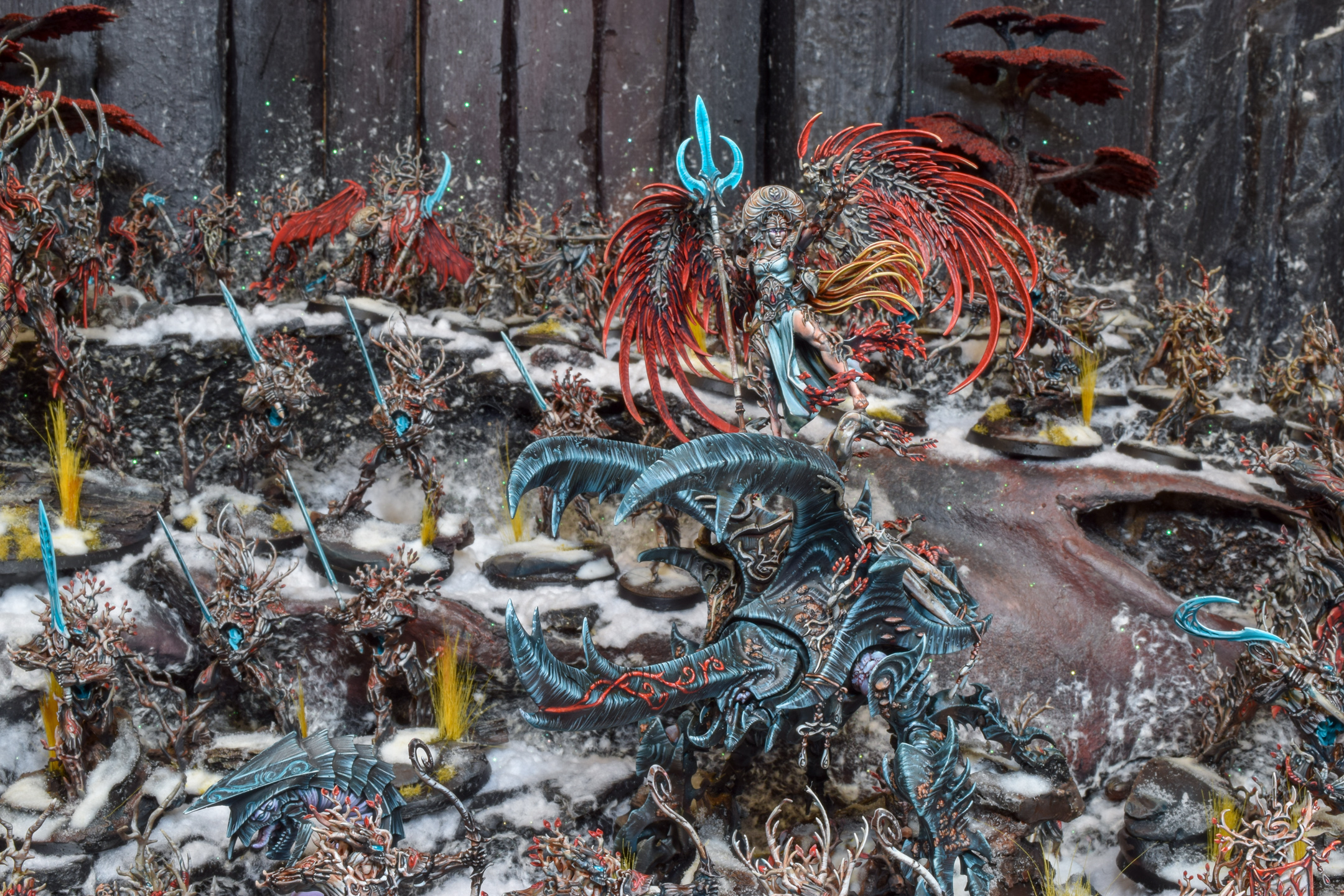 Sometimes within that range of structure in a client’s vision, there is an army that is simply colors they love but maybe no specific theme.  That is fine, and I actually enjoy those for the challenge of finding something that wraps around what they want but adds even more that they weren’t expecting or knew was hiding within that.  So thinking within that set of colors, what came to me was a bunch of Sylvaneth that are transitioning from fall to winter.  This sets off a play on both the red and the icy blue, which otherwise might not work so well, or seem two colors simply applied to a tree model, which I am sure if you think of armies painted just with “I like these colors” but nothing beyond that looks like. 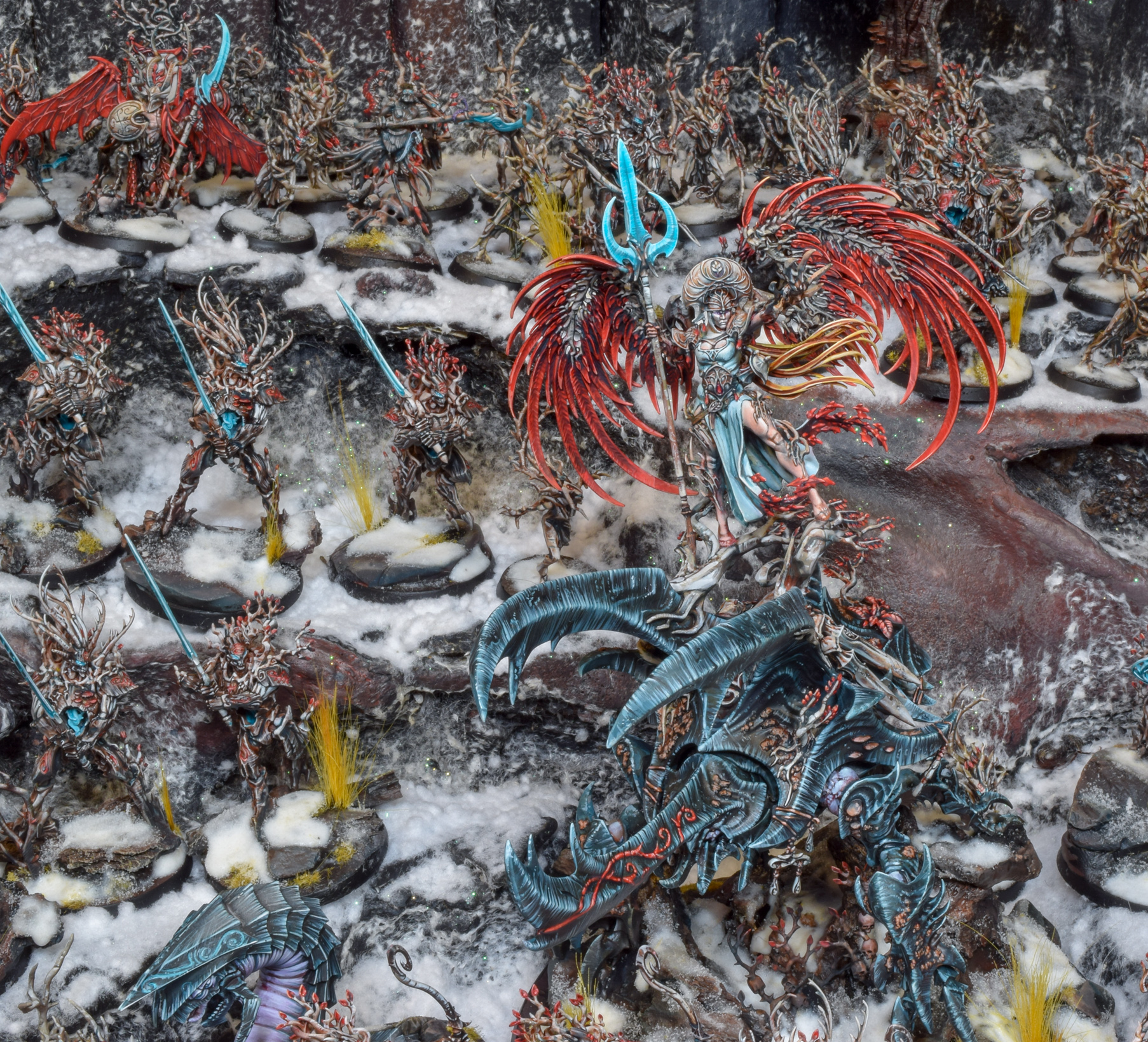 There were also some other pleasant surprises that just by nature of working on them came to me or appeared.  They have a bit of an overcast feeling in the tone which I really love.  Treefolk walking through the woods, leaves still hanging on, but the cold of winter and that first heavy snow wet with still slightly warm weather.  The new season powering them from within. 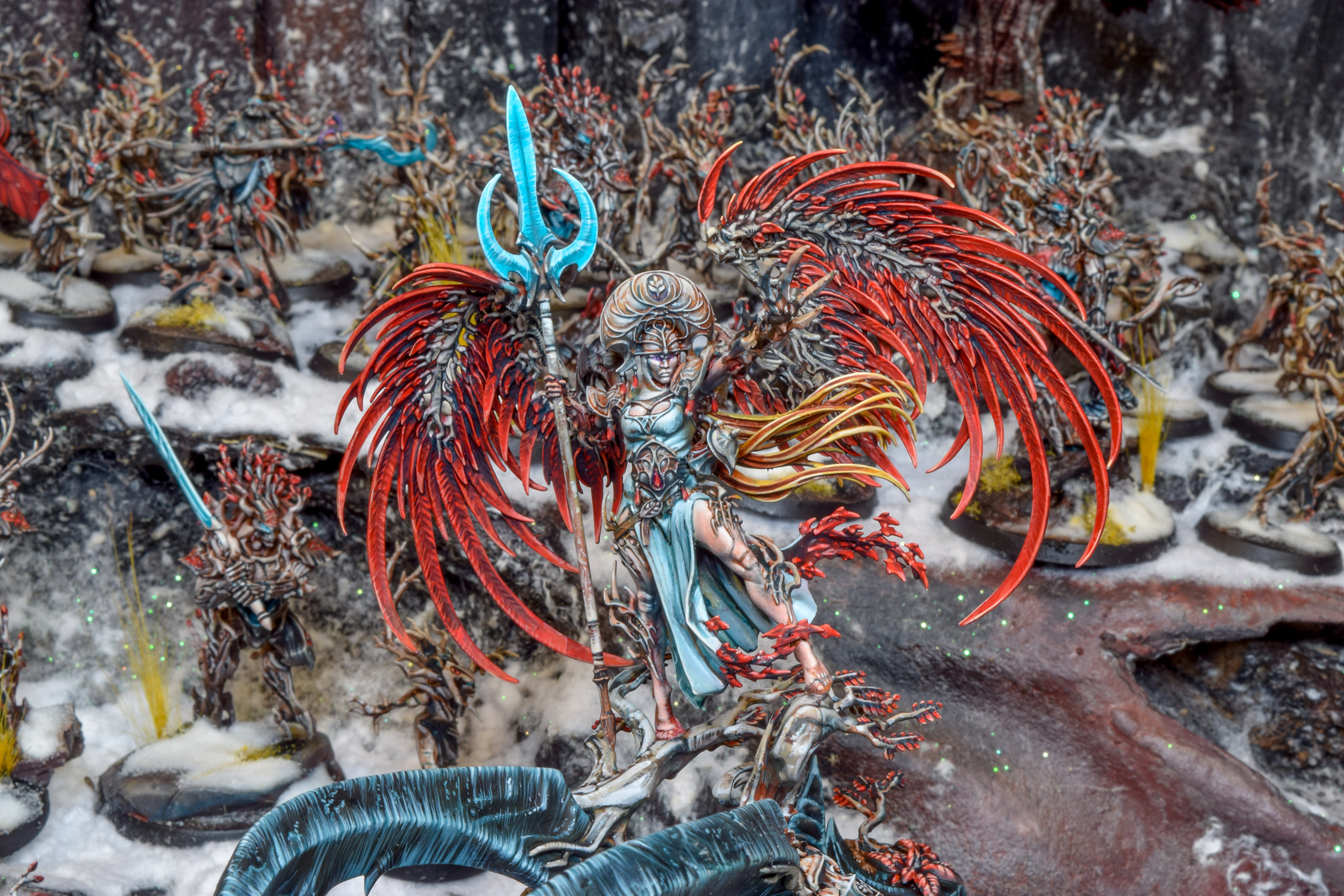 In the end a straightforward but fun exercise and an example of why I really enjoy any range of ideas a client might come to me with, and lucky to be able to have that switch up from project to project. 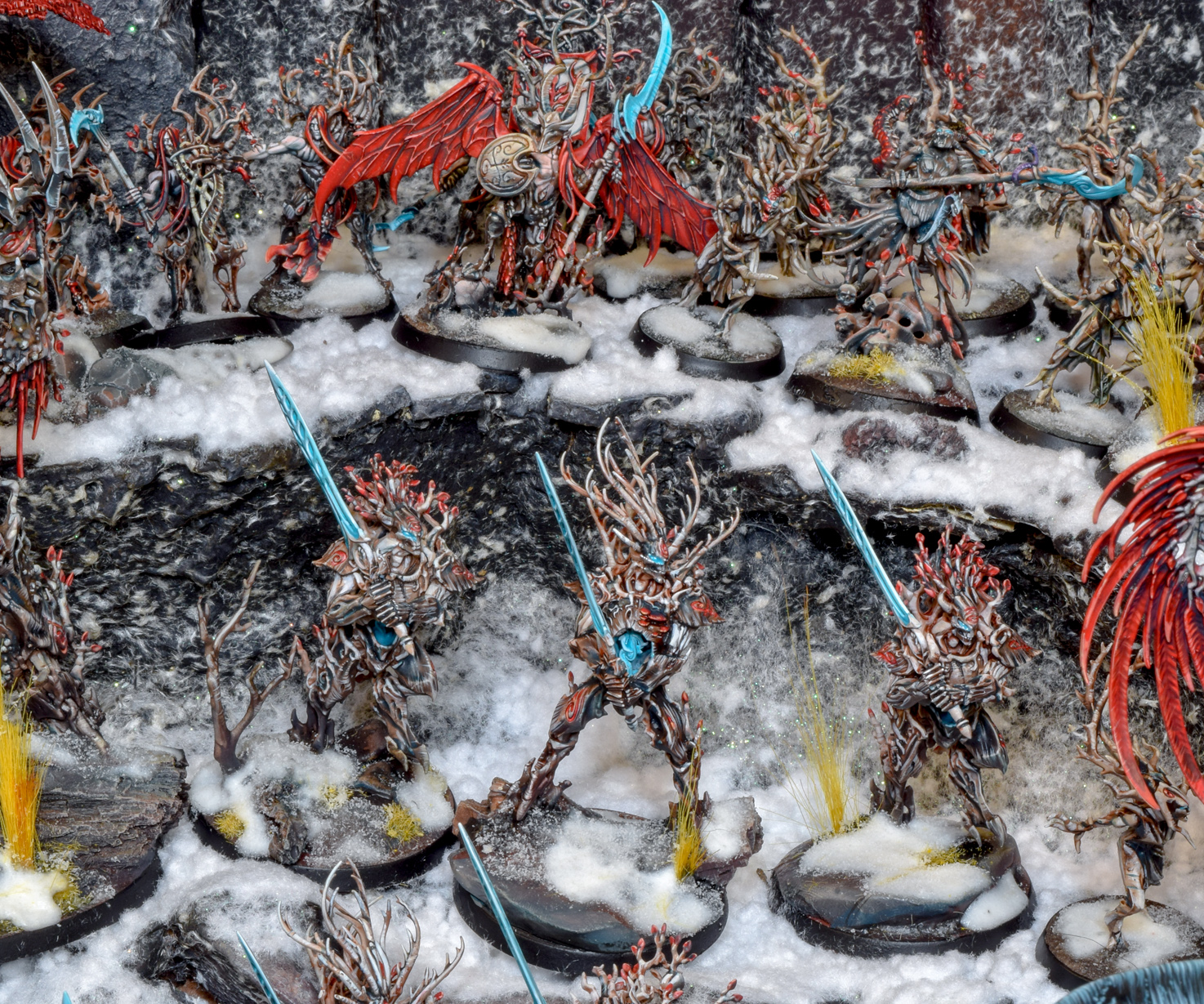 That is all for this time.  Next up is some Tzeentch themed Dwarves for AoS, which will be an awesome example of the far end of the spectrum – an army with a fully fleshed out idea from the go that just needs nothing from me but to do it.  Unique and colorful, which is right up my alley.  See you then! 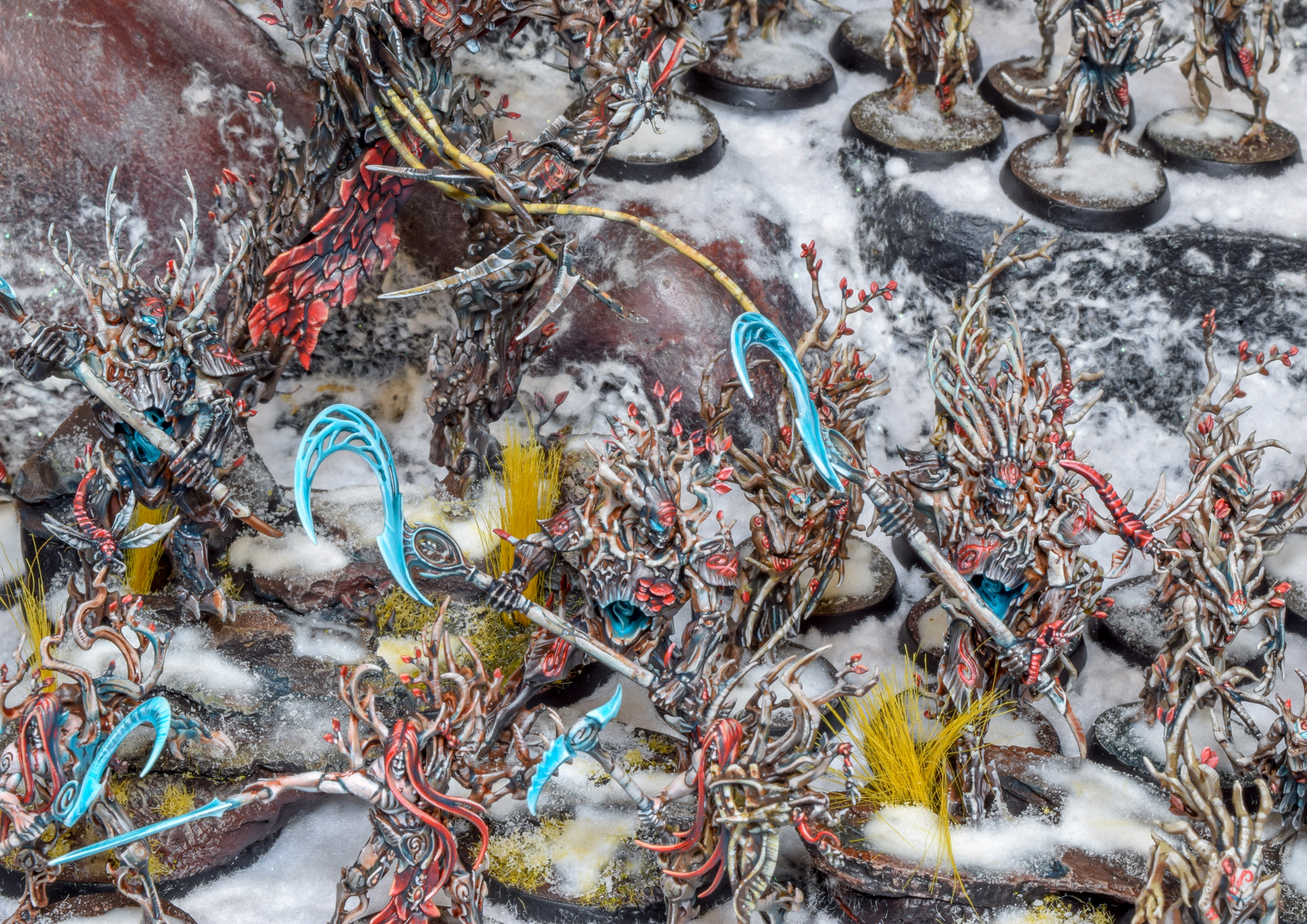 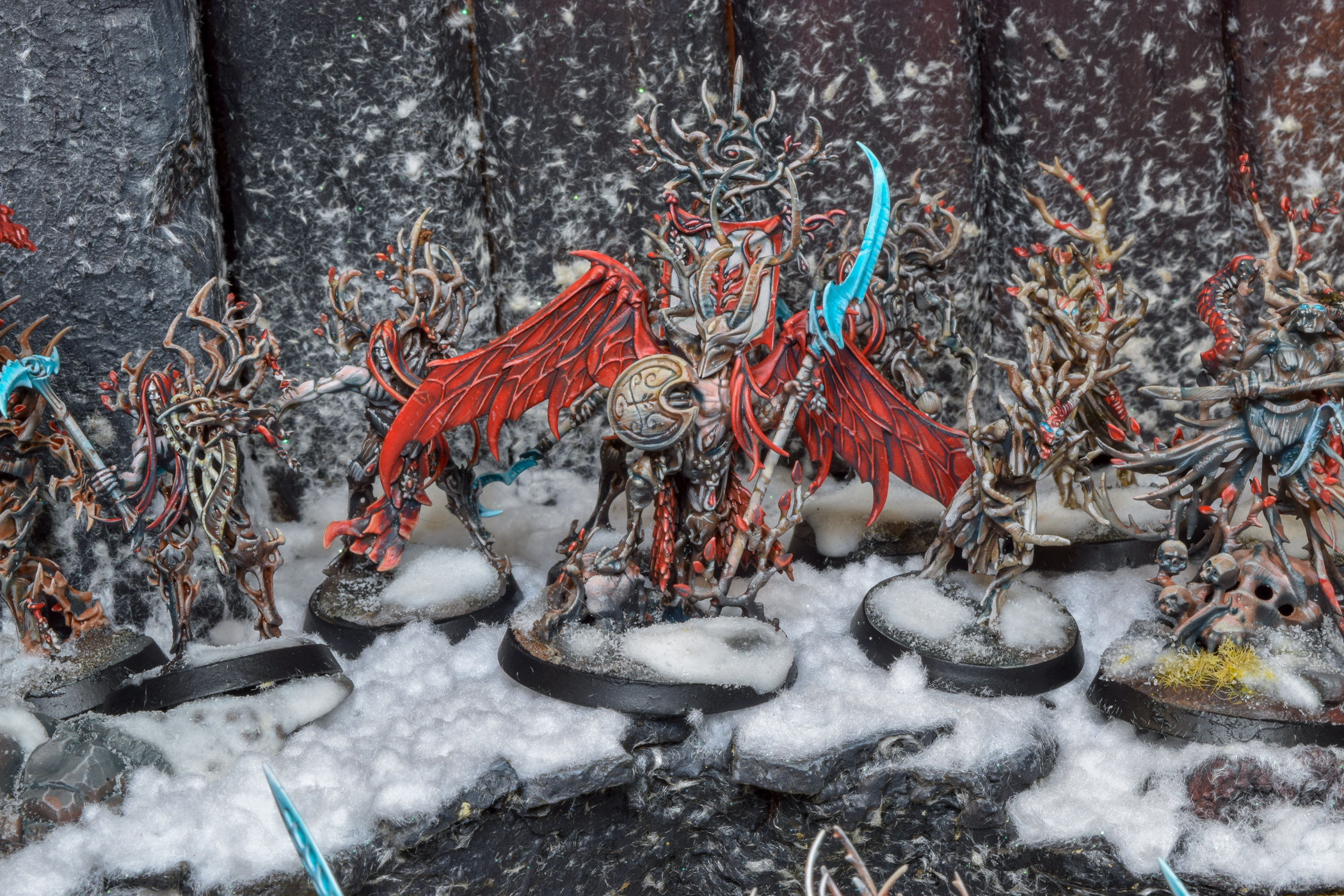 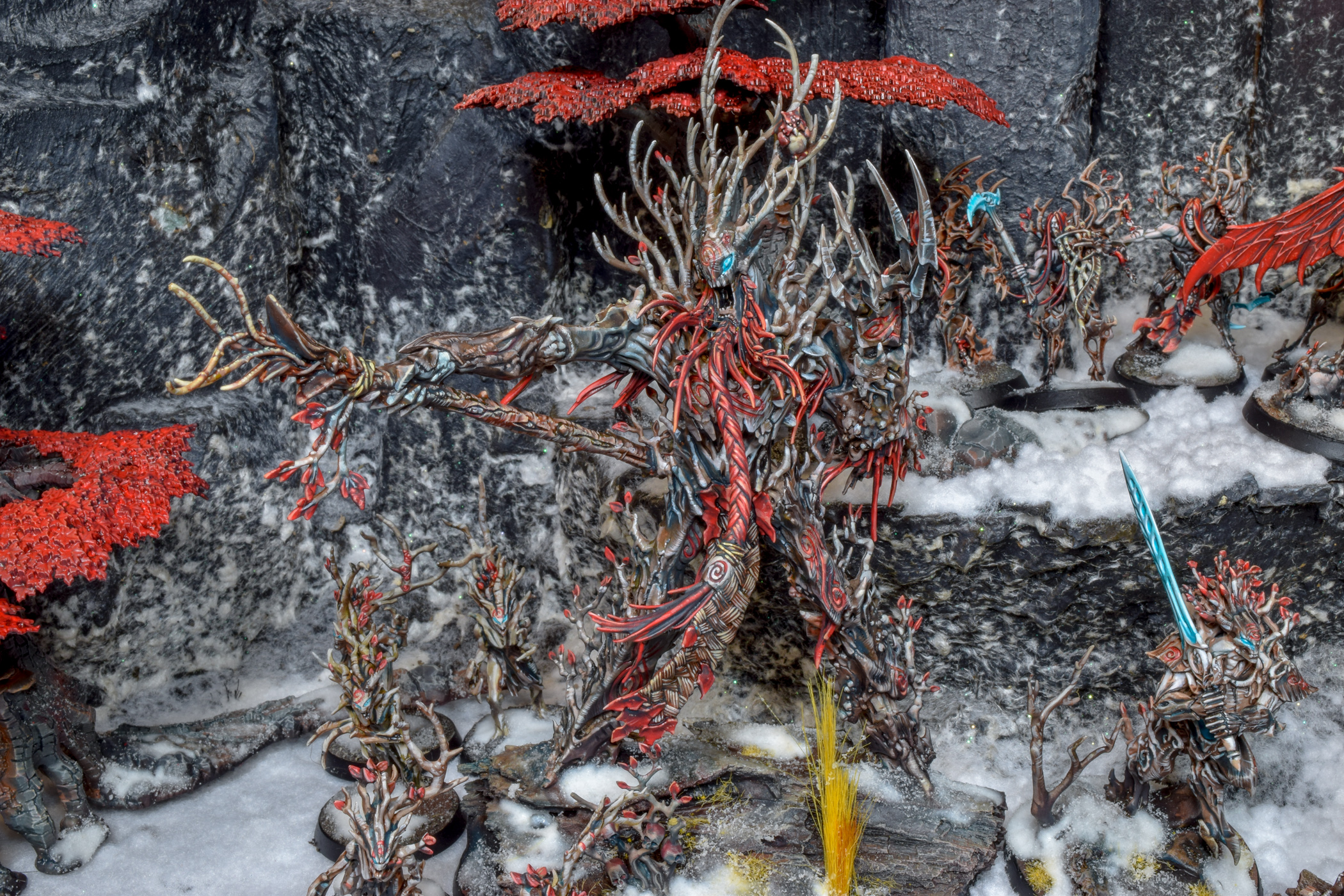 Author: Brandon Palmer
Brandon Palmer, is a prestigious professional miniatures painter. He is the man behind GMM Studios, and one of the top quality miniature artists in the world. He began covering his works for BoLS in 2015.
Advertisement
Age of Sigmar Hobby Miniatures Painting
Advertisement

Warhammer Next Week: Lumineth Realm Lords And A Closer Look At The Indomitus Box 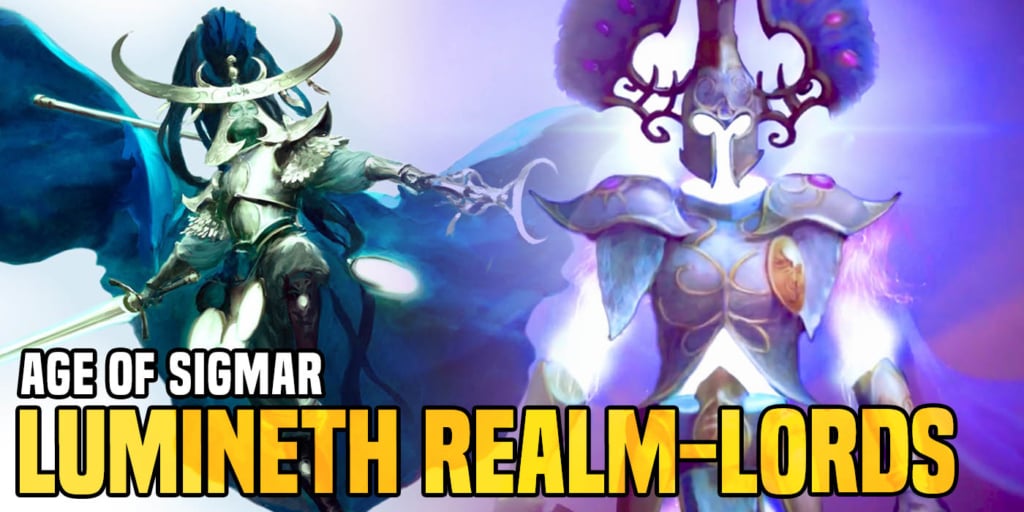