RPG Spotlight: Jump Into The Ring With World Wide Wrestling 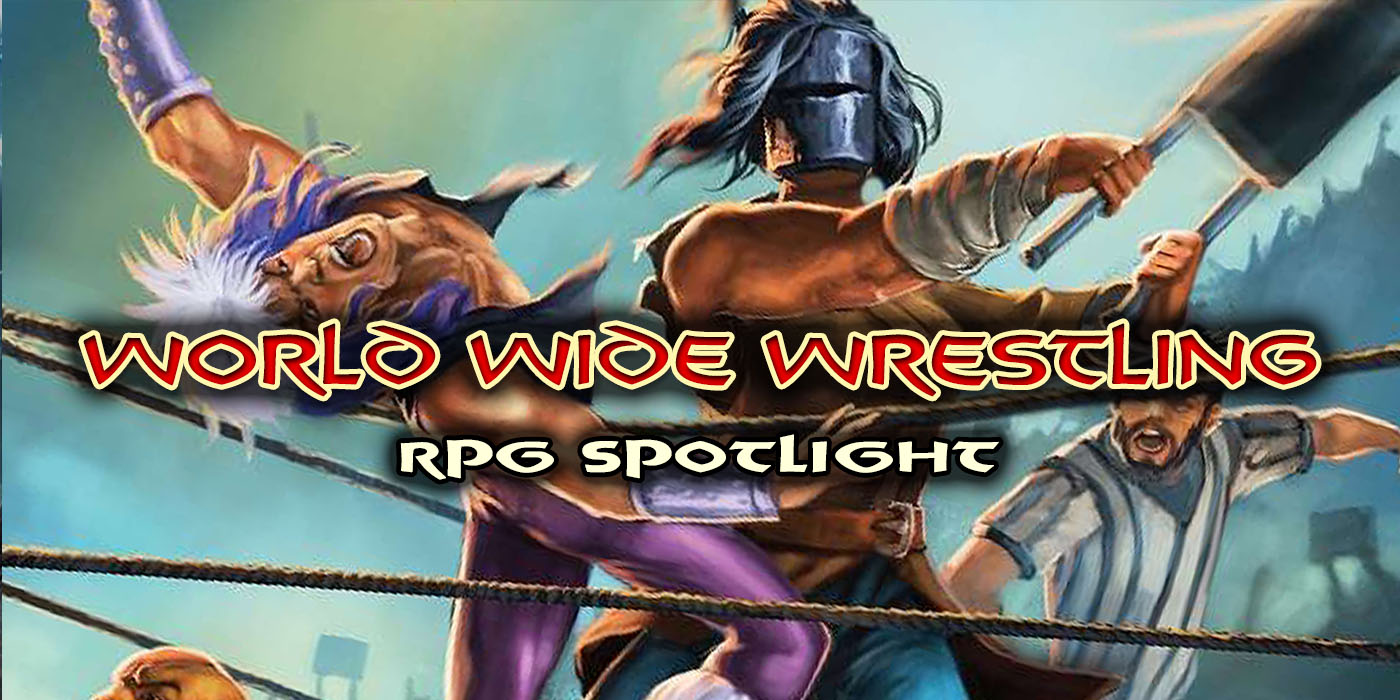 Pick out your ring name, lace up your boots, and get ready to rumble. This week we’re bringing a little World Wide Wrestling to the RPG table.

If you haven’t been paying a ton of attention to gigantic world of indie tabletop RPGs, you may have missed the 2015 World Wide Wrestling RPG, a game Powered by the Apocalypse, that let’s you step into the wrestling boots of your favorite Smackdown star. And if you did miss this five year old RPG, you may have also missed the widely successful Kickstarter for a second edition that made almost 800% of it’s goal earlier this May. Do you hear that? It’s the crowd going wild. 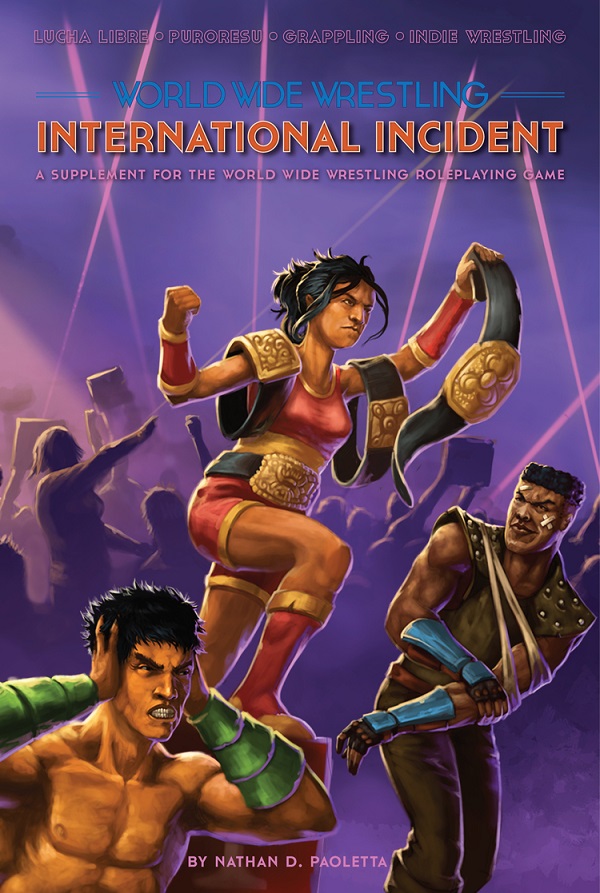 Being a Powered by the Apocalypse based game, World Wide Wrestling is simple, open concept, and driven by creativity and concept. In fact, similar to how many professional wrestling matches are scripted with winners predetermined, the GM for World Wide Wrestling is supposed to pick the winners and losers in advance. Will this be based on the character’s backstories and roles? Perhaps to propel forward some soap opera story-line in tiny shorts? But you as the player are allowed, and possibly even encouraged by the game itself, to throw all of those plans through a table and do your own thing. The only question is if you have enough control over the match, and that depends on how well you roll.

Like every Apocalypse game character creation is a snap; just pick your favorite variety of wrestler, fill out the double-sided character sheet, and make your way to the ring. Are you more of a Celebrity? An Ace? Maybe you live for the jeers and claim your place as the Heel. Every character type is a little different in personality and abilities, but still customizable to make entirely your own. 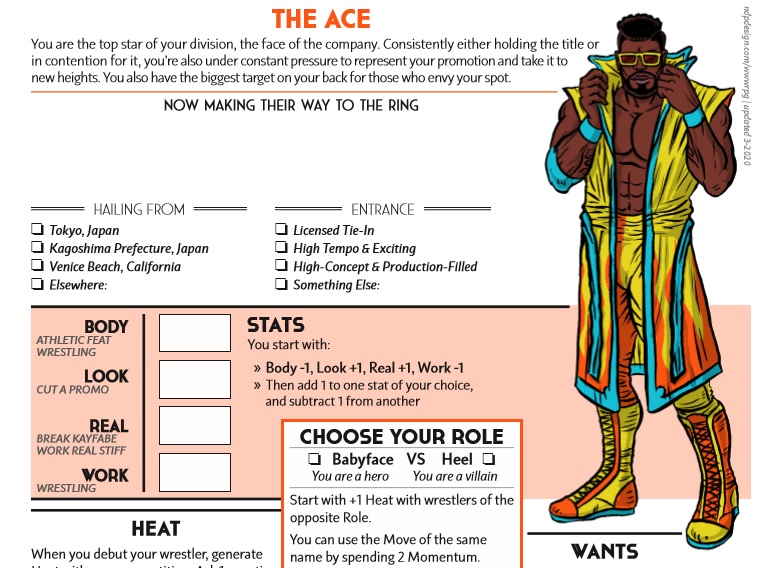 Similarly, the Powered the the Apocalypse rules stay pretty standard across every game that uses their rules. Every roll uses 2 D6 combined with your relevant stat. A 10+ is a success, a 7-9 creates a situation where you will succeed with a complication or drawback, and a 6 or less is a failure, or in this case “A Botch.” But this isn’t any old Apocalypse based RPG, this is World Wide Wrestling. You can join a tag team match, work the audience, grab the mic and cut a promo, or do one of your signature wrestling moves. When you Botch, you earn “Momentum” which you can use to do this game’s equivalent of leveling up, and when you climb the metaphorical ladder of audience love, you earns boons.

This isn’t a game you’ll come back to over and over again for weeks and weeks at a time. There aren’t long campaigns hidden away in World Wide Wrestling as much as handfuls of episodes with enough spandexed melodrama to keep it funny. And that’s perfect. World Wide Wrestling is a fun, low stakes RPG. The more no-ER-bills version of practicing wrestling moves you saw on TV with your siblings. It’s silly, it’s kitschy, and it’s fun. 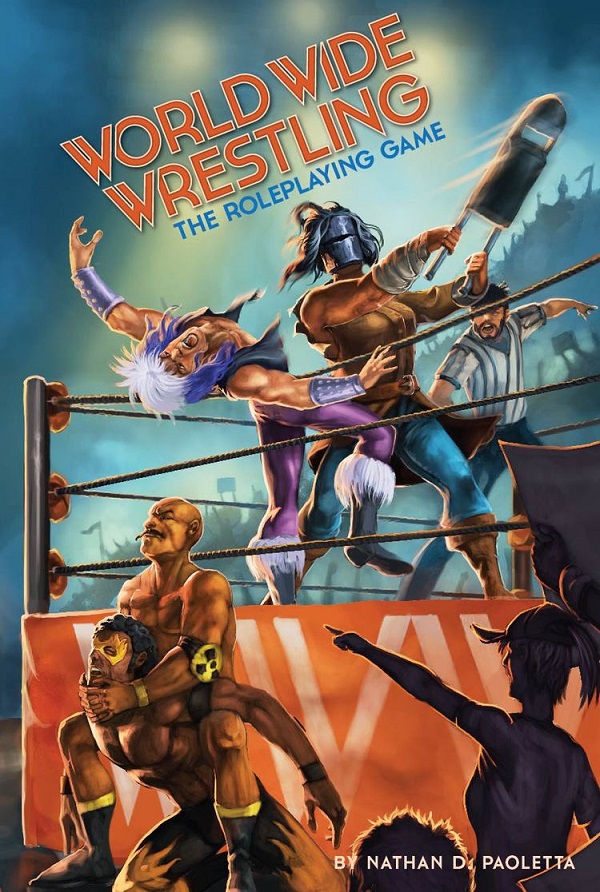 If you have your costume, catch phrase, and backstory all ready to go and you want to jump in on the action, you can get a copy of World Wide Wrestling on the NDP Design online store.

Do you have your RPG pro wrestling persona figure out already? What’s their name? What about their signature move? Let us know in the comments!