Warhammer 40,000: The Real Life Origins of Your Favorite Characters – Prime 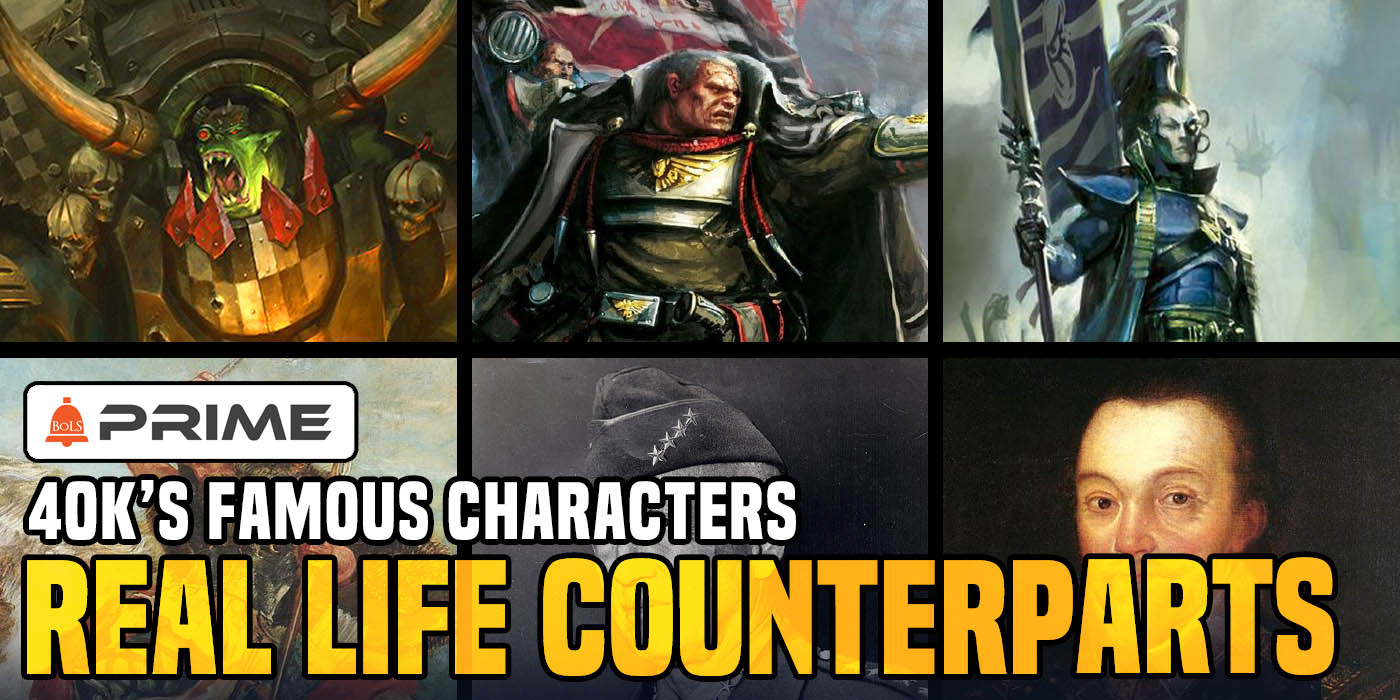 The universe Warhammer 40,000 is a massive, sprawling setting. A hundred thousand story threads weave together to form a sprawling tapestry of tragedy and heroism. Tales of betrayal and loyalty, brotherhood and war, are played out on a galactic stage. Today folks it's time to turn back the clock once more and delve into some real world history. We've looked at the influence history has had on Warhammer a few times before, looking at battles, Primarichs, and the Emperor.

40K is filled with memorable characters, both liked and those worthy of being despised. The lore has always featured these larger than life heroes, from the demi-god Primarches to the lowly grunts that of the Imperial Guard, such as Try-Again Bragg who you know and love. Many of these characters where created from whole cloth or have no clear inspiration. Others are clearly inspired by other works of fictions. Many however are also clearly based, to one degree or another, on real world people. Today I want to look at some of the most popular generals and leaders of the 40K, leaving aside primarchs whom we've already covered, and try to discern their real world inspirations.

I do not claim that what follows will be in any way comprehensive. This is merely looking at a few of the most interesting cases. As always w...