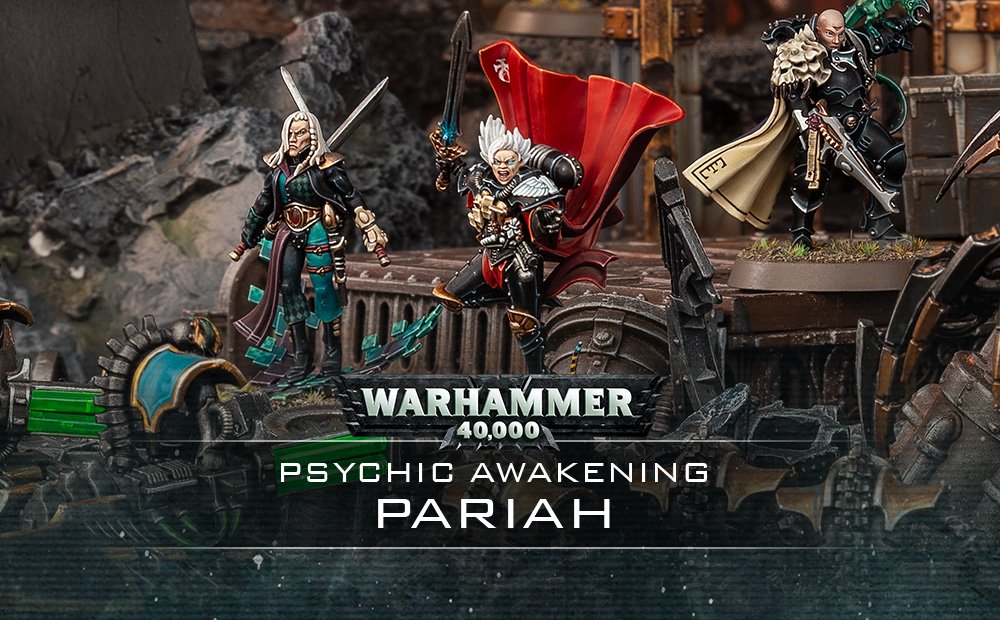 Games Workshop is showing off the final chapter in Psychic Awakening with Pariah. Take a look at the Table of Contents and some more rules to mess with your games!

Pariah is coming out with a pre-order this weekend. So what’s in the book? Well, take a look: 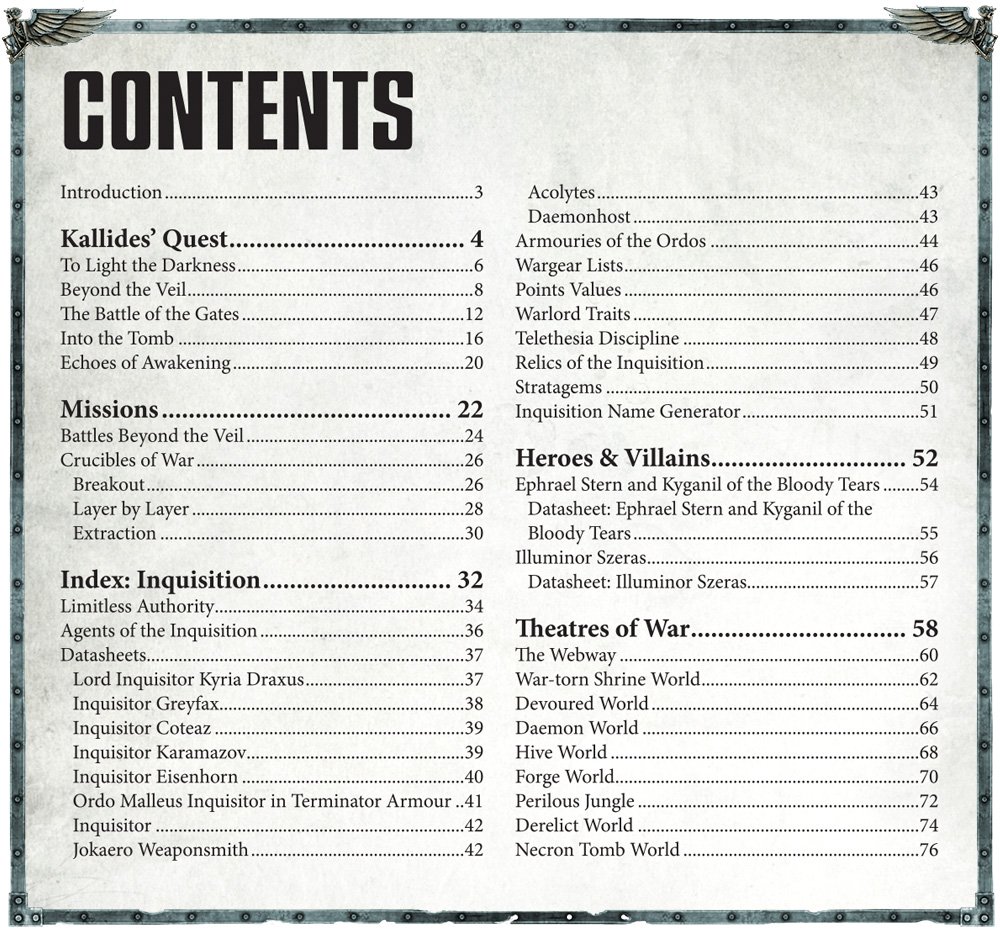 “Inside, you’ll find updated rules for fielding the Inquisition in games of Warhammer 40,000 and datasheets for Lord Inquisitor Kyria Draxus, the Daemonifuge – Ephrael Stern – accompanied by Kyganil, and Illuminor Szeras. New models for these characters are coming out alongside the book and they’re going to be a real boon for Inquisition, Adepta Sororitas and Necron armies respectively. “

With the new boxed set and a new edition relatively close by, what good will these new rules and options be? Turns out very good! Don’t forget the next edition will be using the previous codex and supplements (for now) so you can absolutely pick-up Pariah and use these rules in 9th.

What kind of rules are in the book? Well besides all the updates to both the Inquisition and Necrons, as well as new Characters, there are also rules for the Theaters of War. If you’re looking to put a brand new spin on your tables and games, you *might* want to buckle-up because GW has got some plans for you!

“These rules offer both a thematic way of playing Warhammer 40,000 and a new tactical challenge. Let’s see how you cope when the mere surface of the unnatural and terrifying Daemon world is enough to send your finest warriors out of their minds.” 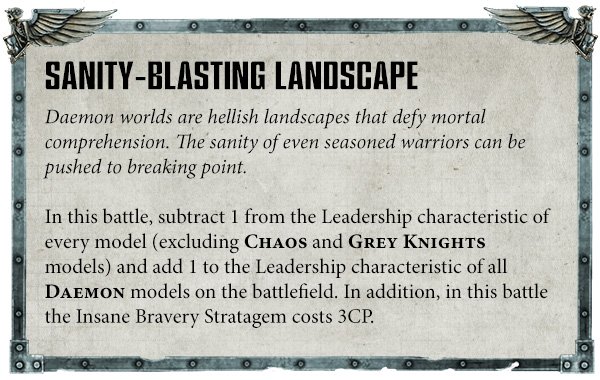 Playing on a Daemon World can make things a little crazy. And it doesn’t stop there. Why not check out the mysterious objectives while you’re at it:

“Roll a D6 before the game and see what effect your objective markers have on the battle. Sometimes you get a boon, or perhaps it’ll be a curse. Maybe they’ll be dedicated to Khorne and your warriors will be filled with bloodlust.”

And how about entire battlefield twists? Like Field of War which gives every model an extra point of Strength:

Personally, I’m all for changing things up with the Theater of War rules. I think these could go really well with the upcoming Crusade rules if you wanted to incorporate that into your games. If you really wanted to play out the narrative of your army, why not give these new rules a chance? What’s the worst that could happen?! 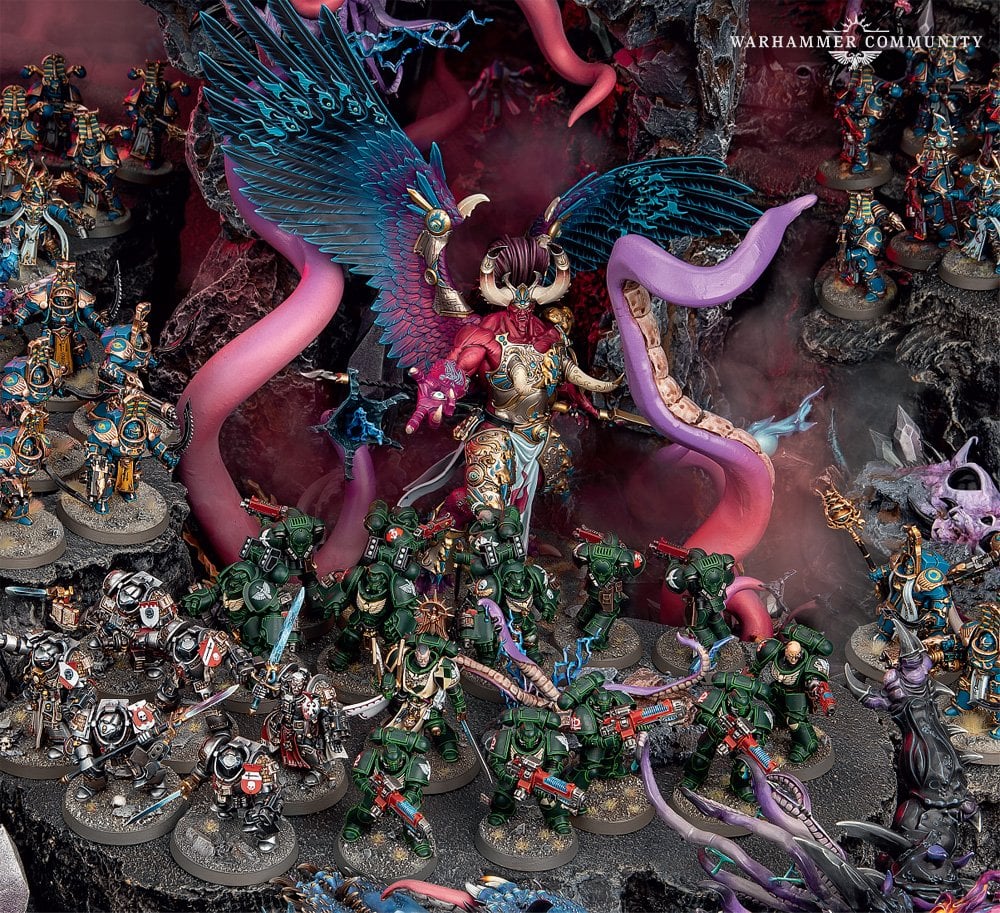 …And then the army turned to Chaos and was never heard from again. 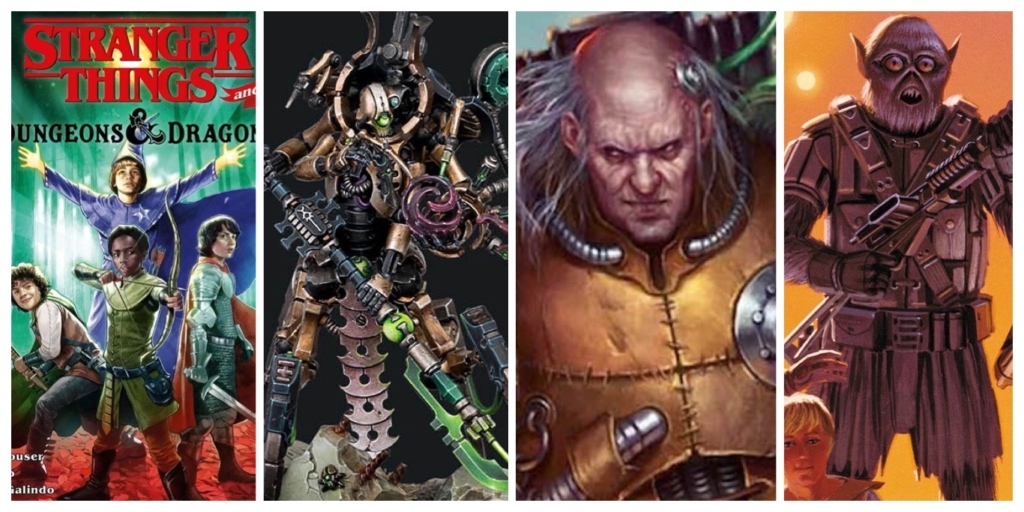