A purported list of all Blast Weapons in the new edition is out and about. Take a look.

Lots of people have been eagerly waiting for the full listing of Blast weapons in the new edition. The new revealed rules are spicy and promise to make a new category of weapons extra spicy in the next edition, especially against hordes. 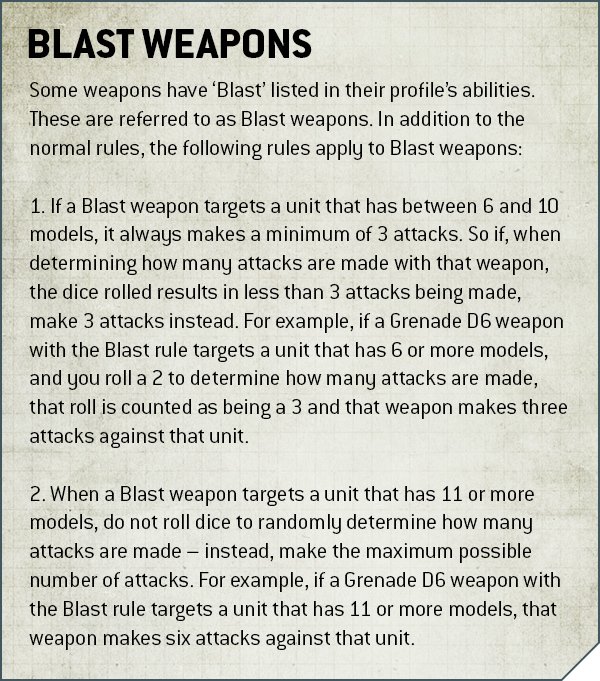 With anticipation high over the new changes, the big question is exactly which weapons are blast?  A picture has appeared on Facebook, purporting to be a full list. 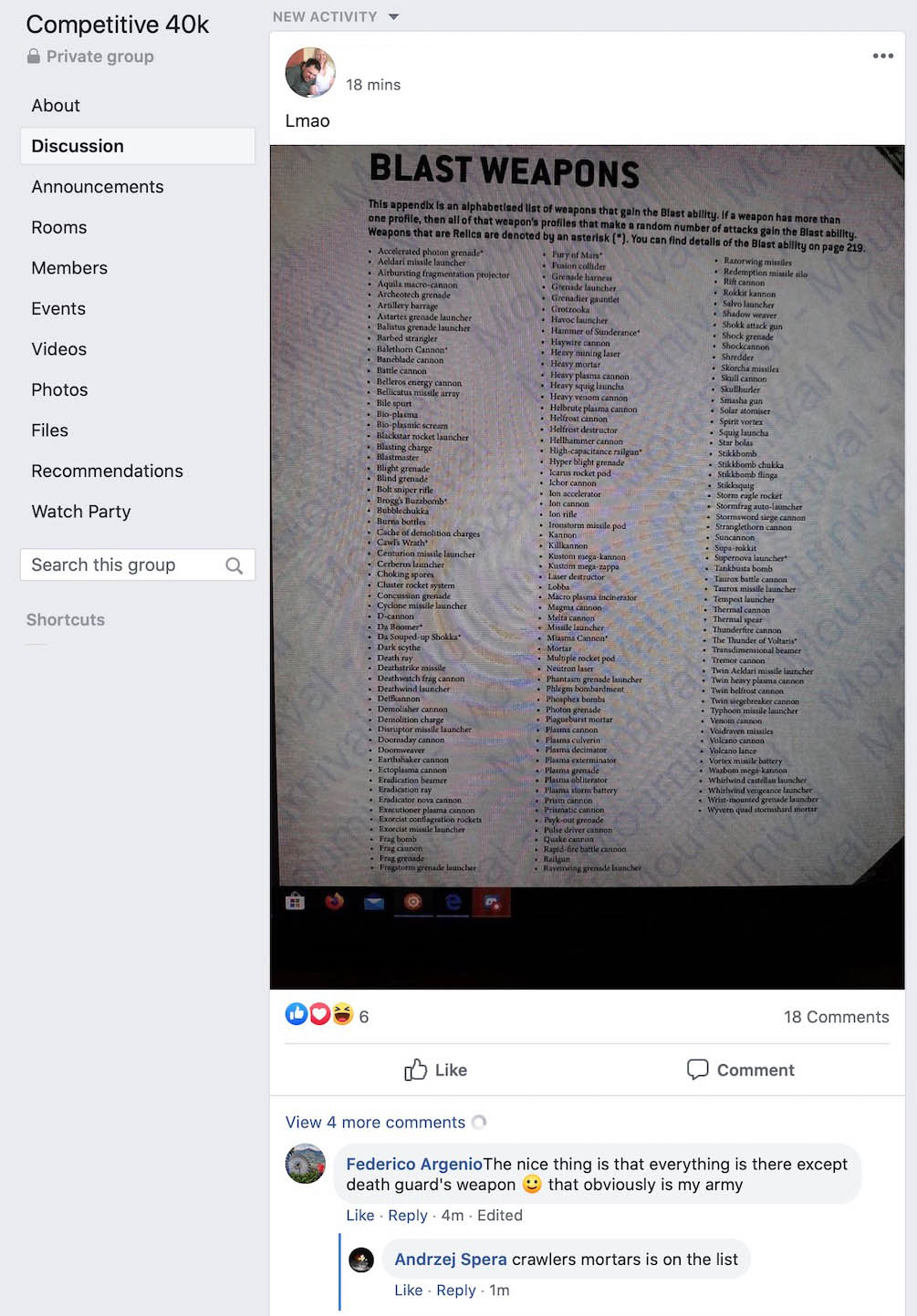 Some of the big ones on the list are all the personal grenades such as Frag, Blight, and Plasma Grenades, as well as Stikkbombs. A lot of the others are expected.

Note that this page looks like it is from a monitor, rather than a physical rulebook. So there is no telling if this is a final list. Also note that there have been some elaborate hoaxes in the last couple of weeks.  Until there are official confirmations from physical copies, it’s best to treat this as a rumor.