Today I want to look at some changes to the White Scars army in 9th edition. Start your engines!

I’ve been playing White Scars since early 6th edition. They are one of my favourite armies to play, even going so far as to paint them as actual White Scars (Shock! Horror!). I’m looking forward to the changes that are coming with 9th edition 40k and think they will give some nice bonuses to my White Scars army, and could help to change up the way that I play them. 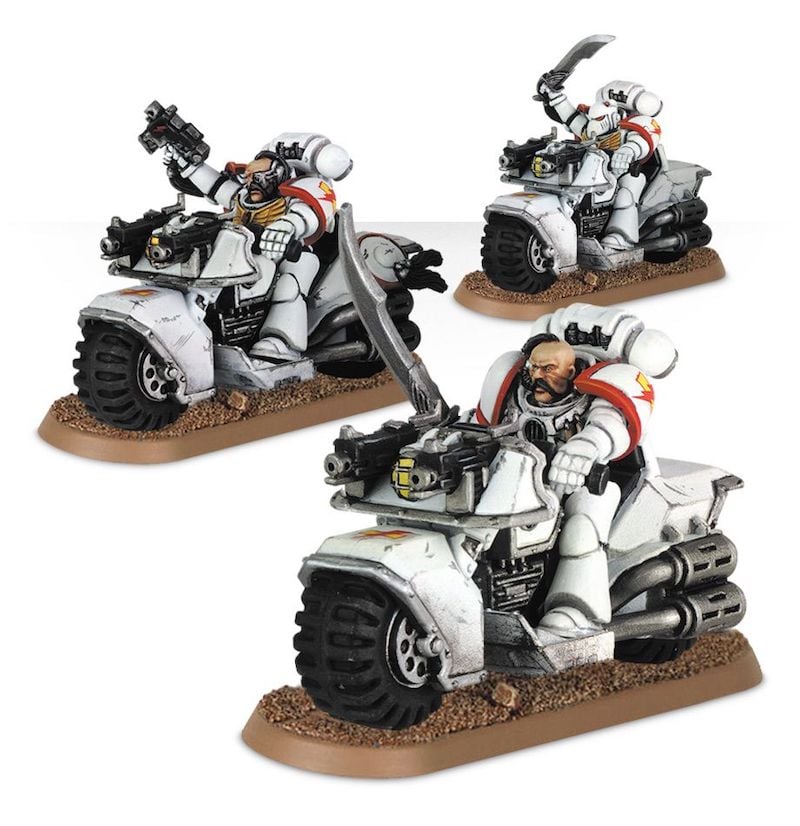 These are one of the iconic units of the White Scars army. I have a number of Bike units for my White Scars army, which have sadly not seen the table in quite a while. The rules were not particularly kind to Bikers in 8th edition, so they rarely saw the tabletop in my games.

The changes to detachments and army construction means that I can field an all bike army or detachment if I wish to do so, without suffering from low CP count.

This is even more appealing when looking at the new Outriders. The rules for these new Bikers look insane, finally providing a fast and durable platform that shouldn’t melt to enemy firepower. I’m looking forward to adding a number of these units to my White Scars army.

The changes to the heavy weapons rules also means that my Landspeeders may make a return to support the Bikers, as they will be able to move and fire without penalty, helping to really make them a support weapons platform that can actually support the army on the move. The Stormtalon and Stormhawk can also provide some great firepower support to the army.

The changes to the 9th edition rules means it is likely to be more difficult to lock units in combat by wrapping, thanks to unit coherency and the stratagem allowing them to fall back over enemy units.

If it remains unchanged, the Master of Snares ability will be a very powerful warlord trait, giving you the chance of keeping enemy units from falling back from combat. This will have the effect of shielding your engaged units from most enemy firepower (Monsters and Vehicles will still cause you issues!). The changes to the CP re-roll means that you will be relying on getting the 4+ the first time, or by tagging multiple units in combat to maximise your chances of passing the roll.

The limits to enemy overwatch will also allow you to charge and engage multiple enemy units without having to face a lot of firepower, making the odds of tying up units in combat better.

The changes to overwatch also means that the Storm-wreathed psychic power is not as essential a pick that it once was. It is still useful for shutting down enemy overwatch, but might allow you to try out some of the other psychic powers, such as Blasting Gale (to cut down enemy movement) or Lightning Call (to deal mortal wounds to enemy units). 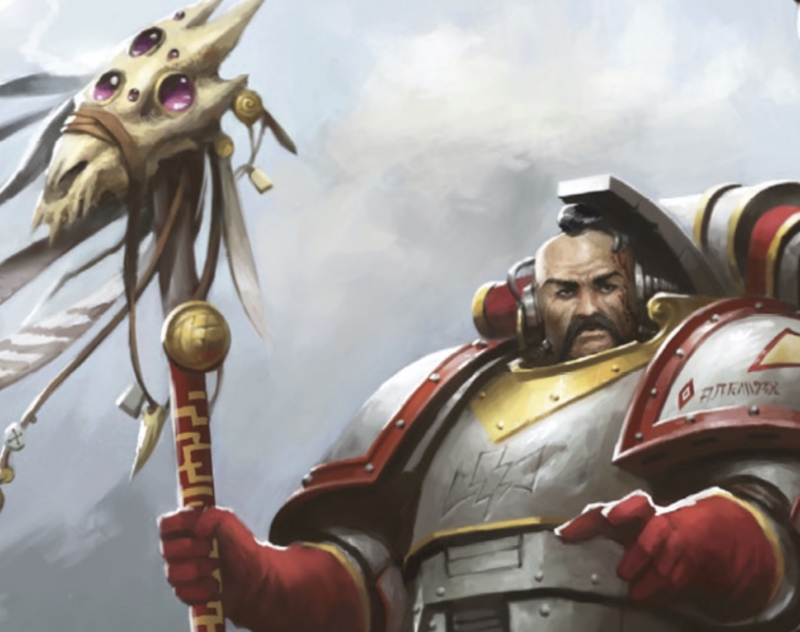 White Scars had their own version of Strategic reserves, known as Encirclement. Assuming this can still be used, it allows you a bonus on turn 2, allowing you to deploy within 6″ of any board edge, including your opponent’s board edge, giving you greater tactical options to use this.

You can also double up on units for a single CP using Encirclement. A unit of Primaris in an Impulsor or a unit of Marines in a Rhino will only cost you a single CP, regardless of power level.

However, strategic reserves can still be used to good effect. For 1CP, you can put units into reserve with a power level of 1-9, or 10-19 for 2CP. This means that you can put several units into strategic reserves for fewer CP than Encirclement if you don’t mind the deployment restrictions. For example, you could put a couple of Tactical Squads, Scout Bike Squads or Bike Squads in reserve for 1CP.

White Scars also have a number of methods of boosting charge ranges, so assaulting from reserve can be more reliable for a variety of units.

Marines are arguably one of the best MSU armies available, which should be a nice boost in 9th edition. White Scars do well in MSU combat, as they have a number of options for getting close to enemy units, thanks to the ability to advance and still charge. This will be especially useful on the smaller board sizes with Bikers, allowing you to access more of the board with ease. The stratagem allowing you to advance and still fire (as well as charge) will be a boost for these White Scars units.

White Scars are also great in combat, having a number of ways to boost their damage output in the fight phase, as well as boosting the number of attacks and damage they can put out in combat.

I’m also looking forward to trying out the new Assault Intercessors, armed with the shiny new Astartes Chainsword. The Impulsor is a nice way to deliver these units into combat, so getting them there is going to be a little easier.

Thanks to the bonuses of the White Scars Assault Doctrine, each Intercessor will be getting 4 attacks on the charge, at AP-2 and 2 damage. That is a serious damage output on the unit. Add in a Primaris character to provide re-rolls and more combat support, and you have a nice little combat squad that packs a good punch in the fight phase. Adding Kor’sarro Khan to give the squad +1 to wound and re-rolls of 1 to hit will give them even more hitting power on the charge.

I’m looking forward to trying Bike armies once more in 9th edition. I can’t wait to get some of those Outriders on the board and test them out with the boosted abilities of the White Scars.

I think if combat is to be more powerful in 9th edition, it could be a big boost for these sons of Chogoris. Space Marines were one of the most powerful armies at the end of 8th edition, and I don’t see 9th changing that too much. I look forward to bringing more glorious victories for the Khan!

Author: Pablo Martinez
Warhammer 40k analyst, tournament reporter and Ultramarines enthusiast, I'm the man behind the 40K podcast: Signals From the Frontline. I seek to gather more knowledge about the Warhammer 40k and share it to unite both hobbyists and gamers. I began writing for BoLS in 2016.
Advertisement
Space Marines Tactics Warhammer 40k Warhammer 40K 9th Edition
Advertisement 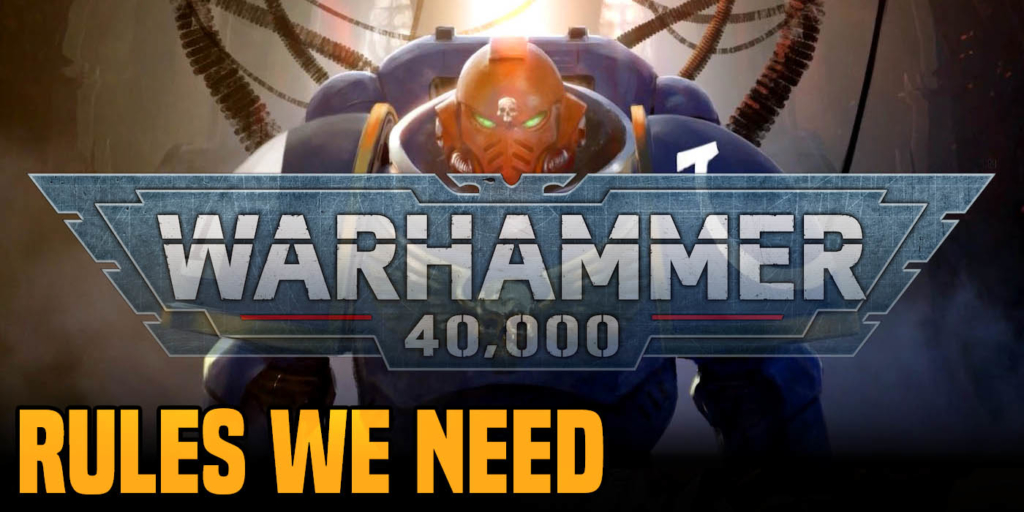