Board Games Retro: ‘Are You Afraid Of The Dark?’ Leaves Ghastly Grinner Behind 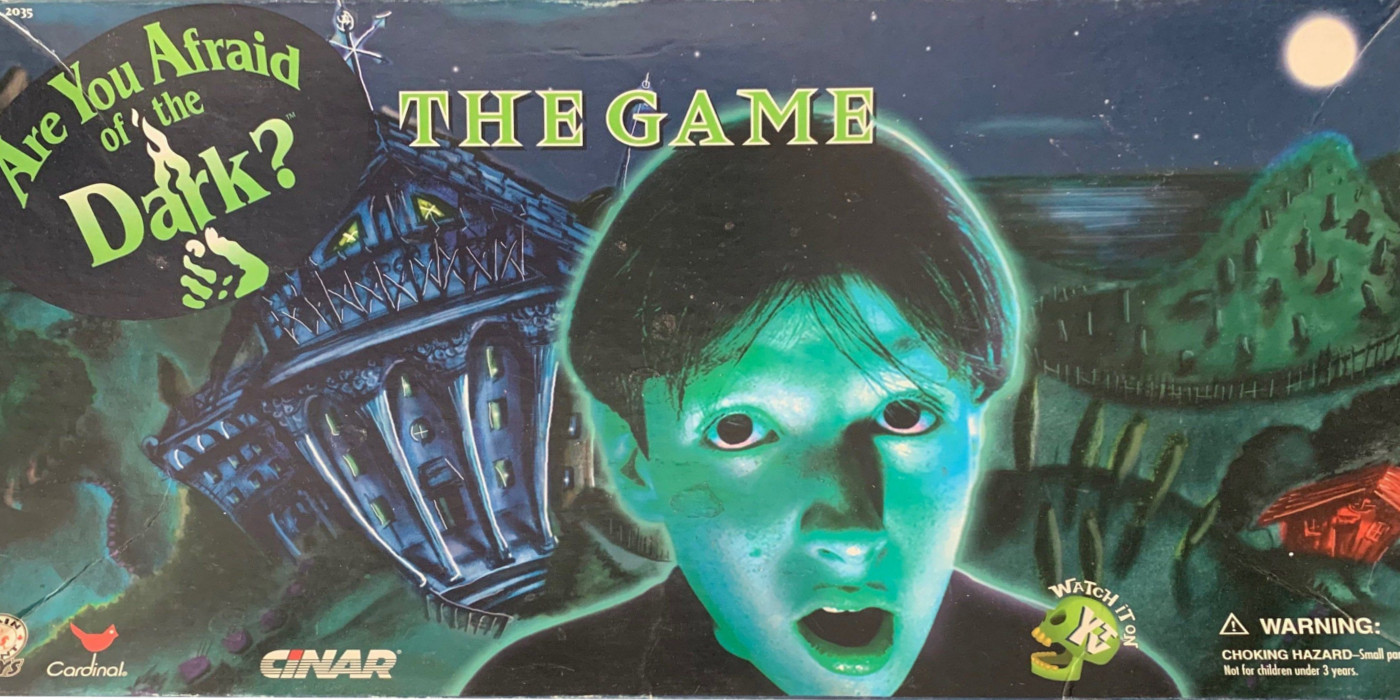 No confirmation on if the pool creature from Dead Man’s Float made it in or not. Zeebo did make it it though.

Any hip 90s kids like myself probably also stayed up late on Saturday nights with their babysitter to watch SNICK before their parents got home from date night. For everyone else, SNICK was the late night programming block for Nickelodeon. And it was a very big deal for me, which I will show by adding very subtle references throughout this article. Try to count them all. 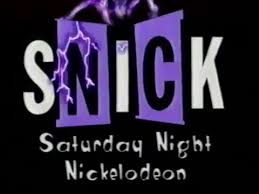 Of the shows on SNICK, one stood out from the rest: Are You Afraid Of The Dark?, a young adult horror show, in the likes of Goosebumps. But check out this intro and tell me this wouldn’t freak out any 8 year old.

Keep in mind, this show came on after Ren & Stimpy! What a crazy shift in tone from the lighthearted antics of Ren & Stimpy, am I right? 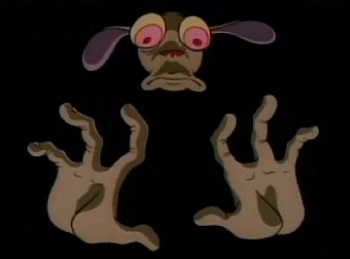 In this scene, Ren is contemplating breaking Stimpy’s neck in his sleep, but suffers a psychological break instead.
You know, fun kids stuff.

Are You Afraid Of The Dark? was very good (and still mostly is), but how does the board game hold up? 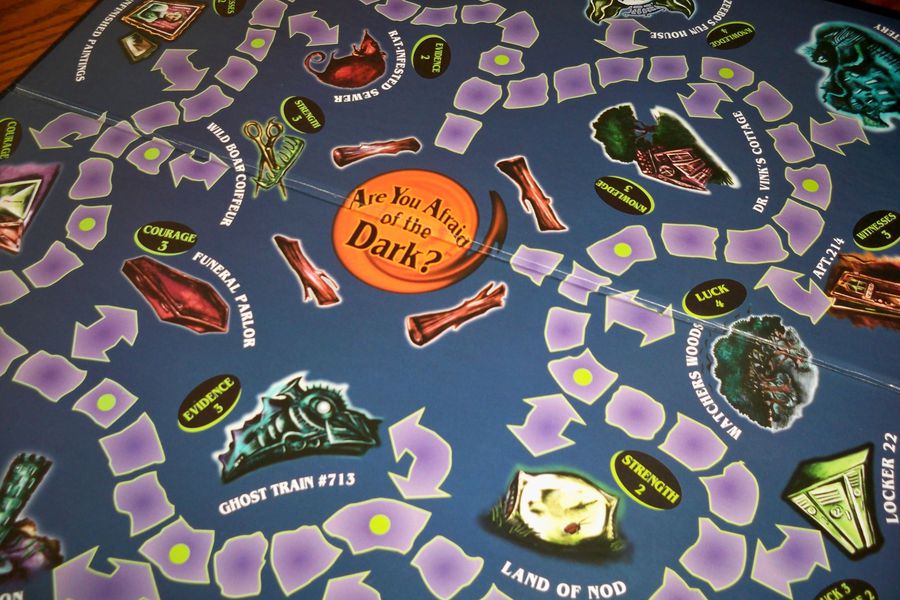 Are You Afraid Of The Dark? is a competitive dice rolling game with push your luck mechanics and stat collecting, I guess? The objective of each player is to be the first to get each of their stats up to 6, then return to the campfire.

Player’s stats and equipment are tracked on each player’s individual player sheet.

On each player’s turn, the roll the die as many times as they want to move that many spaces. However, the die has 1 through 4, a white star, and a black star. Rolling a number adds to the amount you’re able to move in the turn. Rolling a black star immediately ends your turn and you don’t move at all. Rolling a white star lets your draw a tool card at random and gain that tool, which will be useful when taking secret passages. 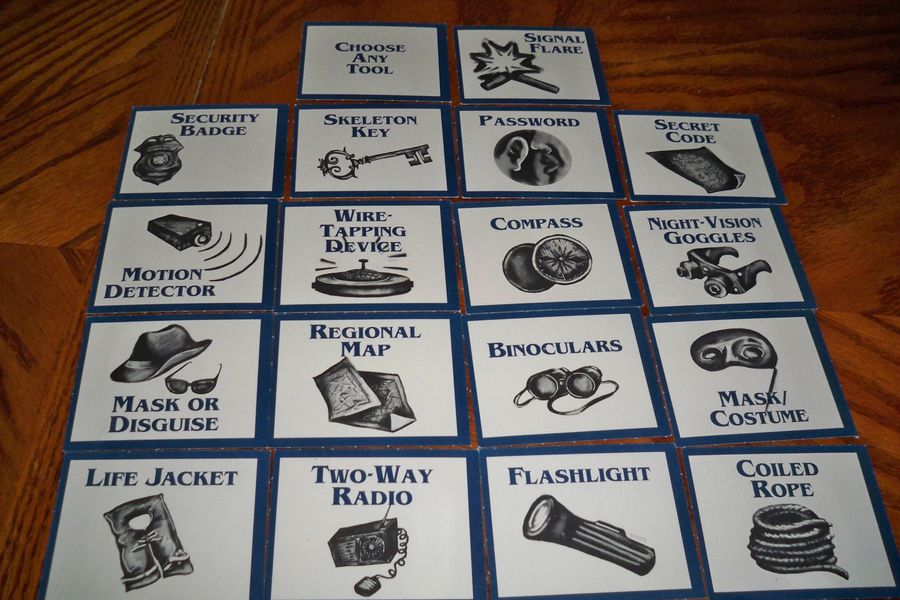 Anytime a player lands on a yellow dot on the board, they draw a Secret Passage card, which offers the player an option to turn in a Tool for entry to a location and bonus stat points. 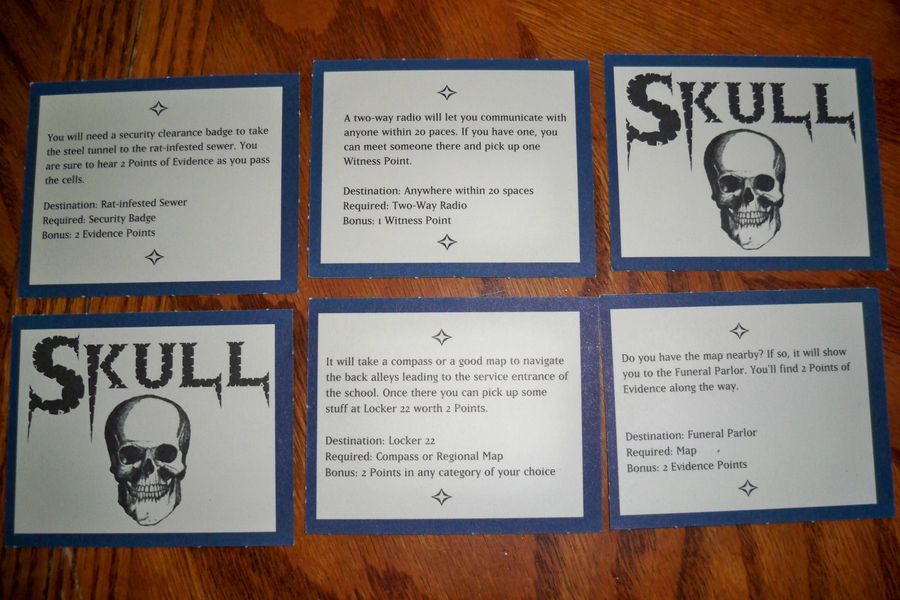 If a player moves into a Destination, they roll to gain the stat bonus listed at that location, plus any bonus stats from the Secret Passage card, if they have the right Tool. All of the locations are direct references to a location in one of the episodes, which doesn’t really add much, but it’s a nice touch. They could have very easily just gone with Super Spooky Woods and called it a day. 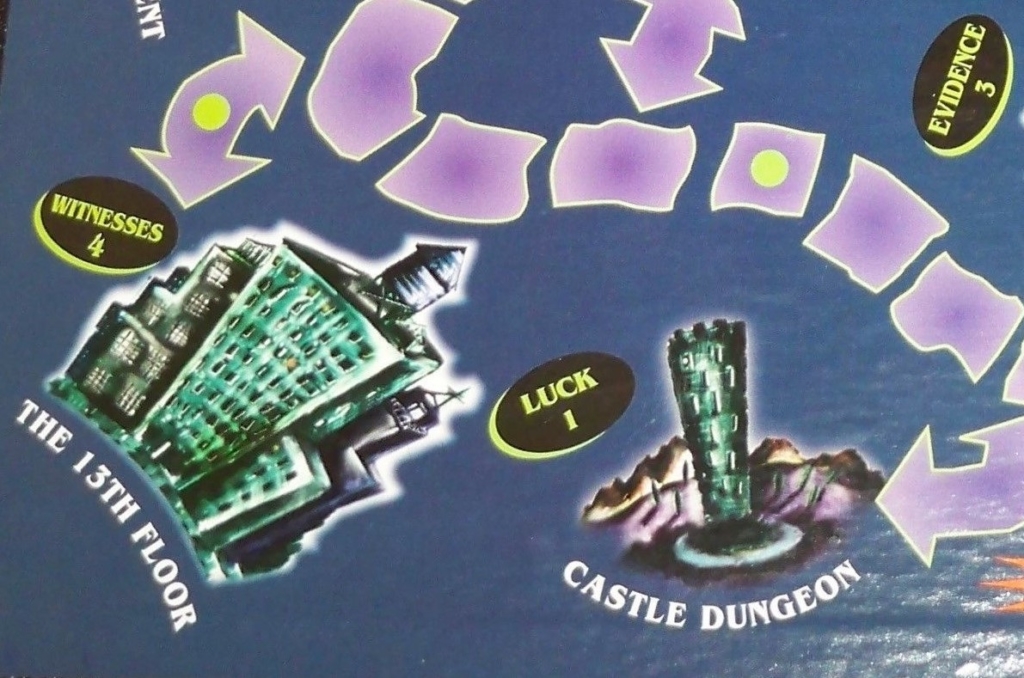 Drawing a Skull or being landed on by another player sends you to The Pit, where you will stay until you roll either star.

Once a player has 6 in every stat, they move back to the campfire in the center of the board. The first to complete this, wins!

Overall, this one isn’t terrible. It was released in 1995, so it had some pretty big competition that year. The push your luck mechanic is pretty decent and the idea of equipment collecting is an added bonus. The game is still certainly at the whims of the dice, but at least you have some control over it. I could see this being a fun nostalgia trip to play this with some classic episodes playing in the background.

Sounds like a fun Saturday night while your parents are away on date night.

Thanks for reading!
Did you ever watch Are You Afraid of the Dark? What was your favorite episode?
I remember really liking The Tale of Badge. 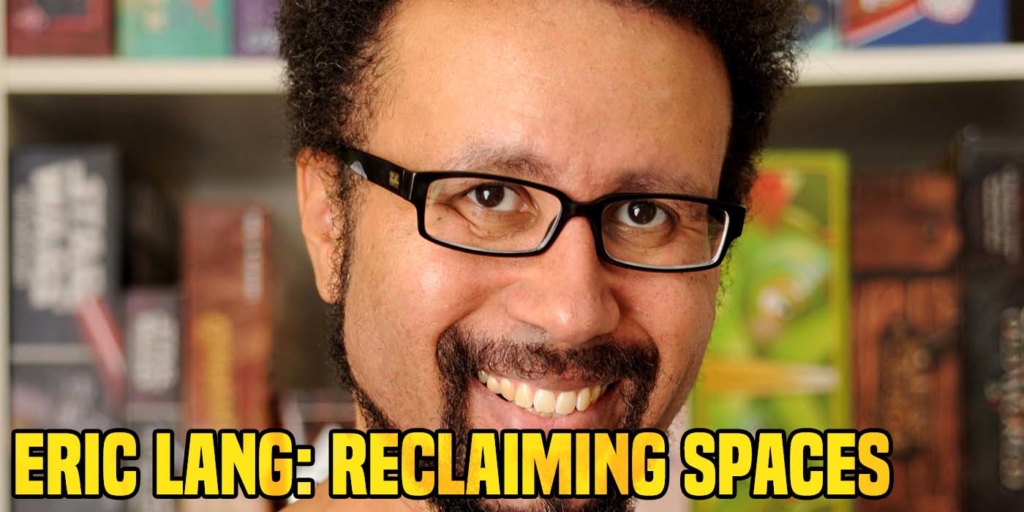