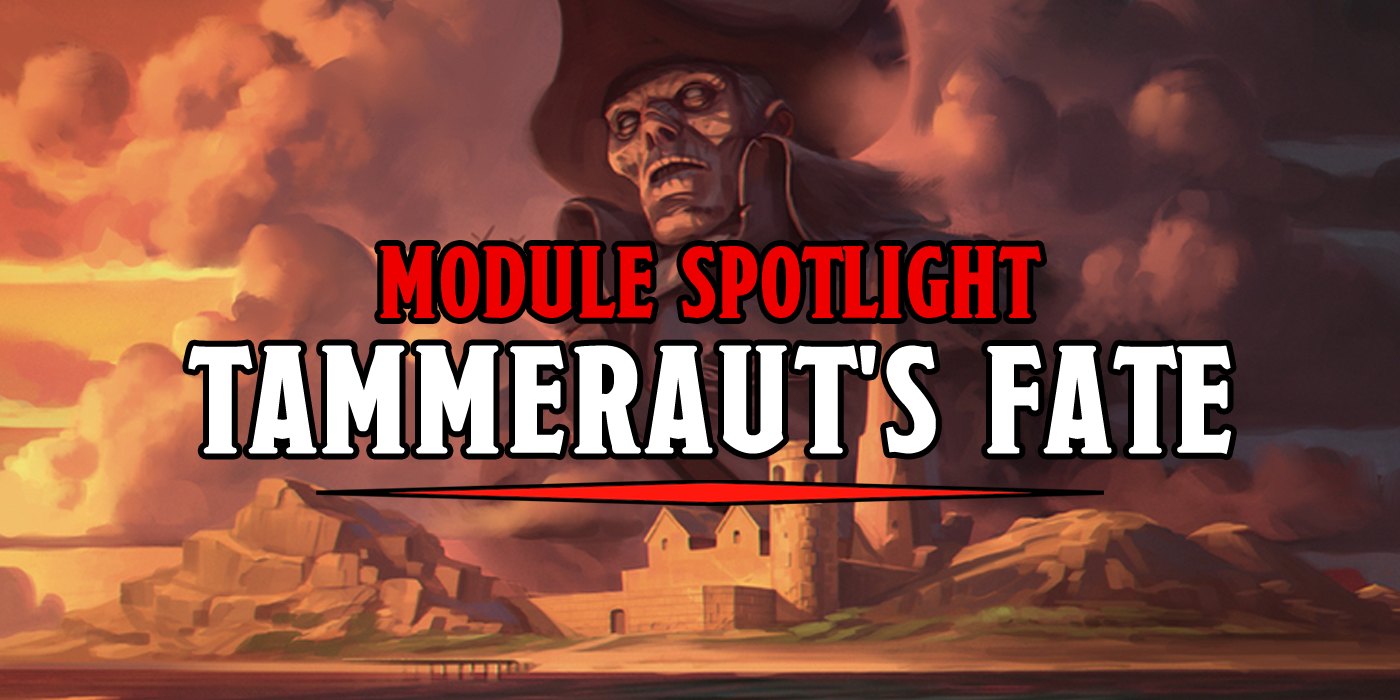 Strap in folks, today we’re taking a look at an underrated module that shows one way to do horror in D&D.

With Icewind Dale: Rime of the Frostmaiden promising to deliver a campaign of horror and isolation, we’re taking a look at how other modules have accomplished this in the past. Today we’re looking at one of the underrated gems out of Ghosts of Saltmarsh.

Tammeraut’s Fate was originally published in Dungeon #106, where it brought to life a the small hermitage of Firewatch Island. We’re going to take a look at the module as it appeared back in Dungeon Magazine, but you can find an updated (and higher-level) version of this module in Ghosts of Saltmarsh as well. 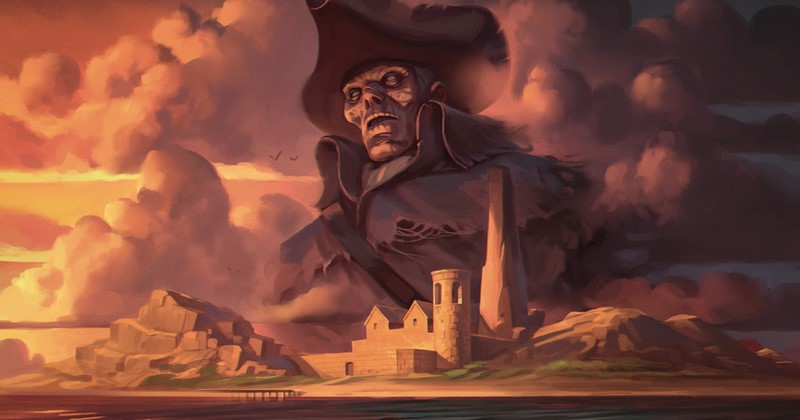 Tammeraut’s Fate is a masterclass in building tone and mood through the environment. Everything about the adventure, from the art, to the descriptions, to the way encounters are structured–everything about it is all in for this lonely island. There’s an air of gloom and isolation about everything that shines through every part of the module. Here’s one example: 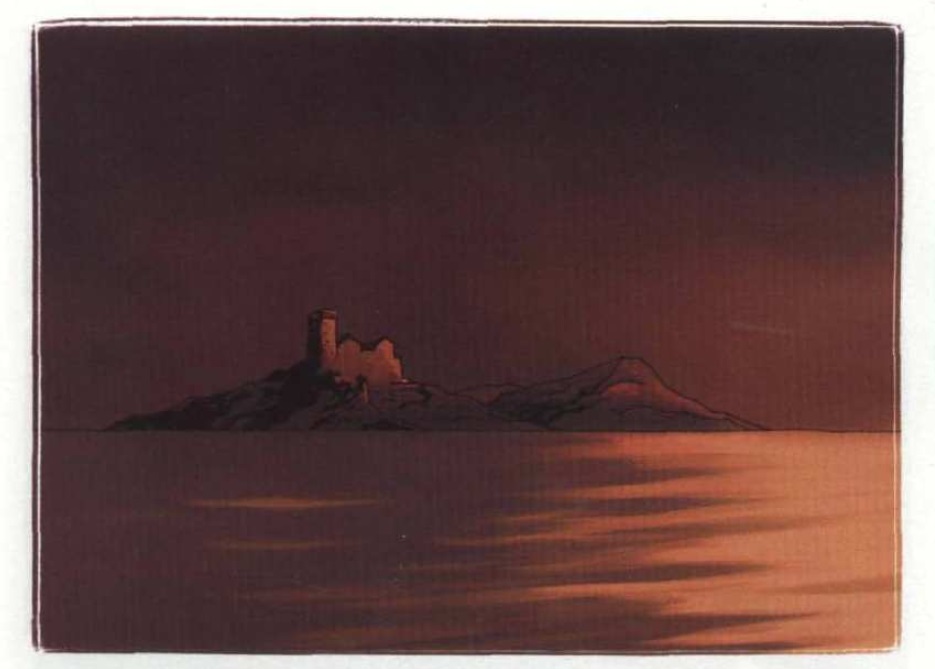 This is the picture of Firewatch Island as the party approaches it. Accompanying it is the following:

As the characters approach the island, the ringing of the tower’s broken bell breaks the silence. The bell rings five times before a large bird-like creature swoops down from above to land in the belfry, and the bell does not ring again. The bell-ringer was in fact Aaron Kellerman, one of the hermitage’s survivors. He spied the PC’s as they approached the island and wanted to make sure they knew people still lived on the island and needed help. Unfortunately, the bell attracted the attention of a monstrously large peryton, and Aaron was slain for his troubles.

It’s so evocative–I can picture it so clearly. The bell ringing, the feathered rustle of wings and then the silence afterwards, all while the island is still so distant. It creates an instant mystery for the players, right away, but it’s a mystery that encourages the player to find out “what just happened.”

The adventure takes every opportunity it can to reinforce the theme its picked. The island is remote, there’s little in the way of supplies, and the survivors on the island are in a bleak spot.

It does such a great job of setting the mood up. Even the map of the island has this forlorn quality to it. 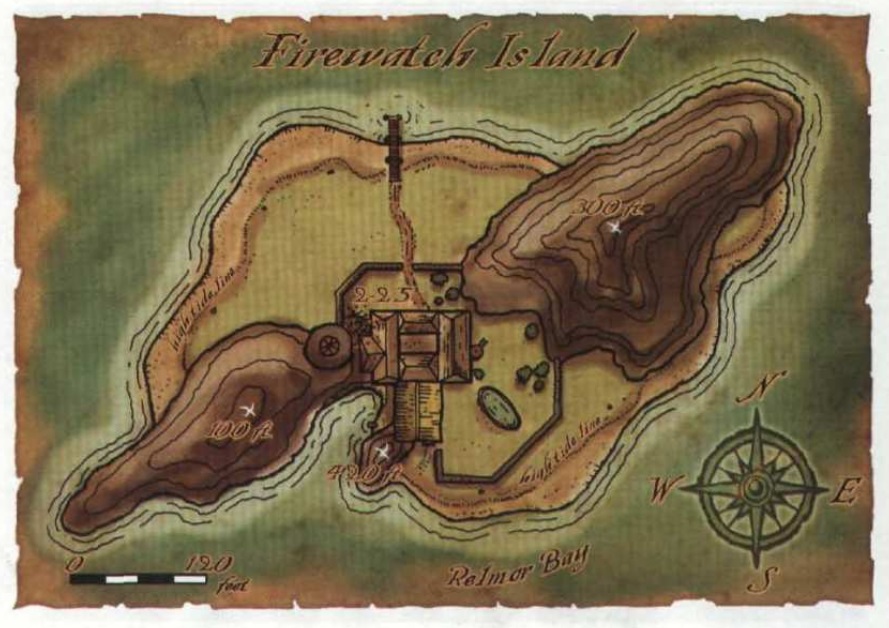 Tammeraut’s Fate does the hard work of letting the PC’s discover more and more of the adventure as they progress, and as they learn things and it seems more and more dire, it builds towards a climactic stand against waves of the undead.

Players will meet survivors of the island, and can help them out–but past a certain part, they have limited time to try and survive the night. I don’t wonder if this wasn’t the inspiration in some small part for the Redcliff questline in Dragon Age: Origins, because the two feel a bit similar. But whatever the case, Tammeraut’s Fate is an excellent blueprint for DMs and/or adventurers looking to fortify an area. Check it out:

It’s such a simple thing, but this table does so much work. That plus the assault by the Drowned Ones, and the way the fight ends at Daybreak…it’s just such a rich texture. You can tell right away how the story should feel. This adventure does a fantastic job of setting up its tension, telling you what kind of story it is, and then giving you the tools you need to tell it.

I won’t give away the ending, but it’s a pretty climactic battle that feels well-earned after you survive the night. If you’re interested in seeing one example of how to use tone and mood, or how to pace an adventure, check out Tammeraut’s Fate. And if you’ve got Ghosts of Saltmarsh, we definitely recommend checking it out once you’re in the market for higher level adventures.