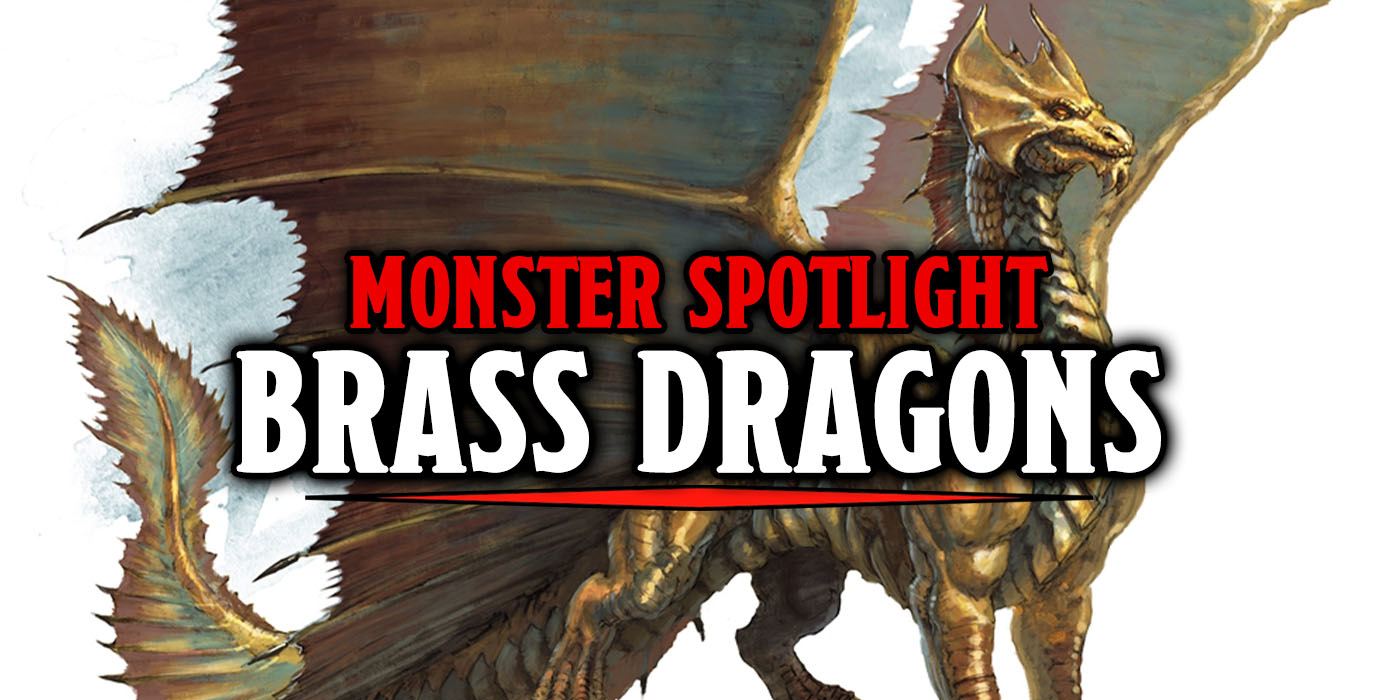 Not every dragon wants to roast you with fire breath and eat you; some dragons just want to have a nice long chat. That’s where brass dragons come in.

Brass Dragons are an interesting niche where D&D’s dragonkind are concerned. They’re arguably the most approachable of the dragons–Gold and Silver are good, sure, but they’re not necessarily what you’d call friendly. Brass Dragons, on the other hand, have problems all their own. They love to talk, but can’t constrain their chaotic tendencies sometimes. They might not mean to but can come across as egotistical or self-aggrandizing. And it’s nice to see a dragon with issues to work out, it makes them just that much more…human. 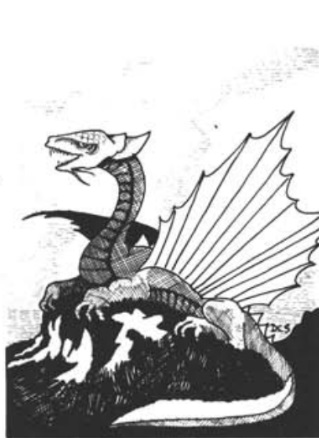 Brass dragons prefer to live in sandy desert regions where caves are prevalent. They are also unusually talkative dragons, enjoying a good conversation but often coming across as forward, officious, and selfish. Officially their usual alignment is listed as “chaotic good with neutral tendencies,” which I think means that they’re probably pretty well rounded and multifaceted as far as dragons go. 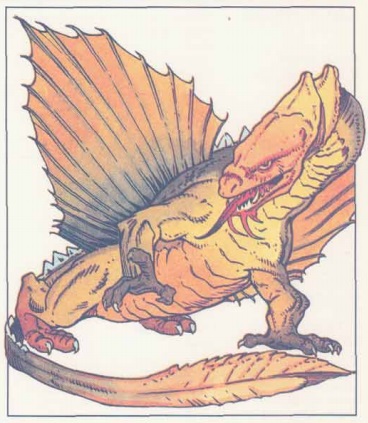 In second edition, brass dragons are still considered chaotic good / neutral, but their conversational habits have been expanded upon. They love to talk and are often good sources for useful information, but come across as egotistical and have a tendency to let the conversation drift off topic and need to be somewhat wrangled back onto track. Honestly, they sound like a lot of people I know; happy to talk, usually pretty approachable, and very knowledgeable, but a little distracted from time to time. Oh wait, is that me? I may be a brass dragon. 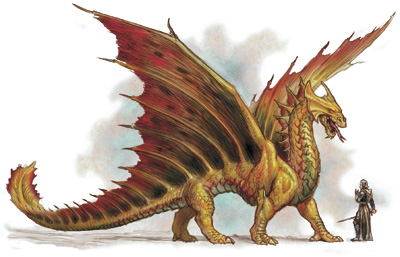 Because of their similar preferences in territory and therefore cave real estate and hunting grounds, brass dragons have a natural enemy in blue dragons. Blue dragons are generally larger and have the upper-hand in one-on-one combat, but brass dragons can often call on their community of brass dragons to help fend a especially territorial blue off. This is the advantage of being a friendly dragon in a world of lone-wolf dragons. 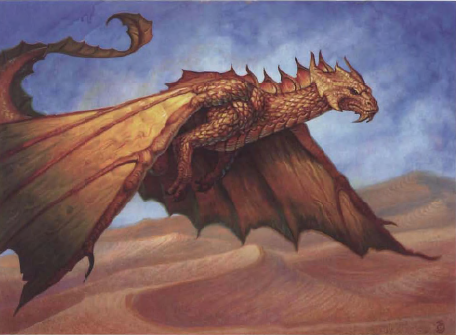 Though they prefer words to fighting, it’s important to remember that brass dragons are still dragons and as such have claws and very large teeth and, most importantly, breath weapons. In this case, their breath weapon is a cone of sleep, putting creatures who fail their save to sleep for a few turns. While fighting a dragon, this weapon could be detrimental, so it’s important for adventurers to try to stay on a brass dragon’s good side, even if their anecdotes are boring and off topic. 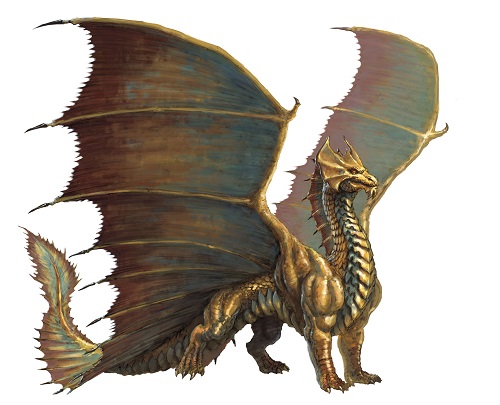 The regional effects and lair actions that brass dragons gain in fifth edition are powerful additions to the dragon’s repertoire. For example, if a creature with an intelligence higher than 3 comes within 30 feet of a water source within a mile of the brass dragon’s lair, the dragon is immediate aware of that creature’s presence and location. Presumably to find them and try to start a book club.

Do brass dragon’s remind you of anyone you know in real life? Which dragon has been your favorite so far? Do you think it may be nice to encounter a brass dragon in game? Be honest! Let us know in the comments!