D&D: The Best Spells For All Your Independence Day Needs 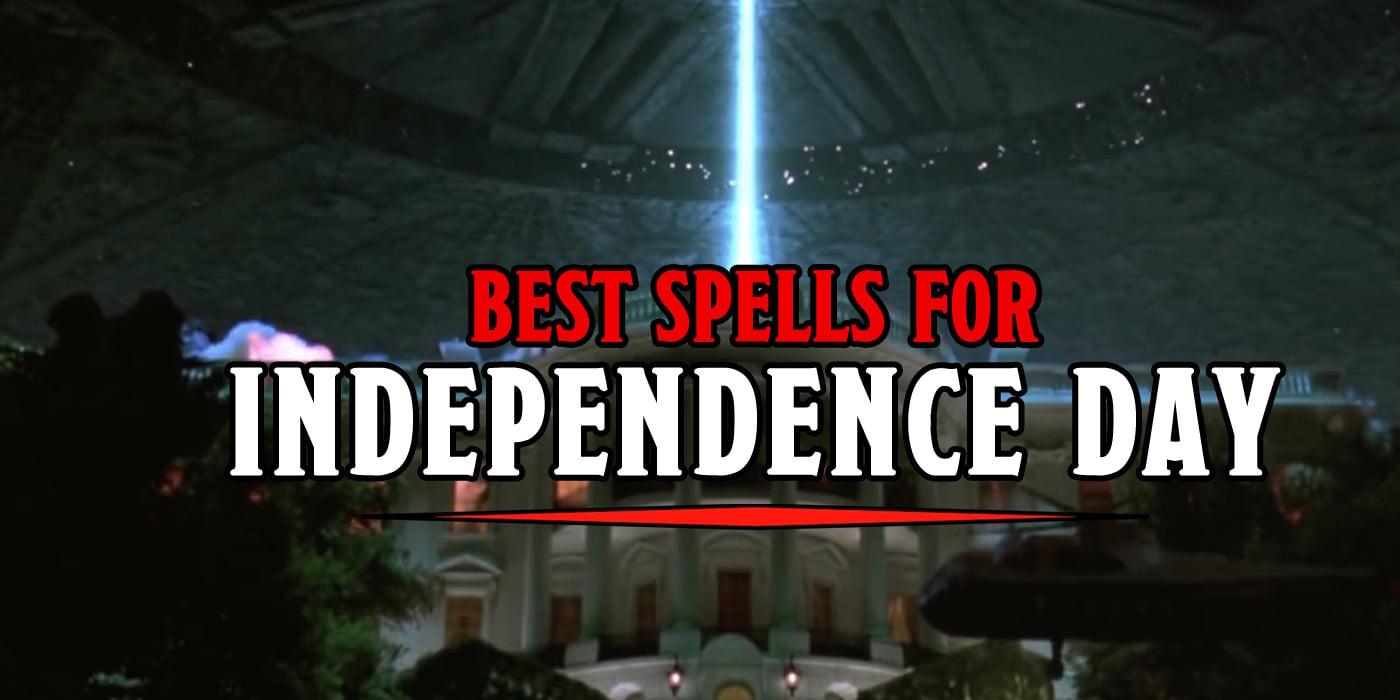 In 1996, Bill Pullman, Will Smith, and Jeff Goldblum saved the Earth. Celebrate your existence by playing D&D and casting these spells.

Humanity did not go gently into that night–at least not yet so long as we, as a species, don’t throw away the wonderful gift that Randy Quaid sacrificed his very life to give us.

And since we are here (for now), we may as well celebrate by playing roleplaying games and finding the best spells to help us celebrate this fact. So as we look at the five best spells for Independence Day, we’ll try and bear in mind–how useful would these spells be if you were living through the events of July 4th, 1996.

Look everybody thinks it’s fireball, and we agree, it is. It’s the best spell. And that’s what you’ll use to take down the alien ships–but none of this matters if you don’t understand the tragedy that President Bill Pullman and First Lady Mary McDonnell went through when the aliens called down fire from the sky. So it’s Flame Strike.

Okay so the aliens had to come down here with an attitude, acting all big and bag. Well, you gotta show them you didn’t come to play. What better way to welcome them to Earth than a Bigby’s Hand to the face.

Look this is supposed to be your weekend off. You shouldn’t be dragging an alien through the desert–not when there’s Tenser’s Floating Disc to do the work for you. It might not slow your fall, but it will help you carry whatever weird biological exo-suit you’ve just punched out.

Sometimes your enemy is too hard or too resilient to take out–that’s when you’ve got to soften them up with a Virus. That’s where Contagion comes in. Just make sure you have a cigar close at hand for when the fat lady sings.

It wouldn’t be the 4th of July without fireworks, after all.