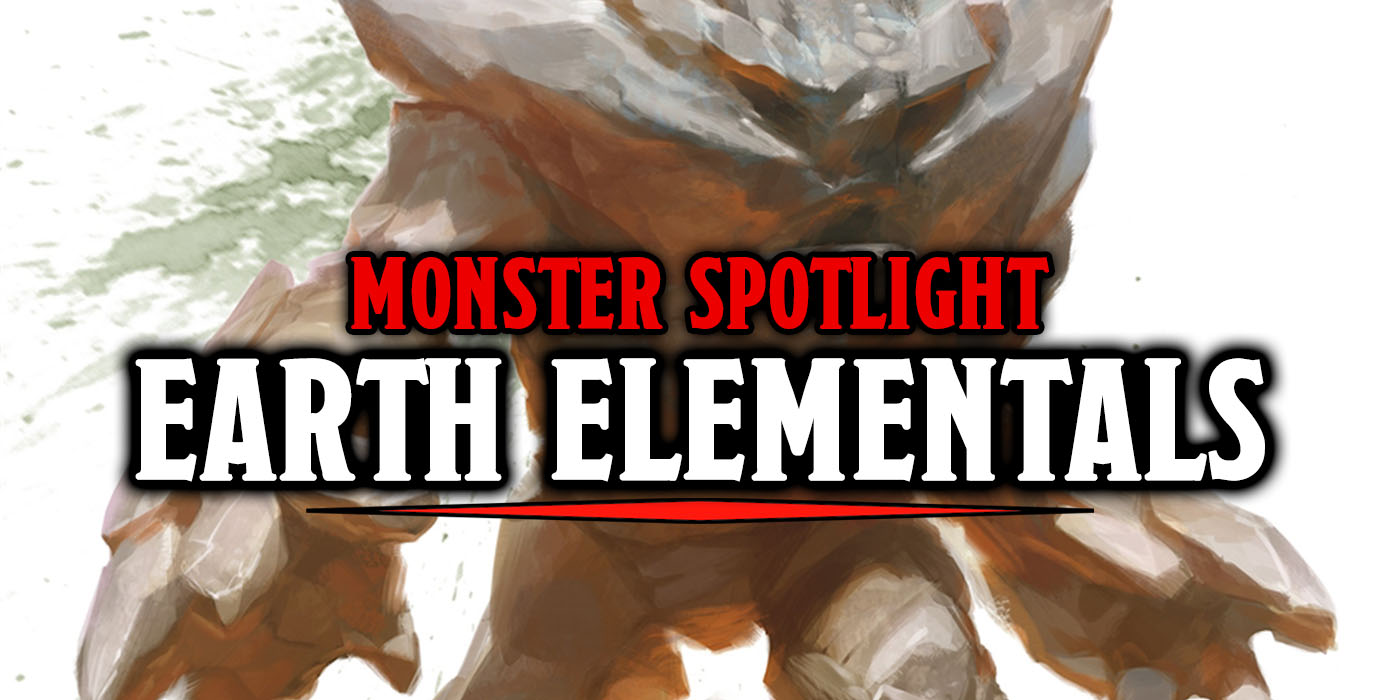 You’re standing in a field with not a monster in sight when a 6,000 lb humanoid rock pops out of the ground; you’re about to fight an earth elemental. 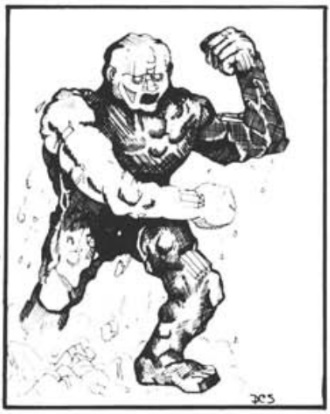 Unlike their heart headed cousins, earth elementals aren’t stopped from travel by water. While they can be slowed down significantly, they can cross bodies of water by traveling through the ground beneath. For a lake or a river, this would be a minor holdup at worst, so if you’re going to try to escape an earth elemental via water, it may be time to cross the ocean. They also have a penalty to damage against attackers in the sky, but will pull the ground out from under you if you’re standing on solid ground. 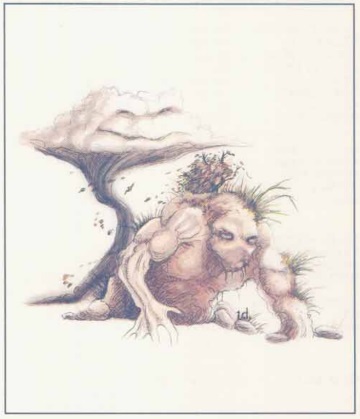 There isn’t a lot of evolution between first and second edition earth elementals. Their low intelligence and single-mindedness make them relentless attackers. While they can travel over or through the land, in the case of large obstacles such as bodies of water, they will often opt for the most direct path. While the other elementals are always made out of their namesake elements, earth can be a little more diverse so these creatures can be composed of dirt, mud, rock, or whatever piece of “earth” they were summoned from. 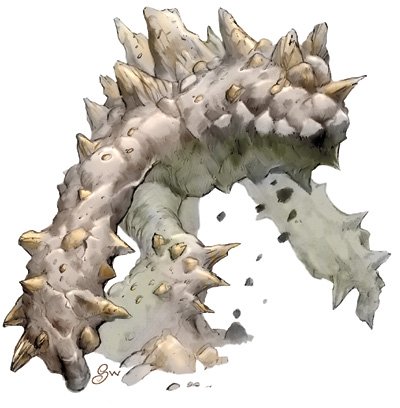 In third edition, earth elementals can use Push to begin a rush maneuver without provoking an attack of opportunity. They also now range in size from 4 feet and 80 pounds to 16 feet and 6,000 pounds. 4 foot tall, 80-pound rocks are nothing to sneeze at, but in the grand scheme of D&D monsters, they would be far less challenging than some other monsters or larger earth elementals. While creating larger, and therefore more powerful, elementals make a lot of sense and is a welcome change, I wish they had also split them into rock/dirt/mud since 80 pounds of rock is going to hit much differently than 80 pounds of dirt. 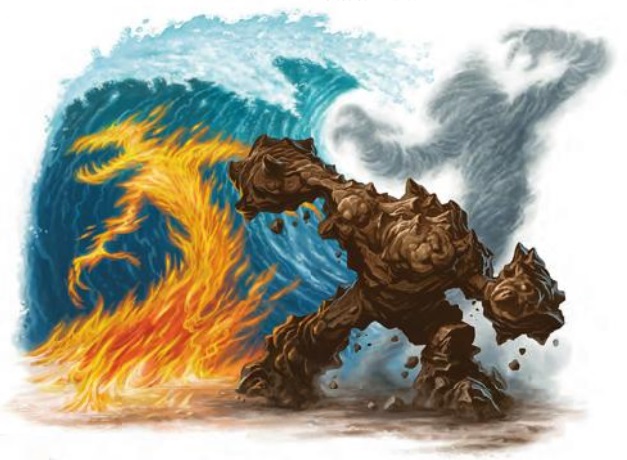 This art will always remind me of the titans in Hercules.

Small earth elementals in 4E are humanoid and fight alongside the cultists and spell-casters that summoned them. Based on the art, I assume larger elementals are also vaguely humanoid-shaped but in a less cute and Ghibli-esque way. They are far more willful however and only chose to partner with the most powerful of spellcasters. Though earth elementals are powerful fighters and will use their connection to the earth to throw their enemies off-balance, they aren’t terribly thoughtful foes and must have a carefully defined enemy or they may go on an all-out rampage. 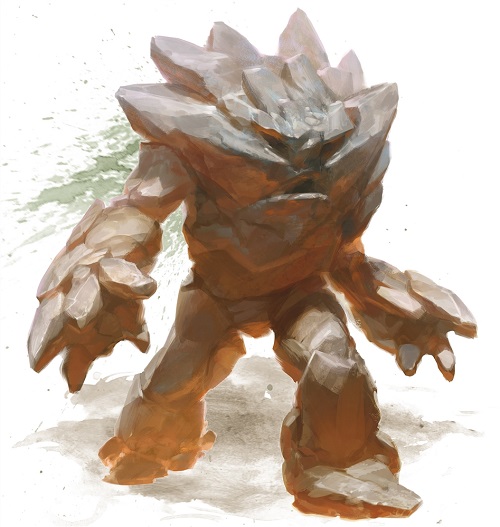 Earth elementals in 5E are just a little more scary and aware of their surroundings, able to pinpoint the precise location of any creature standing on solid ground in their vicinity. They can find any adventurer who isn’t in the air or up in a tree fairly easily, and with the ability to travel seamlessly through the ground they are uniquely equipped to surprise attack you from below. When above ground they have a very low dex, making them just a little clumsy when not moving underground, but they have multi-attacks with a powerful rocky slam attack and deal double damage to ground-touching objects and buildings.

Which elemental is your favorite so far? Have you encountered any of them in your adventures or pulled them out of the Monster Manual for a game you were DMing? Which ground-traveling monster is your favorite? Let us know in the comments!

D&D: An Adventurer's Guide To Menzoberranzan 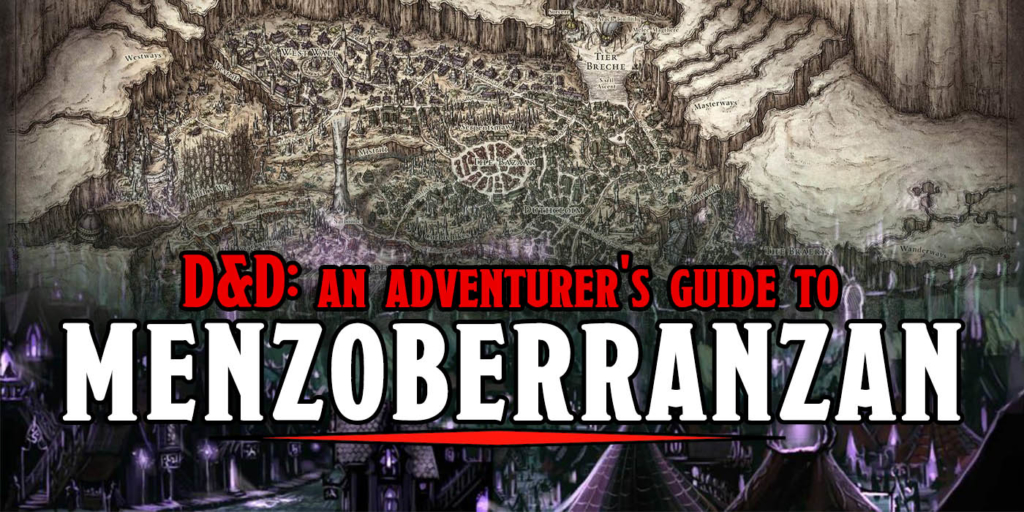