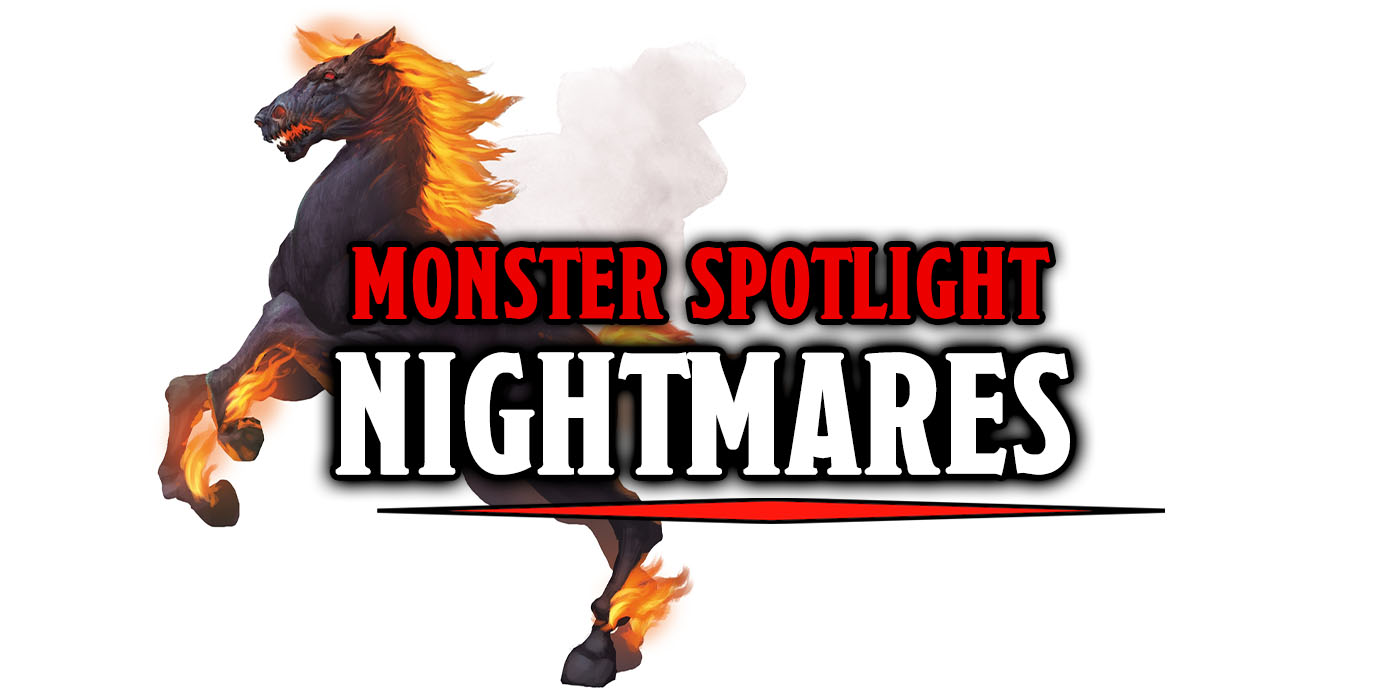 With their flaming hooves, taste for flesh, and very steep turn toward evil through the editions, these fiery horses are truly the stuff of nightmares. 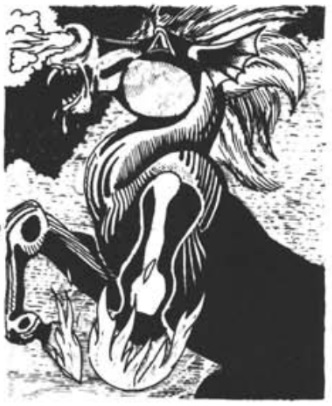 With a name that is perhaps one of my favorite puns in D&D and a neutral alignment, nightmares are more sort-of-scary wild animal than honest to goodness monster. They have fangs and flaming hooves, sure, their nostrils flame burn orange and their appearance is gaunt and skeletal, but they are mostly rode into battle by liches, vampires, demons and hags. On their own nightmares aren’t generally on the evil row of the alignment chart, and with a good (or no) rider, would basically be a spooky looking Ponyta. Which is frankly pretty awesome. 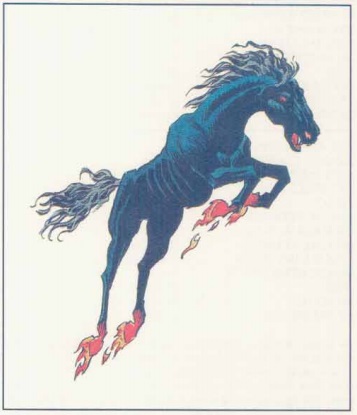 Second edition nightmares are definitely a little more scary with a slightly more evil leaning alignment (neutral evil), a disdain for material life and an innate ability to understand the commands of evil riders. Nightmares are no normal steed, however, being intelligent creatures. They are generally willing and happy to be ridden by other evil creatures who may need a lift to do more evil deeds… which makes me wonder if nightmares just have nothing going on in their day-to-day lives. Despite looking very similar and serving the same function as a riding horse, nightmares and standard horses of the material plane share no biological link, so I guess they evolved completely independent of one-another to look and act by-and-large the same. 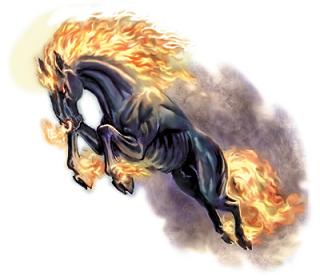 The nightmare is one of those creatures that just get better with every edition. Transforming from a hot blooded horse to a marginally choosy get away driver, 3E are wild, restless, and travel the world looking for evil to do and dreams to haunt. They can fly despite having no wings, and can attack while carrying a rider – though the rider cannot attack unless they have already passed a riding check. Also, in addition to their fangs, flaming hooves, powerful kicks, and the natural smoke a flaming horse will produce, the third edition nightmare can astral project and has up to 900 pound carrying capacity. 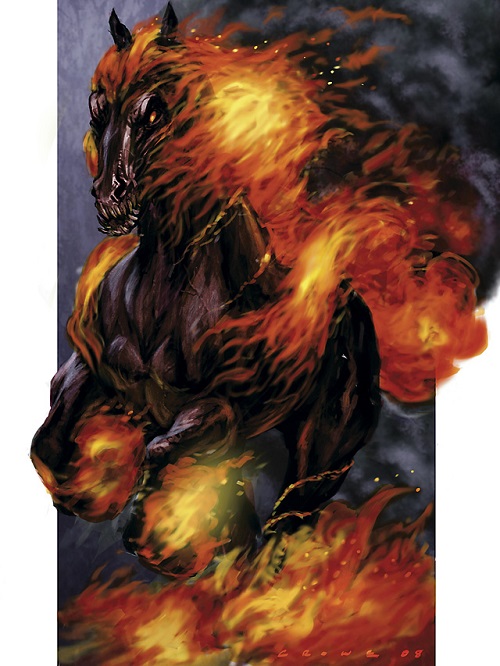 4E makes nightmares cartoonishly terrible in a way that really works in Dungeons and Dragons. Sometimes a small herd of nightmares will behave like a pack of wolves, attacking and hunting travelers for food and pleasure. Additionally, no more will they gleefully submit to being a mount for more powerful creatures. Now that creature must first defeat the nightmare in combat. Fourth edition nightmares have evolved from creepy horse to scary monster in their own right. 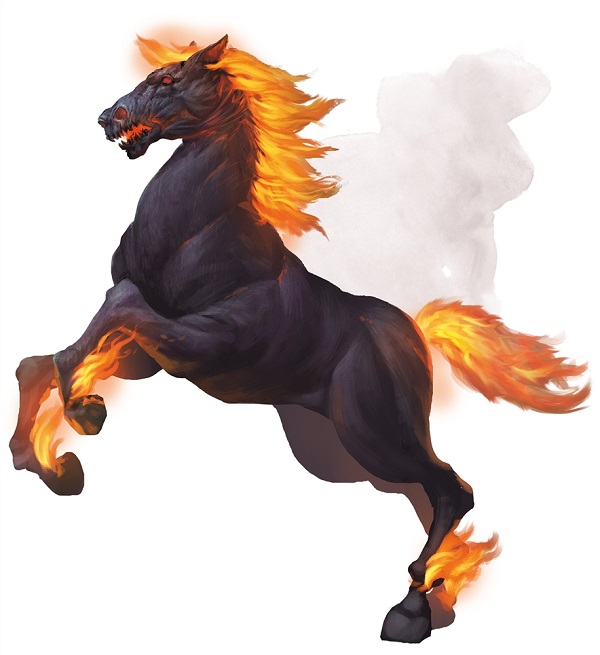 Not once being boring or stagnant, nightmare lore is just a little different for 5E. They don’t come naturally to the multiverse and must be created using a horrible ritual that removes the wings of a pegasus and driving the creature to evil. Once created, the nightmare can live in Lower Planes, or be summoned to the material plane, but without a sufficiently delicious offering, a summoned nightmare will show no particular loyalty to their summoner.

Which evolution of the nightmare was your favorite? Have you encountered one in your game? Did you have an evil character to ride it? Let us know in the comments!