RPG Spotlight: Quest, The Roleplaying Game For Everyone 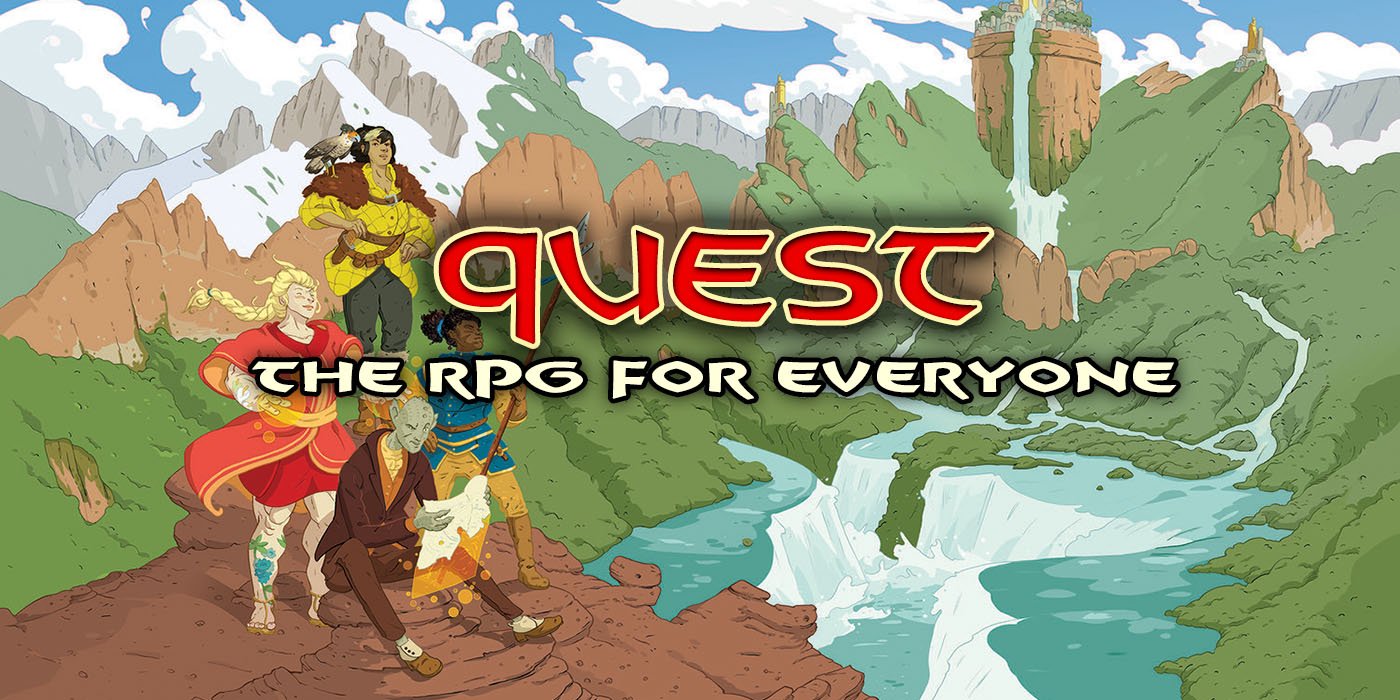 Quest is the hottest new tabletop RPG that bills itself as a roleplaying game for everybody, but does it live up to that description?

Spoiler alert, yes. It absolutely does. 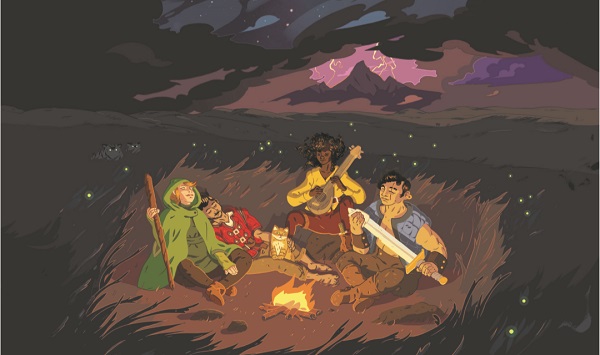 Quest is a newer system, recently enjoying a serge in popularity as some actual play podcasts pick it up as their game of choice and the roleplaying community at large seems to be making an effort to bring a little more diversity to their tabletop shelf. And honestly, Quest is a great choice.

Character creation is a fast process that feels less like math homework and more like filling out Mad Libs during a sleepover. Give your character a name, a few quick descriptors to sketch an outline of their physical appearance as well as their personality, tell the table a little something about where they’re from, and then you have a character ready to inhabit the world. Even picking inventory is pretty easy–weapons are all exactly the same, they just have different appearances. A long bow and a short sword both do 2 damage, just a ranged weapon has the added ability to hit a target further away. The real distinction comes when picking your special abilities but we’ll get to that in a moment. If you’re not feeling particularly creative – and we all get there from time to time – there are a handful of pages for inspiration that include suggestions for your appearance, background, personality, dreams, etc.; meaning that you could put twenty minutes or twenty seconds of thought into your character and still windup with somebody very playable at the end. 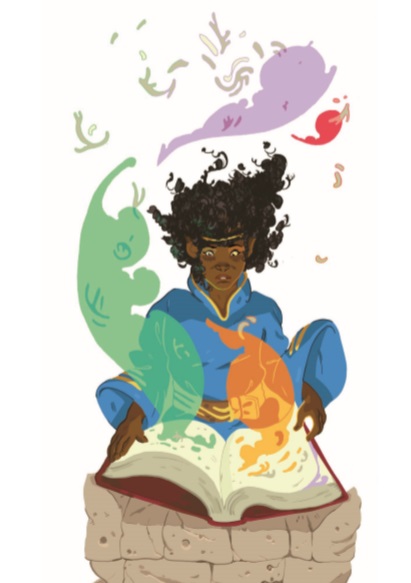 The aspect here that is most like other RPGs that you’re familiar with is the incorporation of roles and abilities. Roles are most closely aligned with classes in D&D and there are eight to chose from (Fighter, Invoker, Ranger, Naturalist, Doctor, Spy, Magician, and Wizard). These will dictate your job in the group and give you a list of abilities to pick from. Abilities, for their part, remind me very much of the powers and abilities in Powered by the Apocalypse games, both in terms how they’re written and how they work mechanically in game.

Gameplay is simple; you roll one d20 for everything. A 20 is a triumph, a 11-19 is a success, on a 6-10 you don’t necessarily fail, but you need to make some tough choices, 2-5 is a failure, and a 1 is a catastrophe. You don’t add any modifiers or have to do any math, what’s on the dice is your result. Anyone can play it, session 1. 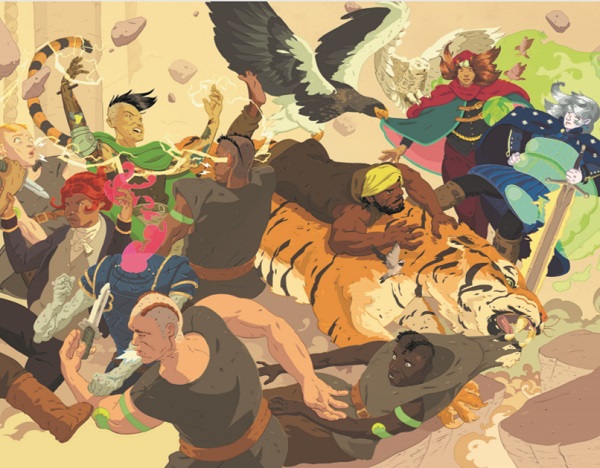 The result of all of this paring down is a game that is easy to jump into, easy to learn, easy to play and easy to GM. It’s a perfect game for kids or beginners, people who enjoy more simple systems, and people who enjoy the roleplaying aspect more than other parts of the game.

But is it a game for “everybody”? I really do think so. Quest is a game uniquely interested in the happiness and comfort of the players. It’s simple enough to not scare off newcomers to the hobby, but it’s so delightful, fun, and beautiful that experienced players could enjoy it time and time again. In a time when the real world is constantly a little too high stakes, Quest is a game that aims to be a truly kind and welcoming place. Will this be the new gold standard in tabletop RPGs? I don’t know, and at this point I think it would take a major catastrophe or a minor miracle to throw D&D off or that throne, but Quest definitely deserves to be a household name in the RPG world. 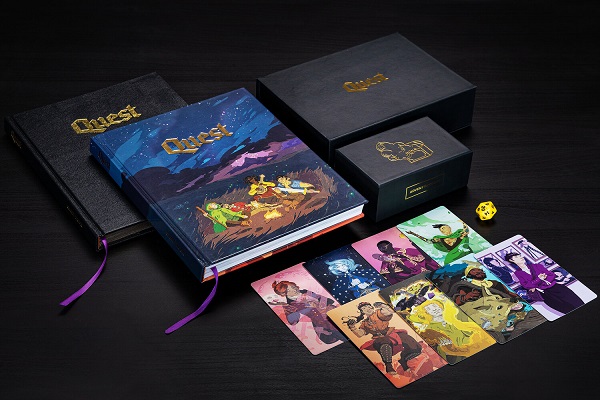 The books, card decks, and art are gorgeous to the point of being downright Instagramable.

If you’re interested in starting a quest of your own, everything you need can be found on the official website.

Have you played Quest? What do you think? Do you prefer more open and free-form RPGs, or do you like the rigid rules of some of the more traditional games? Let us know in the comments!