The folks at Paizo have clearly unlocked some kind of advanced miniaturization technology, as the Core Rulebook of Starfinder is now pocket-sized.

That’s right folks, Paizo’s obsession with all things small continues to pay off, as now, three years after the official release, Starfinder’s core rulebook has been miniaturized. Soon you’ll be able to get your hands on an a smaller version of the corebook, but size isn’t everything (unlike in the real world), because this pocket edition contains three years’ worth of updates, errata, and clarifications. So if you want a physical book that fits in the palm of your hand (ish–it’s still 538 pages), this is the one for you. Check it out below, just in time for Gen Con! 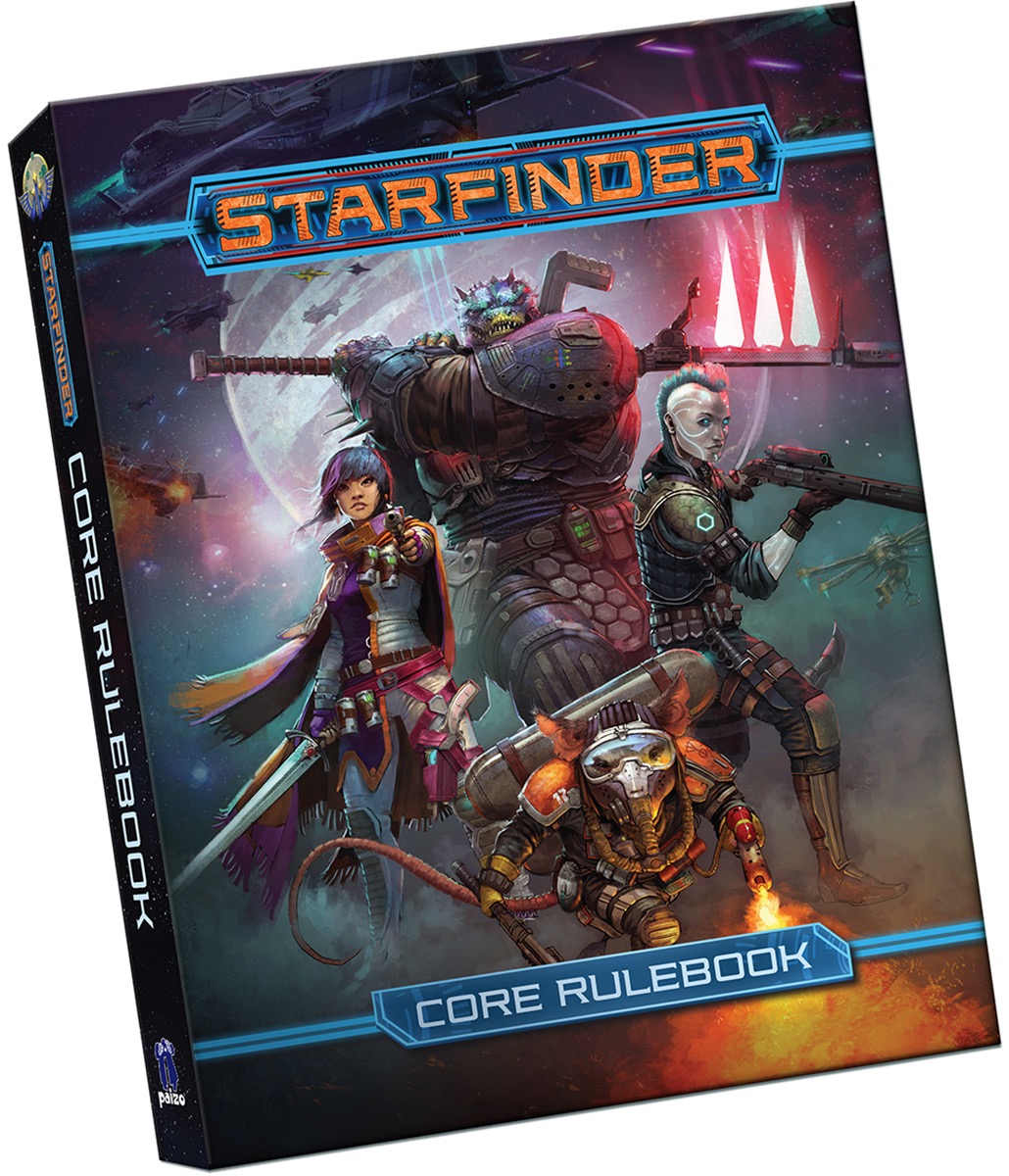 This massive 528-page softcover rulebook is the essential centerpiece of the Starfinder Roleplaying Game, with rules for character creation, magic, gear, and more—everything you need to play Starfinder as either a player or Game Master! The next great adventure in science-fantasy roleplaying takes off here, and the Starfinder Core Rulebook is your ticket to a lifetime of adventure amid the stars!

If you somehow missed your chance at the corebook before, this is a chance to grab it at a great price. And now, with so many folks looking for a new game owing to quarantimes, Starfinder’s galaxy beckons!