Come and take a look at some of the new rules for the Adeptus Custodes and Sisters of Silence in another Faction Focus Preview.

The Adeptus Custodes are to Space Marines what Space Marines are to the Militarum. These are a superhuman’s supherhuman, and clad in the best equipment and armed with the best training that Humanity has to offer, the Custodes cut a wide swath through the enemies of the Imperium. And today we’re looking at some of their new rules and how they’ll fit into the new edition.

First things first in the new Faction Focus we get a general overview of the makeup of a “typical” Custodes army, learning that Custodes commanders can reliably generate a big enough pool of command points to use on their cool stratagems, including the new Golden Light of the Moiraides, shown here. 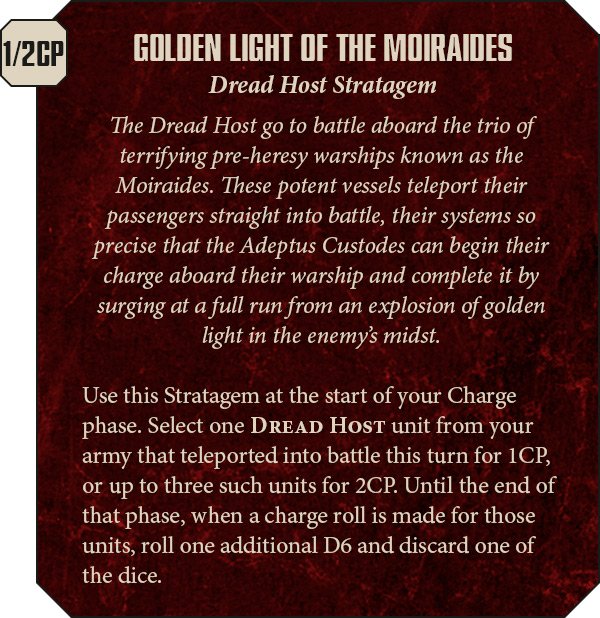 Adding charging teleporting Custodes to a battle is fairly terrifying, especially considering that nearly the whole army has Objective Secured. Even more terrifying when you realize that units like the Allarus Custodians can freely consolidate towards enemy characters in lieu of the normal targeting rules:

So be careful what you try to bubble wrap your units with when the Custodes come calling. 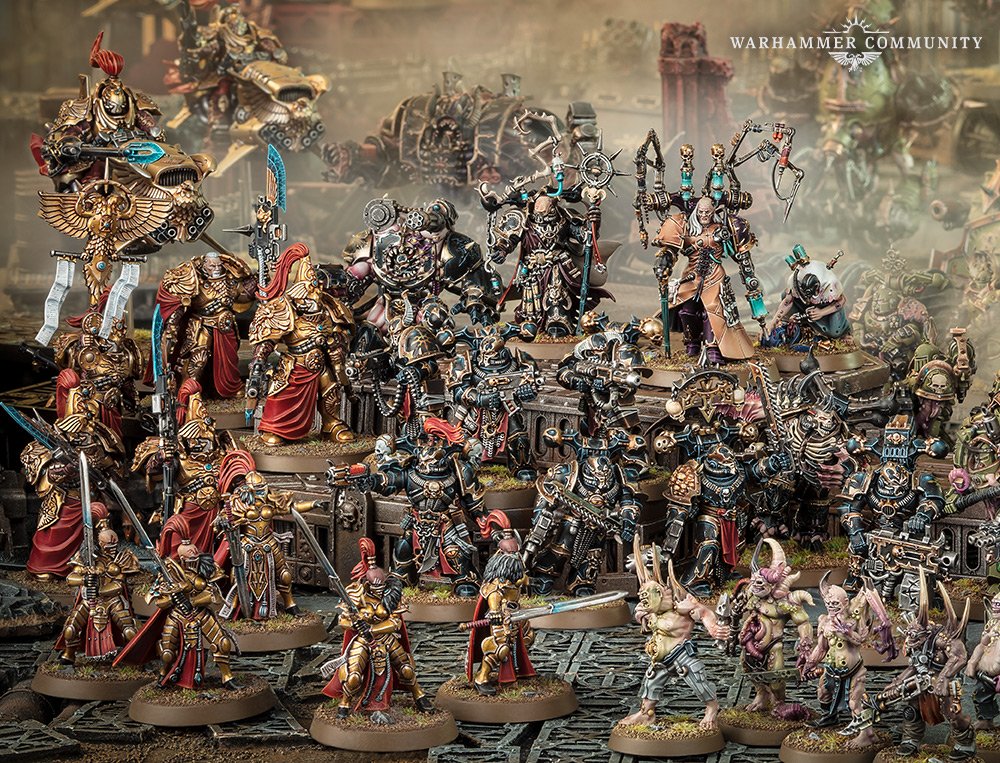 But what about the other part of the Talons of the Emperor? Well, good news for all you Sisters of Silence fans:

These witch-hunting psychic nulls are often found alongside Adeptus Custodes forces as the other half of the Talons of the Emperor, and that easy alliance remains a key element of army-building in the next edition. You can include units of Sisters of Silence without invalidating your army-wide bonuses, and their unique abilities are a natural complement to your Custodes units.