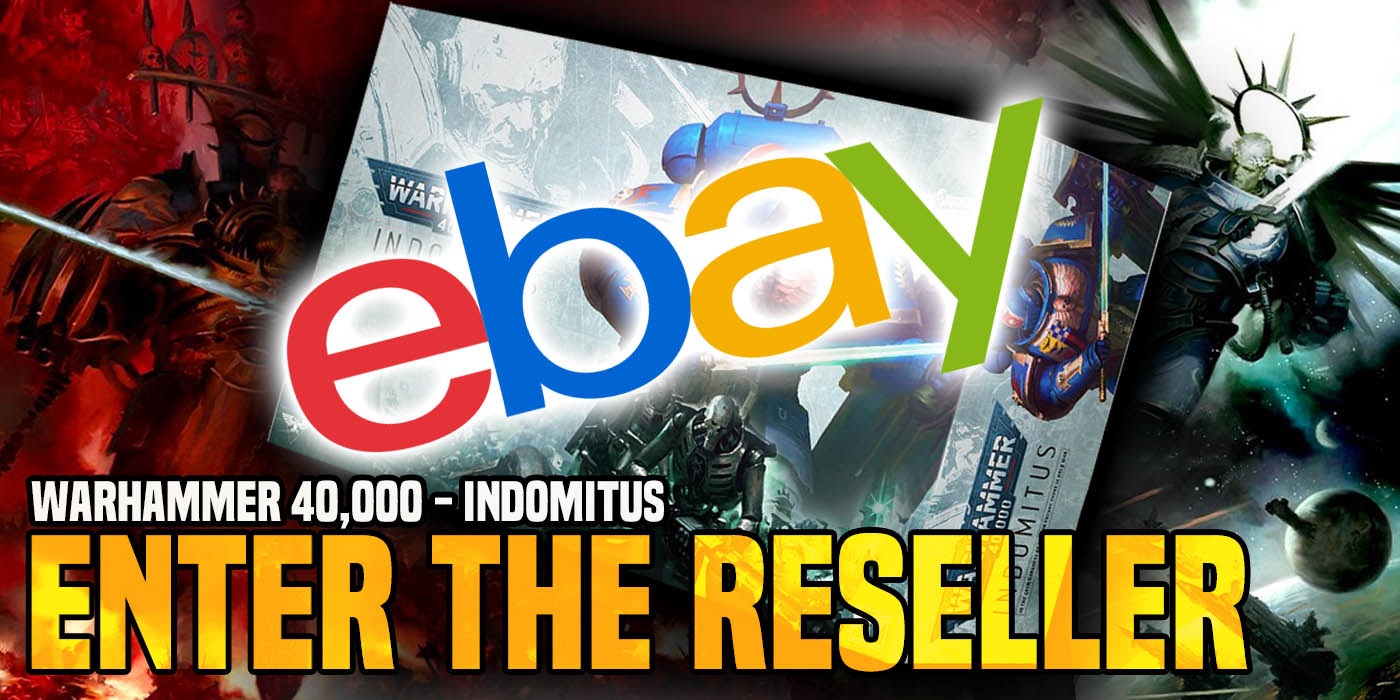 Indomitus was up for Pre-Order this weekend and sold out in minutes…and then started showing up on eBay.

In a surprise to no one the Indomitus Boxed Set for Warhammer 40,000 sold out it’s pre-orders this weekend. We knew that all the copies of the box were already purchased from their trade sales site and the supply was limited. In fact, we heard reports that retailers got their allocations limited, too. Now the box is officially sold out from GW and the only place to score it is from your FLGS if you pre-ordered it…at least if you want to buy it at that sweet $199 price point. 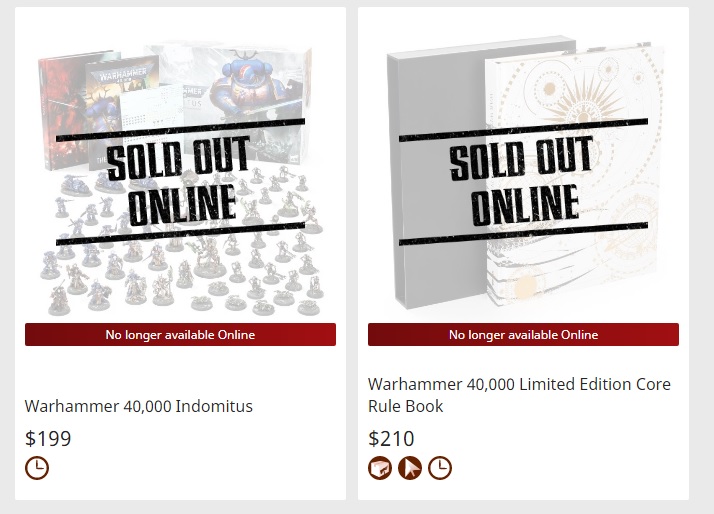 The Limited Edition Core Book also sold out – that was a quick 2000 copies.

If you still want a boxed set and your FLGS isn’t taking pre-orders, there is one place to turn left. eBay. You’re just going to be paying that classic mark-up: 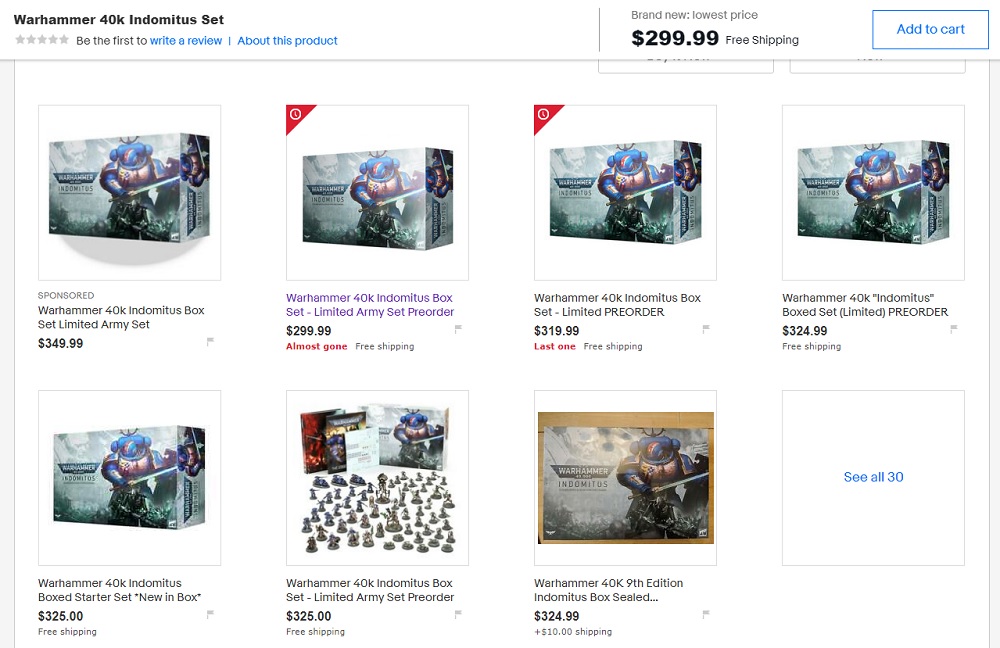 …and watch for those shipping fees!

In most cases, it looks like the eBay resellers are slapping on at least an extra $100 to the price, not to mention shipping. Hey – it’s a product in short supply and high demand so what did you expect. With a boxed set like Indomitus, it’s not a surprise that folks are willing to shell-out for it either. Based on the contents, $300 is still a pretty good deal.

Now, I’m not here to judge resellers – but I am here to call out some shady stuff we’ve seen. Particularly when it comes to product listings. We have seen folks post images for Indomitus at $200 showing off the box with the fine print saying “Space Marine Half” or “Necons Only” – buyer beware! Don’t get fooled into thinking you’ve got the last “Sweet Deal” from a reseller without reading the product description.

At least have the courtesy to show off the correct images.

One of the big reasons that GW introduced limits on pre-orders directly from the website was an effort to cut down on resales of the box set. Ideally, everyone who wanted a copy could get access to one. We know that’s not the case as folks missed out. GW also wants folks to buy it from their FLGS which is another reason they allocated the box, too.

If you want your local stores to stay around you should probably support them by purchasing from them.

But for folks that don’t have an FLGS and weren’t able to get a Pre-order in from GW’s website, their last resort is eBay. Unfortunately that does mean they will be paying more for the same product. Is it worth it? That’s up to each individual person to decide. For now, just be aware of the reselling frenzy and try not to get caught off guard if you do decide to go with that option.