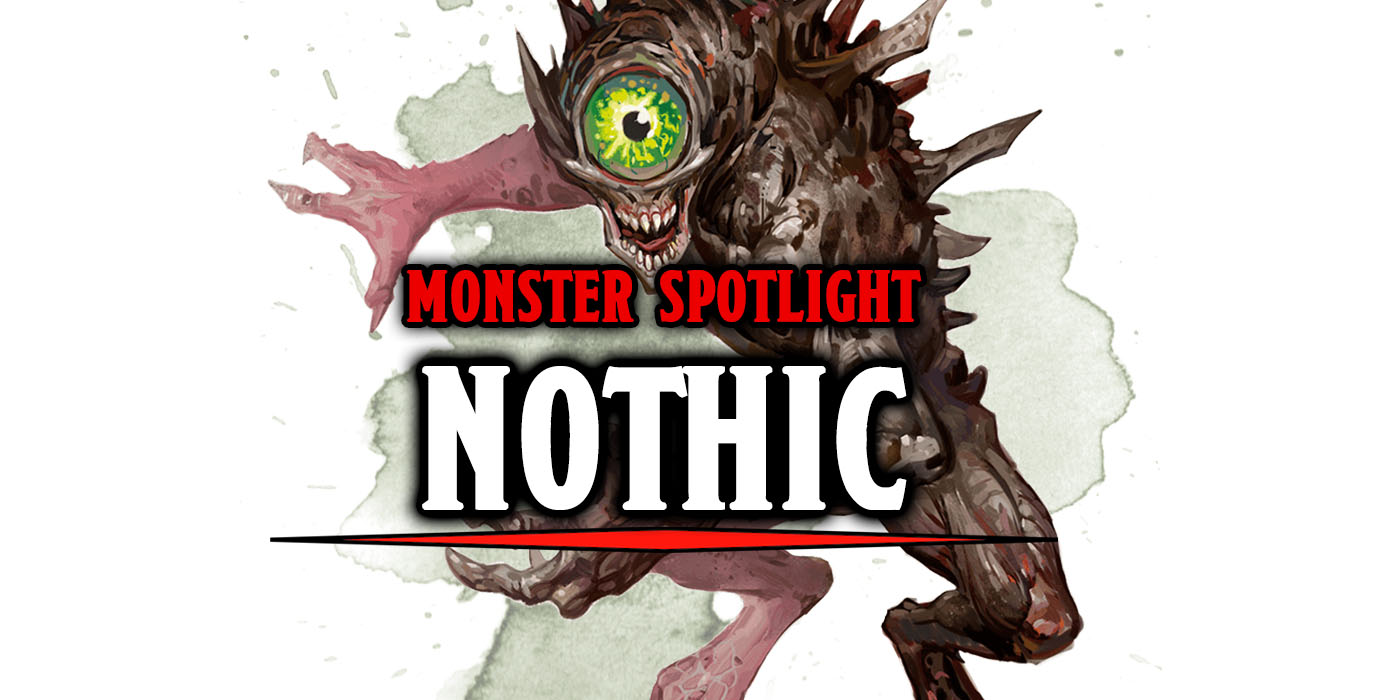 With one humongous eye and the ability to cause your flesh to rot with a gaze; if the nothic don’t keep you from adventuring underground nothing will.

Nothics are a relatively new addition to Dungeons and Dragons, not making an appearance until 3.5’s Miniatures Handbook in 2003. But despite not being classic D&D royalty with all of the beasts that showed up two editions earlier, they are some of the most interesting and scary creatures your party could hope to avoid while traveling through the dark underground 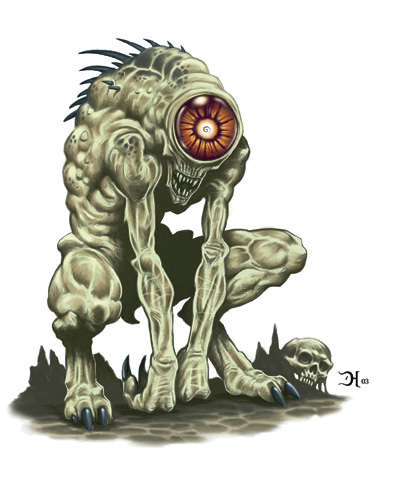 Nothics are subterranean monstrosities that will eat any living creature they can catch. They speak Undercommon in hoarse and wheezing voices, move unusually slowly, and despite having long and imposing claws, their claw attacks are weak. What nothics are exceptionally good at is looking, gazing, staring, and generally being terrifying with their one gigantic eye. On top of a racial bonus to spot checks, nothics can see invisible and ethereal creatures as if were neither invisible nor ethereal and have an ability named “Flesh-Rotting Gaze.” 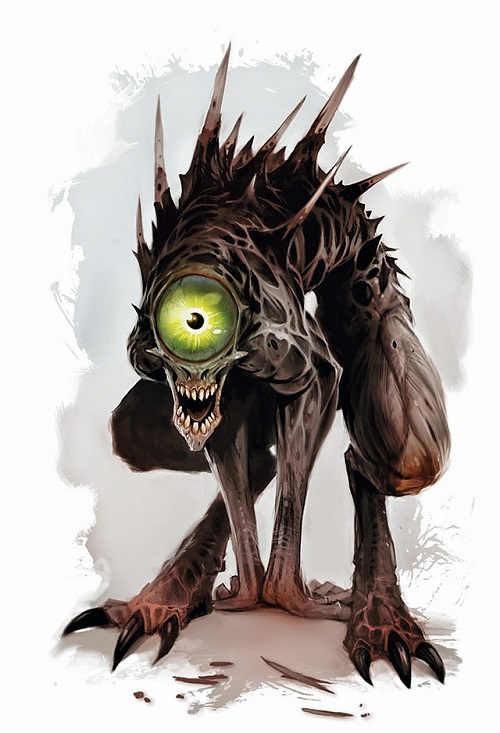 The most substantial difference between the 3E nothic and fourth’s version is a sharply declining level of sanity. 4E nothics are erratic and act in ways that seem random or nonsensical, so while they are likely to be controlled by someone more powerful, they are more like pets than servants. Nothics are basically the kind of stupid but very dangerous guard beast of more difficult foes. Also, they’ll do psychic damage to you now with attacks like Mind Rot and Mesmerizing Visage. 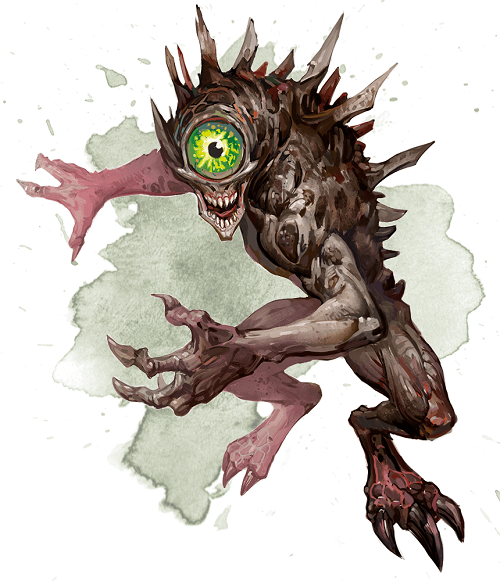 Truly moving up in the world, fifth edition is the first time the nothic show up in the first Monster Manual while the 4E didn’t come into play until the 2nd MM and in 3.5 the Miniatures Handbook. There lore has been expanded in 5E to describe them as wizards who were cursed by the lich Vecna with only a vague ghost of an idea of who they once were. Their leftover magic gives them insight and the ability to extract information from other creatures as well as their Rotting Gaze, but many of the weirder and more powerful attacks from the previous edition have been skimmed down.

What do you think of the nothic? Have you encountered one? Were they more like an unhinged hyena or a slightly psychic lost soul or something else completely? Let us know in the comments!