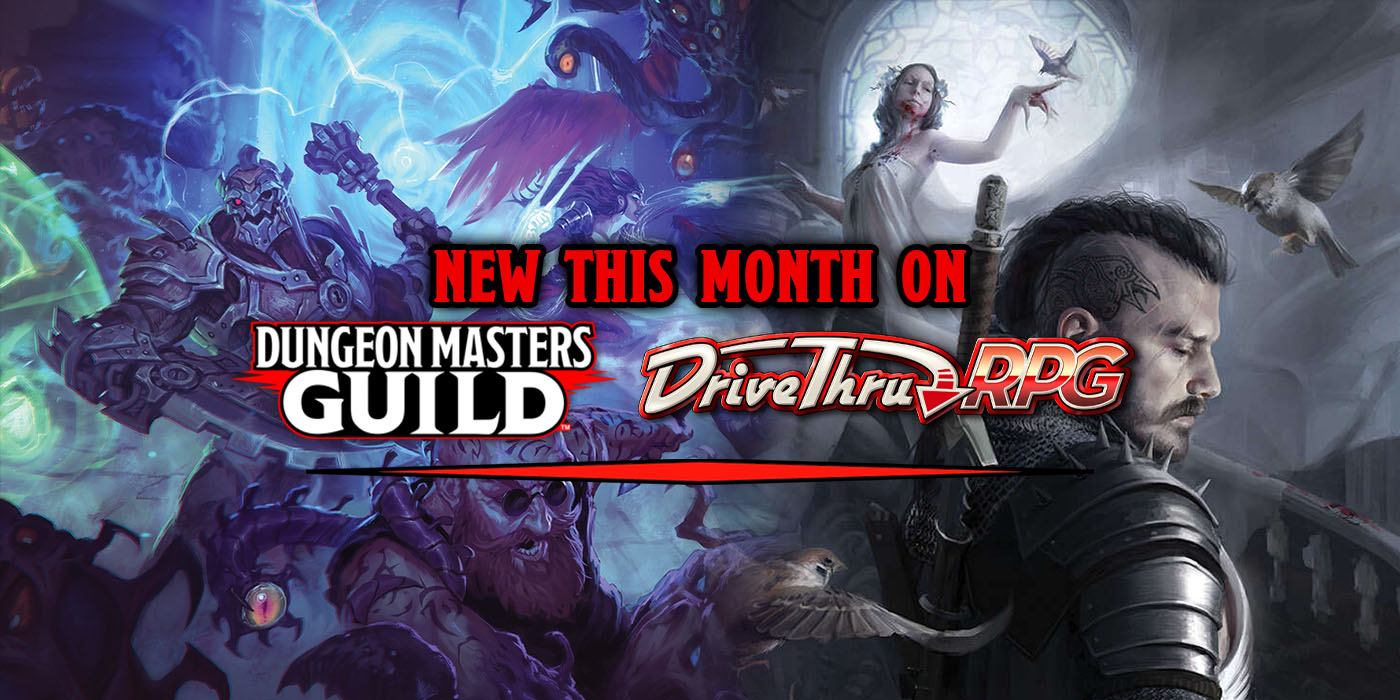 Take a trip back to the Labyrinth and Eberron before becoming a Witcher and visitng the Feywild this month on DM’s Guild and DriveThru RPG.

The Disappearance of Esme 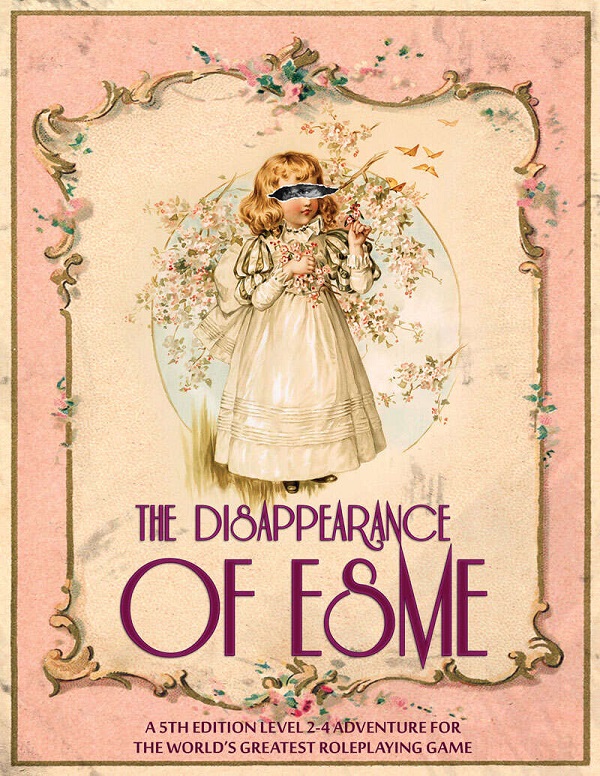 “An idyllic little village, nestled in a scenic valley. A deep, dark forest nearby. A little girl who stepped into the woods and never returned. It all seems like something out of a fairy tale.

But not everything is as it seems! A group of heroes must venture into the Emerald Forest to bring Esme back. They will soon learn that ‘bringing her back’ entails much, much more than that.

The Disappearance of Esme is a short adventure for four or five characters of 2nd to 4th level. It will take a party from an ancient forest to a magical island at the fringe of the Feywild to the Feywild itself.

As a standalone one shot, it is possible to complete it within a session of six+ hours. However, it is ideally played over two or even three sessions so that the players have time to absorb all that is happening and make decisions with more care. It can be placed within any setting where travel to the Feywild is a possibility.

This game reads like an adult fantasy comic or a the trailer for a horror movie. It’s a little morbid while still looking like a ton of fun. Going into the Feywild is never the makings of a boring fieldtrip, and the Disappearance of Esme is designed to take two or three sessions, possibly giving your players weeks of game to enjoy. 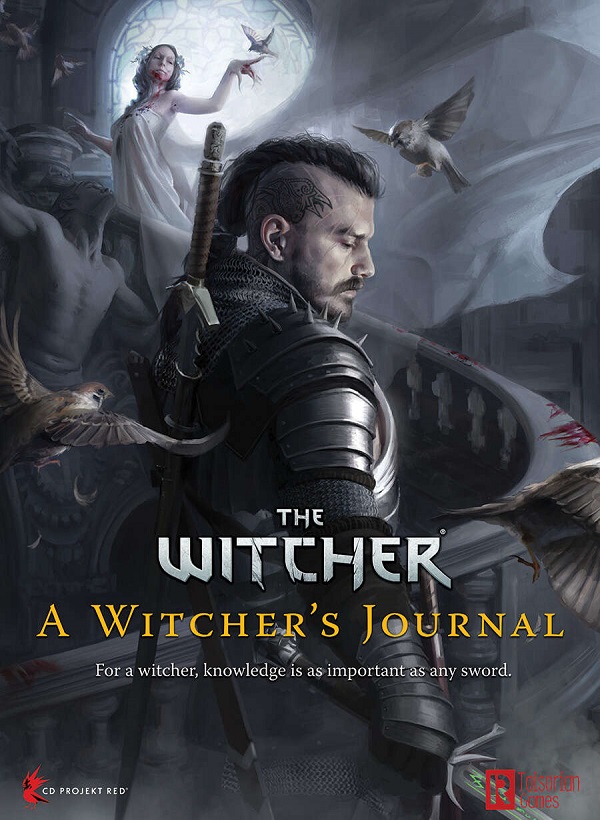 “Take a glimpse into the Golden Age of Witchers, when monsters roamed the world and you could hardly travel into the next town without running into a cyclops or a foglet! Through the journal of the founder of the Griffin School of Witchers, Erland of Larvik, you’ll encounter many new monsters; some of which haven’t been seen in generations.

A Witcher’s Journal is a supplement for the Witcher Pen & Paper RPG which gives you a number of new monsters and intriguing plot hooks to use in your game as well as new lore and an in-depth investigation system.

If you’ve jumped into the world of the Witcher with the popular tabletop RPG, you know how big the world is and how much bigger it could be. This supplement adds 33 monsters, lore and an entire investigation system to the system to make your campaign that much more treacherous and awesome. Consider throwing a coin to this book. 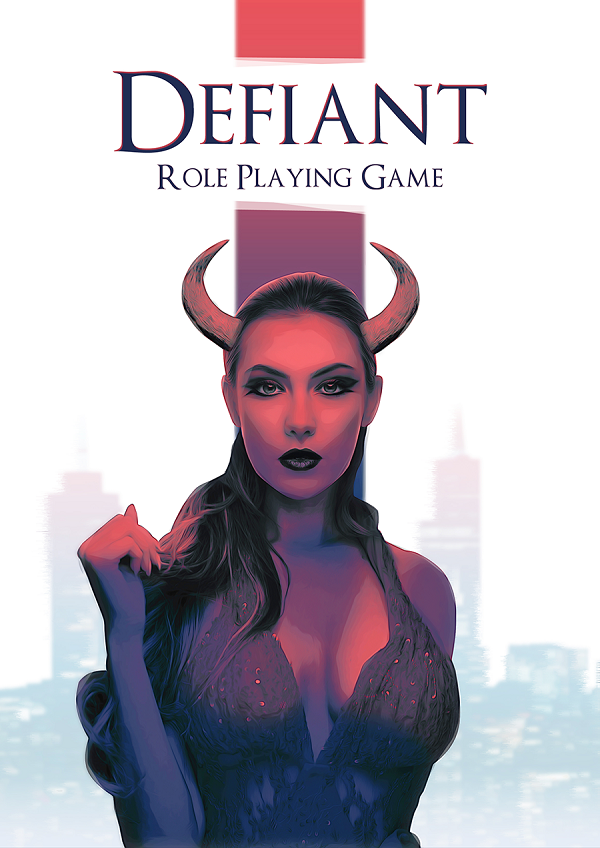 “Defiant RPG is an urban fantasy game about the mighty, modern-day supernaturals, who rebelled against their destiny and, instead of destroying the world, decided to protect it. By enforcing a demanding set of rules, the Defiant aristocracy empowers protective seals around their cities, making them the only safe-havens in a world ravaged by the Apocalypse.

The Player Characters are the Defiant blue-bloods, leading the supernatural society of fallen angels, demons, ancient gods, and dragons. They are powerful rulers, with their own Holdings (like clubs or luxurious mansions) and faithful subjects.

A lot of things drew me into this system right off the bat. I’m always a sucker for a well made urban fantasy setting, and any game with a robust and flexible system of successes and failures will always pique my interest. It’s so much more fun to have a partial failure or a success with consequences than to just have your GM say no. Does Defiant look a little dark and edgy? Yes. But sometimes that exactly the game you want to play. 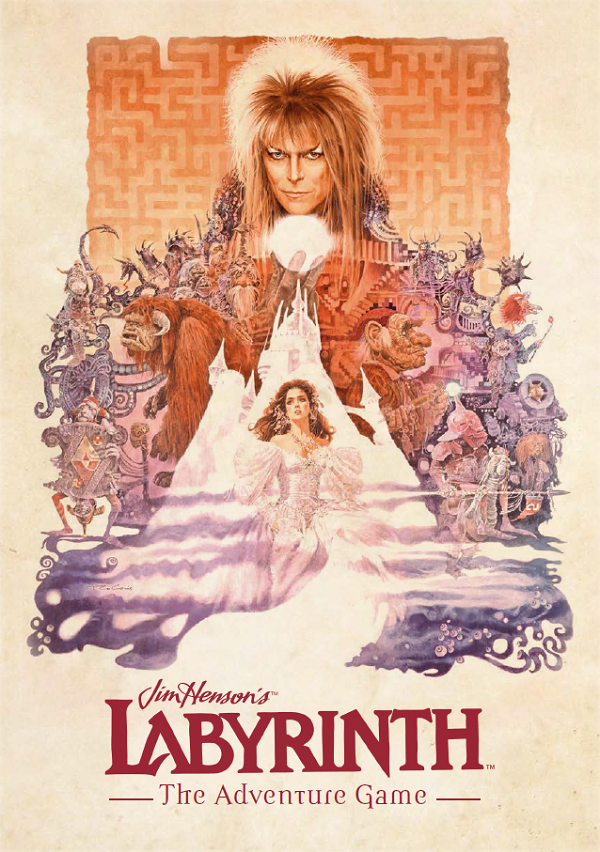 “Hello, and welcome to Jim Henson’s Labyrinth: The Adventure Game (we call it ‘the Labyrinth’, for short).

This book contains everything you need to play in and run your own version of the Labyrinth. Have you ever asked the question: what if Sarah asked the Helping Hands to go up rather than down? Have you ever wondered how you would have fared in this dangerous and exciting world? Have you ever wanted to shape a world with your mind, like Jareth? This game allows you to answer these questions and more with the help of your friends and a couple of dice.

Above all else, this book gives you the tools to create your own stories in the fantastical world created by Jim Henson and Brian Froud. We hope you enjoy exploring their world, and making it your own.”

I love Labyrinth so darn much that I almost forgot to add the product description. Comics, an upcoming sequel, and a quick to trip to the fanfiction website of your choice will very quickly show you that in almost 35 years people haven’t gotten over this Muppet filled classic, so maybe it’s time to visit the Goblin King with some of your closest friends and a bag of dice. Just don’t wish your most annoying sibling away. Or do, I’m not your boss. 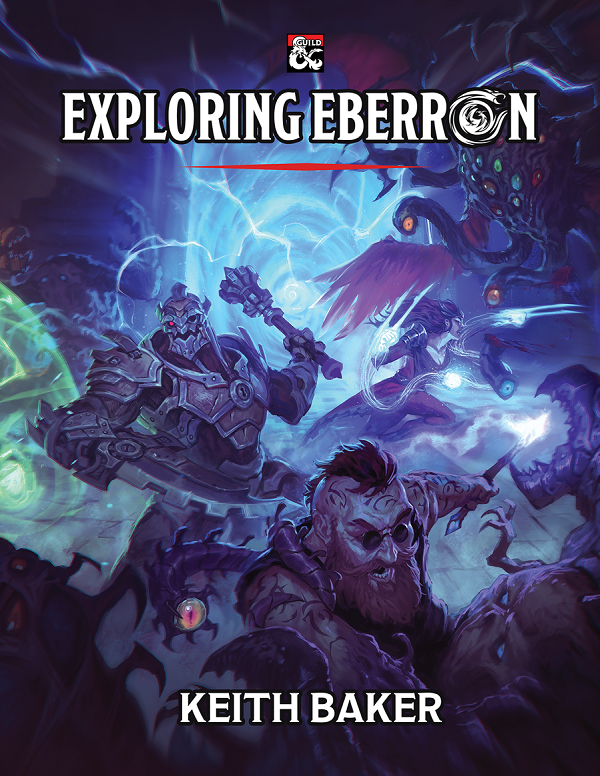 “Join Eberron setting creator Keith Baker in this tour through the lands, oceans, and planes of Eberron. Exploring Eberron presents Keith’s vision of Eberron like never before, with fresh lore and rich illustrations to bring the setting to life.

In this book, Keith takes players and Dungeon Masters on a thrilling dive into the world of Eberron. Encounter the monstrous folk of Droaam, the goblinoid Heirs of Dhakaan, the Mror dwarves and their Realm Below, and the sahuagin and merfolk dwelling beneath the waves. Embrace faiths of altruism, pragmatism, and darkness. Browse the tomes of Dolurrh’s Vault of Memories, seek the Amaranthine Cities of Irian and Mabar, meditate with the githzerai monks of Kythri, and much more.

The adventure won’t be easy! Mighty friends and foes await—from legendary archfey and proud sahuagin to nightmarish quori and alien daelkyr. Eberron is a world in need of heroes, but take heart: between these pages lie a host of character options for would-be heroes to enjoy. You’ll discover new archetypes for the artificer, cleric, druid, monk, and bard. Play unique Eberron races and subraces including gnolls, Dhakaani goblinoids, aasimar of diverse faiths, and ruinbound dwarves. Uncover a wealth of magic items from around the world, wield symbionts that bond with your very flesh, channel your dragonmark with focus items—and perhaps even manifest a Siberys dragonmark of immense power.”

This wildly popular expansion on Dungeon and Dragon’s Eberron book has bee the talk of the RPG community for a few days now, so it’s no big surprise that it was front and center for DM Guild’s new and popular offerings. With expanded rules, archetypes, races and subraces, this is a must have addition to your RPG library if you have an artificer, love those D&D robots or can’t wait to see what the Eberron twist on a druid would look like. Spoiler alert, it’s rad.

An Elf and an Orc Had a Little Baby 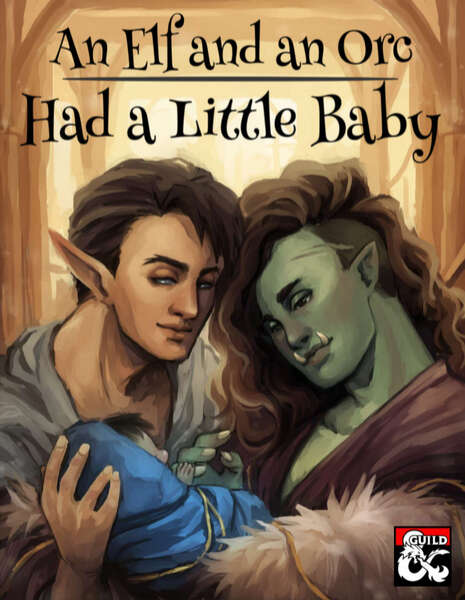 “Now you can play an elf-orc raised by dwarves! Or a gnome-halfling raised by kobolds! Even a grung-warforged raised in Avernus is a possibility!

“…this supplement is truly an informed, aware and inspired step forward in continuing discussion about who, how and what makes up a D&D character, and how to create them just how we envision them.” – Curse of Sebs

An Elf and an Orc Had a Little Baby: Parentage and Upbringing in D&D is a 113-page rules supplement that entirely replaces chapter 2 of the Player’s Handbook. Instead of D&D’s bioessentialist approach, this title separates biological traits and cultural traits into two categories: parentage and upbringing.

To create a new player character using this supplement, players choose two birth parents and an upbringing. (Then they go on to choose a background and class, as normal.) Players can feel free to create any combination to create a unique and vibrant character.

Inside this title, you’ll discover

Have you ever made a character and thought, “This is good and well, but I need more options.” Now you can make a character using any combination of parents and any upbringing to create a truly unique character all your own. Orc and Elf? Sure! Tiefling and Gnome? Why not! They were raised by Haflings? Sounds great! If the rules were holding you back from the exact character your want to make, let this supplement expand upon those rules.

Have you picked up any new RPG books this last month? What’s your new favorite publication? Do you stick to physical printed books, or do you have a robust collection of PDFs filling up a hard drive? Let us know in the comments! 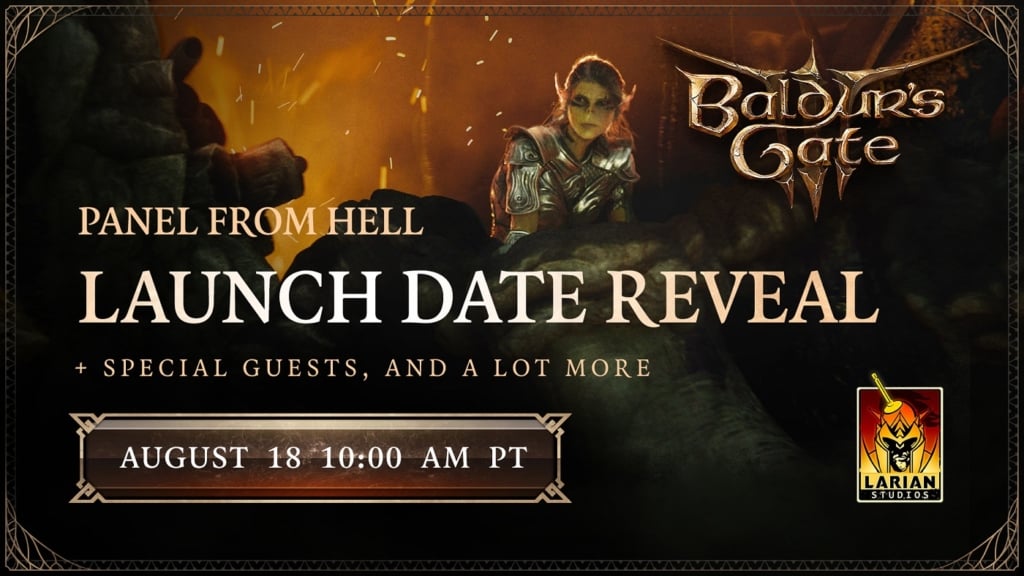