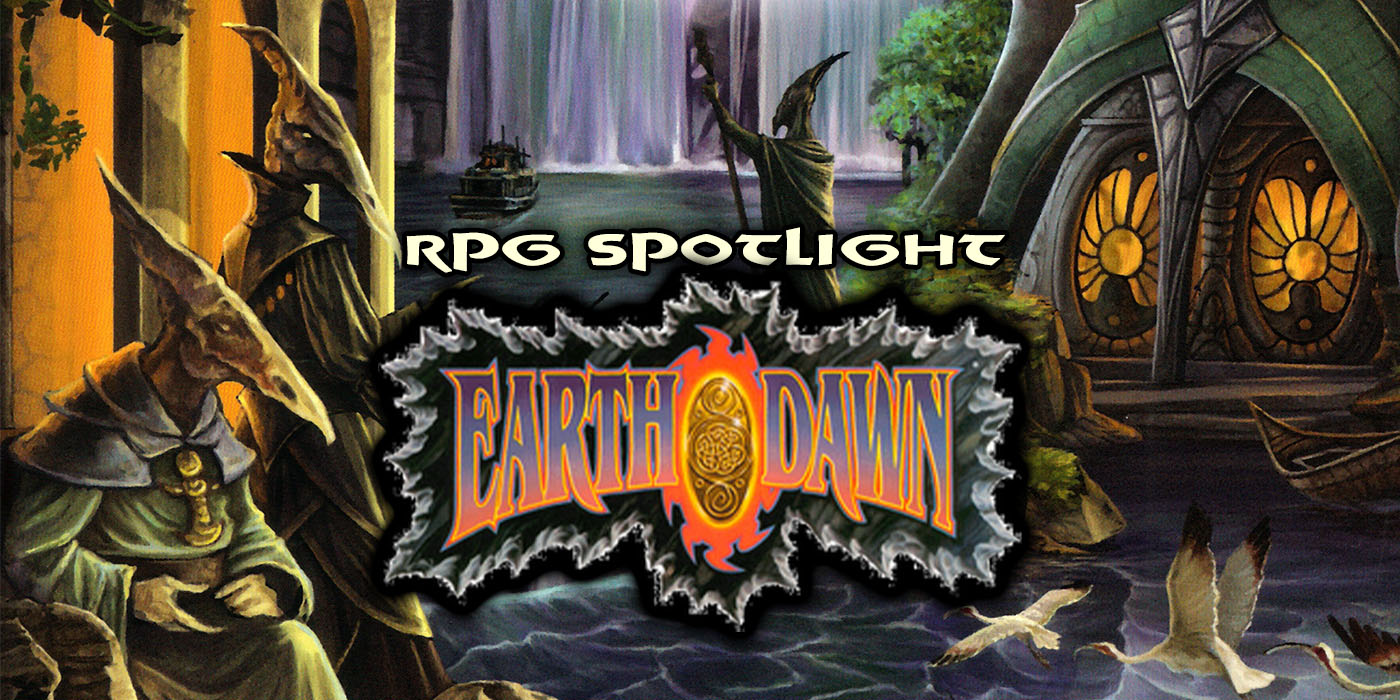 Long before the shadowrunners and the cybernetics, the world was full of magic and Horrors. Let’s explore the world before magic disappeared with Earthdawn.

Earthdawn was first published in 1993 by FASA, and though it is very much a classic fantasy tabletop RPG, it is fantastically unique and throw a few curveballs you may not expect. It’s a fantasy adventure game to its core, but Earthdawn keeps its fantasy grounded with rich world building and a logical approach to magic.

Oh, and by the way, Earthdawn is a direct prequel to Shadowrun. 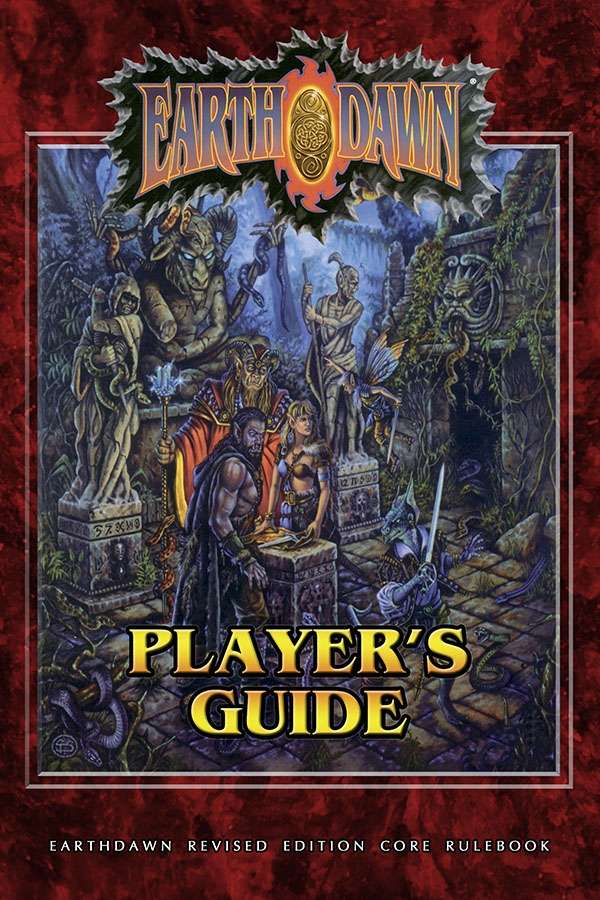 The world of Earthdawn is an alternate version of Earth – the same alternate version of Earth you’ll visit when becoming Shadowrunner. A few thousand years before the alternate Earth that you know and love Barsaive was a world where magic ebbs and flows like a tide, periodically letting creatures called Horrors cross over from their dimension to Barsaive. These horrible and sometimes very intelligent monsters forced the people of Barsaive to live underground and wait until the Horrors were gone. These people emerged, four hundred years later, to a world completely changed and slightly less overrun by Horrors, and this is where your adventure starts.

As a fantasy RPG, Earthdawn gives you a full range of races to chose from including Human, Dwarf, Elf, Ork, and Troll as well as some you may not be as familiar with like T’skrang, Lbsidimen, and Ulkmen. And the complex backstory and world creates a number of kingdoms, citystates, and societies to become familiar with and explore. The lore of Earthdawn creates a fantastically deep well for players and game masters alike to draw from, and the masterfully backstory creates a world that would just equally interesting to travel through or read as a fantasy novel. And if you’re interested in that sort of thing, quite a novels and anthologies have been published.

The game mechanics of Earthdawn aren’t daunting or complex like their far future heir, but they can be a little confusing for a player who is  unfamiliar. Skill levels are measured in “steps” and based on the step they will consult a chart to see how many and which dice to roll. Should a player roll the highest possible number on a given die, they will re-roll that die and add all of the numbers together for a compounding roll total. They can continue re-rolling and adding for as long as they continue landing on the highest number. The chart changes a few times between editions, but this system is designed for it to be always possible to fail or succeed at a roll, regardless of how skilled or new you are at a given task. 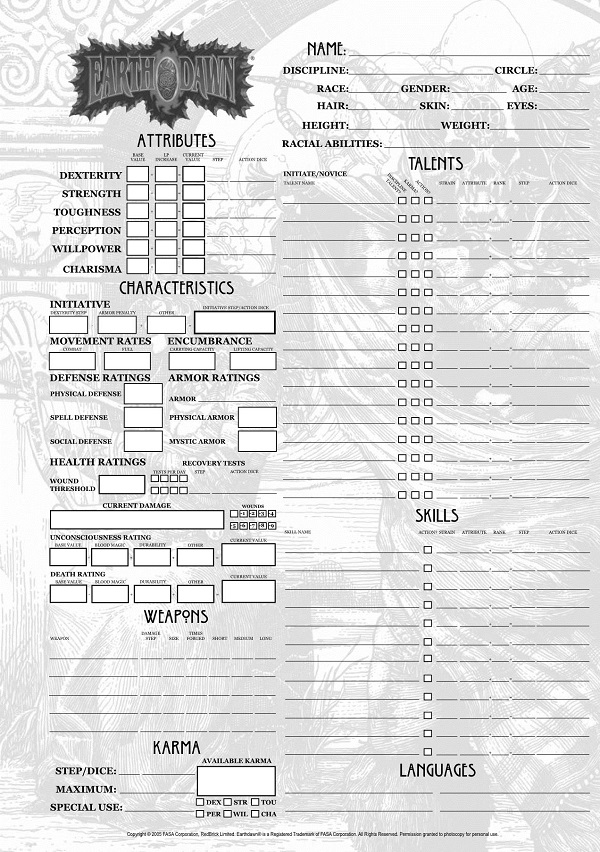 Despite being passed around a little and being published by Living Room Games and RedBrick, the license was eventually transferred back to FASA and a fourth edition of Earthdawn was released by them in 2015. Earthdawn is a game that has enjoyed more than thirty years of editions, updates, gameplay and lore and has taken that time to produce a one of a kind world for its players. Whether you’re looking to play a fantasy RPG with a different feel from D&D, you’re looking for a deeper understanding of the world of Shadowrun, or you just enjoy an interesting setting for an adventure, Earthdawn is a game well worth checking out.

If you’re ready to take a trip to Barsaive, you can find the Earthdawn RPG books as well as some of the novels at FASA’s official website.

Have you played Earthdawn? What do you think of the step based system? What part of the world is your favorite? Let us know in the comments!