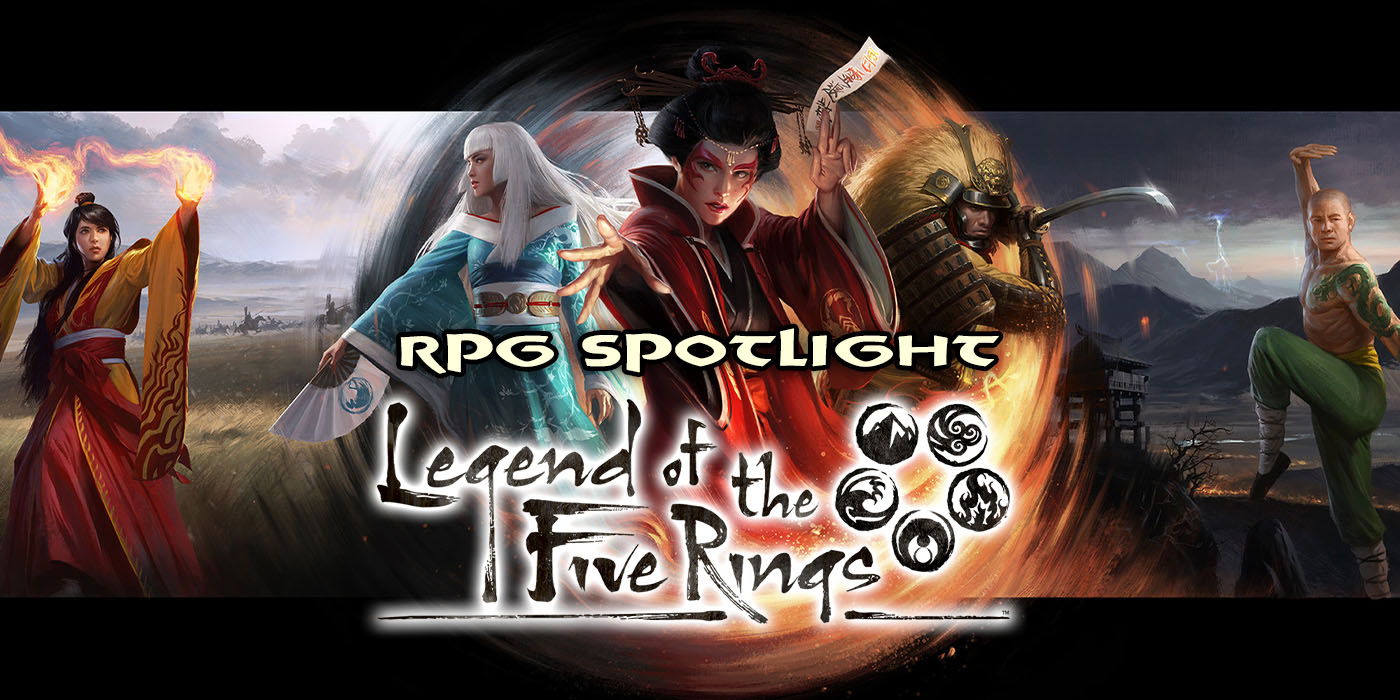 Take on political upheaval, generations long rivalries, and celestial turmoil this week when we take a look at Legend of the Five Rings.

Legend of the Five Rings was first published in 1997 by Alderac Entertainment Group, and after years of acclaim, success, and four editions over the course of 13 year, L5R (as it’s commonly known) found its way to Fantasy Flight Games. In 2018 FFG released a fifth edition which kept the spirit of the game and some of the playable aspects intact, while reworking a number of other things to help bring the game a little more current as well as releasing comprehensive game starter kits. 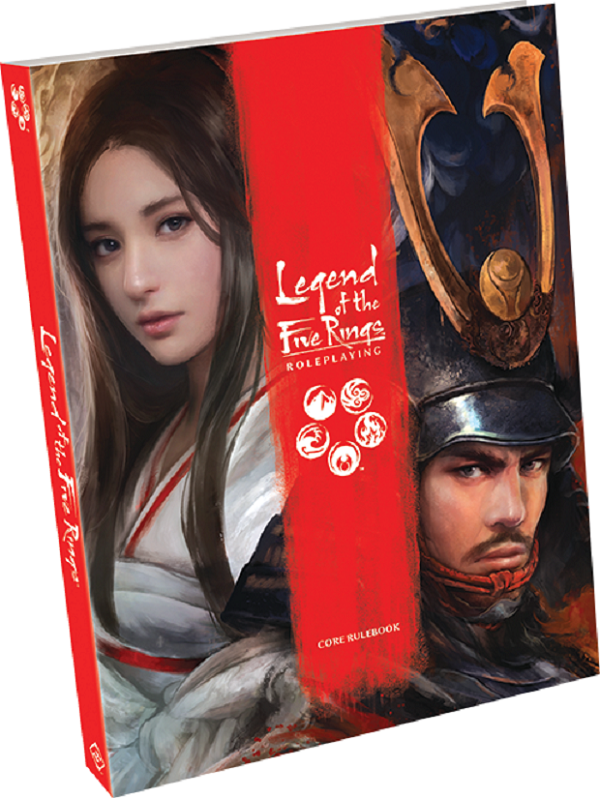 The game takes place in Rokugan, a fantasy setting based strongly on feudal Japan with influences from other real-life Asian cultures and, of course, a healthy dose of magic. Keeping in line with its inspiration, Legend of the Five Rings is a somewhat complex game where clan, family, school, and honor are all very important, not just as role-playable social constructs, but as measurable aspects of your character that will appear on your character sheet and have real effects on your sessions. Additionally, the five rings the game is named after also have effects in the game, each representing a different element (Air, Earth, Fire, Water, and Void) and lending themselves to aspects of character creation and once your character is formed, attacks and stances. If it sounds a little complicated and involved… well I don’t think that would necessarily be incorrect. Legend of the Five Rings is definitely one of those RPGs with a learning curve, but once you get it, you really get it.

On top of having a built in way to build your character’s background and backstory, Five Rings has a few things that Fantasy Flight Games loves adding to their RPGs – proprietary dice and career trees.

Once you’ve chosen your character’s clan and family, their school is most like a “class” in D&D and starts them down a specific career path. As the game progresses the character will earn abilities afforded to them by their chosen school. 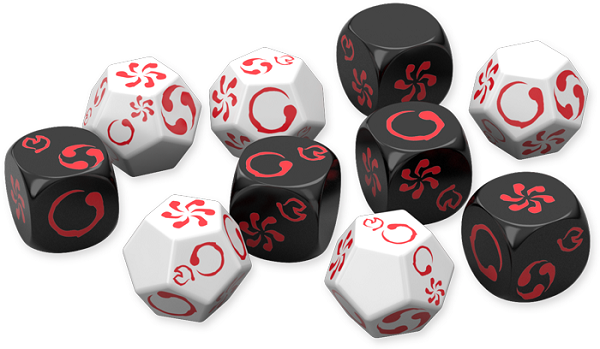 The dice and their relationship with gameplay will be familiar to you if you’ve played any of FFGs other games, but this means that for newer players this is another place where there will be a little bit of a learning curve and a couple of moments of consulting the dice roll key. Basically, there are skill dice which are determined by your skill level and ring dice which are likewise linked to how many rings you have in each given element. If you have a skill level of 3 in acting, you will roll three skill dice. These dice can land on sides that are blank or have symbols for success, exploding success (you can roll an additional die), opportunity (not a success but affords you a boon or opportunity of some kind), and a strife (similar to stress in other games, strife is an accumulating level of emotion that can cause your character to act poorly in a way that causes them to lose honor or status).

In general, Legend of the Five Rings has a number of gameplay aspects that I personally enjoy quite a bit. I love a good skill tree, always enjoy a well designed stat for stress or strife both for roleplaying purposes and as a mechanic for impending doom, and their philosophy of mixed successes and failures that present future opportunities has long been a favorite of mine. It’s a well thought out game with a ton of lore. The only thing that may be difficult or hold people back from really jumping into this particular pool is how deep and daunting it looks. While it’s really not much more scary or complex than FFG’s Star Wars game,there isn’t safety net of having a pre-built understanding of the world the way people understand the galaxy far far away. But if you’re willing to be just a little out of your depth for just a moment as you learn abut Rokugan and its five rings, you’ll find the journey will have been worth it. 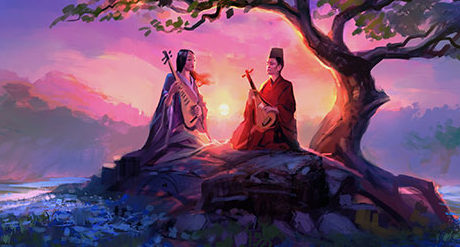 If you’d like to check out Legend of the Five Rings for yourself, you can find everything you’ll need on the Fantasy Flight Games official site.

Have you played Legend of the Five Rings? Do you prefer the original or FFG’s take on the system? Which clan and family did you chose? Let us know in the comments!