RPG: Warhammer Fantasy Invites You To Your Funeral

A new WFRP Adventure, It’s Your Funeral, is at hand. Come get lost in a maze of shattered alliances, forgotten heirs, and deadly schemes.

The world of Warhammer Fantasy is often brutal to the unprepared. Even if you’re prepared, you never know when a friendly smile hides a murderous heart. Little wonder then, that the world is rife with plots that span multiple adventures. And last year at Gen Con, legendary WFRP writer Graeme Davis gave a seminar about creating plots with multiple threads and a slow burn.

Out of that seminar came the adventure before you today, shaped by the audience’s ideas and molded by Davis into its final form, It’s Your Funeral is everything great about the Old World in one handy PDF. Check it out. 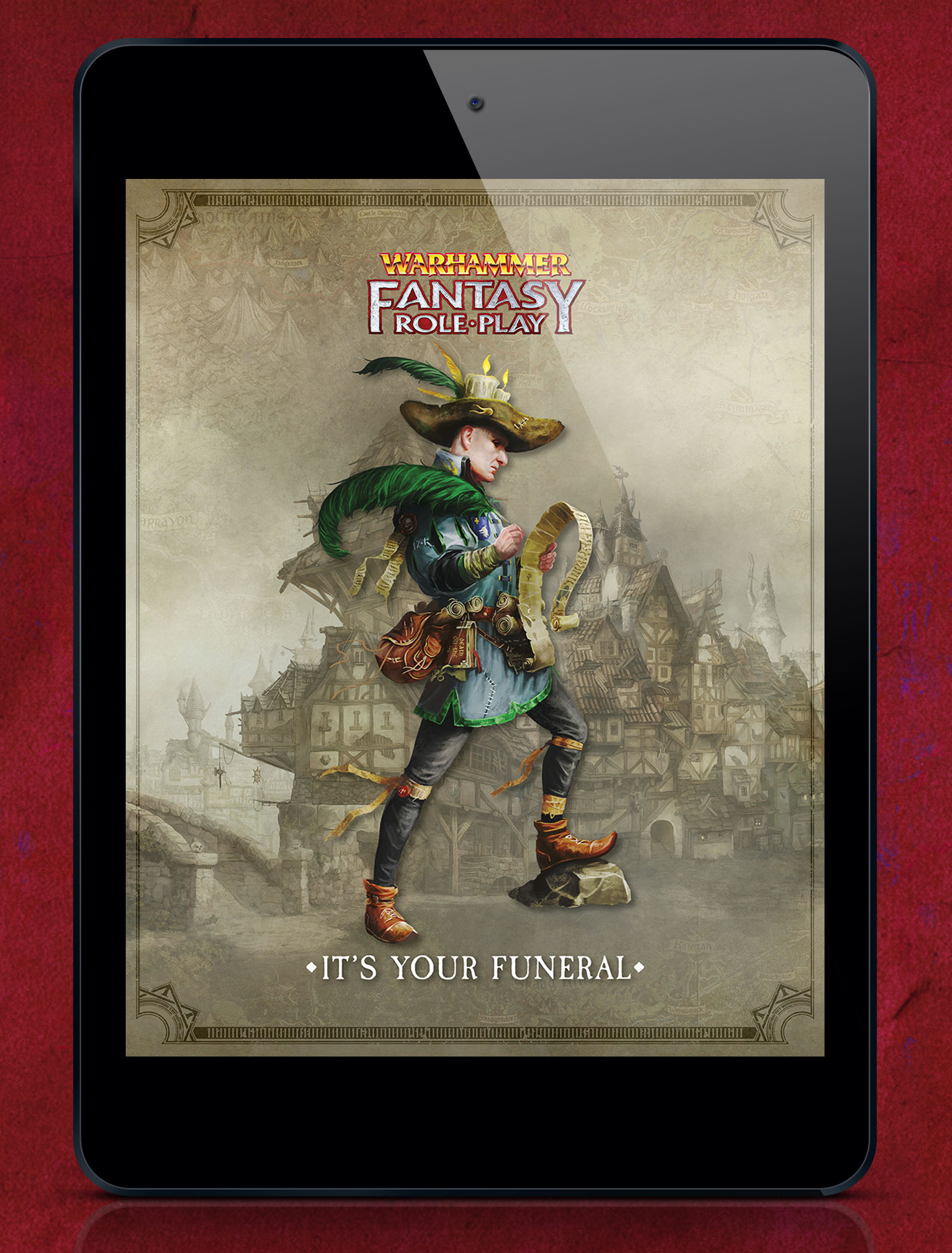 At GenCon 2019, the legendary RPG creator Graeme Davis hosted a talk called ‘Whose Night is Rough Anyway?’ in which he described the process of creating multi-plot adventures like those in Rough Nights & Hard Days for Warhammer Fantasy Roleplay. As the audience called out ideas, the germ of this adventure was created.

The Garden of Morr is the ultimate levelling ground for the great, the good, and the grubby. Regardless of rank or social status, there is room in Morr’s realm for all those who shuffle, march, or otherwise stumble off this mortal coil. Granted, some of these graves are a little less well presented than others, and the space given over to paupers is little better than a pit, but even so…

When news of the passing of the beloved Doktor Albrecht Ledermann began to circulate, those grateful souls whose lives he had saved over his 40 year career began to gather together in mourning. Unfortunate, then, that the Countess Elise von Fürstenrecht should choose about the same time to take her own parting from the world. Both groups of mourners throng the graveyard, and more than one shifty looking individual can be spotted, each pursuing their own agenda while arguments rage over who should be laid to rest first. Can the Characters brave the twisting parallel threads of intrigue that flow throughout the day’s events, or will they be left puzzled by the plethora of cold bodies, open graves, forgotten heirs and hidden threats? Well, It’s Your Funeral…

It’s Your Funeral is an adventure suitable for most parties of skilful investigators. It can be used as a standalone adventure, or easily woven into any ongoing WFRP campaign.