The climactic dog fight from Episode IV is captured in this moving Lego My Own Creation kit.

This is JK Brickworks’ take on the Episode IV chase through the trenches on the surface of the Death Star. The crank on the side can be turned to make the ships move from side to side as if Vader’s TIE is chasing Luke’s X-Wing. The turbo lasers on the top also track the X-Wing by sweeping back and forth along with the TIE. 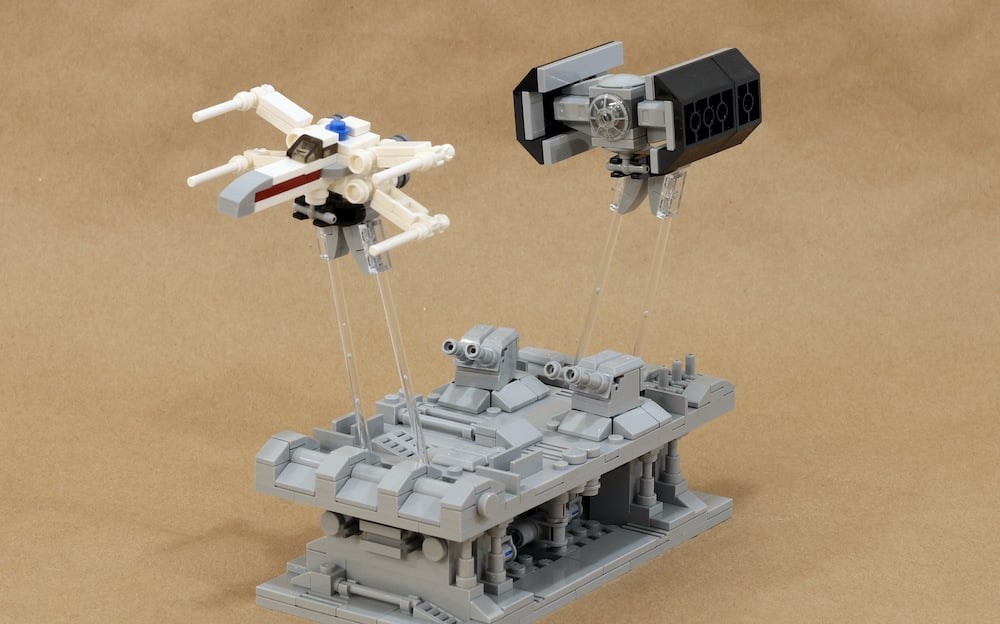 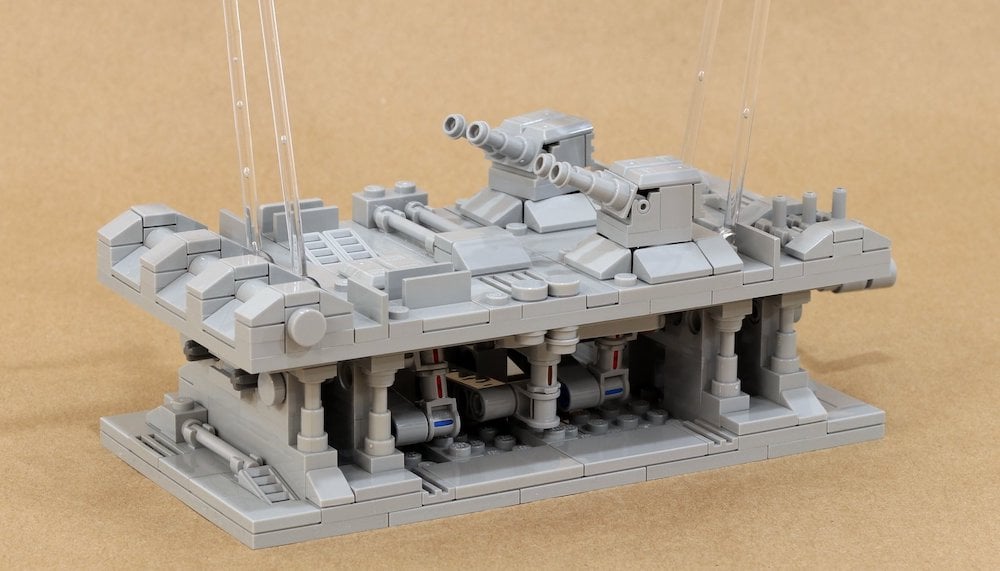 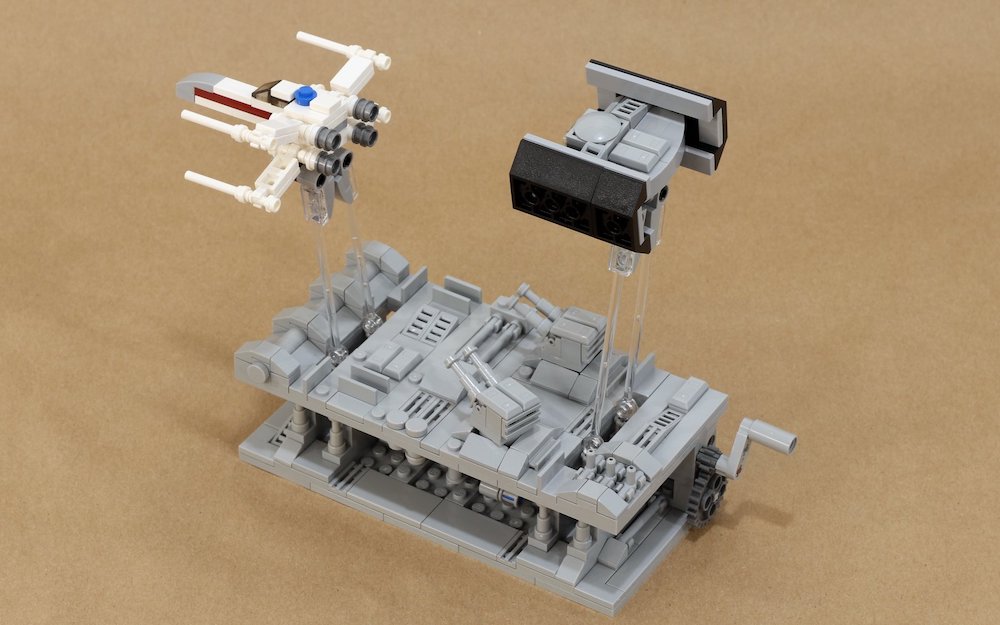 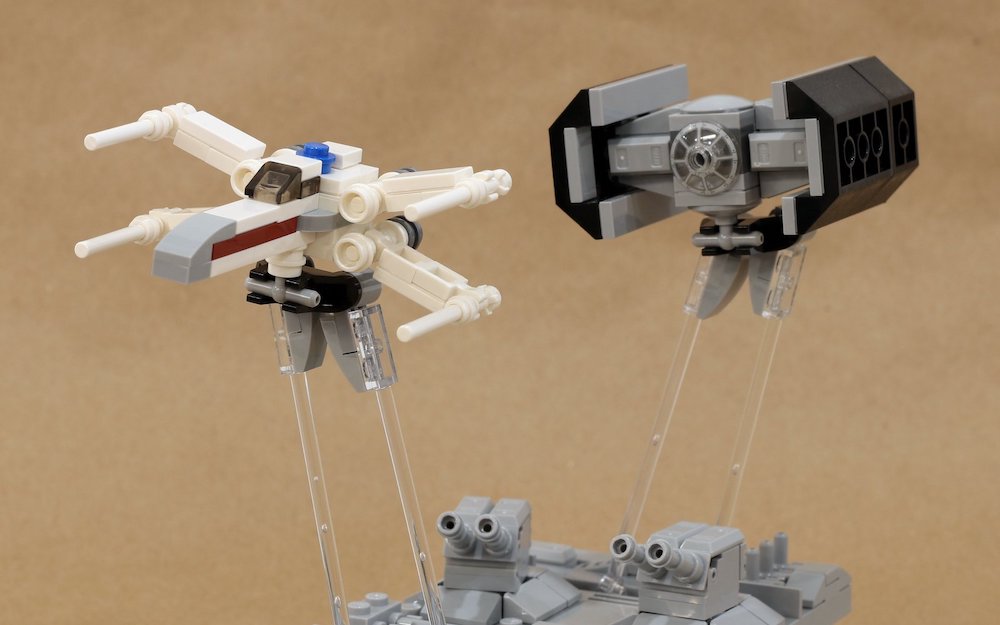