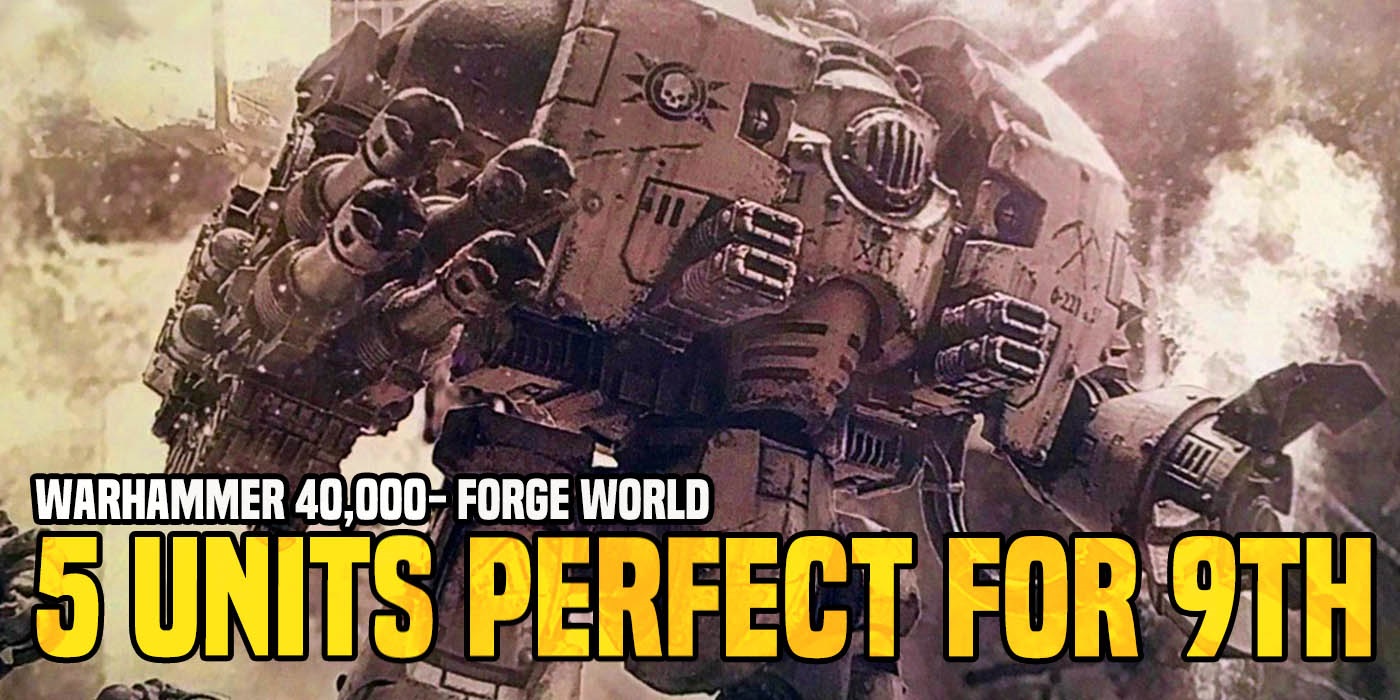 If you’re looking to add some spicy resin to your existing army then here are a few units from Forge World that would fit the bill.

Forge World makes some pretty impressive looking models and they often fill a niche role in an army that can be quite helpful. Today we’re going to take a look at five options that are still quite potent in 9th edition. Sorry Xenos – we didn’t forget about you but these options are basically for the Imperial and Chaos players out there.

This Dreadnought has been a beast since the day it was introduced. And thanks to all the buffs to vehicles and monsters in 9th, it’s even better. If you’re looking for a walking tank that can dish out enough firepower to make a gunline blush, then check out the Leviathan Dreadnought!

Remember that time Primaris got a Super-heavy? Well, it’s still a thing and it’s still just as deadly! A massive anti-grav hovering monster of a tank, this thing is a mobile firebase. And 9th changes in 9th edition only made it better and stronger than before. Looking to run an armored company of Primaris? Well this is your centerpiece! 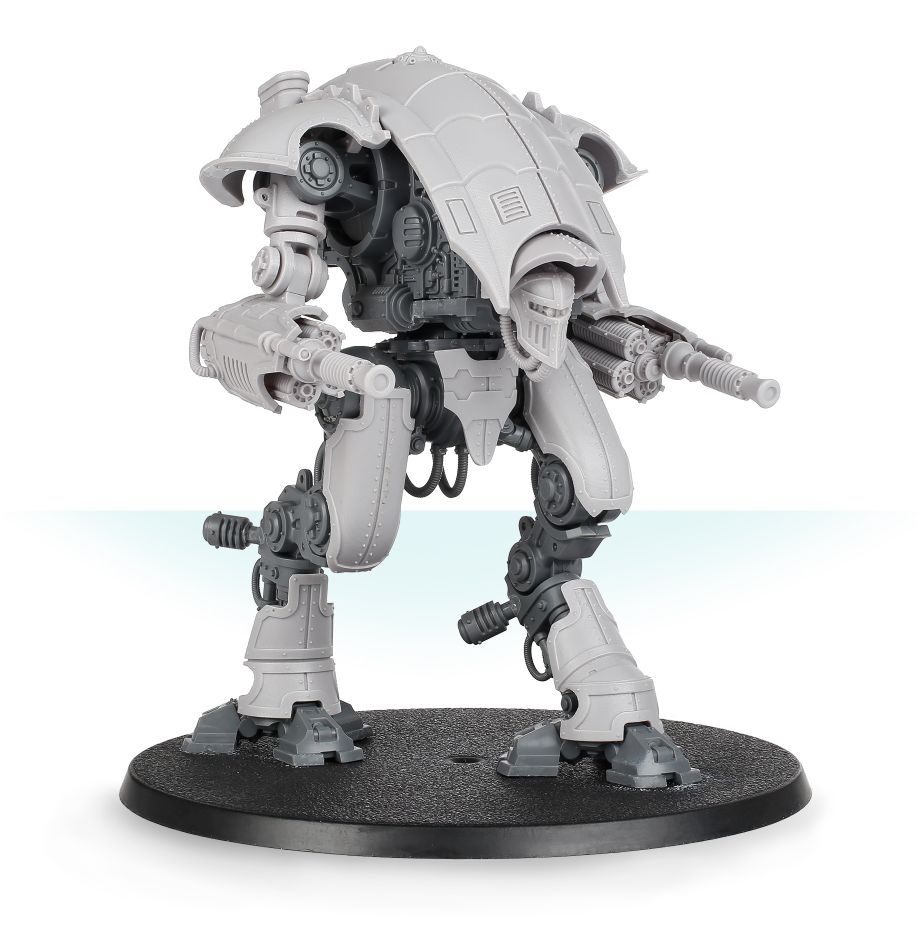 Do you like Armigers? Do you wish they had more weapon options and/or had different armor? Well the Moirax are here for you! They, like all the options on our list, benefited from 9th edition. Plus they have some pretty versatile weapon options that can slide right into whatever role you need them to fill. They are basically fancier Armigers! 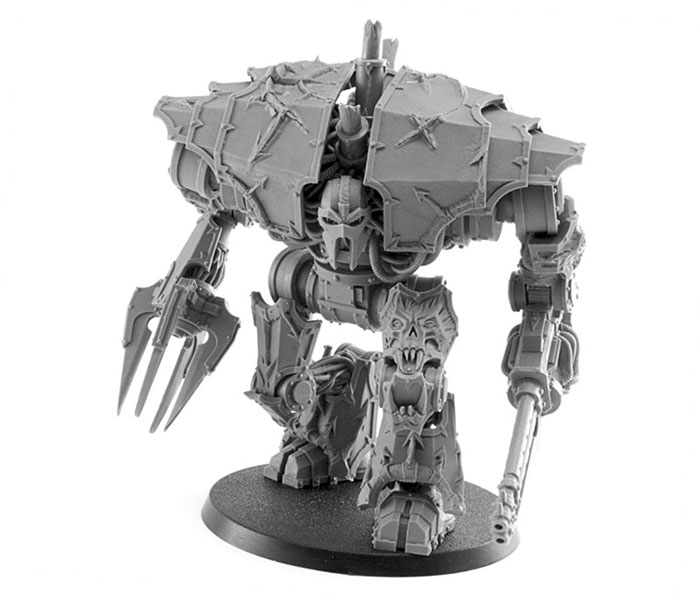 So Dreadnoughts and Dreadnought-like units are going to be good in 9th. And Chaos has one of the meanest and most efficient killing machines out there. The Decimator Daemon Engine has some flat out brutal weapon options and is even meaner in 9th edition. Why not run one of these gunned-up chaos dreads!? 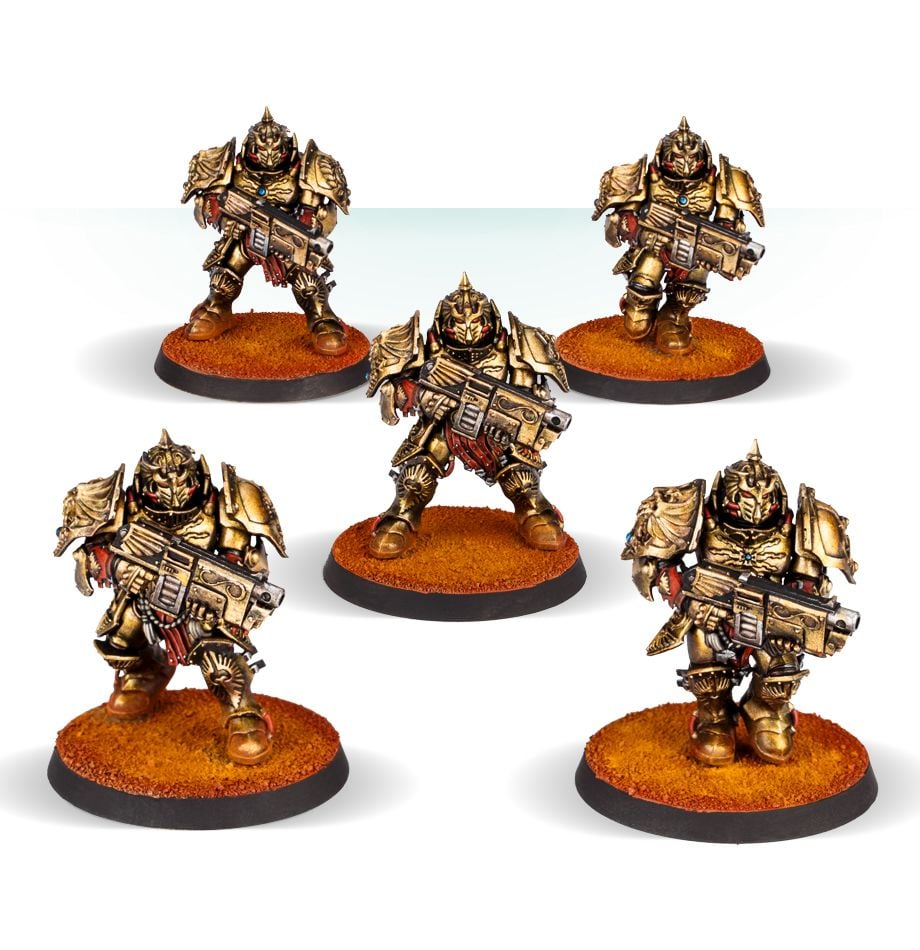 Oh hey! It’s a non-vehicle option for the Emperor’s Golden Boys – the Custodes. The Sagittarum Guard are a fantastic unit for the Custodes because they are longer range than their closer-combat counter parts. Plus they are pretty points efficient and can help you to take and hold objectives while still making an impact on the battle. And they are still tough-as-nails to deal with so removing a five strong unit of them will still take some dedicated firepower.

What are some other units from Forge World that you think got a leg-up in 9th edition? Let us know in the comments!