“Age of Sigmar: Crypt Hunters” Is The Perfect Intro Game 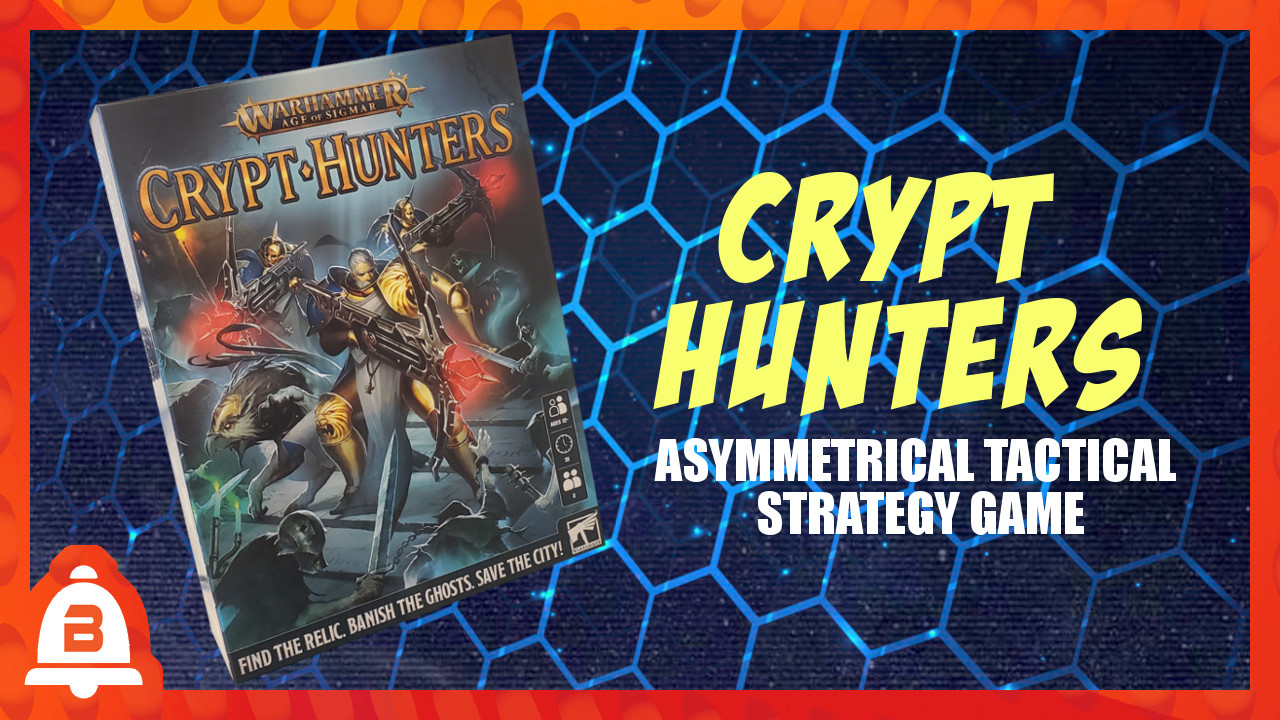 With just the right level of depth and strategy, Crypt Hunters does a great job of being welcoming to new players while still be engaging for veterans.

Delving deep into the depths of the Ten Thousand Tombs, an elite force of Stormcast Eternal Castigators search for a lost relic that can banish undead with the purest light. But the tomb is not without its own tricks. The shifting walls are confusing and disorienting and filled with deadly traps and even more deadly restless spirits. Can the Stormcast Eternals brave this cursed tomb and find their powerful artifact or will they fall prey to the unending swarm of Chainrasp ghosts?

The game plays out over any number of rounds until one player has achieved their goal: find the Illuminator or die trying. At the start of each round, the Chainrasp player places a hallway tile from a stack of tiles anywhere on the map that the Stormcasts have line of sight to. 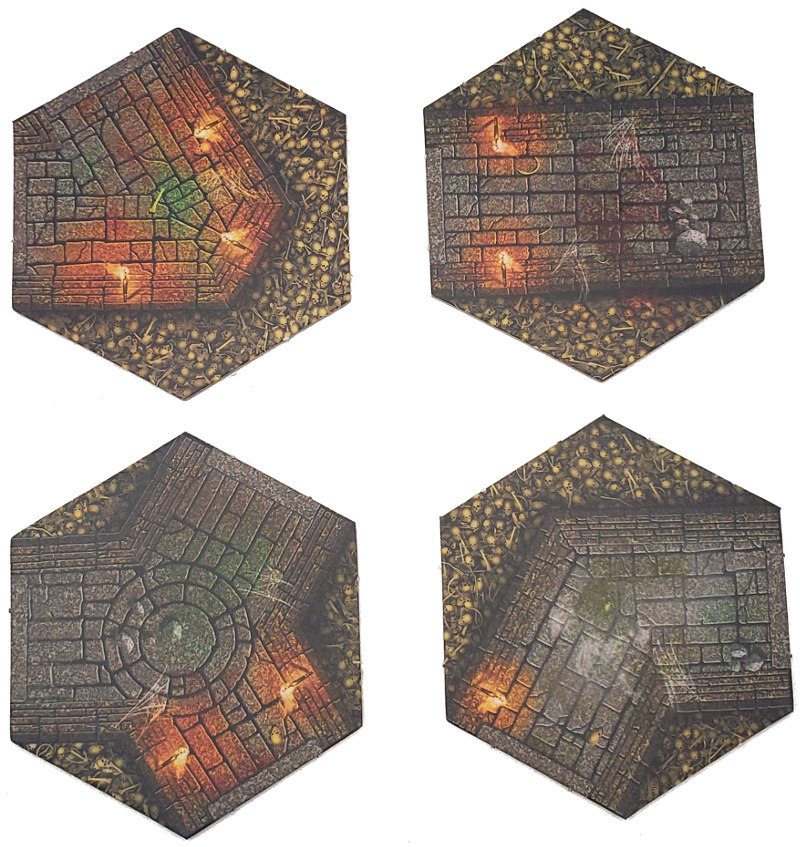 Then, the Stormcasts being their activation. Each Stormcast can perform two actions per turn; any combination of Move and Attack. 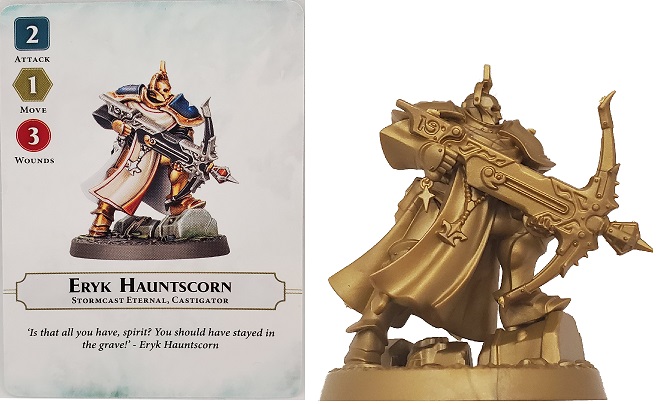 After the Stormcasts have finished their activations, the Chainrasp player removes any hallway tiles the Stormcasts no longer have line of sight to, or of any hallway, they could see if they were to move 1 space. These tiles are discarded permanently. There are no limitations on which tiles can or can not be removed. This means that if the Stormcast Eternals lose track of the Illuminator after finding it, it’s lost forever and the Stormcasts immediately lose. 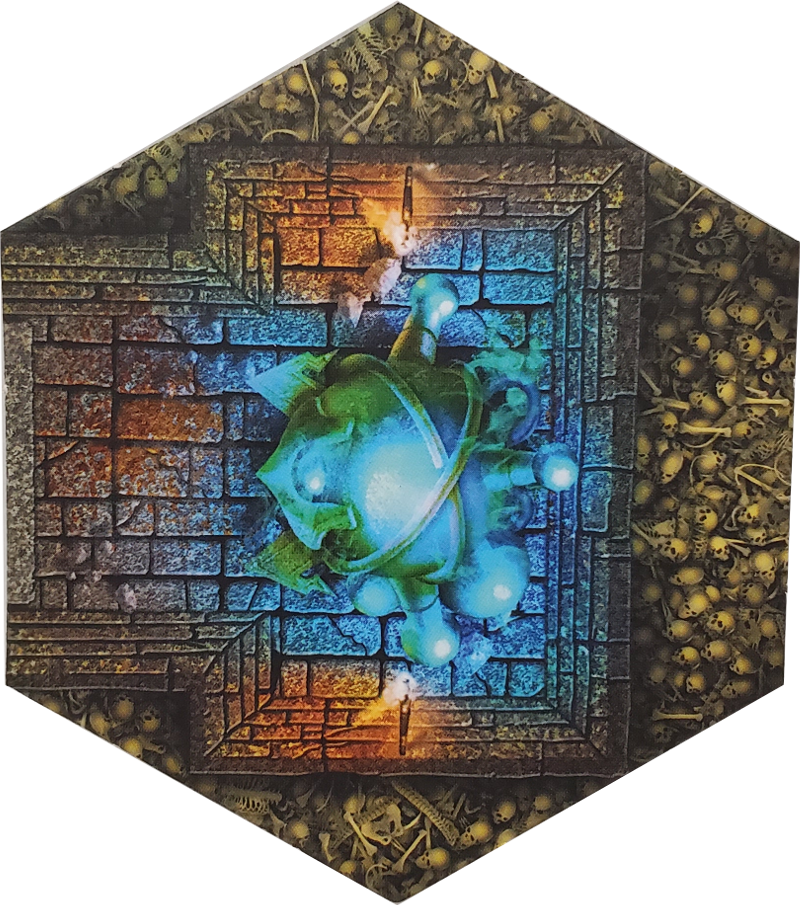 This also means, in certain situations the map will be divided into 2 or more separate sections. In this case, the Stormcast player chooses 1 section and the others are completely discarded, along with any Castigators in those discarded sections.

Finally, it’s rarely possible for the Chainrasp player to be able to set up the crypt in such a way that is it a loop that the Stormcasts will never be able to open up a new hallway. In this instance, the Stormcasts are doomed to wander their very small hallway until the end of time (and they lose the game). 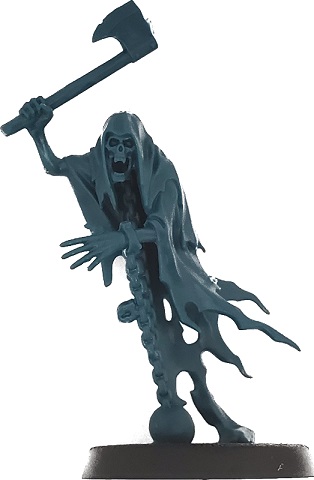 This gives the game a really interesting mechanic where the Stormcasts have to pay particular attention to their placement and might have to leave a Castigator standing guard in order to keep an eye on the Illuminator.

Anyway, after removing the unseen tiles, the Chainrasp player adds additional Chainrasps at the end of every empty hallway, then gets 3 actions to use amongst all available Chainrasps, unless the player has the Dreadwarden, which grants a bonus activation. 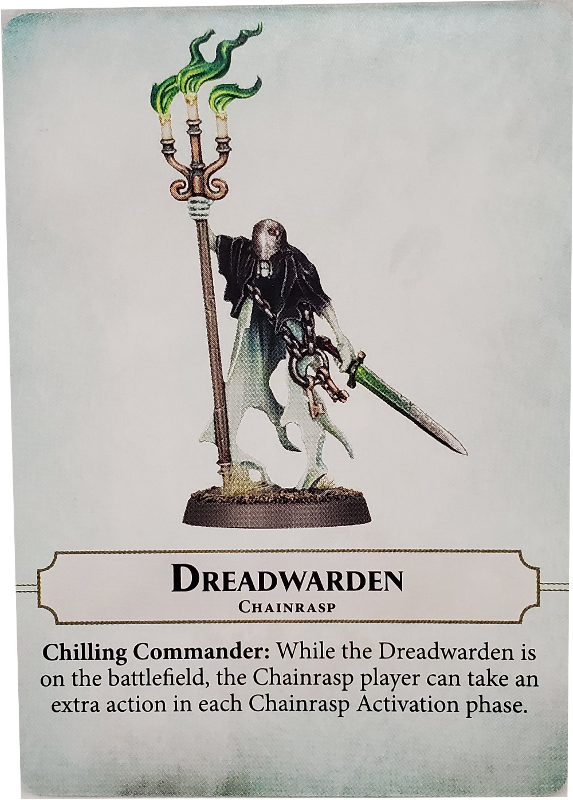 Both players also have a hand of cards to use, with a wide variety of effects. 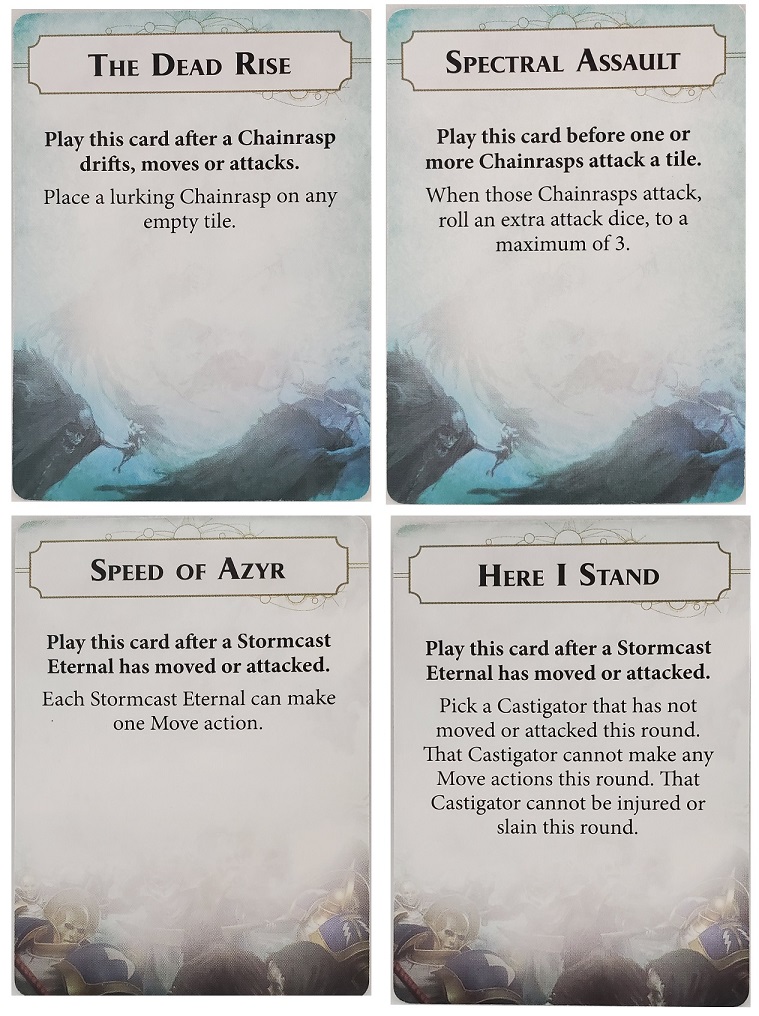 After that, a new round begins and the game continues! If the Stormcast Eternals are able to find move onto the Hyshian Illuminator (which also requires finding The Winch first), they win! But if the Chainrasps are able to kill or trap all the Castigators before that happens, they win!

It can often be hard to strike a good balance between too simple and too complex, but Crypt Hunters does a great job of finding that balance. This is a great game to introduce people to this genre of games. The minis are very easy to build and require no glue.

Plus the gameplay and combat mechanics are just deep enough to get those mental gears turning but without being overwhelming. If you’ve been looking for a great stepping stone game into a more strategic style of games, Crypt Hunters is perfect for that. 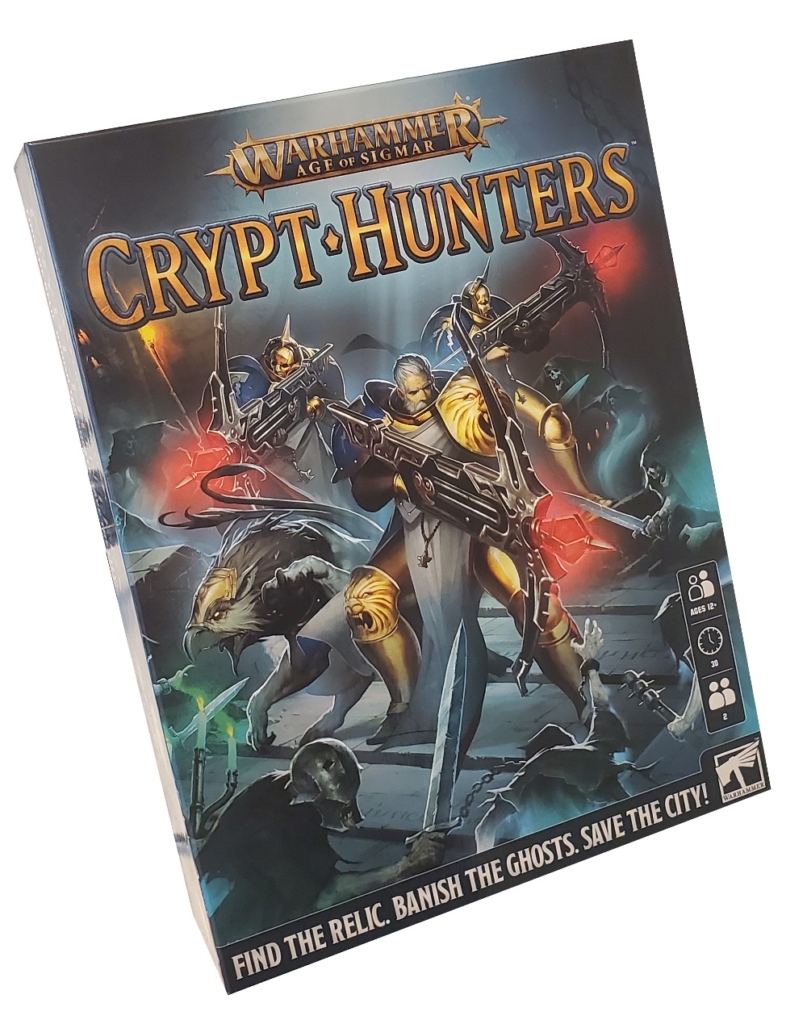 Grab a friend and enter the haunted Ten Thousand Tombs to find an ancient and powerful relic. Crypt Hunters is a fast-paced game of exploration and adventure for two players, set in the world of Warhammer Age of Sigmar.

Author: Matt Sall
Matt has loved games of all kinds his whole life: board, video, war, roleplaying. He's worked as a writer for BoLS since 2017. He's worked as freelance editor for board game rulebooks and has designed many of his own games as well.
Advertisement
Age of Sigmar Board Games Games Workshop Miniatures Rules Tabletop News Videos
Advertisement 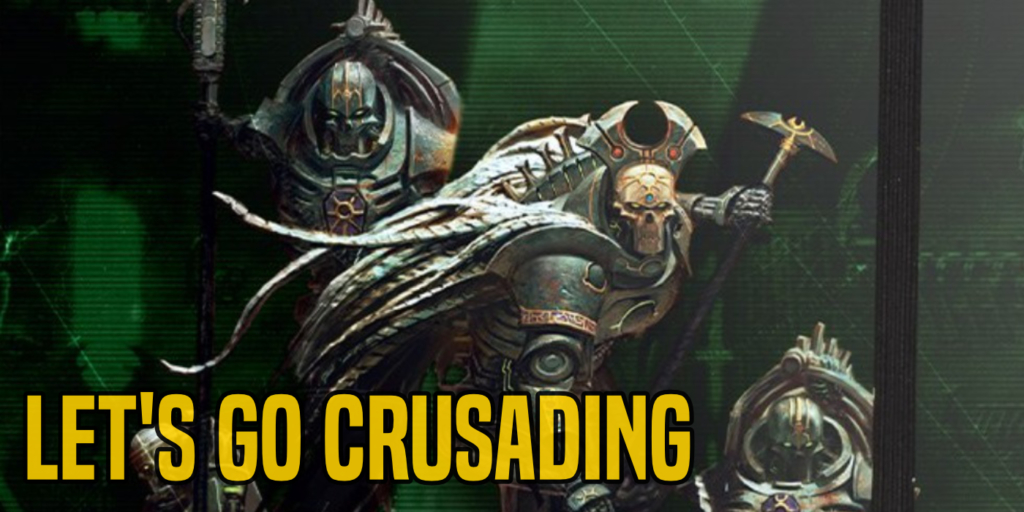