Age of Sigmar: Four Lumineth Realm-Lord Abilities To Look Out For 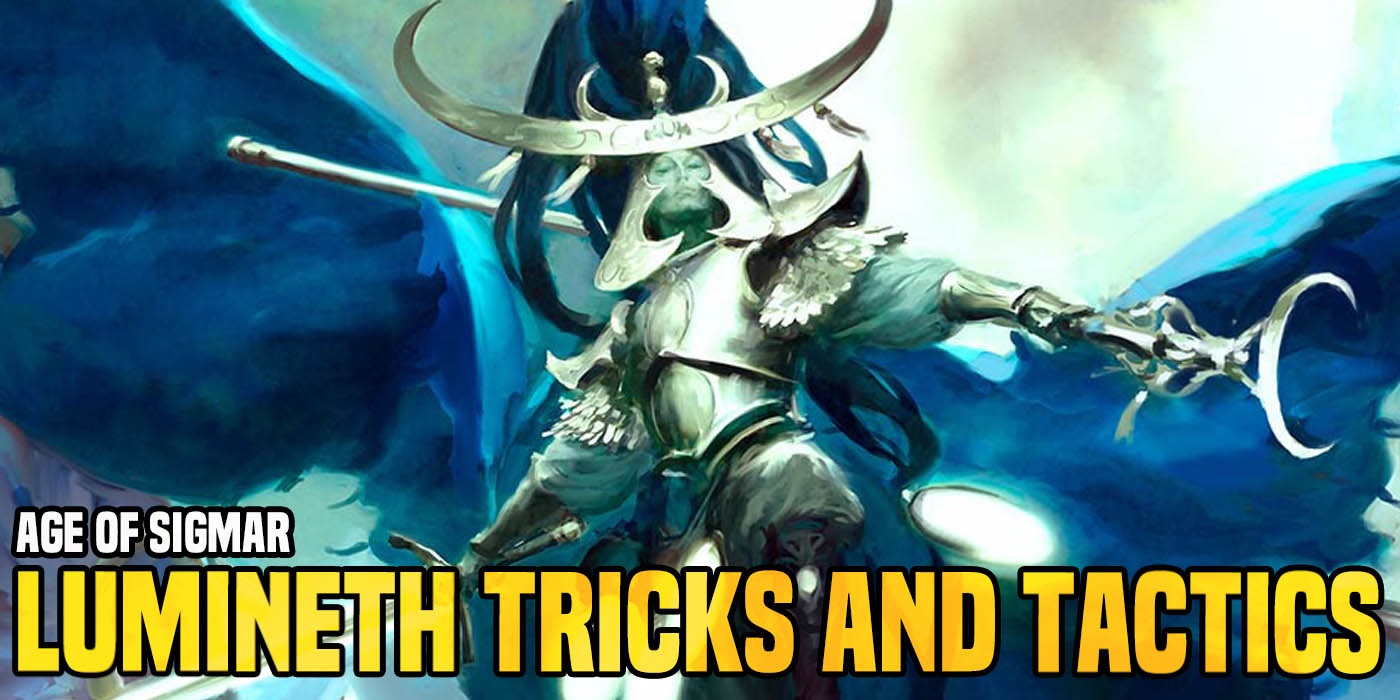 Games Workshop showed off some tactical tips from the Lumineth Realm-lords so don’t forget about these tricks up their illuminated sleeves!

The rest of the Lumineth Realm-lords are hitting pre-orders this week and the first wave should be in stores this weekend. And while the limited edition Battletome has been out for a while, Games Workshop has been showing off some of the tricks the Lumineth have at the ready. So, even if you haven’t gotten to play against them before this week, these are a few of the tactics you should be aware of. 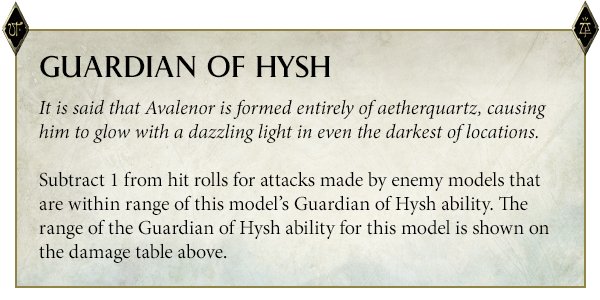 This one brings the beef. The Stoneheart King is already on a rather large base and this ability starts at 12″ and shrinks as he takes damage. But it’s a flat -1 to hit rolls for enemy models. That’s a BIG radius and a massive hoof-print on the tabletop. Just remember it’s enemy models that are within range not enemy units. For some of the less-accurate armies out there, this could really be a problem.

I guess you could say Avalenor has a pretty big Bull’s-eye on his back. 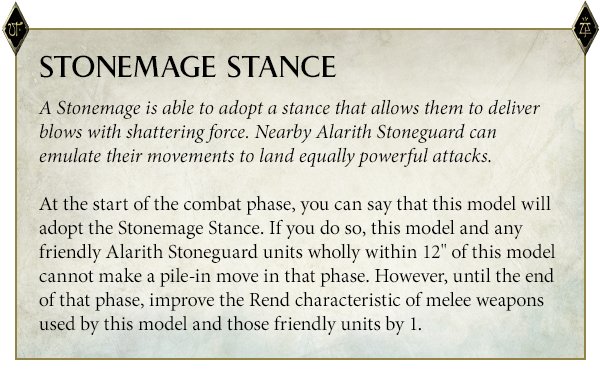 This one is a pretty nasty aura boost to watch-out for. It only works on the Stonemage and friendly Alarith Stoneguard units. The down side for them is they can’t make pile-in moves. But, in exchange, they get an additional +1 Rend. That will make the Stoneguard units hits HARD. If you’re playing against the LRL and you see a Stonemage close to a unit of Alarith Stoneguard be ready to get hit by this avalanche of an ability.

Get the crew together…the WRECKING crew! 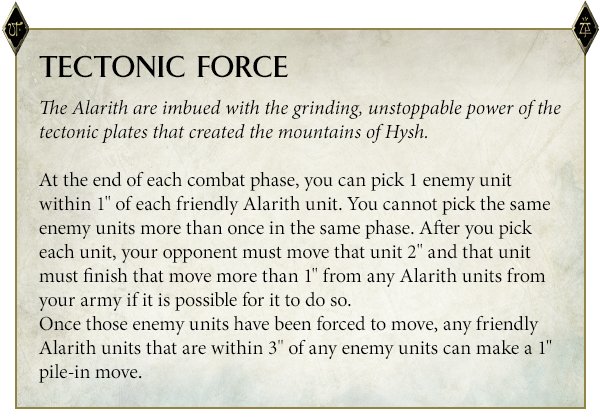 And speaking of the Alarith Stoneguard, they are kinda mean on their own. This one actually works on all Alarith units (don’t forget that part). This one allows you to shift opponents around and then do a follow-up pile-in move. Why would the LRL want to do that? Well, pushing your opponent’s off objectives is rather important in AoS. This happens at the end of EACH combat phase as well. If you’re going to battle with the LRL, you might want to take some extra ground on those objectives just in case they try to shove you off.

You might want to back-up because it’s hammer time. 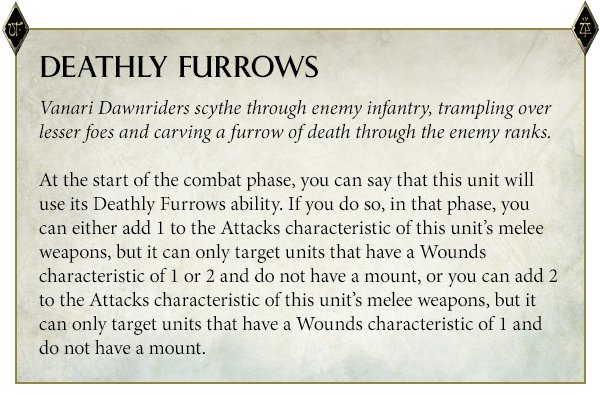 Not to be confused with the Deathly Hallows, this ability allows for the LRL Vanari Dawnriders to really pump-up their attacks vs specific targets. If you need to clear out some chaff infantry (lots of models but only 1 wound) this ability allows them to add 2 attacks to their melee weapons. Or if you’re facing off against an infantry unit with 1 or 2 wounds you get 1 extra attack for their melee weapons.

Thematically, it supposed to represent the power of their charge vs lighter infantry units. That seems to be their main role – so just watch out for units of Dawn Riders harassing your flanking units or light infantry.

Harry’s a wizard? Is there a unit that isn’t magically inclined?

These are just a few of the tricks and traps the Lumineth Realm-lords have at their disposal. Get ready for them to hit the tabletop in full force VERY soon.