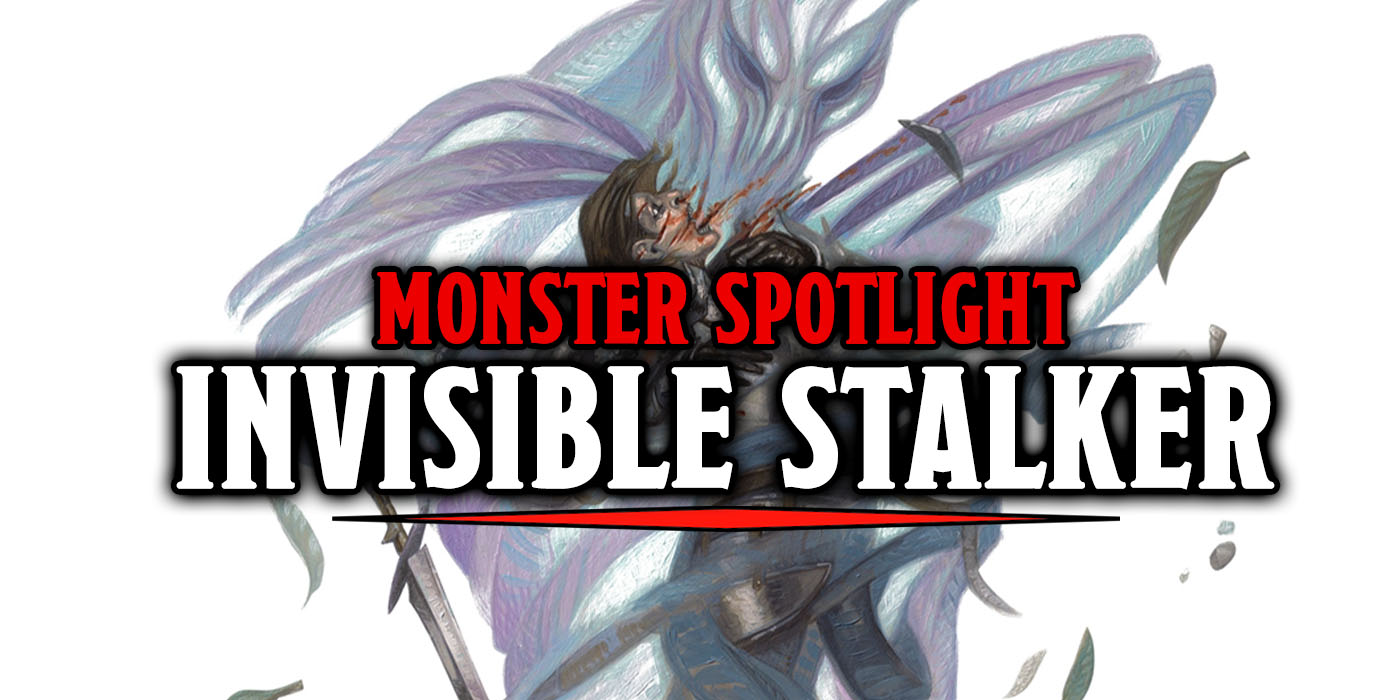 Your D&D character isn’t paranoid, there really is an invisible stalker hunting you down. And they’re very good trackers so it will find you soon.

Invisible Stalkers are one of the weirder corners of D&D. These definitely feel like a monster dreamt up in the “what can I do to mess with players” phase of D&D development that stems from the early Gygax years–see also the Rust Monster and the Mimic. An assassin monster that is entirely invisible is a perfect candidate, but how does one put that in to D&D? Take a look at the Invisible Stalker throughout D&D’s history.

Invisible stalkers are creatures from the elemental plane of air who generally only come to the material plane if they’ve been summoned there by a magic user. On some planes they can be seen a little bit, but on the material plane they are indeed invisible, giving adventurers who may find themselves victim to the stalking with two point deduction from hit rolls. The summoner has complete control over their summoned invisible stalker, but every day the creature is on the material plane there is a cumulative 1% chance that they will “pervert the intent” of their commands in order to do the job wrong but not technically or free themselves of servitude altogether. 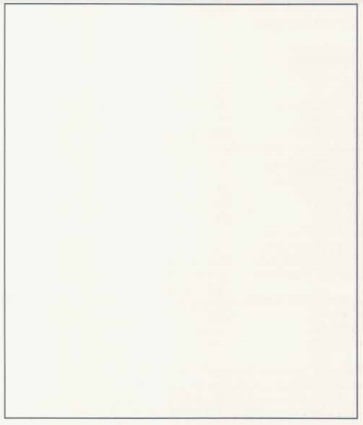 1) This is actually the art from the 2E MM. 2) I was going to make this exact joke and I am equal parts mad and pleased that the official books beat me to it.

In second edition invisible stalkers become a little harder to deal with, now furthering your attack roll deduction to -6. Additionally, they cannot be killed unless it’s done within their home elemental plane of air. Once they are knocked down to zero HP the creature is simply sent home to their plane to live their airy life or eventually be summoned again. They are still resentful of their kidnapping and servitude and will still fight against their orders with an accumulating 1% chance of messing up on purpose per day, but they are also relentless and highly effective trackers who, if successful ordered to take on a task, will complete it to a fault. 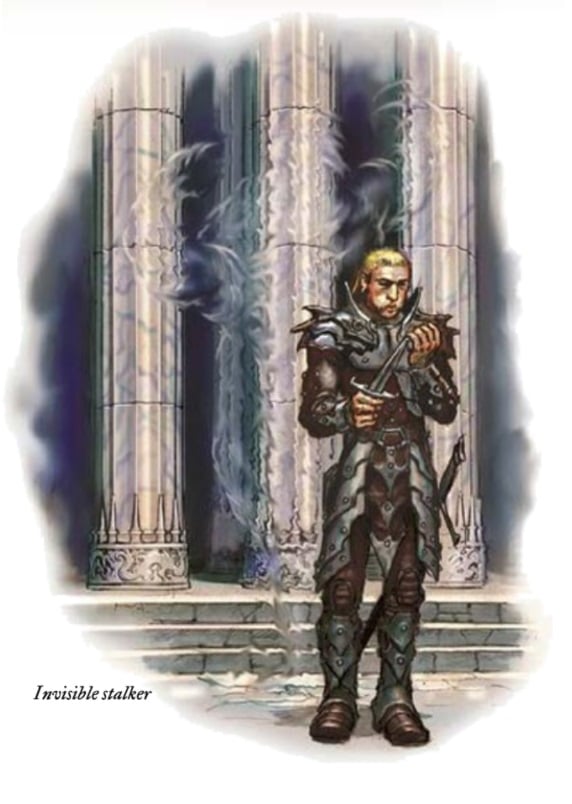 The invisible stalker was a little hidden away in 4E, appearing in 2012’s Heroes of the Elemental Chaos and nowhere else that I can find and focuses more on summoning your own windy servant than on how to fight one that has been summoned to talk you. In this book your bloodied value effect’s the monster’s HP, your intelligence effects its damage, and you can expend healing surges on behalf of the invisible stalker. They seem like a lot of responsibility, so make sure you don’t summon an invisible stalker of your own unless you’re sure you’re ready to give it the attention it needs. 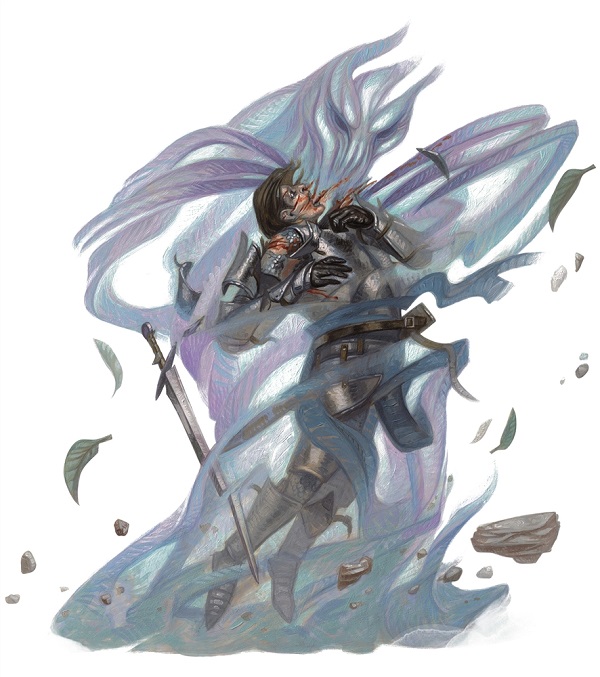 Perhaps the biggest change between fifth edition and every other up until this point is that the invisible stalker will return to their summoning wizard once their task is completed and await further instructions or tasks. Before they felt a little moody and displeased at being pulled from their home plane and told to run errands for some material plane magic user, but fifth edition takes away some of the agency and subtle personality that I think would give them to add a very interesting or even funny dynamic to a game. Could you imagine getting into a scrape with a stalker, and the next day encountering it again but today it has taken up that 1% chance of “misunderstanding” the wizard’s instructions. That would be wonderful.