Next month’s releases include some beautiful character models, terrain, and more.

This sneak peek includes Void Tango, the Kaldstrom Colonial Settlement Scenery Pack for Infinity CodeOne, the 300-point Ariadna’s Action Pack, the mercenary trooper Moonstruckers and the Hatail Spec-Ops. As well as the Betrayal Characters Pack that moves the story of planet Paradiso forward.

Make sure you didn’t miss anything from the last batch of awesome releases for Infinity and Infinity Code one!

In a hidden base deep in the jungles of planet Paradiso, Imperial Agent Adil Mehmut must determine whether his prisoner, special operative and former true hero Ko Dali, is a traitor to her country and the whole human race, or an alien that has impersonated her to divide humanity’s forces.

In this story of political and military intrigue where nothing is what it seems, Adil will test the loyalties of his partners… and of the very nation he swore to serve.

Theimited edition includes an exclusive figure of Ko Dali, the main character of the novel. 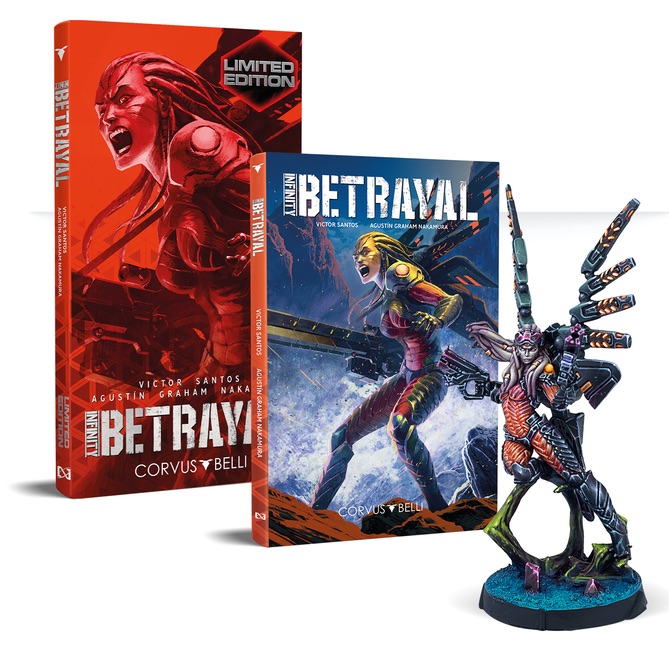 Nomads are those who, for a variety of reasons, have shunned planetary society, both philosophically and physically, by taking up residence in one of the enormous space vessels that roam the Sphere. 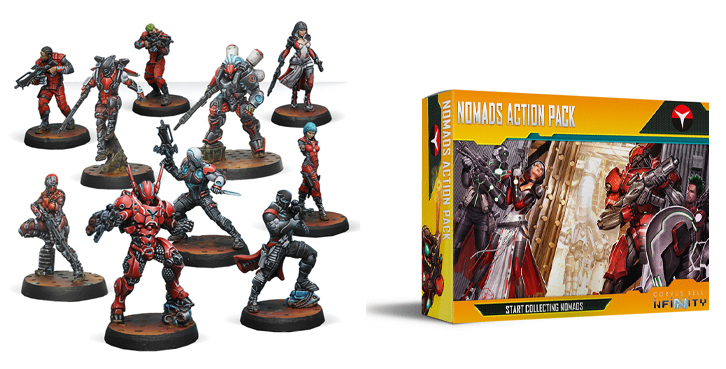 Drones are remote auxiliary units for combat support. As the long arm of the Combined Army hackers, their structural design follows their function.

This box includes two miniatures: two Drone Remotes with different weaponry or equipment to suit your needs. The best way to give more versatility to your Combined Army force. 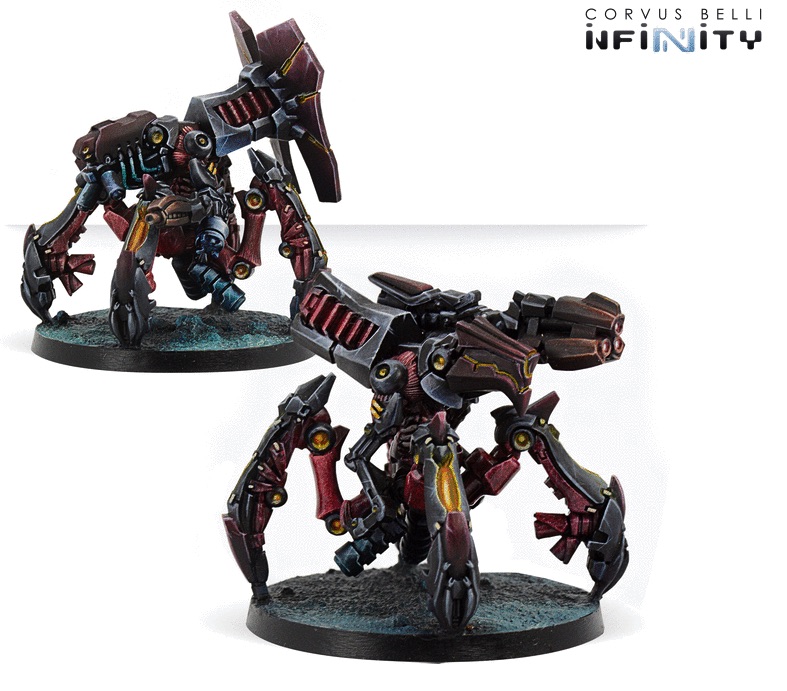 When SWORDFOR resolved to replace its ancient and now almost obsolete Yáogōngjù Remotes, it turned its gaze towards the Rebots used by the SSS. Nonetheless, SWORDFOR demanded a series of modifications to the units used by the SSS to adapt them to law enforcement requirements.

This box includes two miniatures: two Copperbot Remotes with different weaponry or equipment to suit your tactical needs. The best way to give more versatility to your O-12 force. 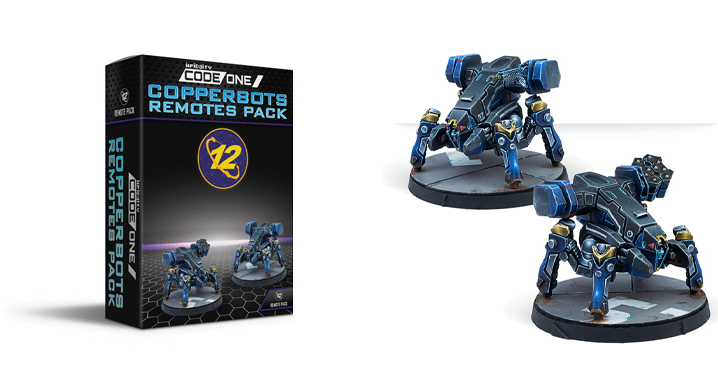 Liang Kai used to be a hero, a champion, a renowned and admired martial artist, a decorated warrior and master, and a complete man in balance with himself and with the universe. But that was before. Now, Liang Kai is a man on a downward spiral to his own personal hell, a fallen warrior struggling to redeem himself, a monk in search of enlightenment.

This is the regular catalogue version of the Operation Kaldstrom exclusive
miniature. Add a mercenary martial arts specialist to your list, as dangerous as he is lethal. 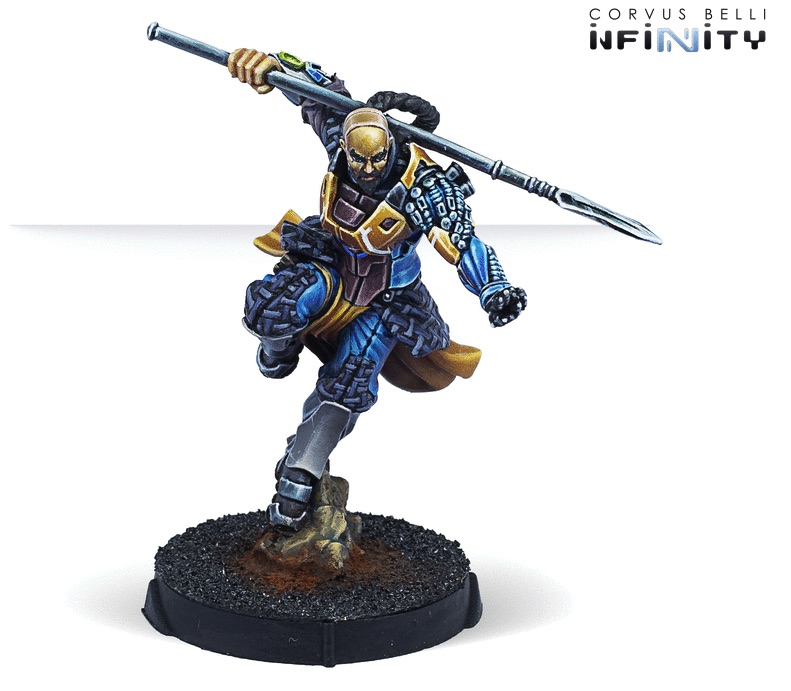 Security resources is what Kunai Solutions offers. And for this, the cover company of the Takemura ninja clan, that means espionage, thievery, assassination and many other illegal activities for money. After all, they are one of the honorless clans who betrayed the Japanese Emperor to keep working for Yu Jing, and also for PanOceania if it pays well.  So, what can you expect from them?

This is the regular catalogue version of the Operation Kaldstrom exclusive miniature. Kunai Solutions Ninja with Marksman Rifle. Hire the services of a discreet and deadly shooter. 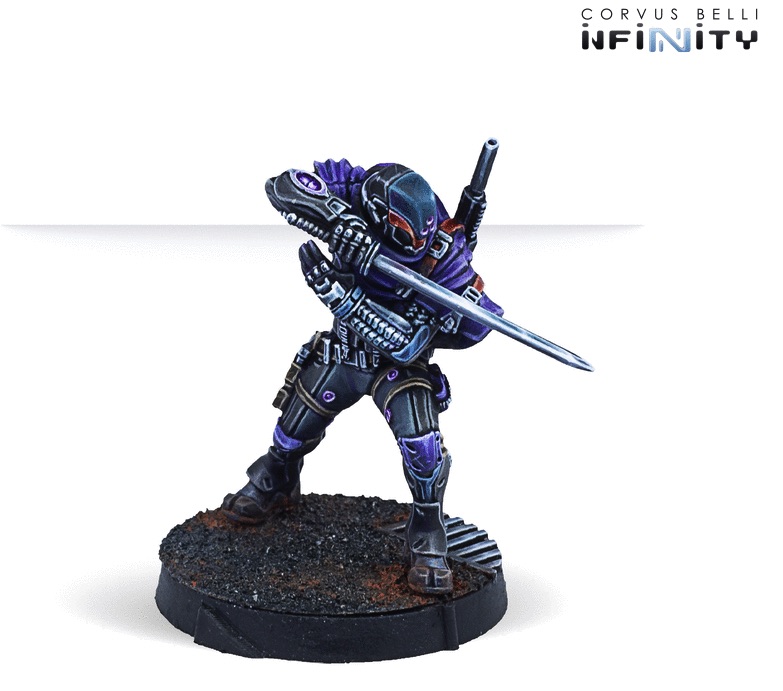