Since Modiphius released Star Trek Adventures, thousands of players have roamed all across the Alpha, Beta, Gamma, and recently Delta quadrants, rolling 2d20, diverting power to shields, and inverting the ion field polarity. With adventures that span generations, including the Original Series, Next Generation/DS9, Voyager, Discovery, and Enterprise, there’s a lot to explore here. And now’s your chance to dive in, thanks to a discounted bundle that offers you the core book, as well as a book of adventures and accessories all for cheaper than the core rules on their own. Check it out. 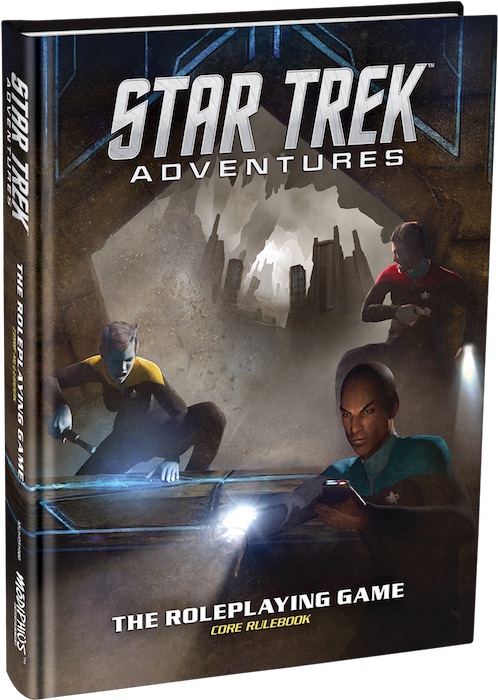 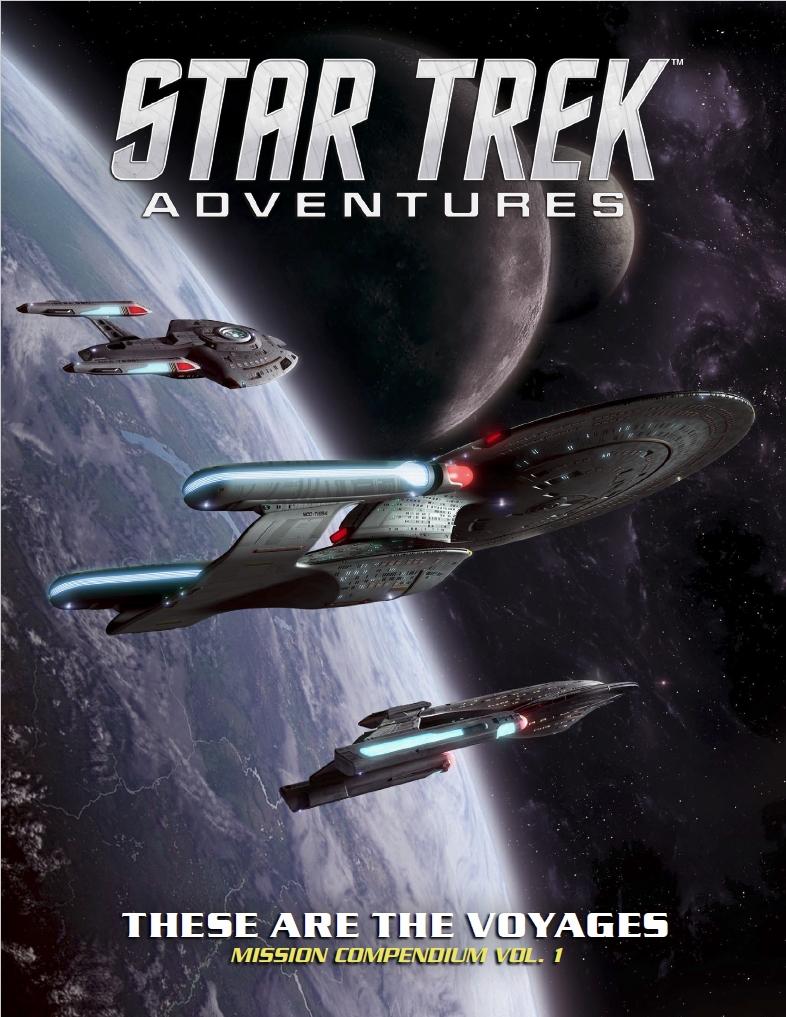 These are the Voyages: Volume 1 presents eight ready-to-play missions for Star Trek Adventures. Within this book Gamemasters will find the means to test their Starfleet officers at the front line of Starfleet operations. Create your own Star Trek stories of discovery and adventure on the Final Frontier.

The official Star Trek Adventures Gamemaster Screen is a PDF of a three panel screen to help power your Star Trek missions. The exterior features beautiful rendered artwork of Starfleet vessels and Romulan cruisers, while the inside cover contains useful rules references, tables, charts and random generators for Gamemasters so the 2d20 system is at your fingertips!

This package also includes six quick reference sheets to place key information at your fingertips which come in both black on white and white on black versions.

Author: J.R. Zambrano
Bell of Lost Souls Staff Writer and DM, J.R. covers RPGs of all stripes and on occasion eats sandwiches. You can ask him about either at [email protected]
Advertisement
Modiphius RPGs Star Trek Tabletop News
Advertisement