The Empire is getting a brute of a new TIE fighter with the new TIE/rb Heavy. Come check out this starfighter for X-Wing!

Get ready for trouble in the not-so-friendly skies because there is a new TIE fighter on the way and it’s got some up-gunned firepower to bring to tabletop!

“Designed to operate independently and without the support of carriers, the TIE/rb’s flexibility makes it a valuable asset to Imperial squadrons across the galaxy. Not only does the ship’s heavy armor stand up to blaster fire and the harshest environments alike, its swiveling blaster cannons make it easy for the TIE/rb to both pursue craft through dangerous environments and shake hostiles from its tail.” 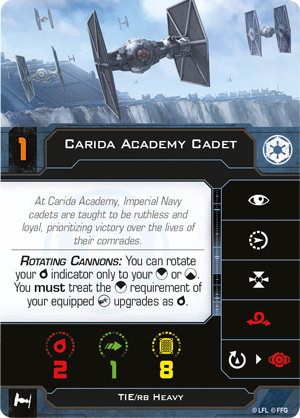 The basic ship has a few things to note. For starters, it’s a medium ship. Next, it’s got a 2 die turret that can fire in either the front or rear arc. Gee, I wonder why it can’t fire to its side…oh right, it’s a TIE. It’s also not exactly the most agile ship out there but it brings the BEEF with 8 hull. It’s still got some of the maneuverability of a TIE with a barrel roll option. This ship might have some of the same DNA as a TIE, but it’s going down a different part of the family tree. 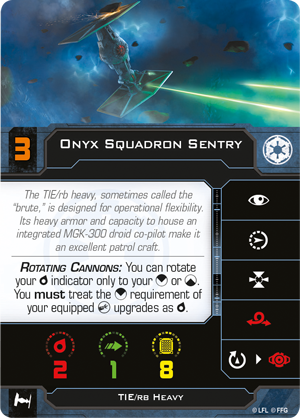 You do get an initiative 3 option with the Onyx Squadron Sentry which might be a good option if you’re looking to run a more elite list. But it’s still the basic ship… 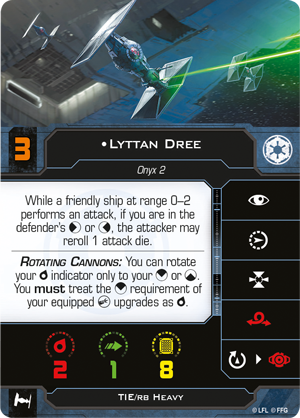 Lyttan Dree is our first pilot. Under the callsign Onyx 2, Dree can help buff friendly ships at range 0-2 with a reroll while attacking as long as he’s in the defender’s side arcs. That’s a good wingman to have around. 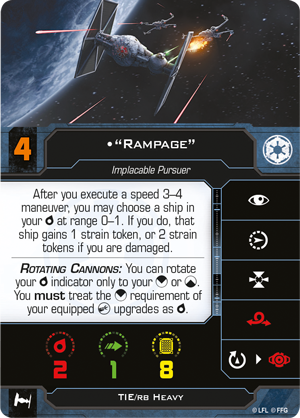 “Rampage” is more of your aggressive type. Fly fast and get in your enemy’s face. Then peg them with some extra strain just for being close!

The TIE/rb comes with an MGK-300 droid co-pilot. What’s neat about the droid is that you can choose which version goes in the ship: 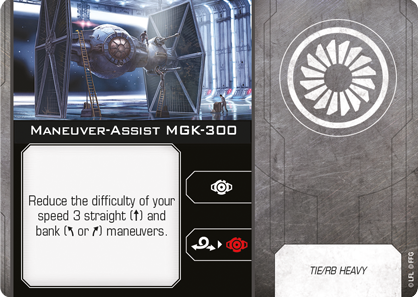 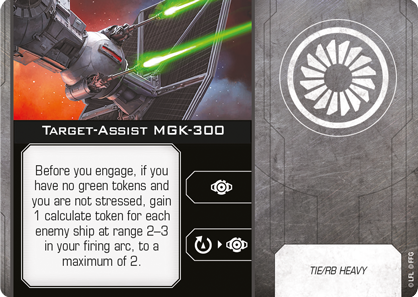 Depending on the mission or how you want this fighter to function in your squad, you can pick the right type of droid for you.

The ship also has a cannon option so be ready to load up on different cannons like a Heavy Laser Cannon or an Ion Cannon. Or if you’re really looking for a change, check out the Synced Laser Cannons: 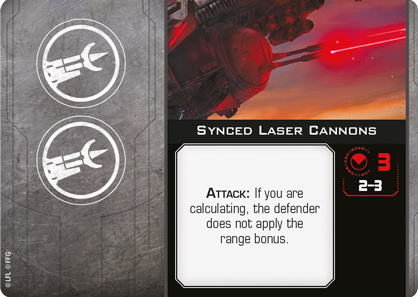 Look out for this ship in your local retailer store October 30th! 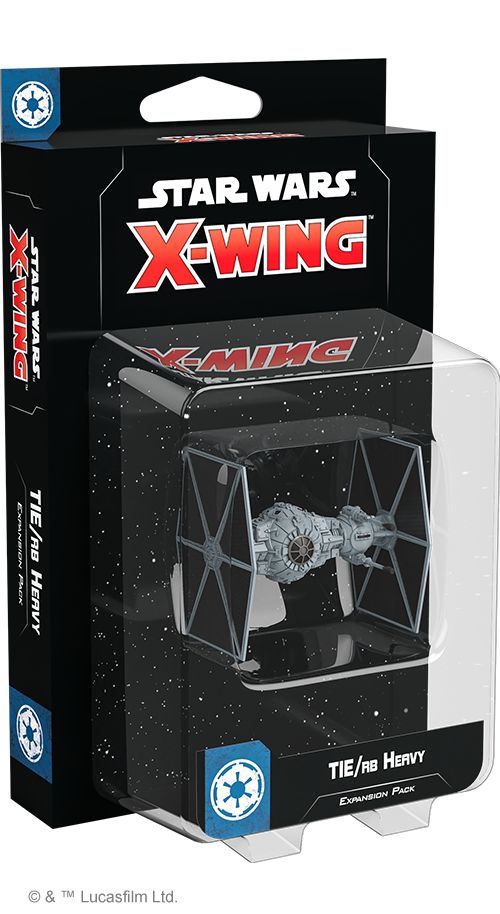 The TIE/rb Heavy is one of the largest TIE variants produced for the Galactic Empire and is often assigned to patrol routes where it is expected to fight without the support of a carrier or escorts. Thanks to its robust armor, swiveling laser cannons, and integrated MGK-300-series droid intelligence, this vessel lives up to its nickname: the “Brute.”

The TIE/rb Heavy Expansion Pack includes everything you need to add one of these imposing ships to your Galactic Empire squadrons, beginning with a beautifully detailed, pre-painted miniature and a medium plastic base. Four ship cards give you the freedom to choose your pilot, while 12 upgrade cards invite you to customize your ship to fir your needs. Finally, two Quick Build cards offer helpful combinations of pilots and upgrades to get you into the fight right away.

They call it the “Brute” for a reason… 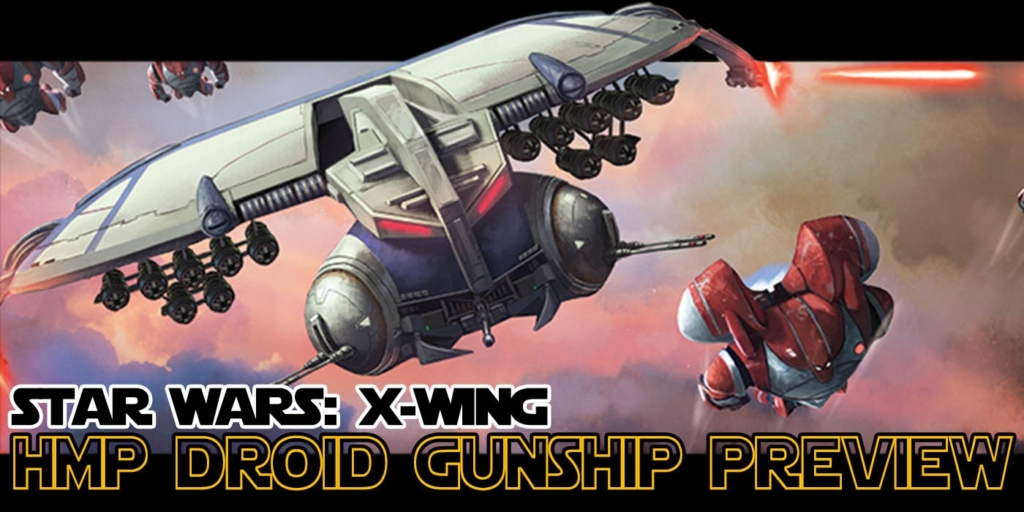