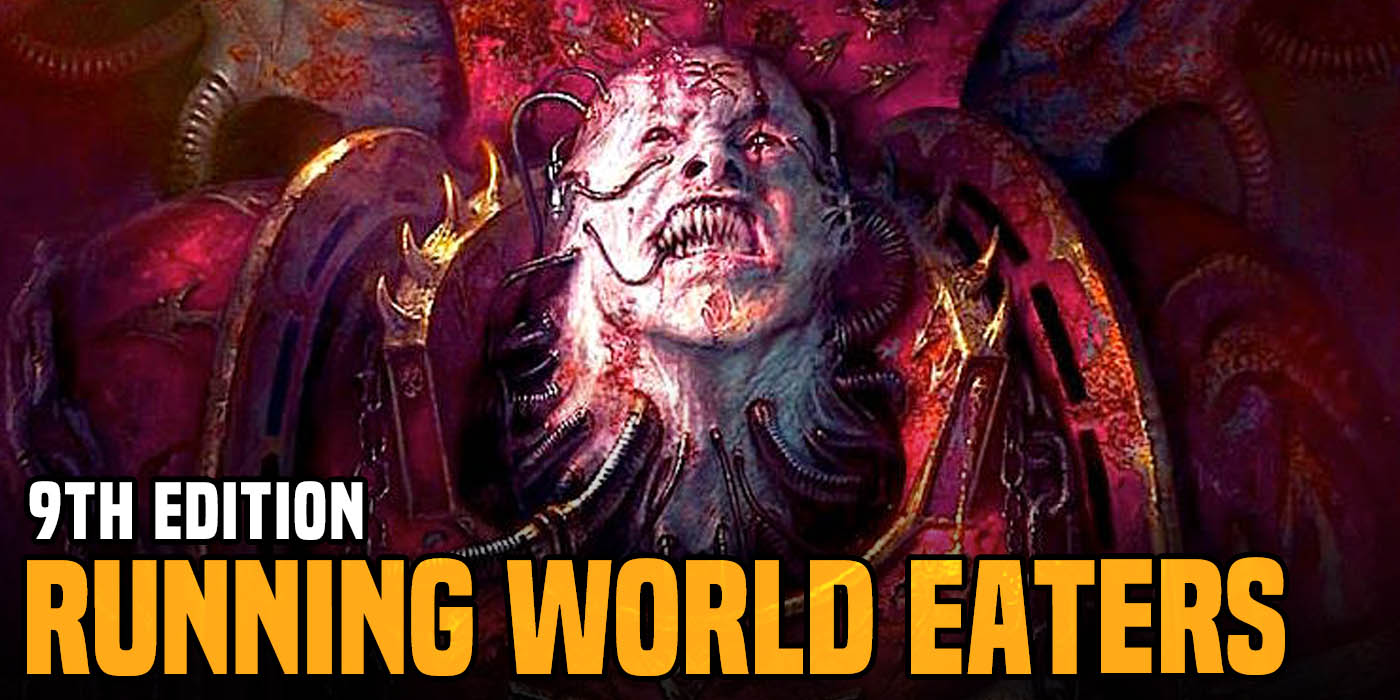 Today we talk about using the chainaxe devotees of Khorne, the World Eaters in 9th edition.

So, World Eaters are in a bit of a weird spot as are most CSM armies as soup was not uncommon in 8th, to say the least.  WE are also super CP hungry, so losing a bunch of CP to be able to bring in other threats can have a net negative impact, so how do we roll now?  Well, here are some ideas that I’ve been kicking around.

There is a lot of shooting out there, but Berserkers still hit like a ton of bricks, and one of the biggest advantages is that you can Outflank them now.  Thanks to the Violent Urgency warlord trait, getting 8 inch out of reserve charges isn’t all that hard, and you can save points on Rhinos or Terrax drills.  With the smaller board size, being able to come in and crush a flank is quite nice. You can also spend the points on Terrax drills, which bring a bit of shooting as well, so you can’t go wrong either way.

One thing that is often underestimated about Berserkers is their mobility in combat. With 2 separate attack sequences, they can pile-in, fight, consolidate, and then do it all again, and that gives you a lot of room to maximize attacks or move much father forward into an objective than your opponent may have planned. You don’t always need to kill things in melee but rather position yourself to take an objective away from your opponent. 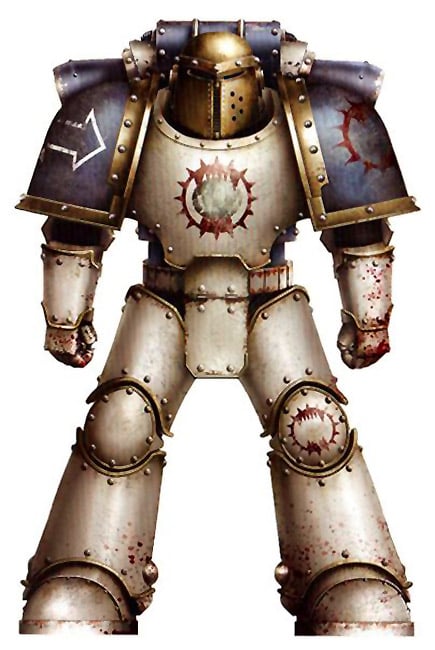 So the standard CSM trooper isn’t all that amazing, but when you add in that a WE CSM puts out 4 attacks each on the charge with a chainsword (and hopefully we’ll get those fancy SM ones soon), which is a decent volume of attacks, and you can boost the AP by 1 with Wild Fury, get even more hits with Stoke the Nails against Imperium units, and of course, Veterans of the Long War for +1 to wound.  Yes, that’s up to 3 CP, but it allows this humble unit to really punch above its weight.

A fun tactic that I’ve been toying with is actually a full 20 strong squad to start on the board and then Apoplectic Frenzy them forward 9 inches, giving you a great amount of board control from the very start.  Your opponent has to move into the center to win the mission, so having 20 Obsec bodies that can do decent damage in melee and can be relatively resilient is good. This can be especially crushing if your opponent has some cheap chaff units to take the center and you get into them because you can pop Blood for the Blood God and ignore morale for all you WE units that turn.

You can also go a bit crazy and just stack 40-60 CSM bodies to throw into the middle and really dominate the center from the first turn. It may not be totally killy, but you actually don’t always have to kill stuff to win, which isn’t quite Khorne endorsed, but hey, there will still be plenty of blood on the table.

The Red Butchers are so cool, and again, they can light up just about any threat in melee. They are CP hungry though, but one of their big advantages is that they can inherently come in from reserve, which is essential to avoiding the dreaded Salamander blast.  This really lets you choose when and where to leverage them, and since they are resource intensive in both CP and points, you definitely want to protect them as much as possible.

If they get to land and get to smash, they are going to do big damage, but they are also 2+/5++ 2W infantry, so they can be pretty hardy at holding objectives.  They can be a big drop, sweep in to take an objective, then hold it for a good long while. Just like Berserkers, because they fight twice, they have surprising speed in the Fight phase.

Now they may be a Forgeworld model, but they do provide some interesting tech to a pure World Eaters list.  They provide some fast threat, and on the first turn, if healthy, they can go 16” towards the center. At T7 with 10 wounds, they aren’t total chumps to kill, and with a 5++, you can easily skew a few clutch saves and they are still there. Blood Slaughters are also built to slaughter multi-wound infantry and even at their weakest, they put out 6 attacks at WS 3+, S8, AP-3 D3.  That’s not bad at all, especially against Primaris bodies.  They are great early game attackers that can mulch through resilient infantry. You can pair them with Berserkers in Rhinos for a mechanized style list that can rush to the center of the board and then drop bodies to take the objectives as well as fight like hell in melee.

Yes, World Eaters are known for the choppy, not the shooty, but Obliterators can bring some serious threat to a WE list while also, thanks to Butcher’s Nails, provide some decent melee when needed.  You definitely still need to be able to kill targets at range, maybe to pop some juicy infantry out of a tincan, so Obliterators are certainly solid for that.

While you don’t get the double shooting tricks, Obliterators do have 5 attacks each in WE, which can be useful for stopping fast units from wrapping them up. You can also boost their attacks to AP -2, and with d3 damage, that can do surprising damage to Primaris bodies.  As a high threat unit, they also pose some target priority issues for your opponent: do you shoot the Obliterators? Do you shoot the melee threats that will take the center? Either way, your opponent has to make a choice, and both have downsides.  If the Obliterators are allowed to sit and shoot for several turns, they can do big damage, but if you take them out early, the World Eaters are in the middle of the board, dominating objectives (often with Obsec bodies) or even pushing into the other side of the board.

So with all that said and done, this is the list that I’ve been playing with for pure World Eaters (I have a pure Khorne list too that is more just for giggles).

The list essentially builds off what I’ve discussed above and brings a bit of everything. It has a lot of early game board control, and it has out-flanking threats to help deal with the often very mutable game state. If nothing else, it is pretty fun to play.

Thanks as always for reading, and make sure to go out there and get some skulls for the skull throne.