D&D Monster Spotlight: Sibriex; Look Into The Face Of Gross 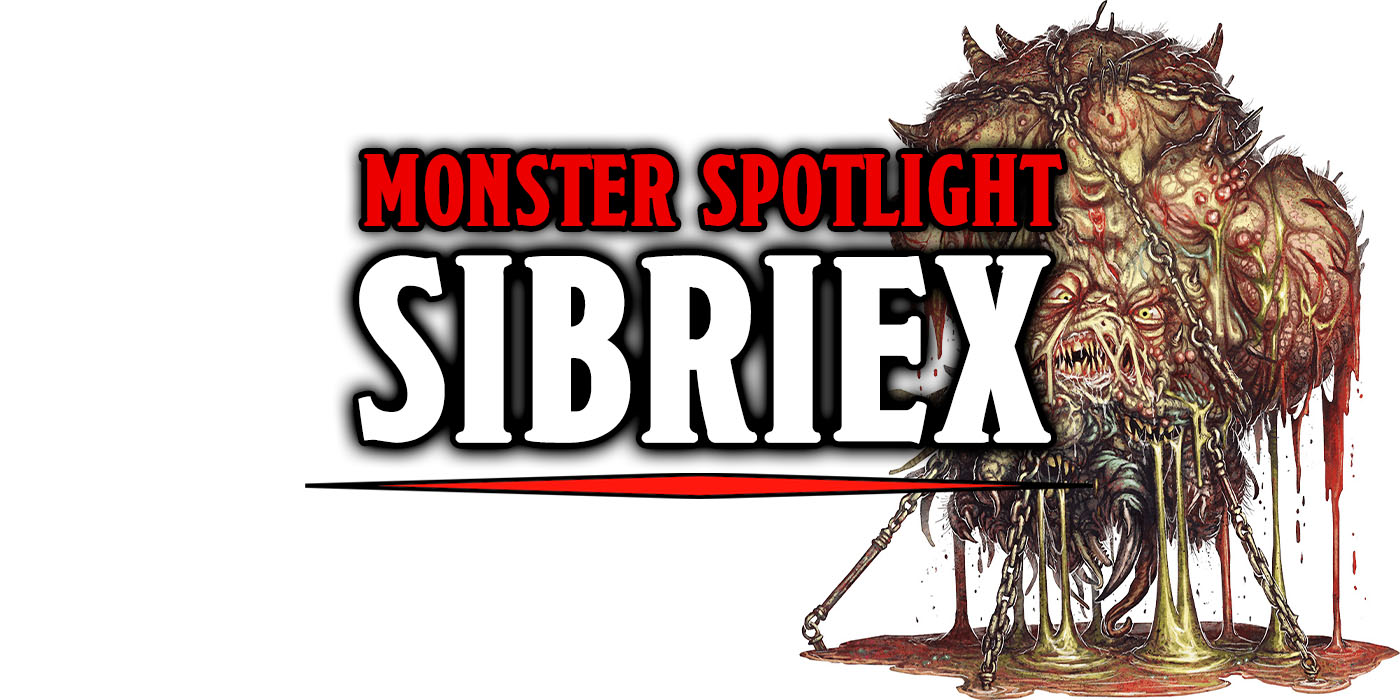 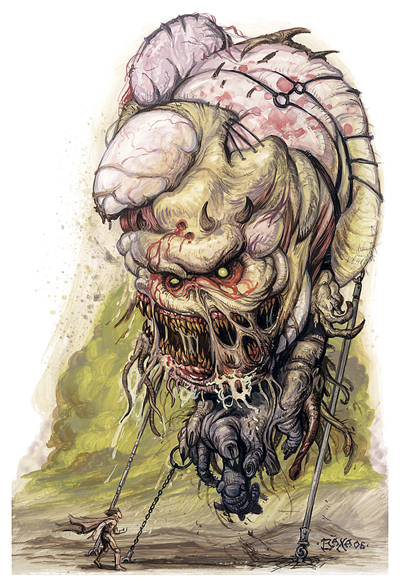 Sometimes I’ll find a really weird and grotesque monster only to realize that it didn’t even appear in D&D for a few editions and I’ll think, “This was too awful and weird to even exist before 2000.” And as somebody who was a teenager in 2000, it always feels about right. The sibriex falls neatly into that category, first coming about in 3.5E’s 2006 Fiendish Codex I. It’s a giant floating demon that looks a little like a worse version of Krang’s face that smells like rotting flowers and communicates telepathically. The sibriex looks like it’s always in danger of floating away and is being constantly tethered to the ground with chains, but those are actually weapons which increase its reach from five feet to fifteen and can be animated or regrown when destroyed in battle. Just in case you’re not concerned about regenerating chains, they can also cause madness and squirt bile at enemies. So, y’know… gross. 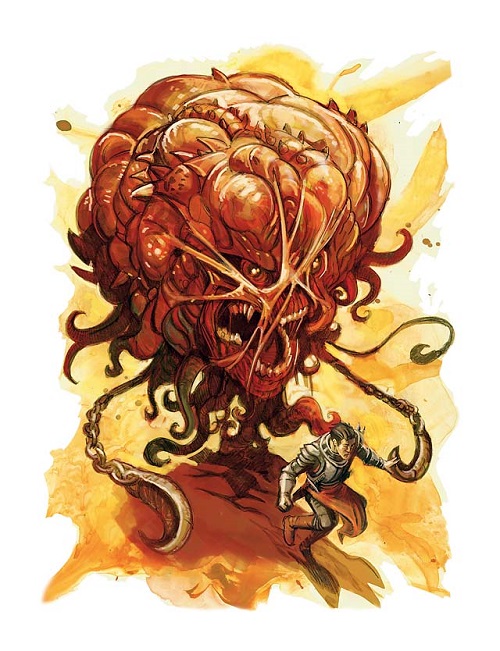 Fourth Edition introduces the Sibriex Spawn a less powerful minion version of the sibriex that’s described as having been infected creatures, leaving them beholden to the  more powerful sibriex. Using Instant Warp the sibriex can infect its victim, dealing a whopping 3d8+10 damage and causing them to move down the disease track. This is in addition to the previously described chain grapples, bile spits, and madness. 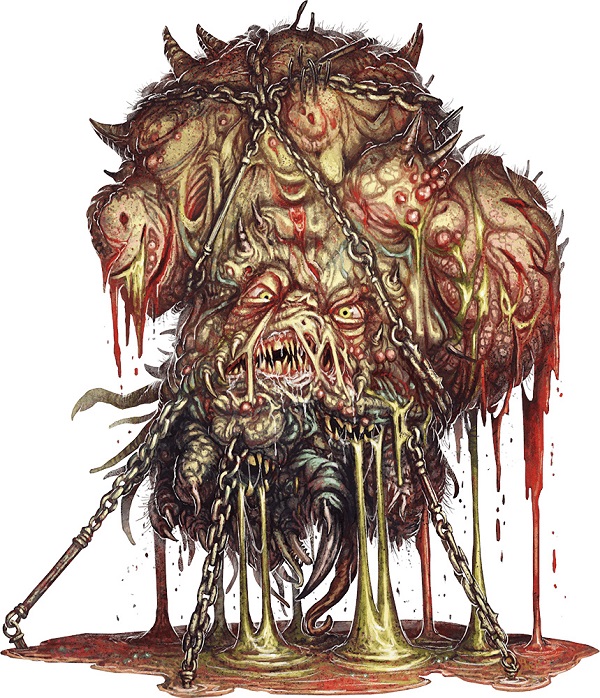 By fifth edition, not much actually changes about the sibriex; all of those greatest hits you’ve come to know and love in the previous two editions are here to stay. But 5E does take those same moves and polishes to the point of perfection. Squirt Bile is still very much a thing and for the most part unchanged, but a target must succeed a DC20 dexterity saving throw or take 10d6 damage. DC TWENTY. Similarly, Warp Creature requires a DC20 constitution saving throw or the target risks becoming more and more exhausted until they begin their transformation into a “living abyssal wretch under the sibriex’s control.” With 150 hit points, the sibriex shouldn’t be too hard to beat in theory, but with an armor class of 19, a slew of moves that require DC20 saving throw and have the potential to deal a tremendous amount of damage, they’re a giant, ugly, smelly, terrible surprise.

Have you fought a sibriex? Did it try to turn anyone in your party into one of its helpers? How did the encounter go for you group? Let us know in the comments!