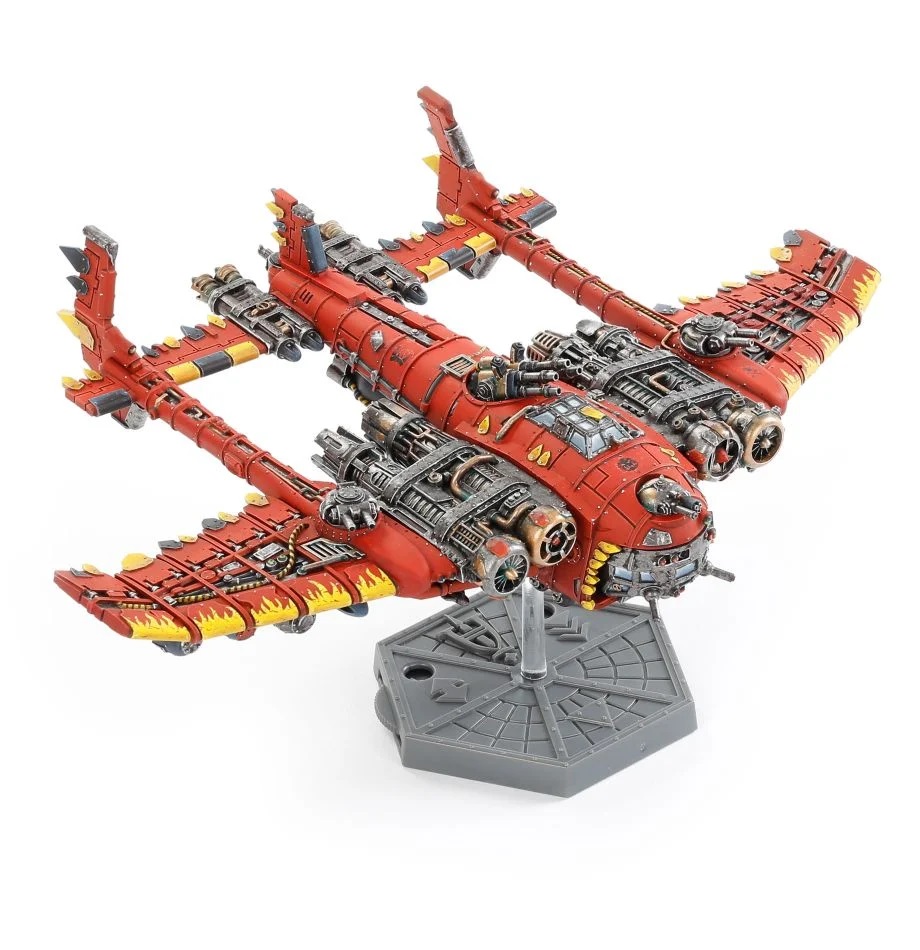 The Mega Bommer is the peak of Orkish aeronautical engineering. The fact that it ever gets aloft is a small miracle, but once it does, dual jet engines on each wing, along with additional rocket boosters at the tail, give it tremendous speed and power. It’s not short of weapons either, with shootas and big shootas pointing in every direction, and its dorsal-mounted flak cannon presenting a threat to even the largest enemy aircraft. 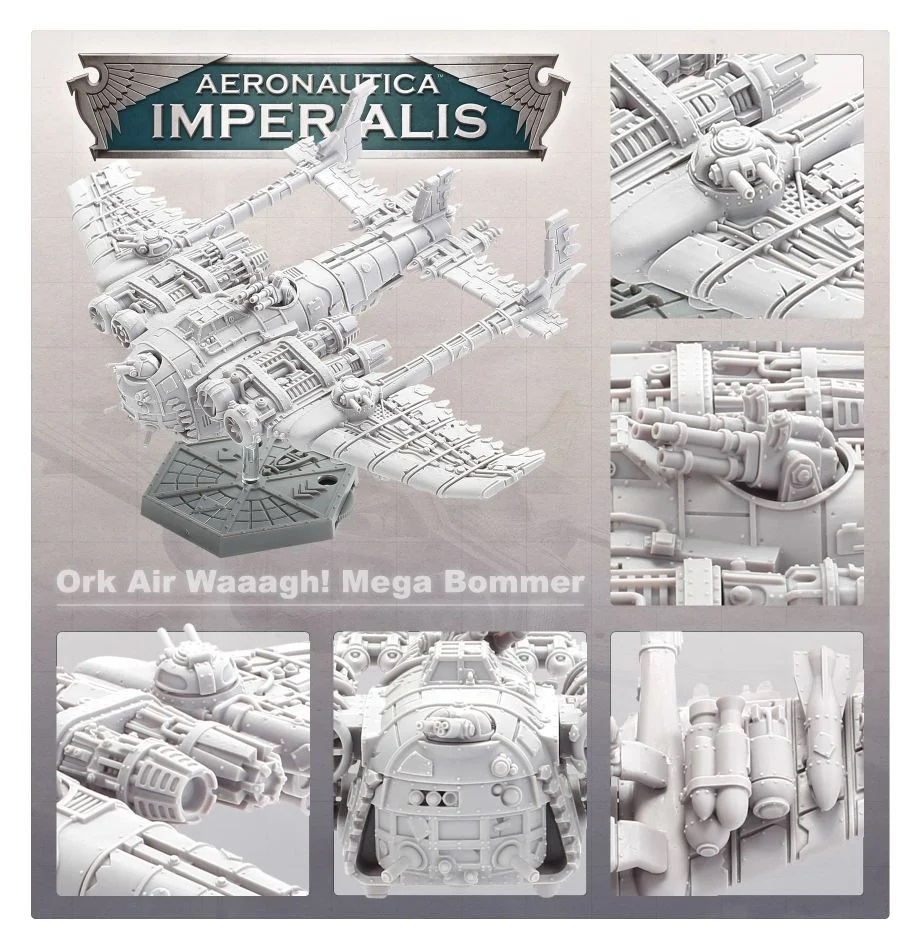 Add raw, brute power to your Ork Air Waaagh! with the biggest model yet for Aeronautica Imperialis! With a high transport capacity and a tremendously destructive mega bomb, the aptly-named Mega Bommer is perfect for scenarios that see you landing troops or attacking ground targets. It’s no slouch in their air either, with no fewer than eight weapons covering literally every angle of approach, plus the choice to add up to four pairs of rokkits if you don’t want to add additional bombs! 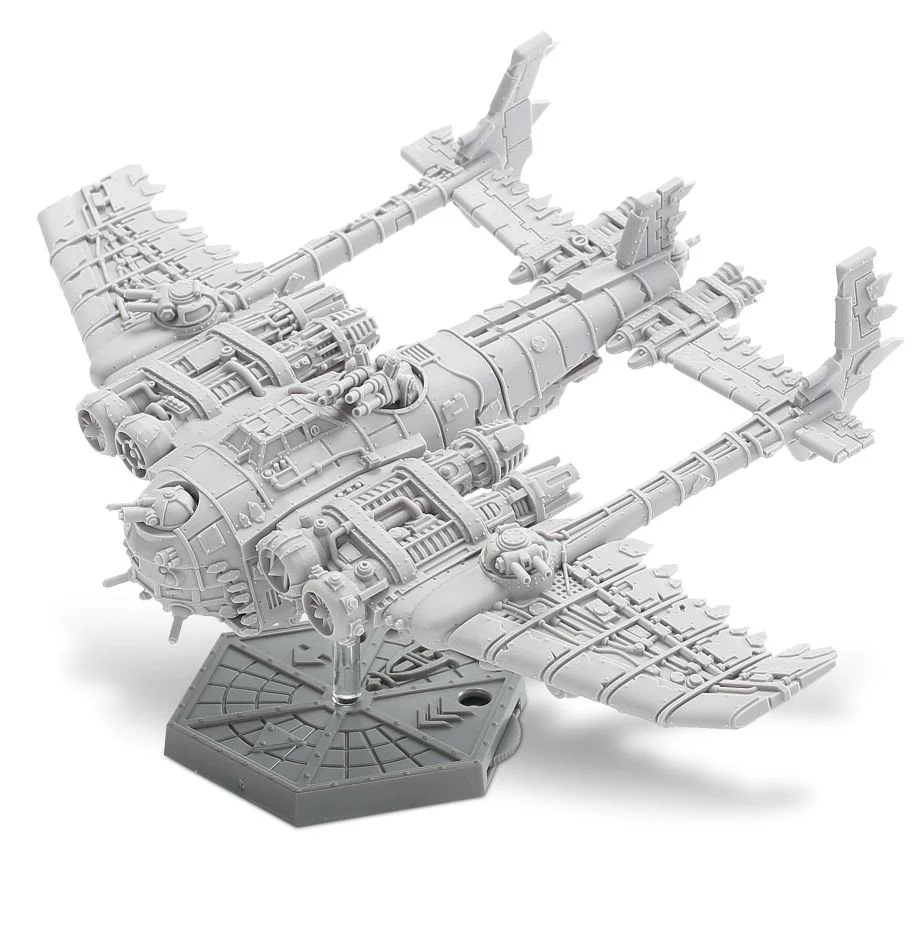 This 61-piece resin kit builds one truly massive Ork Mega Bommer. It has a choice of noses and additional munitions, and many of the guns can be assembled pointing in various directions – the turrets can even be built to turn! 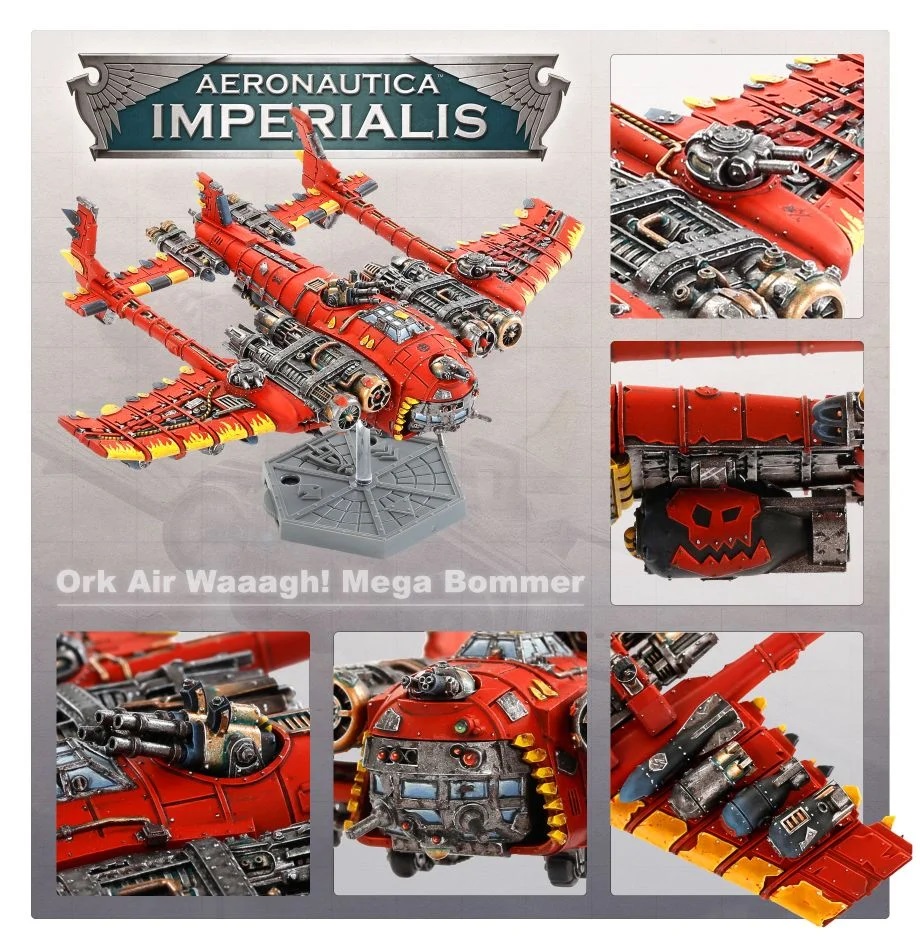 The model comes with an Aeronautica Imperialis base and a bespoke flying stem which allows it to sit higher than other models.

The rules for the Ork Mega Bommer are included with the model, and can also be found on warhammer-community.com.

The details on this model are insane!