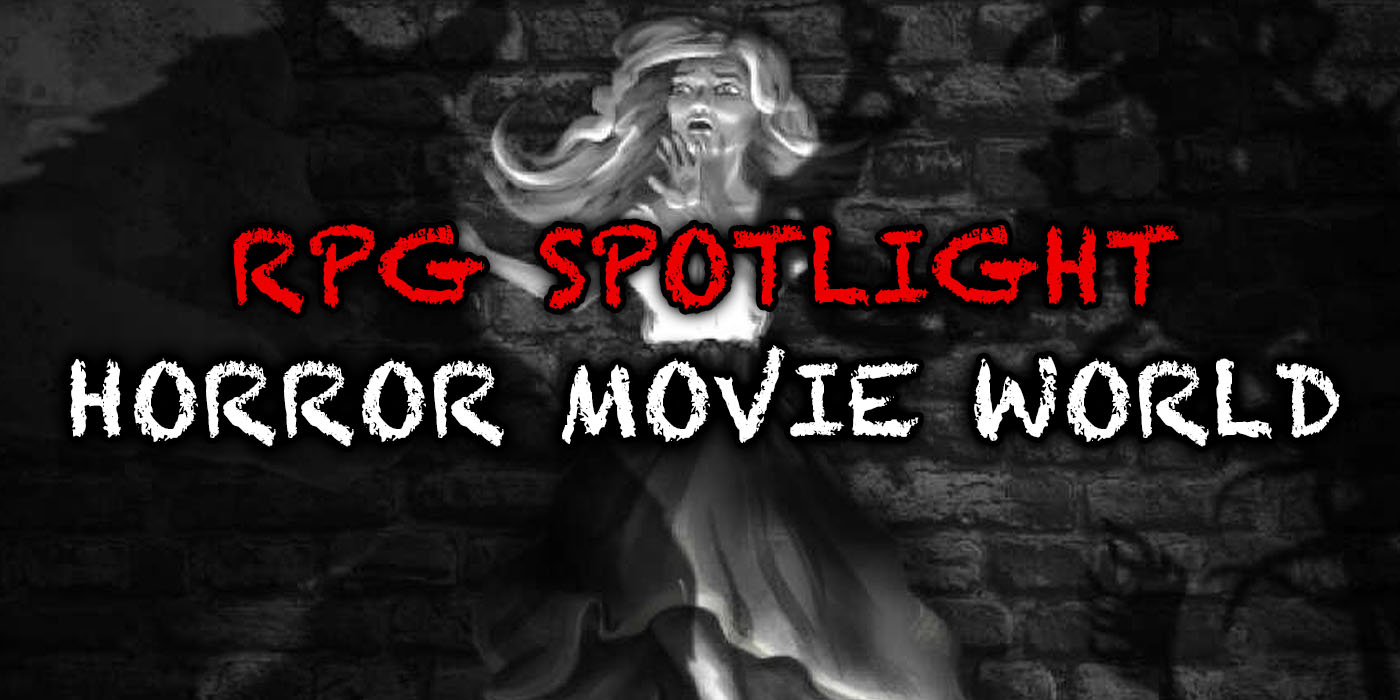 Don’t just watch a scarry movie this Halloween season, write the horror movie of your dreams and bring it to life with Horror Movie World. 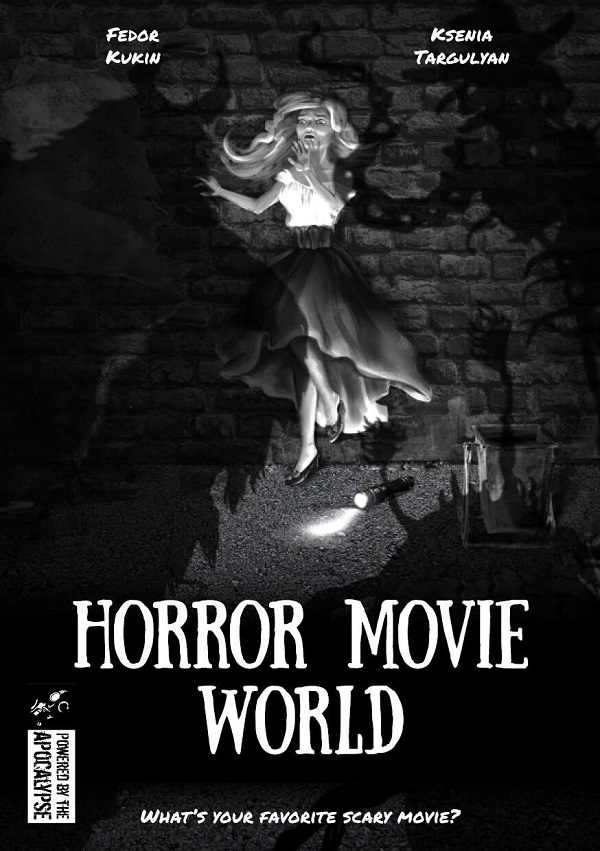 As the days start to get shorter and Halloween get’s closer you may start looking for some more thematically apropos systems to play a one-shot in. There are plenty of great Horror games out there, but if your group wants something a little closer to the kitschy end of the “creepy to kitschy” scale finding a game that’s playable, enjoyable, and Halloween-y may be a little more of a challenge. In all of these regards, Horror Movie World rises to the occasion.

Anchored in the Powered By The Apocalypse system, Horror Movie World keeps it fun and light with easy-to-learn rules and a handbook that wants you to feel like you’re in a silly 90’s horror movie instead of actually battling an unknowable terror. How do they achieve this goal? Simply by making the system as goofy and hokey as possible while still staying within the general premise of a horror-ish themed game. The DM is the “Director,” the game arcs are “Acts,” any follow up sessions are “Sequels,” and every character playbook fits very neatly within one of the almost-stereotypical horror movie character archetypes. 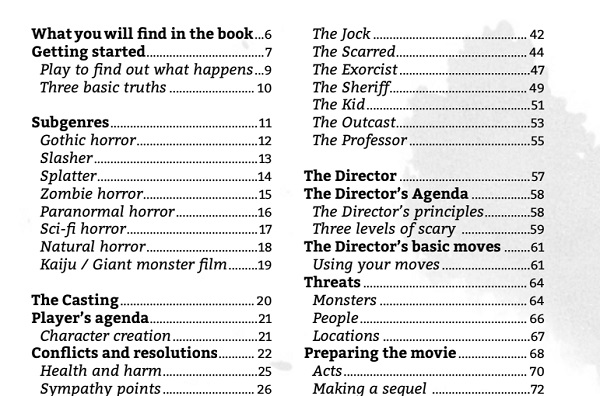 You can play The Virgin, The Nerd, The Jock, The Sheriff, or the Exorcist just to name a few. While all of these playbooks are recognizable enough if you’ve seen literally just one scary movie, they leave enough wiggle room to make a much more original character than you may think. Of course, you an also lean into the character archetype and make the exact sort of character a real movie would design into one of he more paint-by-numbers films. When my brother wanted to play a zombie movie inspired game he opted with this Horror Movie World and the player character results were about fifty/fifty on-the-nose and not-what-you’d-expect.

Character creation and gameplay are a snap if you’ve played even a single Apocalypse game in the past and easy to learn if you haven’t. This specific system utilizes the attributes of “Body, Bravery, Charm, and Smarts,” as well as giving you a list of predetermined relationships to have with the other player characters. For example the jock will chose somebody to be their emotional (or physical) punching bag and another character to have romantic tension with. Additionally, due to the nature of the game fear and sympathy are measurable stats in the same way that your health is. A character with more sympathy points is somebody the imaginary movie audience would root for and may have an opportunity to dodge death, while fear makes the character prone to stupid and destructive behaviors. 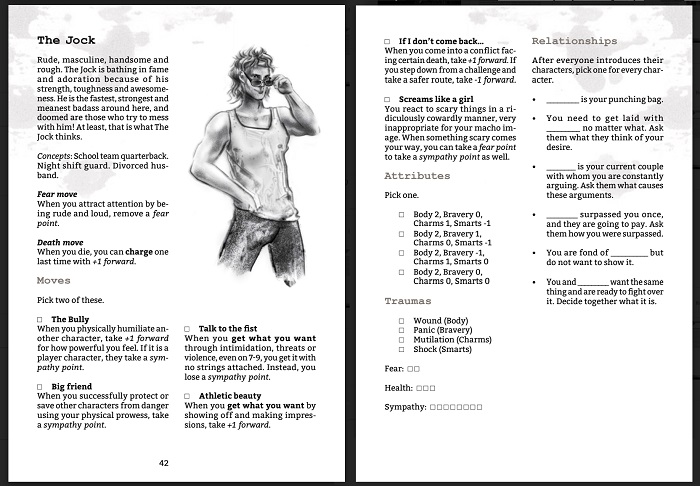 If I were to sum up Horror Movie World, it’s a lot like playing the game version of Cabin In The Woods. Is it part of the horror movie genre? Absolutely. But it also does a really commendable job of subverting and poking fun at it.

If you want to write, direct, and DM your own horror movie, you can get a copy of the game on DriveThru RPG.

What’s your favorite tabletop RPG to celebrate Halloween month with? Will you be checking out Horror Movie World? What kind of horror movie would you play? Let us know in the comments!