Space Ships and Tech in D&D 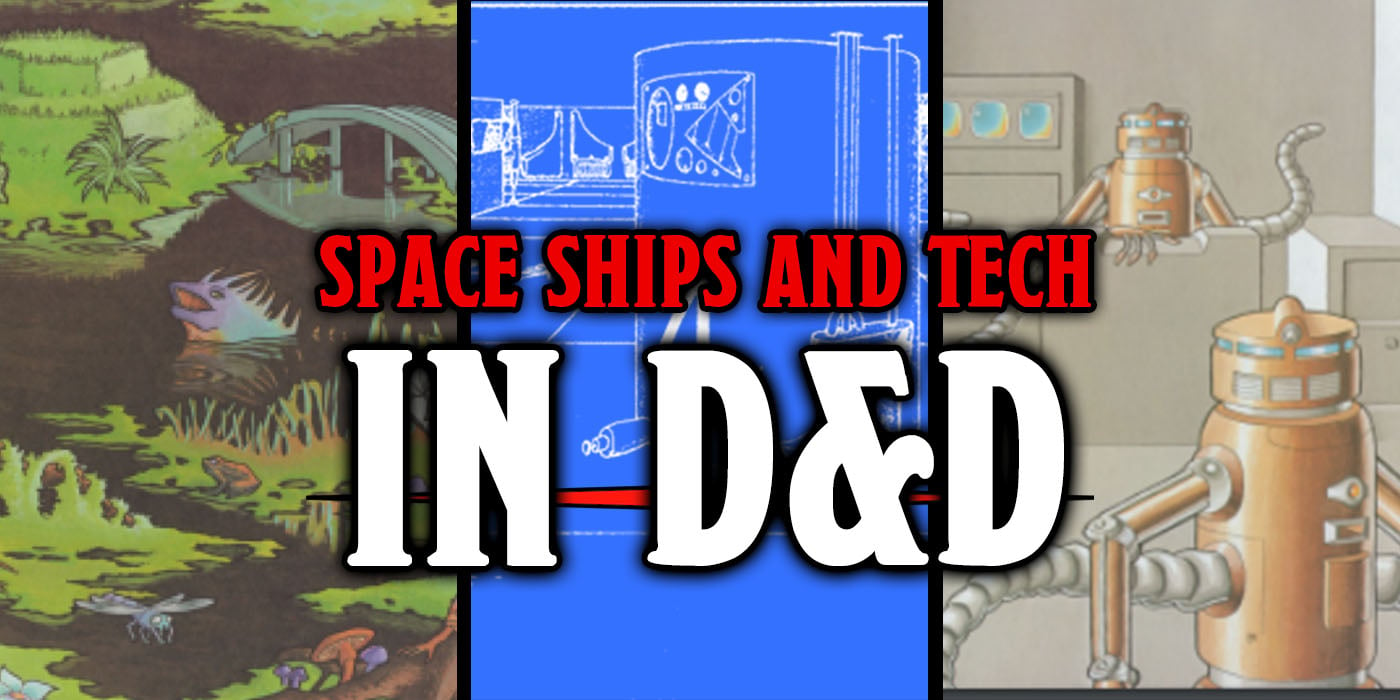 We can’t go to space or have blaster guns in D&D! Except we can, and we have in the past. Let’s take a look at the history of space ships and tech in D&D. 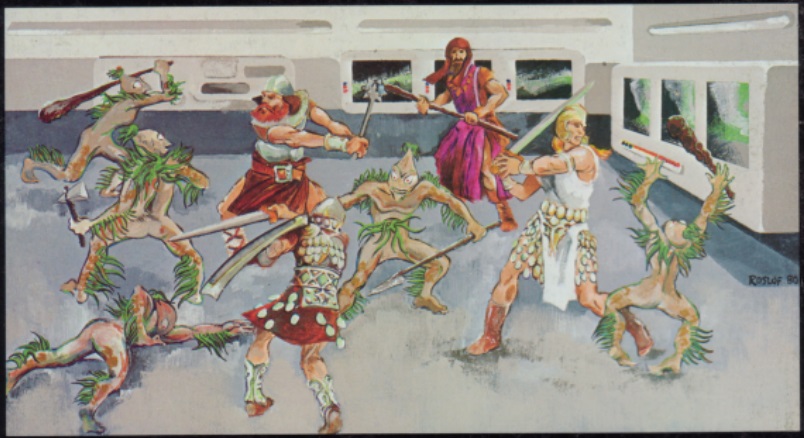 If you’re a more casual player of D&D, didn’t jump into the game until some of the later editions, or just aren’t the sort of player who reads carefully through all of the source material in preference is skimming for what pertains specifically to your character, you may have missed the subtle (and sometimes very overt) sprinklings of space-age technology throughout Dungeons and Dragons.

Players who have been around since first edition may remember Expedition to the Barrier Peaks, an Advanced Dungeons and Dragons 1980 Module where adventurers find themselves exploring a mysterious metal cave in the mouth that strange monsters keep emerging from. The party must journey to this cave, find the source of the monsters, and stop their attacks. But surprise, the “cave” is a downed space ship full of former inhabitants or travelers who seem to have succumbed to some illness and robots who are still very much functional. 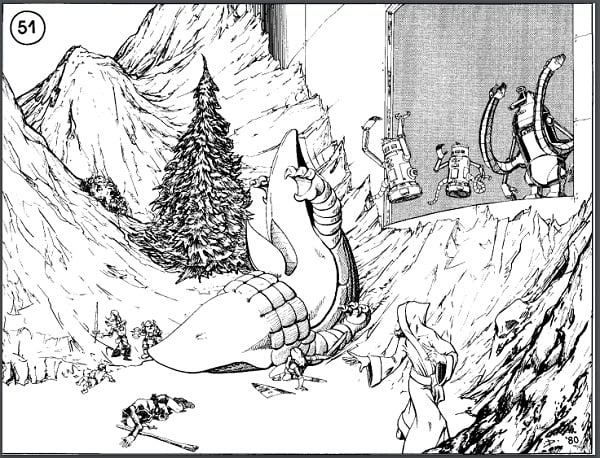 Blood for the Beep Boop god!

Not long after, second edition went on to introduce the Spelljammer campaign setting, adding an element of space opera to the generally high fantasy Dungeons and Dragons. Advanced D&D was a little less subtle with it this time  – not that Barrier Peaks can really be considered subtle – as your characters are actively on and flying ships using a system that mixes magic and astrophysics and crystals for good measure.

More recently, it could be easy to forget that D&D has a history of sprinkling spacecraft into their settings like memes sprinkled in salt, but the hints are there if you know where to look… or you spend your free time reading the monster manual for fun and profit. Volo’s Guide’s page on the Vegepygmies and russet mold explain that while their place of origin is unknown, historical accounts tell of a foreboding mountain with similar mold and a strange metal dungeon while other stories describe a star the fell from the sky and infested the nearby vegetation. Both of which are clearly describing the crashed space ships with a specific shout-out to Barrier Peaks. Could this be a hint there may be an official future for Barrier Peaks in 5E? Well, I’ll be keeping my fingers crossed but not holding my breath.

Do you enjoy it when sci-fi is mixed into your favorite fantasy stories? Did you know that space ships canonically existed in Dungeons and Dragons? Do you hope to see them make an appearance again in the future either with a full Spelljammer setting or with an updated release of Barrier Peaks? Let us know in the comments!