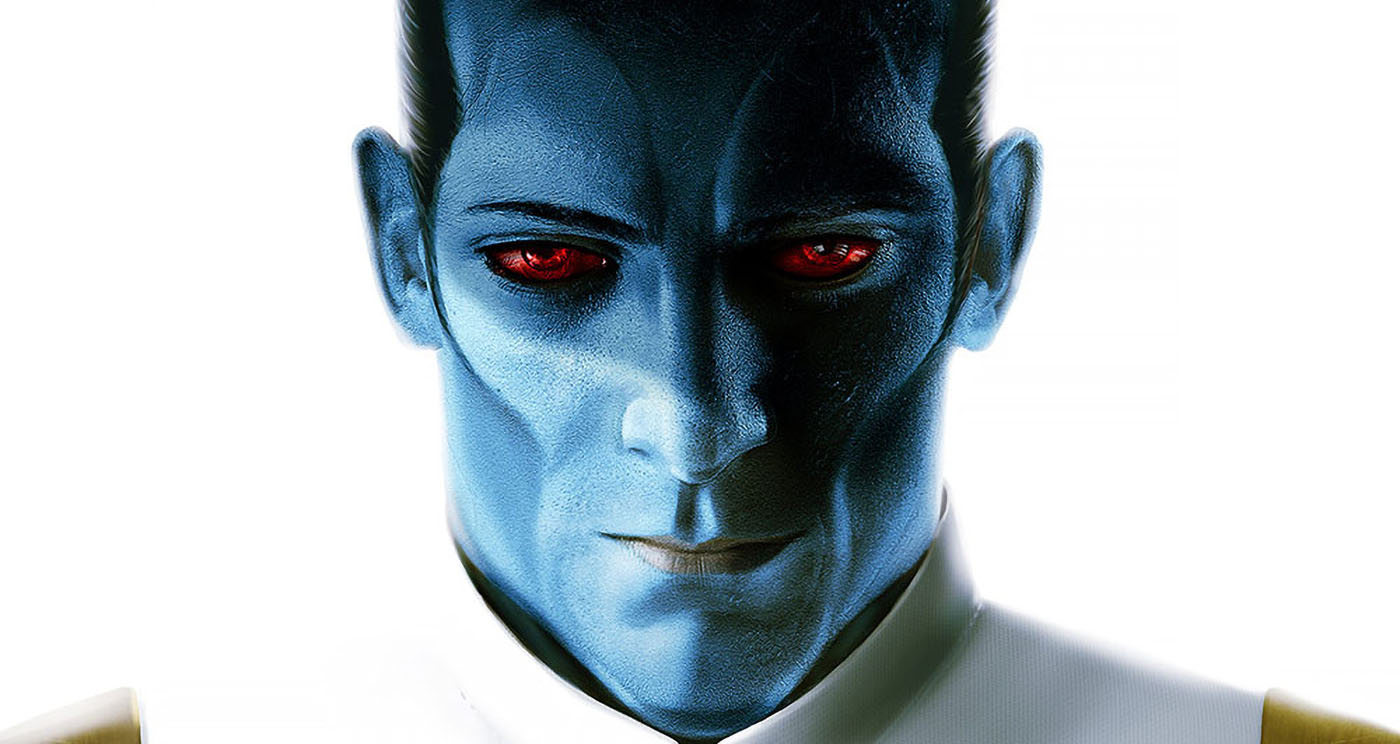 Next year Grand Admiral Thrawn turns 30, a fact which I admit has me feeling a bit blue. Intellectually I know Thrawn has been around for a long time, predated even the Prequels by years, but boy does this make me feel old. Thrawn, for those who aren’t obsessive fans, was introduced to the world on May 4th, 1991, in Heir To the Empire. This book effectively started the EU and in many ways saved Star Wars. It’s not too hard to think of a world where Heir either didn’t get published or was a failure, and Star Wars just petered out as a long trilogy and a few spin off’s and toy lines. Star Wars might today be more like Back to the Future or Jaws, an aging pop culture icon, but not a juggernaut. However, as we know, Heir was a massive success, and Star Wars has only gone on to grow more popular.

Thrawn stands out as one of the most beloved Star Wars characters and is arguably the most popular one to have not come from the movies. This is despite, or maybe because of, the fact that Thrawn dies in The Last Command the third book of the Thrawn Trilogy. This book was released only 2 years after Heir to the Empire and mostly ended Thrawns direct involvement in the Expanded Universe. Still, he cast a long shadow, with his legacy and plans affecting stories long after his demise. Thrawn did show up in a couple of stories set prior to Heir, but he was used sparingly. The canon reboot with the Disney take over has allowed Thrawn to come back in a major way. First, he was brought back as a major enemy in Star Wars: Rebels and following that as the star of two series focusing on his exploits both in and before the Empire. At this point Thrawn is more active in the new canon than he ever was in the EU, a somewhat unique distinction. 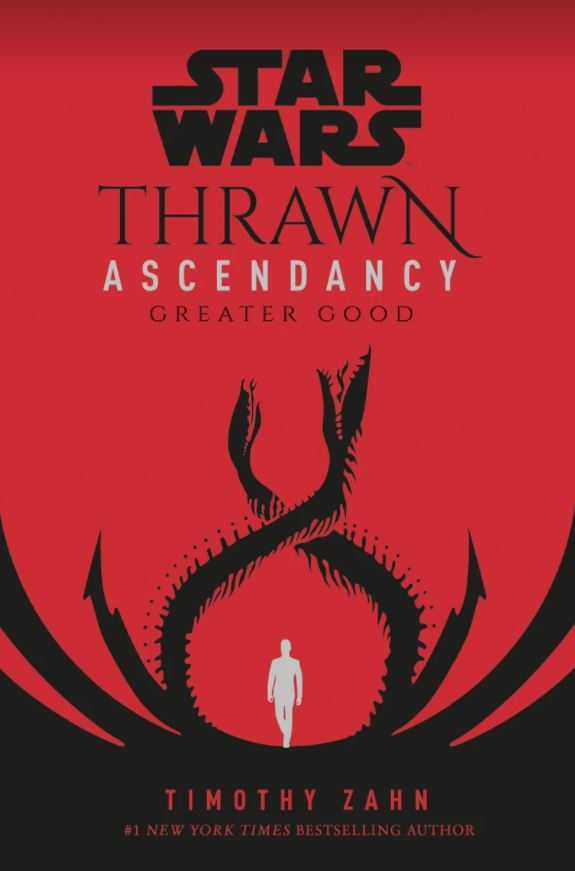 To celebrate Thrawn we are getting a couple of new releases on May 4th, 2021, his 30th “birthday”. The first is the next book in the Ascendancy Series, titled Star Wars: Thrawn: Ascendancy: Greater Good, and might just have too many parts to its title. (Also you cannot convince me that titling a book about a race of blue-skinned aliens with advanced tech that live next-to and in fear of a galactic empire “Greater Good” is not a sly reference to the T’au from Warhammer 40K).  This book continues to tell the story of Thrawn’s pre-Empire days and promises to be just as good as Zahn’s other Thrawn books.  Here is the synopsis:

“Thrawn’s latest triumph still rests newly on his shoulders. Despite leading the Chiss to victory and bringing glory to the House of Mitth, the true threat to the Ascendancy has not yet been extinguished. Their foes do not send threats or ultimatums, or mass ships on the edge of the Chaos. Their weapons come cloaked in smiles and generosity—gifts offered freely, services granted unconditionally.

Across the Ascendancy, seemingly inconsequential events could herald the doom of the Chiss. As Thrawn and the Expansionary Defense Fleet rally to uncover the enemy plot, they discover a chilling truth. Rather than invade Chiss capitals or pillage resources, this mysterious enemy strikes at the very foundation of the Ascendancy by widening the rifts between the Nine Ruling Families and Forty Great Houses below. As rivalry and suspicion sow discord among allies, each warrior must decide what matters most: the security of their family, or the survival of the Ascendancy itself.” 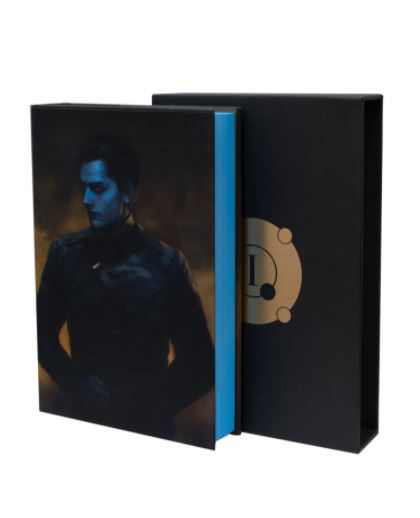 For the true Thrawn fan, there will also be a limited edition version of the first book in the series, Star Wars: Thrawn: Ascendancy: Chaos Rising (and now a Chaos reference? I can’t be the only one to see this). This super fancy edition comes with some rad artwork showing off young Thrawn in all his glory. It’s got a nice slipcover and lots of blue highlights and tints. It may murder your wallet, but it will be artfully done. 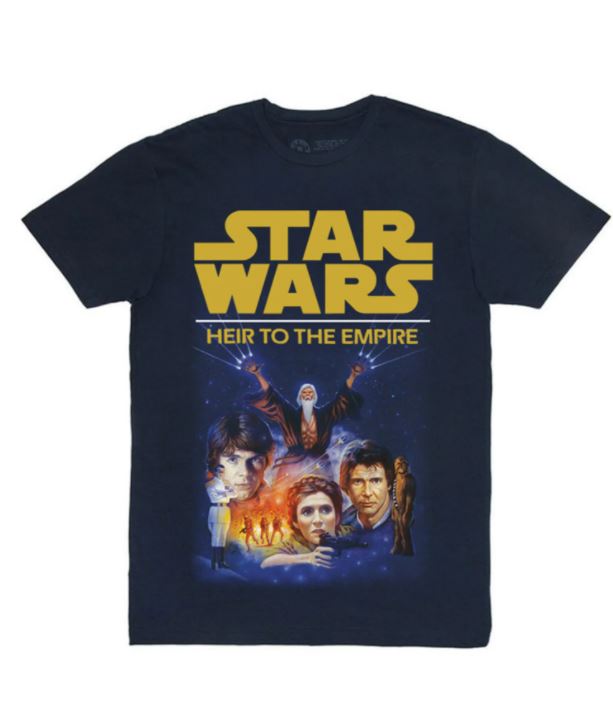 You could also choose to wear your Thrawn love if you want. Out of print will be releasing a new t-shirt feature the cover art from the original run of Heir to the Empire which is just a classic bit of Star Wars art and has a lot of nostalgia for me personally. While Thrawn might not be the major feature of the shirt, he’s on it, along with most of your other favorite characters. It’s also got a pretty nice back. 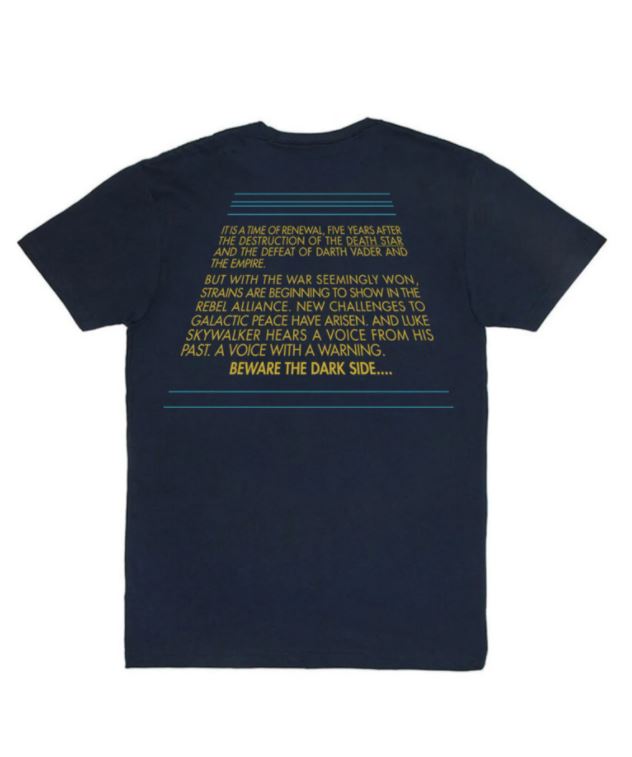 This is really one of the few times where having something crawling up your back is a good thing.

Let us know how you feel about Thrawn, down in the comments!