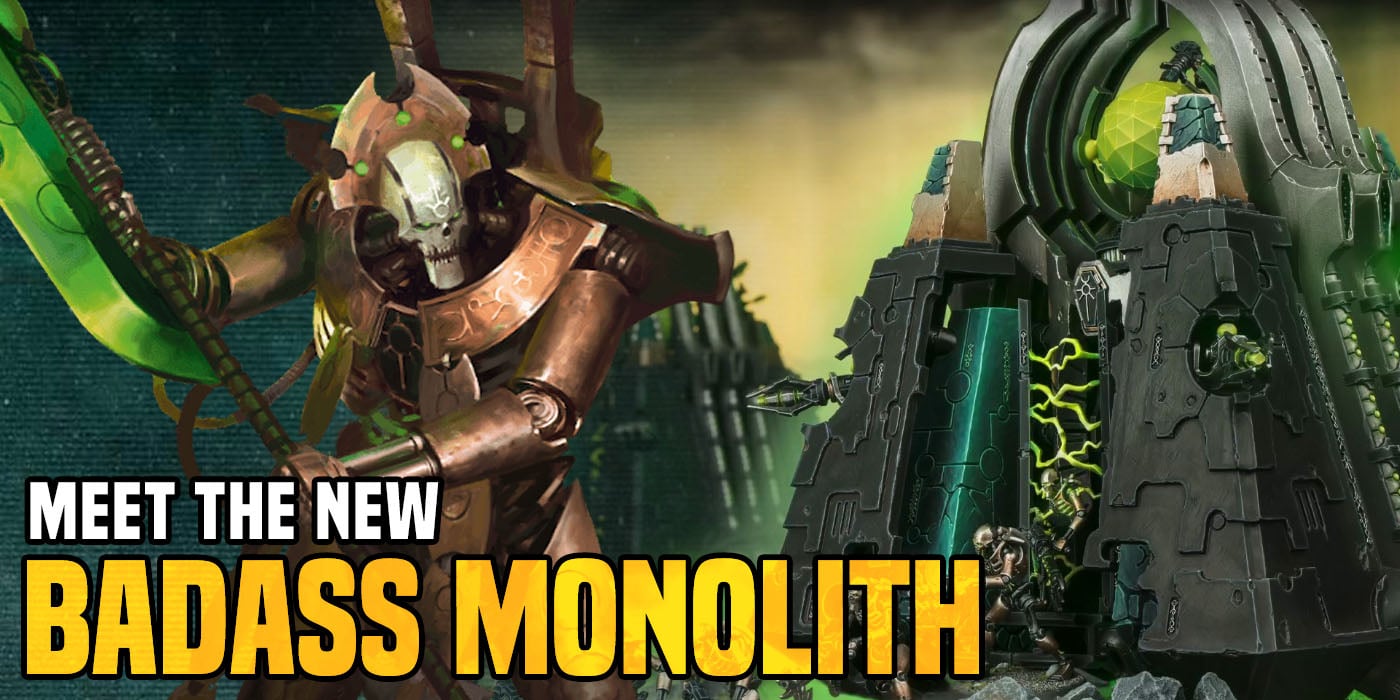 Let’s take a look at rules for the newly updated Necron Monolith. The Brick is BACK!

The big bad Monolith is back for 9th Edition with an all new bigger model, and new bigger rules to match. It’s not going to be sitting on dusty shelves in 9th. 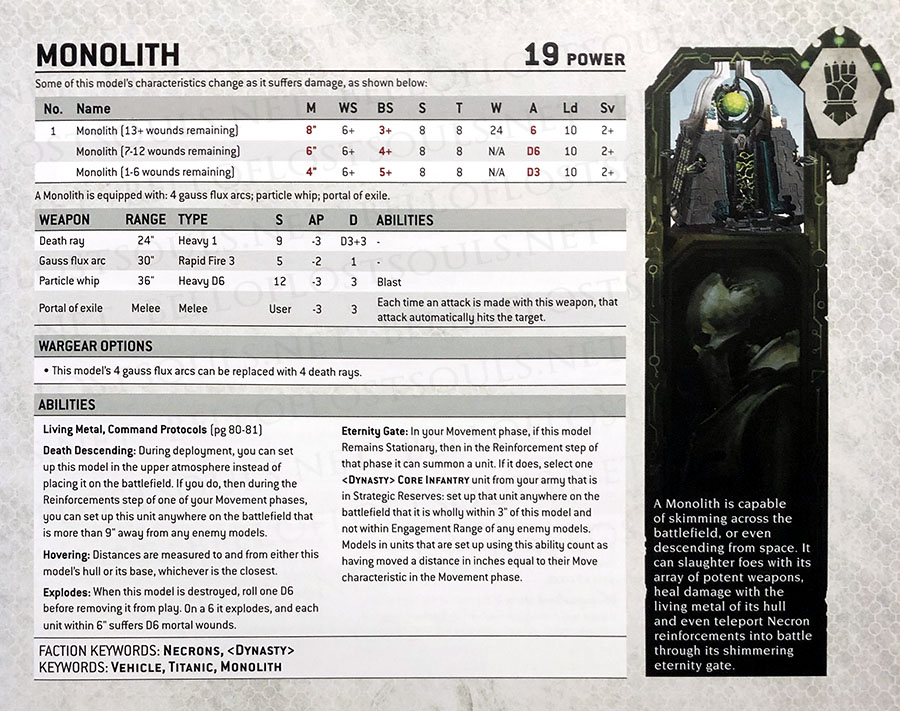 Where to begin. Right of the bat it moves from Heavy Support to Lord of War. For those of you keeping track, yes that gives the Necrons three Lords of War in their codex, compared to the ZERO for the Space Marines.

The Monolith “Model T”, now only used by JV Dynasties.

Onto the Stats. It’s faster, its Wounds move from 20 to 24, and importantly its Attacks move from 3 to 6. Unlike most vehicles that are dismal in Melee, the Monolith is now fearsome.  Note how the Portal of Exile has been transformed from a special rules into a melee weapon and a SCARY one at that. A S:8 AP-3, D3 auto hit melee weapon is going to do some real damage. If the Monolith gets into combat while it still having 13+ wounds remaining, its opponent is going to feel some real pain.

Next the guns. the Gauss Flux Arcs go to Rapid Fire making them twice as deadly up close. The Particle Whip is longer ranged and a stronger, more damaging weapon, but with a random number of hits now. The big news is the option for quad Death Rays, turning the Monolith into a tough as nails heavy hitter able to take down the big stuff. No matter how you equip the big brick, the new smaller board sizes of 9th Edition mean it can easily reach out and touch the bad guys.  ZZZAP!

Finally Death Descending lets the Monolith now drop in ay 9″ instead of the previous 12″.

When I first saw the model I honestly thought it was a new unit as it looked too big and beefy to be a Monolith. It looks like GW had the same idea, and scaled the rules up to match the new model.  I love it!

You’re thinking about it aren’t you? 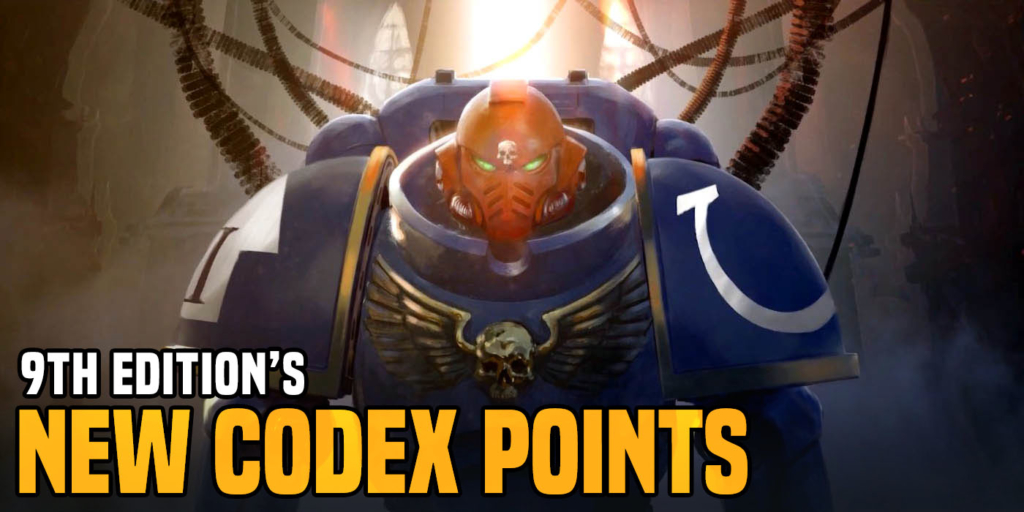