Curious about what lies in Crucible of Retribution, the new Adeptus Titanicus book? Well come take a look at a swath of new rules today!

The Cataclysm of Iron is upon us, with a new expansion book for Adeptus Titanicus. Crucible of Retribution details the internecine warfare that plagued the Titanic Legions during the Horus Heresy. With seven brand-new Legions and four brand-new Knight Houses, this book is a hefty meal of new rules. So let’s dig in with an appetizer sampler platter of rules previews. Take a look. 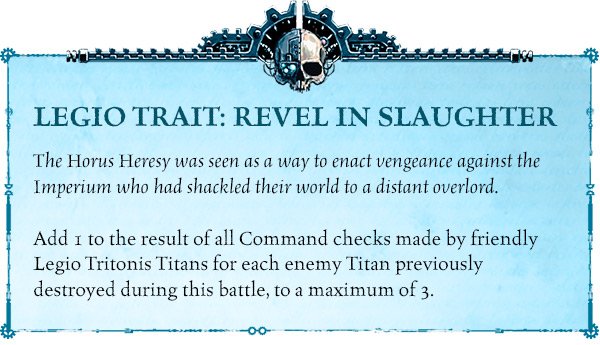 First up, the Dark Tide–the very first secessionist Legio, which turned against both the Emperor and Horus, because picking sides is for chumps. Fighting everyone is where it’s at. As such, their legion traits reflect their destructive nature, such as Revel in Slaughter, which makes your command checks easier the more you blow up the enemy. And Stratagems that reflect the depths of their tech-heresy, like Stygian Veil: 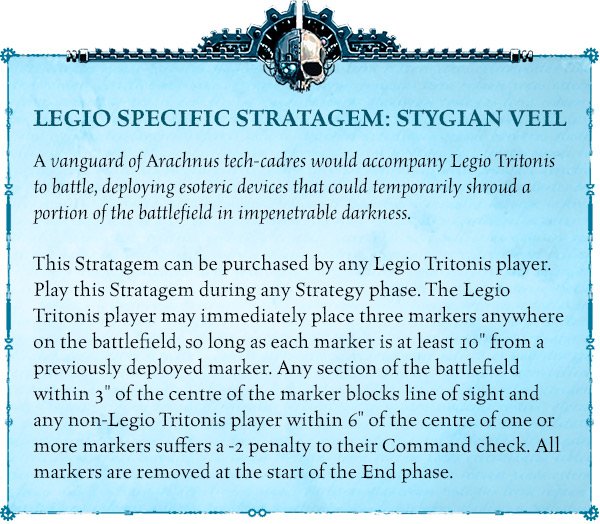 So if you want to sneak your Warlord Titans around, they’ll be stealthier even than the Burger King, and he has a game called Sneak King. But for every traitor there’s a loyalist, it seems, and none are more loyal than the Iron Spiders, who value Loyalty Above All. 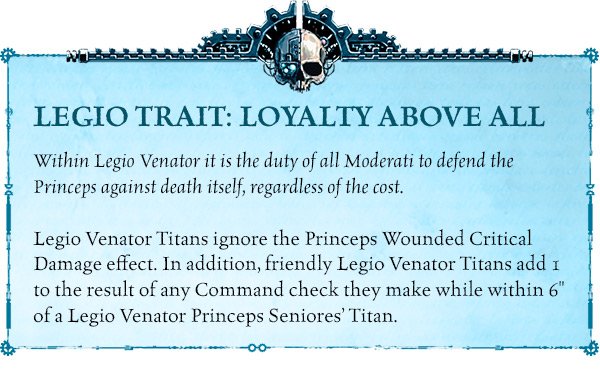 Meanwhile, One Mind lets you form up into Squadrons to activate more Titans than you might otherwise get to. 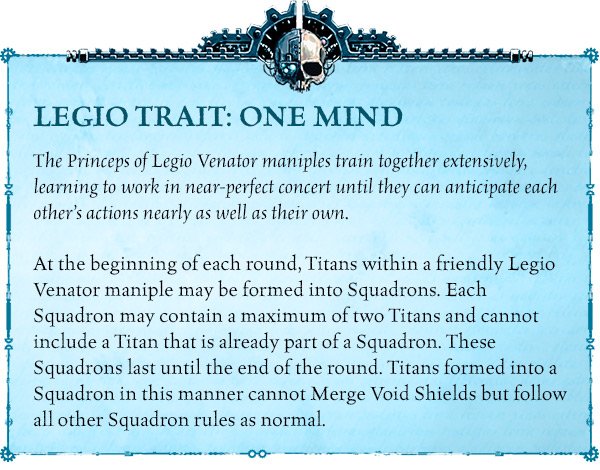 Now let’s turn up the heat with the Gatekeepers, who already had one foot in the ruinous powers even before the Heresy which can be seen in traits like Callous. 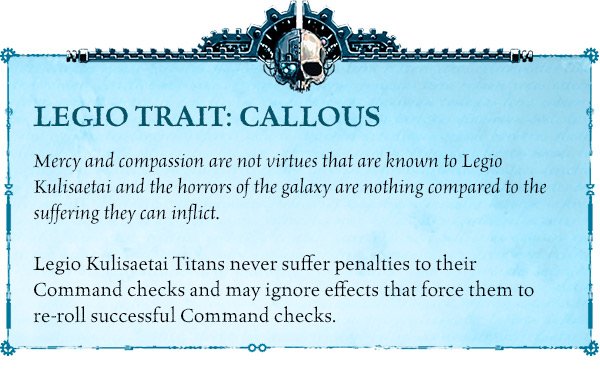 But now they’re doubling down on the Chaos, with a Personal Trait that reflects their corruption. 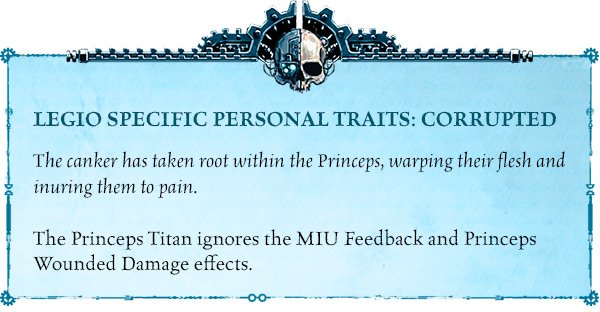 Let’s take a look at one of the new Maniples included in the book. Here’s the Ignus Light Maniple: 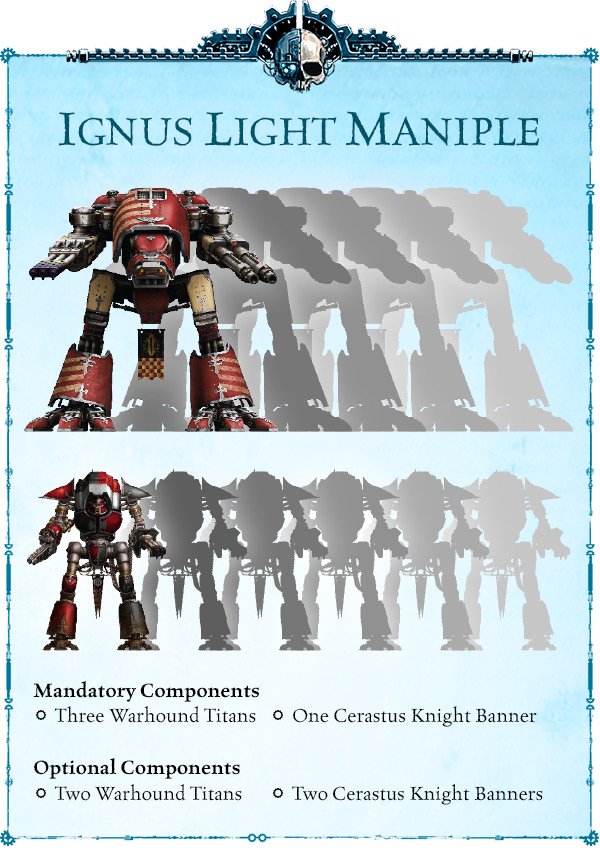 Which can be called upon to employ scorched earth strategies. 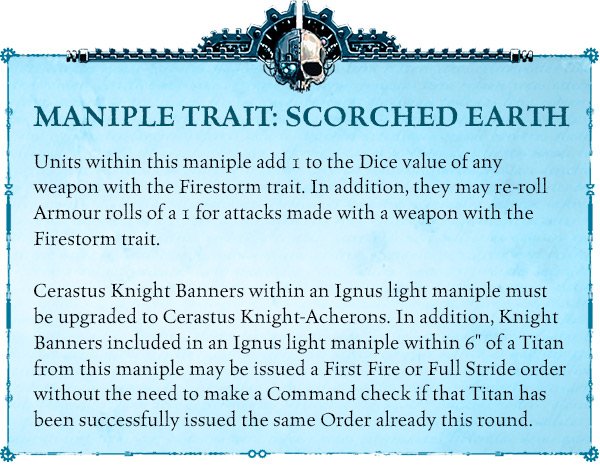 There are four new Knight Houses in the book, as mentioned. Here’s a look at two. First up House Gotrith, which includes new Knightly Qualities: 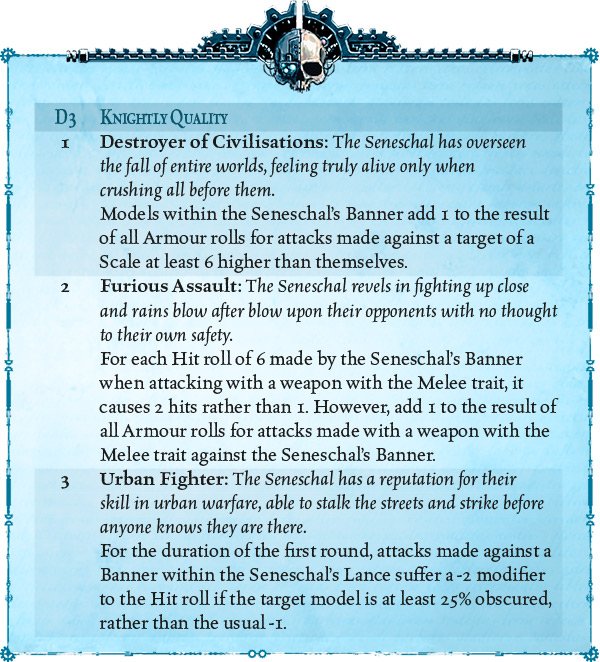 And if you want more poetic Knightly Qualities, check out House Moritain. 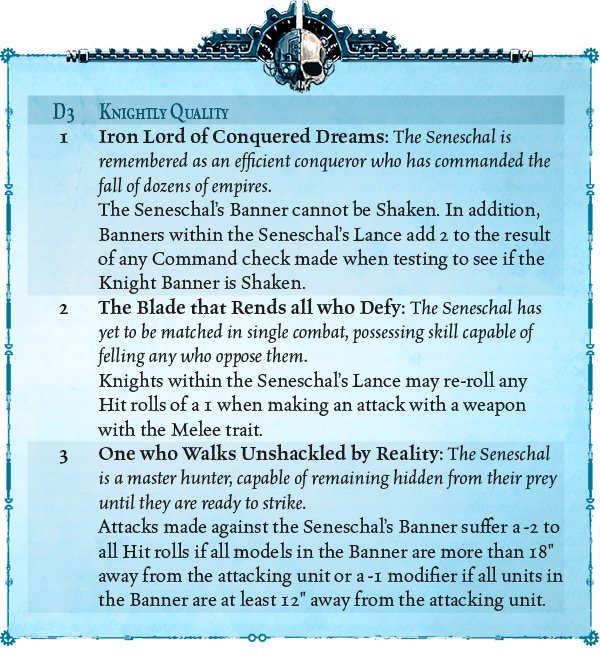 Those are some very good names. I have to say. Well that’s it for this glimpse at Crucible of Retribution–it’ll be up for pre-order this weekend, so check back then!