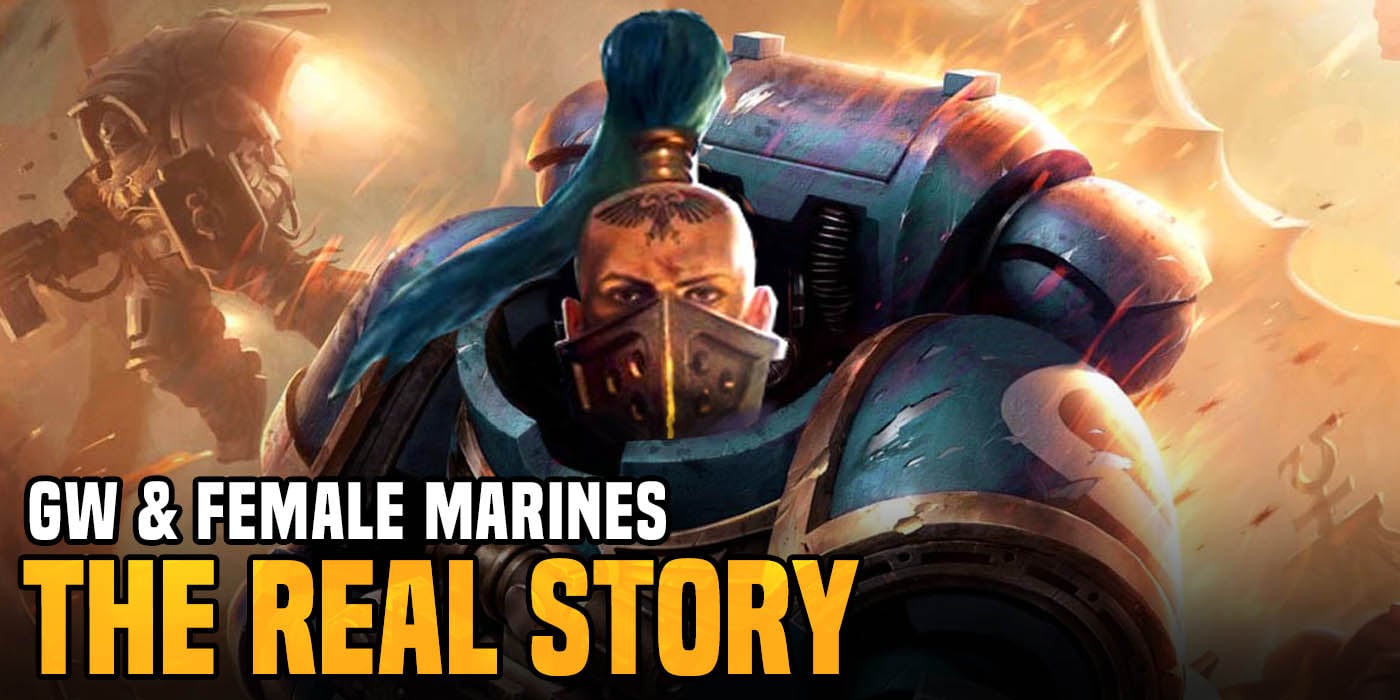 Few things get Warhammer 40K players talking like the subject of female Space Marines.  A GW oldtimer talks about what really happened.

Anytime hobbyists bring up Female Space Marines, a tidal wave of arguments ensues. “it goes against the lore”, “it’s not canon”, “if you don’t like it, play a different game”, or the classic “just play Sisters”. The arguments are endless.

Everyone knows the story of Space Marines. They are the Emperor’s super soldiers, genetically modified, and aside from violence, immortal. They are armed with the best armor and weapons the  Imperium can provide and of course, They Know No Fear.  Finally, they are always male.

But the truth is more complex.

First of all, there WERE female Space Marines, way, way back in the earliest incarnation of Warhammer 40,000. Take a look at the page of Adventurers from the White Dwarf 99, in March of 1988. 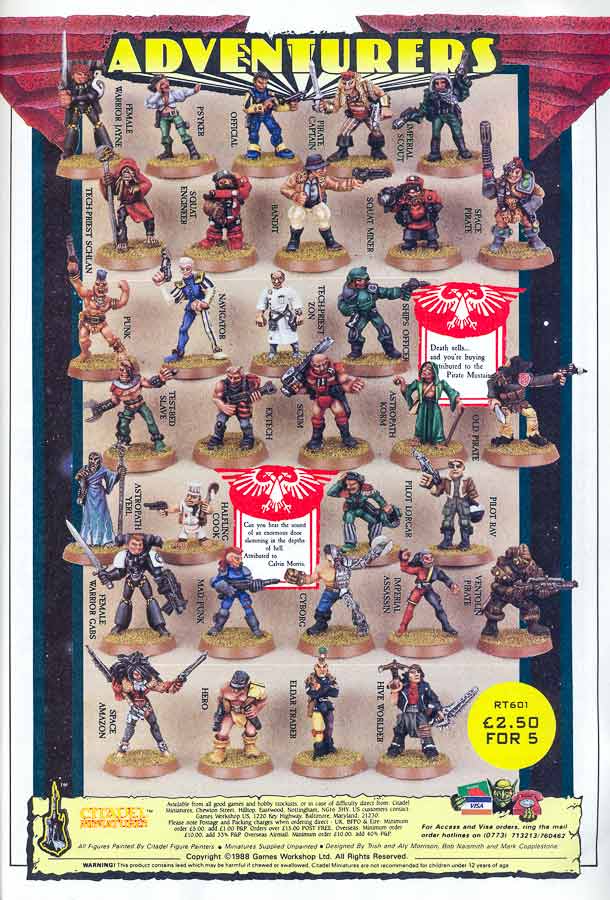 Alan Merrett is an oldtimer GW alumni. He was there from almost the very beginning and spent many years as the Head of GW’s Intellectual Property. He left the company several years ago, but chimed in on Facebook as to what was really going on with the issue: 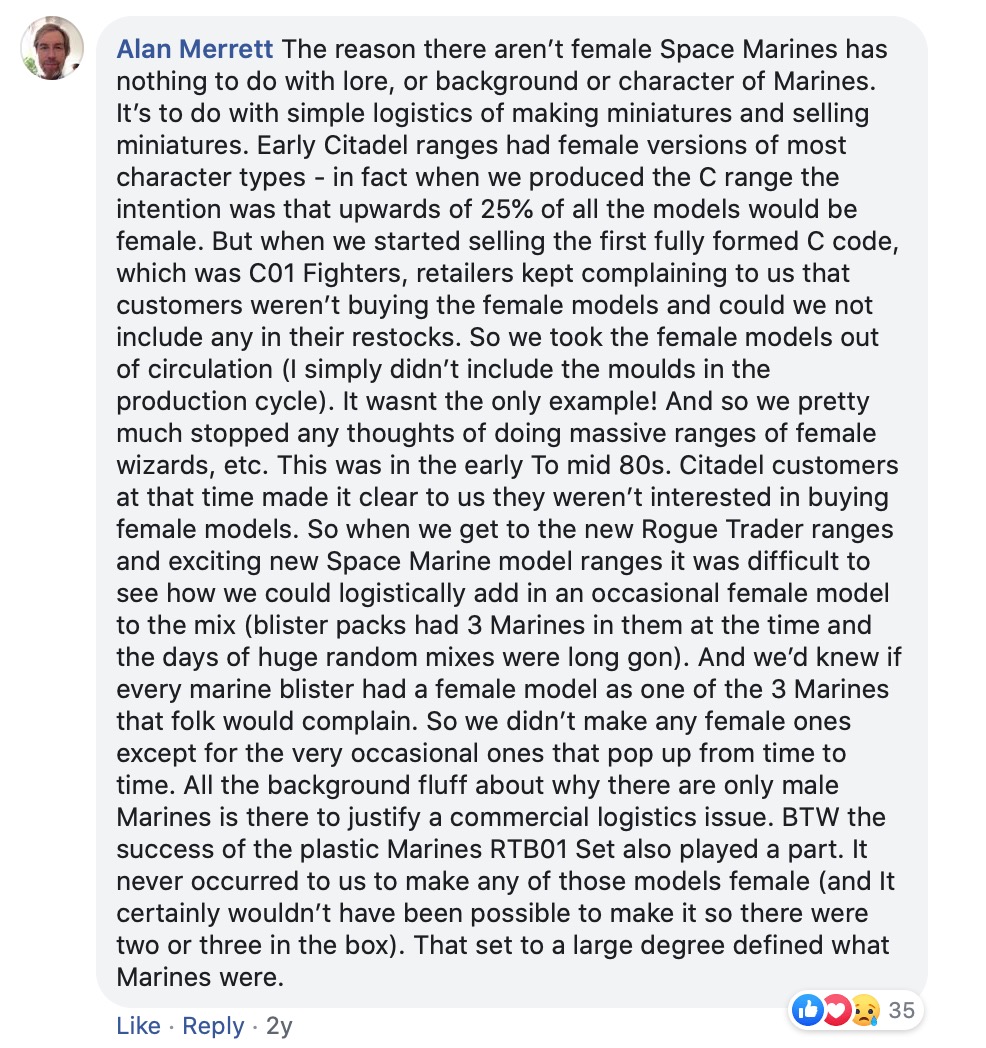 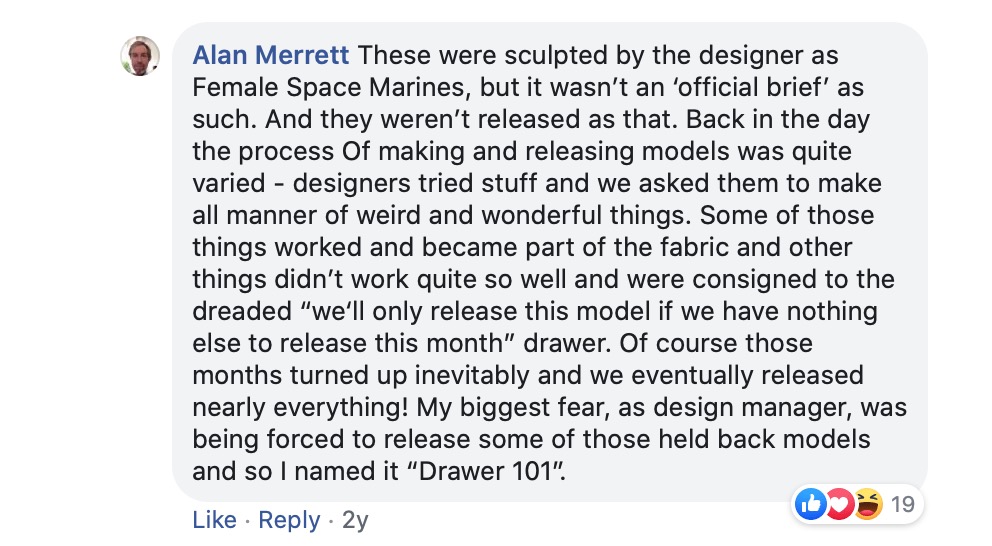 This is both illuminating and unsurprising in equal measures. First of all, Merrett main point is that female Space Marines were a market-driven decision. In the late 1980s Games Workshop was a scrappy company on the move with a new shiny Warhammer 40,000 game just recently released. They were pretty much throwing anything and everything at the wall and seeing what would stick. 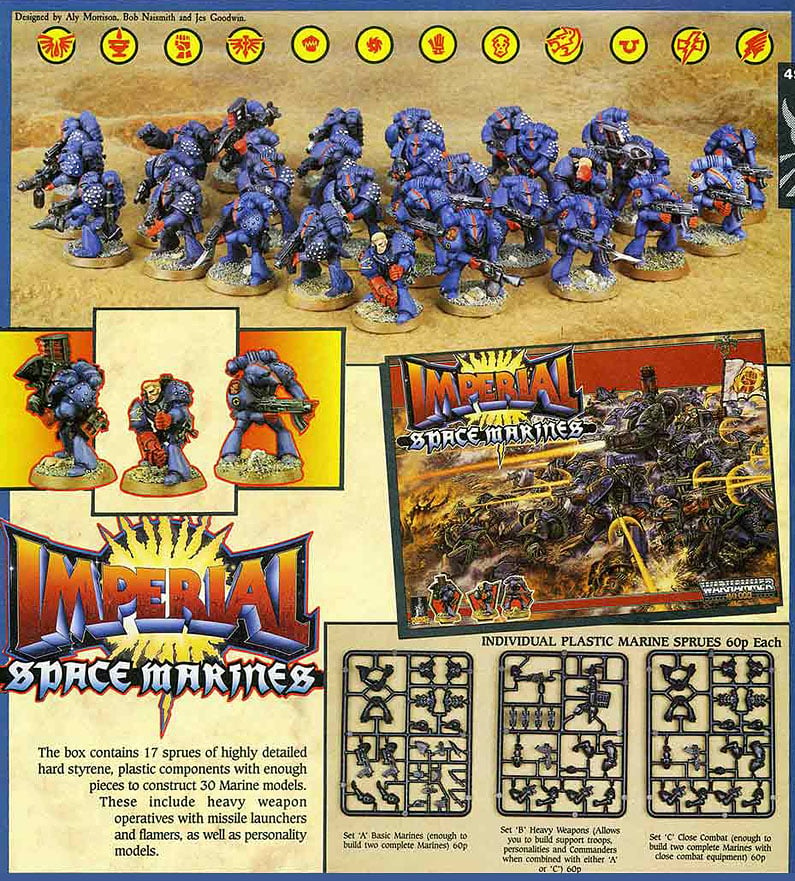 Nottingham happily produced and pushed Female models into the market, but got pushback from the retailers that they were unpopular and requested that they be removed from restock lists. It wasn’t that GW didn’t want female Space Marines, it was the male-centric customerbase in the 1980s who didn’t.  As the game evolved and things like the RTB01 boxed set exploded in popularity, GW simply couldn’t justify making a parallel line of female Marines that were slow sellers. Thus, they consolidated the line into the look we have to this day and moved forward.  The early female Marine models became a forgotten apocryphal footnote to the game.

All the male-only fluff and lore was tacked on after the fact. The two models in question were designed as female Space Marines by the designer, although they use some common iconography that was shared between both Marines and Sororitas down the road.

The implications of this are obvious. This was never about lore – it was driven by sales and retailers / customers. The 1980s were a long time ago, and the hobby was even more niche and male-dominated than it is today.  One of Warhammer’s strength’s is the vastness of its scope and how the galaxy has room for just about anything. If GW wanted to, it would be child’s play to retcon female Space Marines into the game.  Certainly thirty years on, the customer base is different and the appetite for female Marines is there. Many, many female Marine conversions are out there and it is a popular, if divisive topic to this day. Note the coed nature of Age of Sigmar’s Stormcast Eternals.

GW could simply reveal that Cawl has made a breakthrough and female Primaris are a thing.

One or both of the missing Primarchs could be revealed as female.

~There’s a million and one ways for GW to do it. The real question is should they.