AoS: All Aboard the Hurtle – The New Leviadon 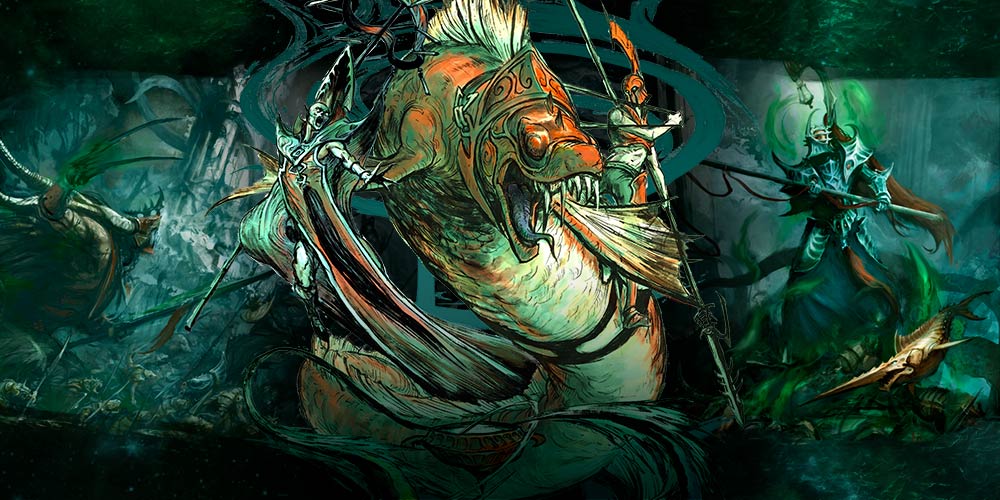 The Leviadon got a big update in Broken Realms, and if you don’t already have one, it’s worth a second look.

As I mentioned earlier this week, the Idoneth Deepkin have gotten a ton of new upgrades, and one of the primary recipients was the War Turtle itself, the Leviadon. Not only did it gain access to “mount” traits, but it had a total warscroll overhaul that made it a good deal nastier to face off against. So everybody hop in the howdah and load your harpoons, because we’re taking a look at the updates for the giant turtle. 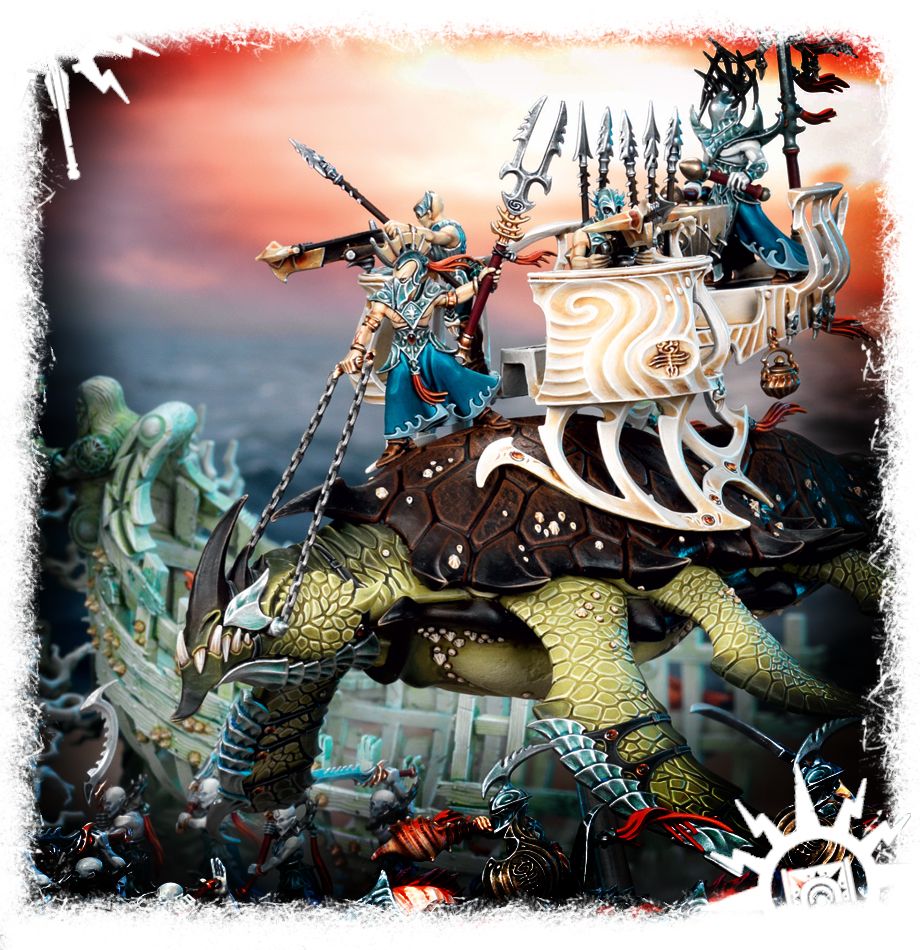 The Leviadon has changed a bit, increasing its survivability and damage and making it an absolute powerhouse. Its move is now static at 10” and it has lost a point of Bravery, but its overall staying and punching power have drastically increased. First off, it starts with a 2+ armor save, which deteriorates as it takes damage, but with a save that beefy that isn’t very likely. Like the Allopex, the Razorshell Harpoon Launchers have increased their attacks up to 8 shots and gained a point of Rend.

The Twin-pronged Spear and Razorshell Harpoons have been combined into a single profile with 6 attacks that hit and wound on a 3+ and deal 1 damage with no Rend, which is a bit of a downgrade but its more than balanced by the Leviadon itself. The Massive Scythed Fins now hit on a 2+, and their damage scale starts at 4 rather than 3, which is pretty great combined with the beefier save. The Crushing Jaws have traded a bit of power for consistency, but they’re still lethal against larger creatures. They now deal a flat 3 damage instead of d6, and an unmodified hit roll of 6 dishes out 3 mortal wounds. However, if you roll a 6 and the target is a fellow monster, the mortal wounds increase to 6. In addition, the bulk of a charging Leviadon now damages its target (as it frankly always should have) thanks to the Crushing Charge ability.

After it charges, you roll a d6 for each unit within 1” and on a 2+ deal d3 wounds, or d6 if the unit has a Wounds characteristic of 1. If a Leviadon smacks into a chaff unit, it’s definitely going to rough them up, and chum the waters for nearby Allopexes. And if you like Namarti, you’ll be happy to see the upgraded Void Drum as well. Rather than giving cover to units in range, it now provides a flat +1 bonus to their save, and any Namarti units wholly within 12” add +1 to their hit rolls. 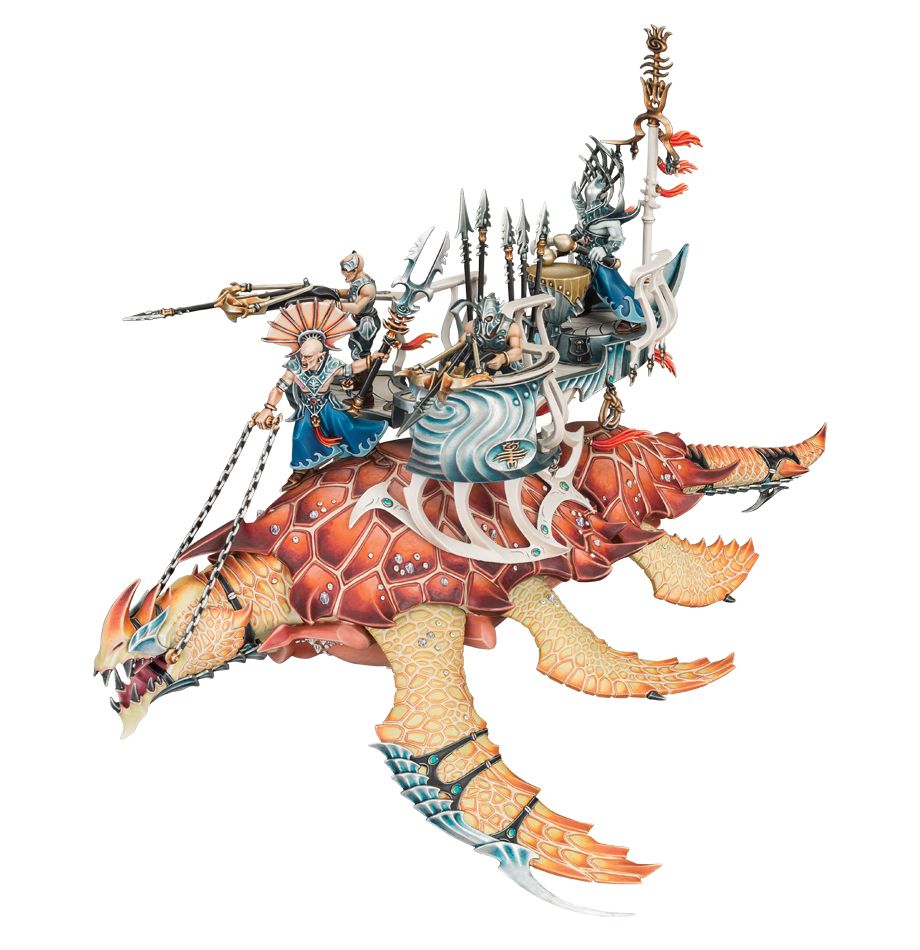 Like the Deepmare, the Leviadon has access to three mount traits, and they’re all pretty fantastic. The first trait, Ancient, allows the big turtle to ignore Rend of less than -2. Considering that in the new warscroll a Leviadon starts with a 2+ armor save, this will keep them pretty healthy without sustained effort to take them down with exceptionally strong weapons. Denizen of the Darkest Depths, the second trait, gives your turtle more consistent and high powered damage when it runs over people on the charge. It allows you to add an extra wound to the damage you inflict with your Crushing Charge ability, and it DOES specify that you will deal a single mortal wound on a roll of a 1. This is great to combine with the Allopex from the Akhelian Corps. On the other hand, if you favor Namarti, consider the Reverberating Carapace, which will increase the range of the big turtle’s Void Drum to 15”. The Leviadon is a full package of defense, offense, and support, and the mount traits just make it all the better.

Will you be adding a Leviadon to your list?