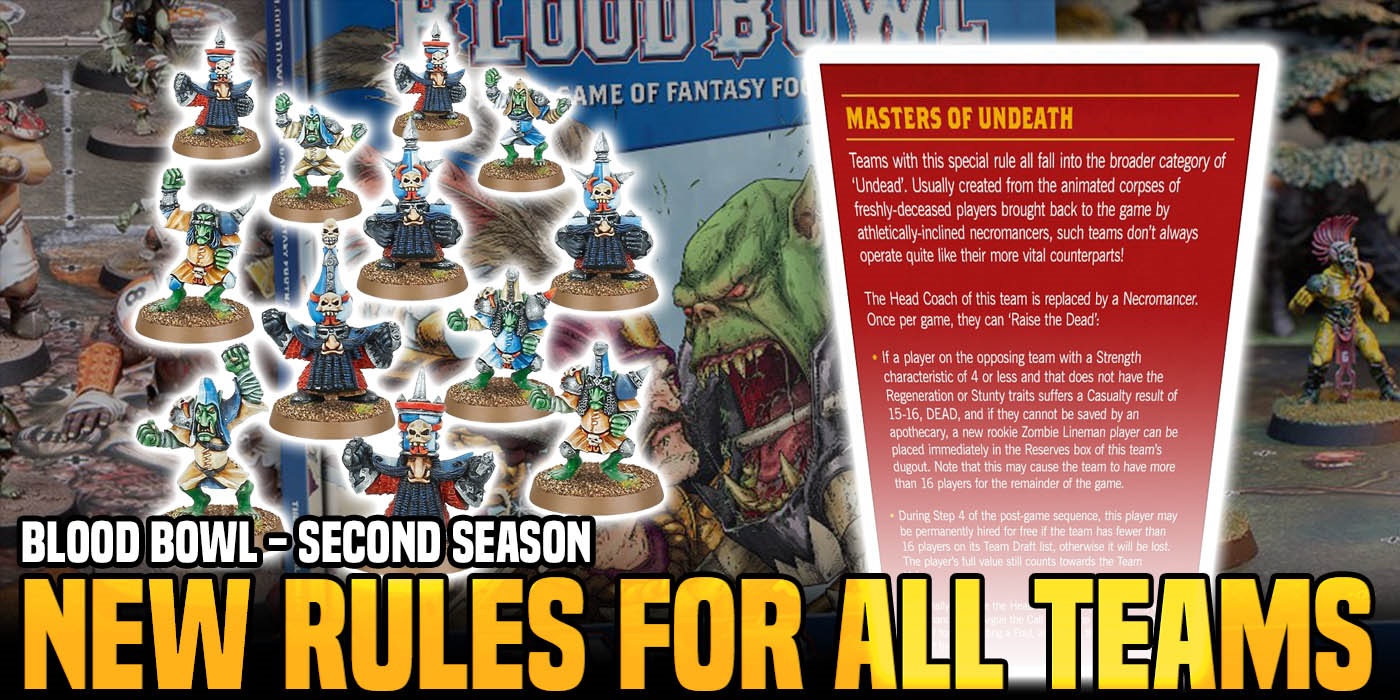 Games Workshop has a TON of new updates coming in Blood Bowl: Second Season. And your favorite team is getting some changes.

Yesterday we took a look at some of the mechanical changes coming in Blood Bowl as well as a few of the new rules for the new Imperial Nobles and Black Orc teams. Today, we’re getting even more info on the upcoming season. Every team is getting some love from GW – Blood Bowl fans rejoice!

“The 136-page Blood Bowl: The Official Rules book includes a comprehensive update that brings all the teams and Star Players together from the last edition under the current ruleset.* In some cases, it was as simple as updating their team and player profiles to match the new format, and in other cases they’ve been fully rebalanced and adjusted. Care was taken to make sure they all felt as unique and balanced as possible.” 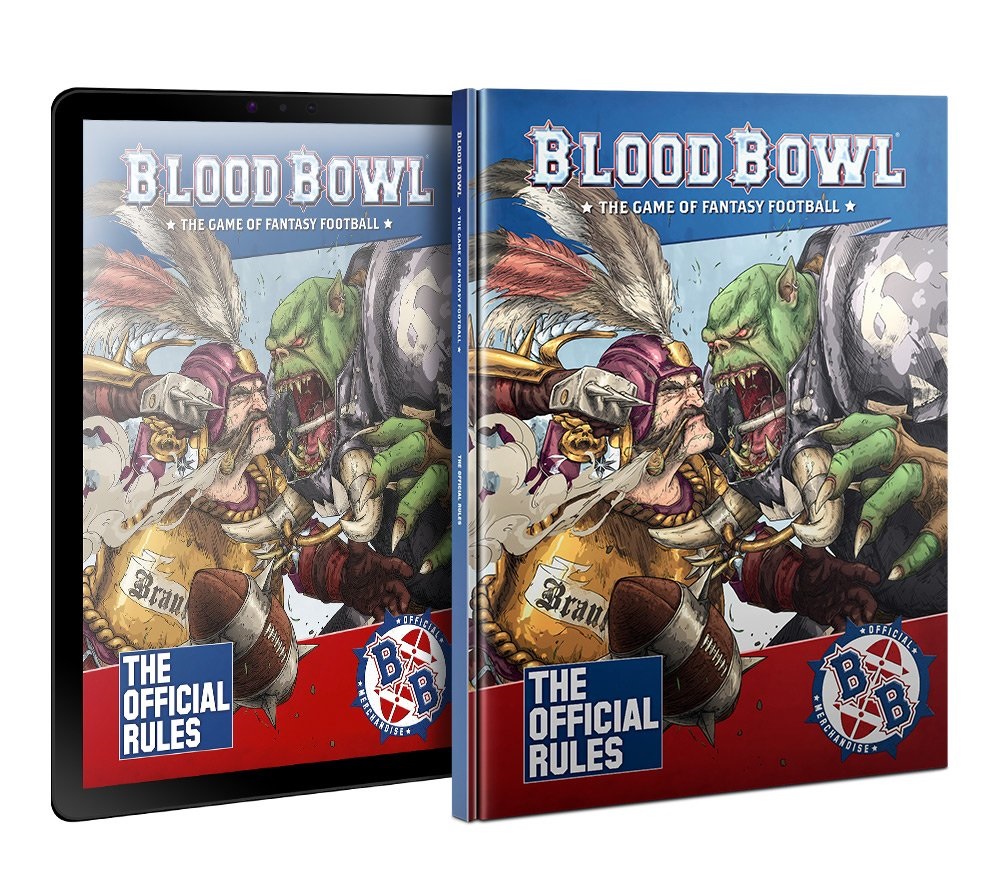 Yep – the rule book is expanded quite a bit. Furthermore, it’s not just minor updates – some teams got some serious rebalancing under the hood. On top of those mechanical changes each team also gained some new keywords for a bit of future-proofing as well. This also includes new Regional and team special rules, too! These rules help guide team building and also determine with Inducements they respective teams will be able to use…and you can be there will be more effects down the line. As an example, check out Master of Undeath for those undead teams: 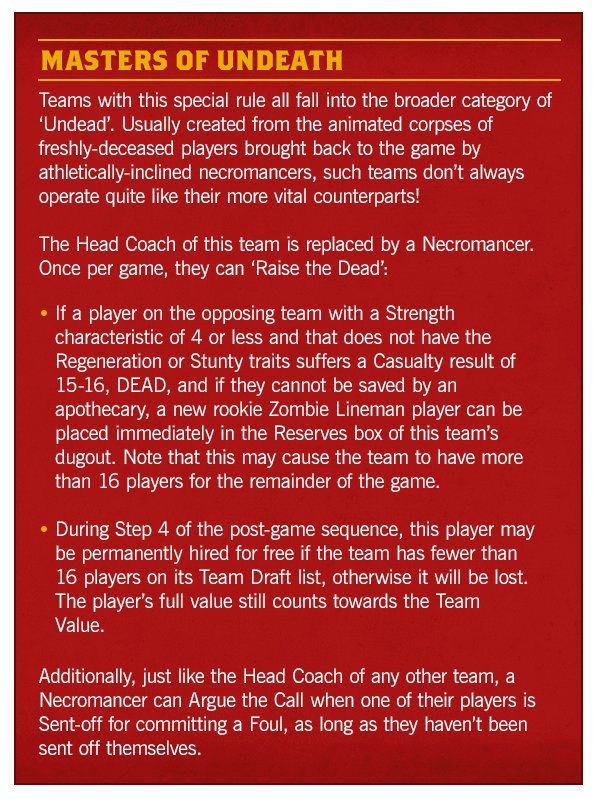 We got a little bit of a hint at the new Tier system for each team. Today, GW also expanded on that:

“Each type of team is now placed into one of three tiers, representing abstract qualities like the ease with which a coach can handle them, their baseline athletic ability, or skillfulness.” 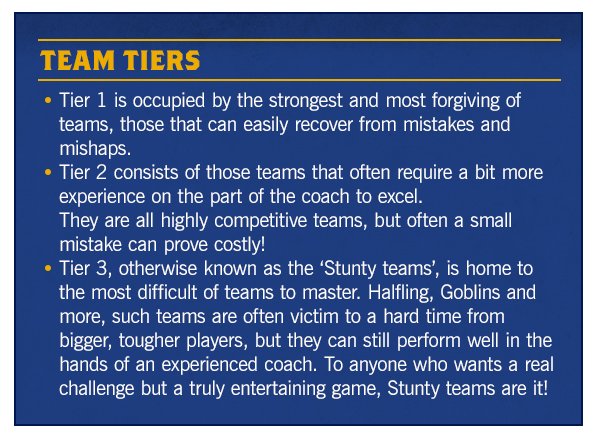 This is a bit more info on that system but perhaps more interestingly, we get an idea of some of the teams in those tiers: 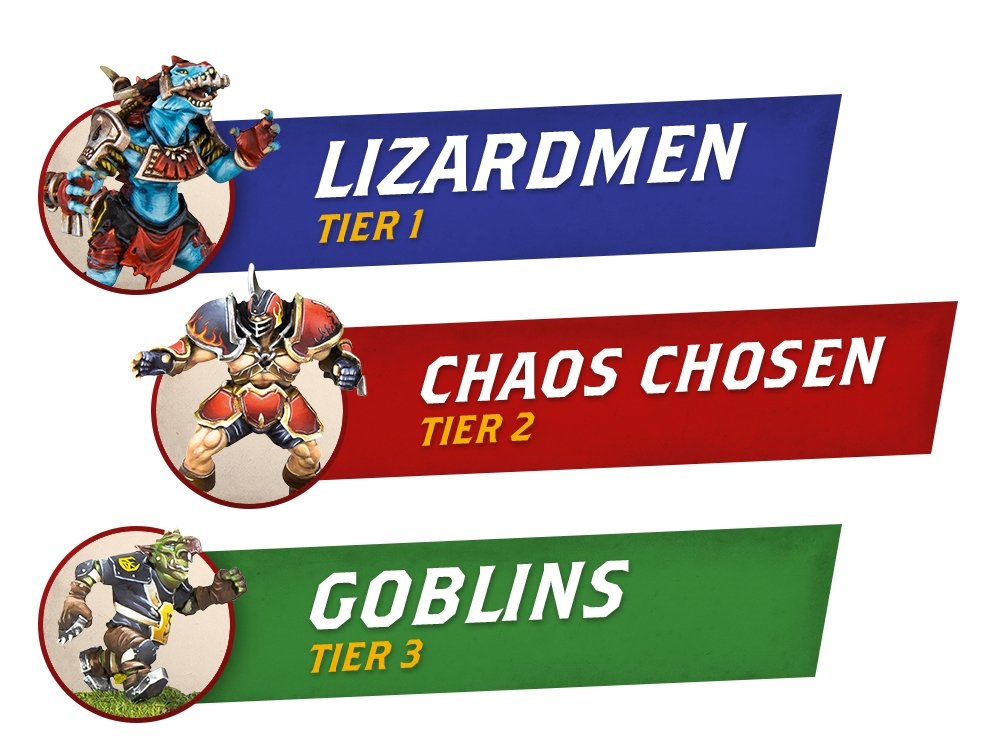 The Dwarf Team was also brought up as a tier 1 team. Halflings were definitely mentioned as tier 3. Each team will now have that tier rating on their roster:

Again, new layouts for all team, new target numbers, and the new Passing Ability Stat are all included for the teams. On top of that, you might want to check your roster costs for your current team as those prices probably shifted.

Star Players are also getting a bit of a re-work. Not only do they come with their typical “enhanced” stats – each Star Player now has a unique rule to further emphasize their uniqueness on the pitch. Morg’n’Thorg now has a new rule: The Ballista. 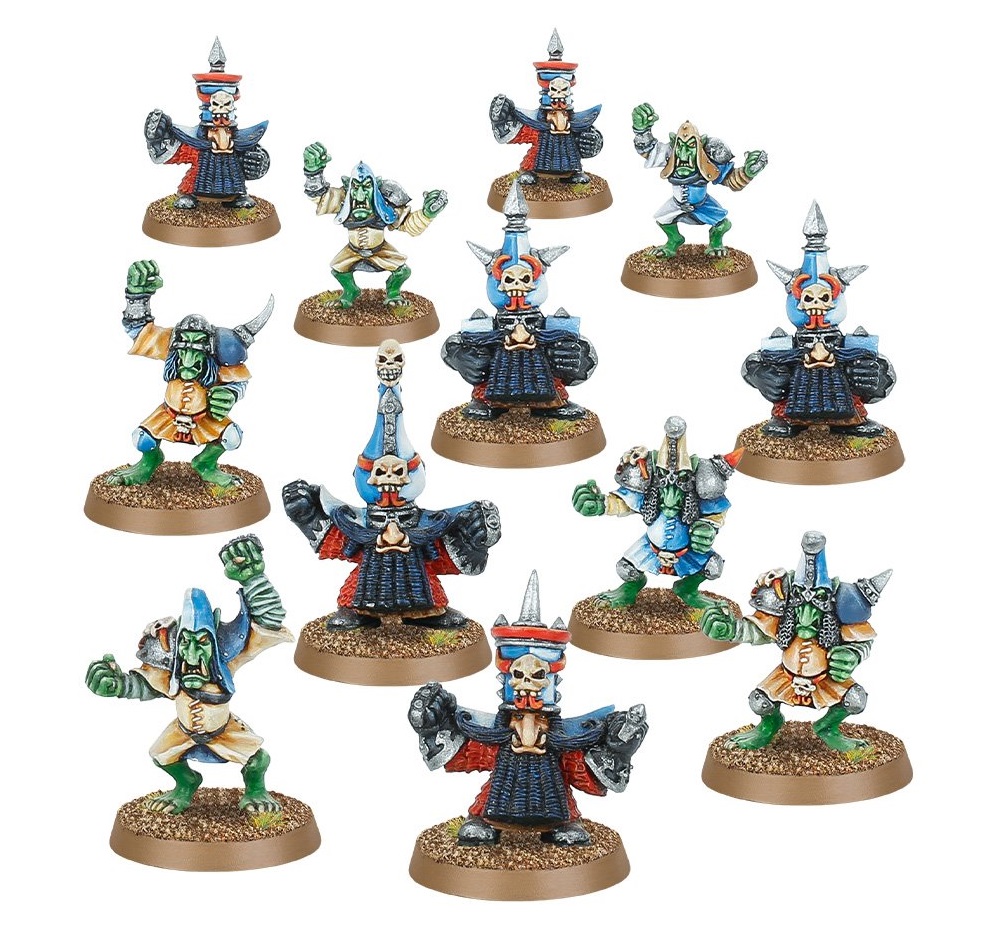 If you’re a long time player, you’re really going to appreciate this one because your teams are BACK. Yep! Check this out:

“When we said this edition respects the history of the game, we meant it. The studio didn’t stop with teams from the previous edition – they’ve given teams long out of production the very same treatment! Still rocking that Chaos Dwarf team? Download the free rules supplement right here and get them back out on the pitch.”

And yes, all of them got the same roster updates as everyone else including keywords and any respective Special Rules. 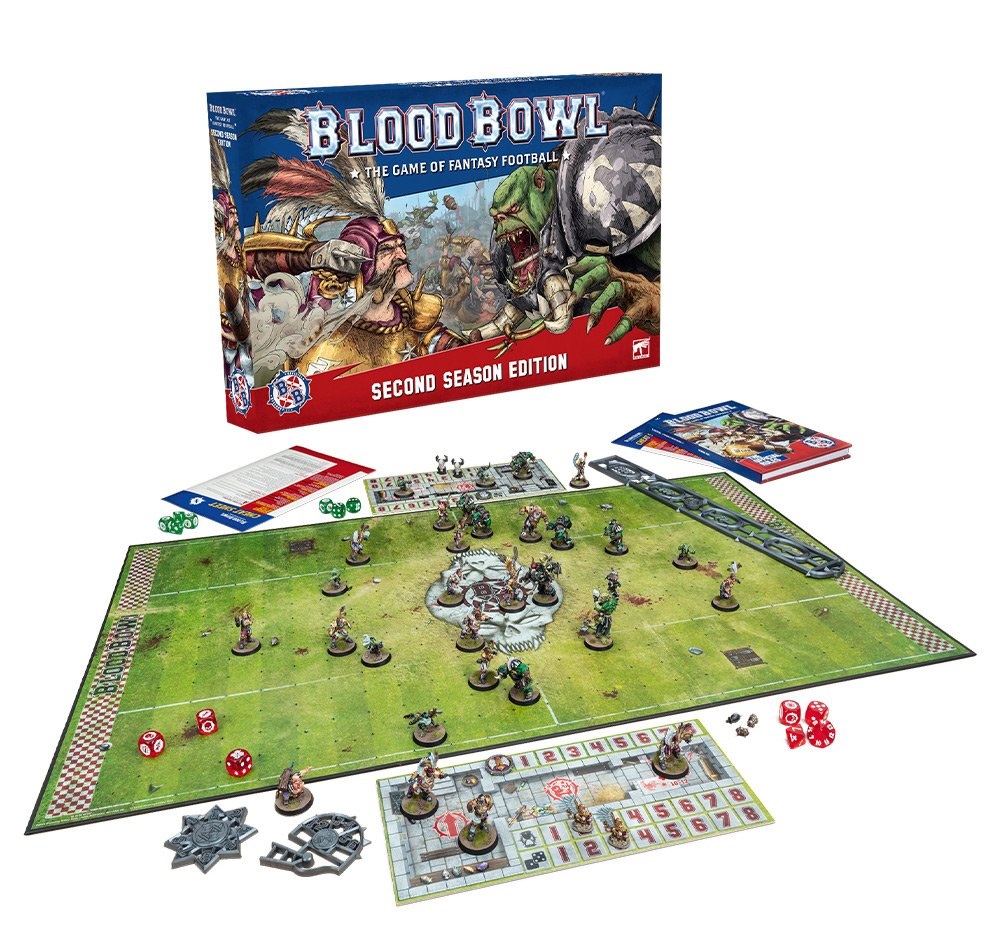 The Second Season is coming soon!