Board Game Retro: Not All Games Are About Winning 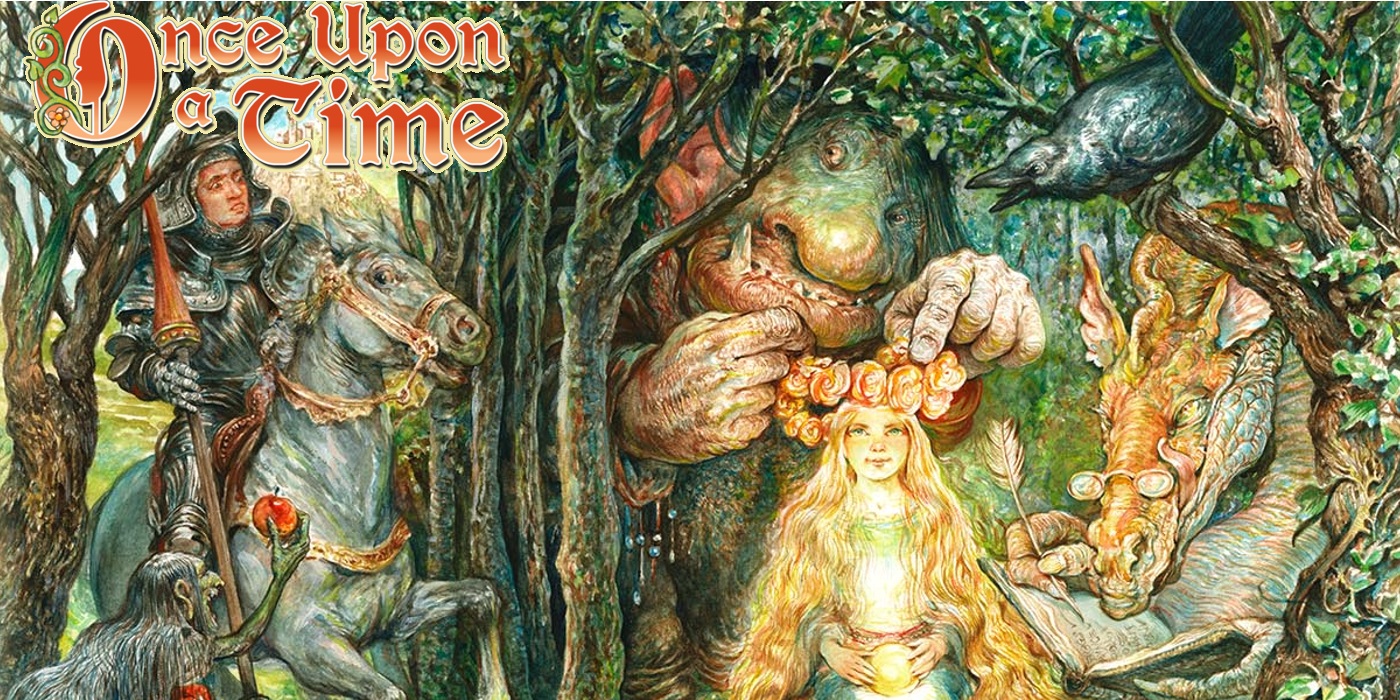 Sometimes it’s nice to take a break from being competitive and just have a engaging experience through storytelling.

It happens to the best of us. You get too wrapped up in a game and start feeling upset and competitive. Some would argue that’s not such a bad thing. In broad strokes, sure, some competitive feelings can be good. But I think it’s equally important to take a break from that and just remember the point of games is to enjoy yourself. And no game does this better than Once Upon A Time. 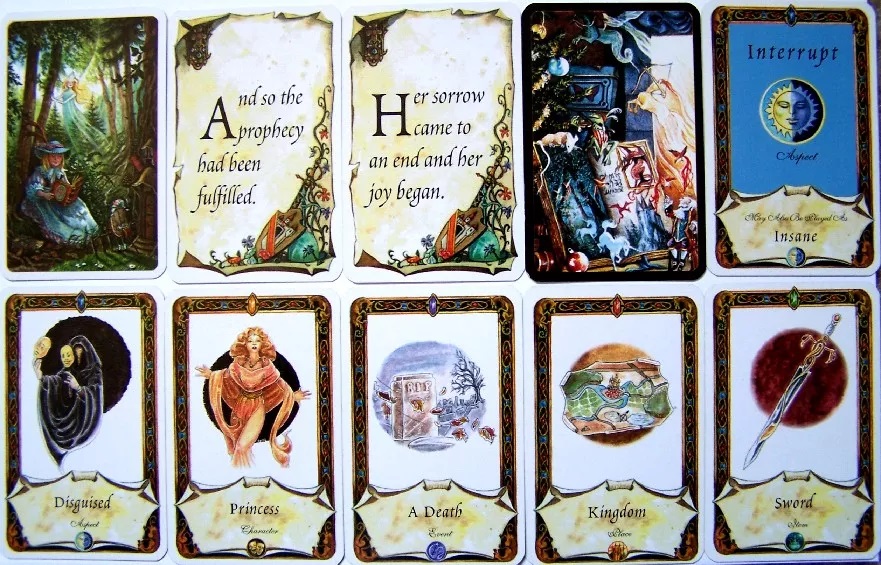 Once Upon A Time is a game about collaborative story telling. Players take turns telling a story, using the cards in the hand as story elements in the story. Each player begins with a hand of story cards and an Ending card. The goal of each player (yes, there is still a winner in this game) is to be the first to empty their hand of cards and directing the story so their ending card fits and makes sense with the story. 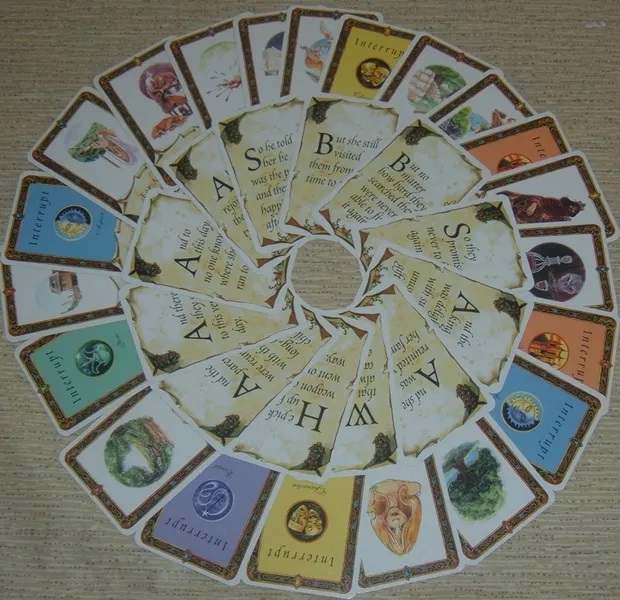 While the storyteller hopefully has everyone enraptured, the audience will be looking for chances to take the story over. If  the story teller says the name of any other player’s card, that player may play that card and take over the story. For example, you have the Sword card and the storyteller is talking about the brave knight fighting the dragon and how he unsheathes his sword, you can play your Sword card and take over. When this happens, the person whose story got interrupted draws a card.

Players can also interrupt others a little more directly with Interrupt cards. Each story card has a category (Character, Thing, Place, Aspect, Event) as does each Interrupt. So if the story teller plays a card and you have an Interrupt of that same type, you can play that card to take over the story. 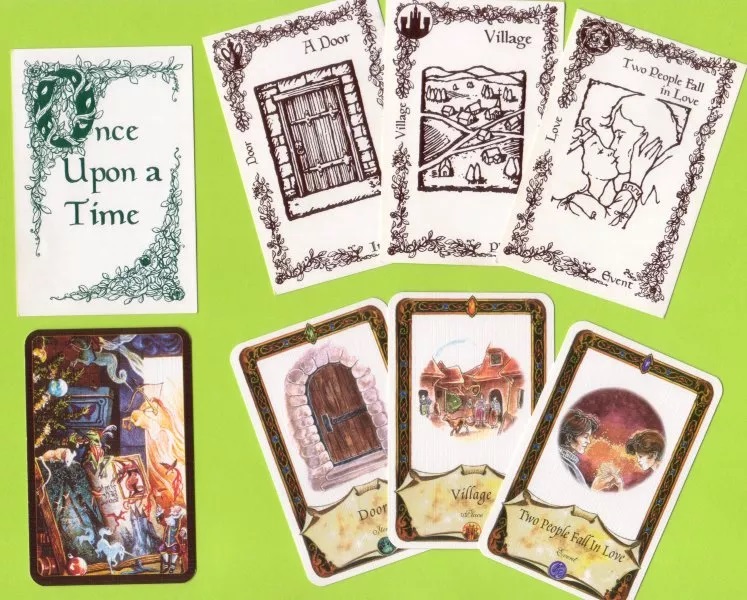 Now here’s where the game separates itself from the pack. You could certainly tell a story just to play your cards as fast as possible. “There was a princess in a village and she fell in love with a door and then she died, so the prophesy was fulfilled. The End.”

But that’s not the point of the game. Winning is the point of this game. And, yes, there are rules about being able to challenge the storyteller is they try to pull such shenanigans. 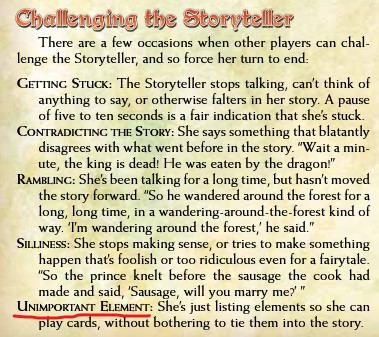 This is a game about creating a narrative. Hopefully something you’ll remember for a while after it’s done. Maybe it’ll be meaningful, maybe goofy and silly, or maybe exciting. But that’s the whole point. It’s up to you.

I worry some of you will roll your eyes at a game like this. But I think you’re doing yourself a disservice by brushing it off so easily. There are plenty of print and play versions of this game out there. So, next time you’re looking for a game to get into, flex those creative muscles and give Once Upon A Time a shot. 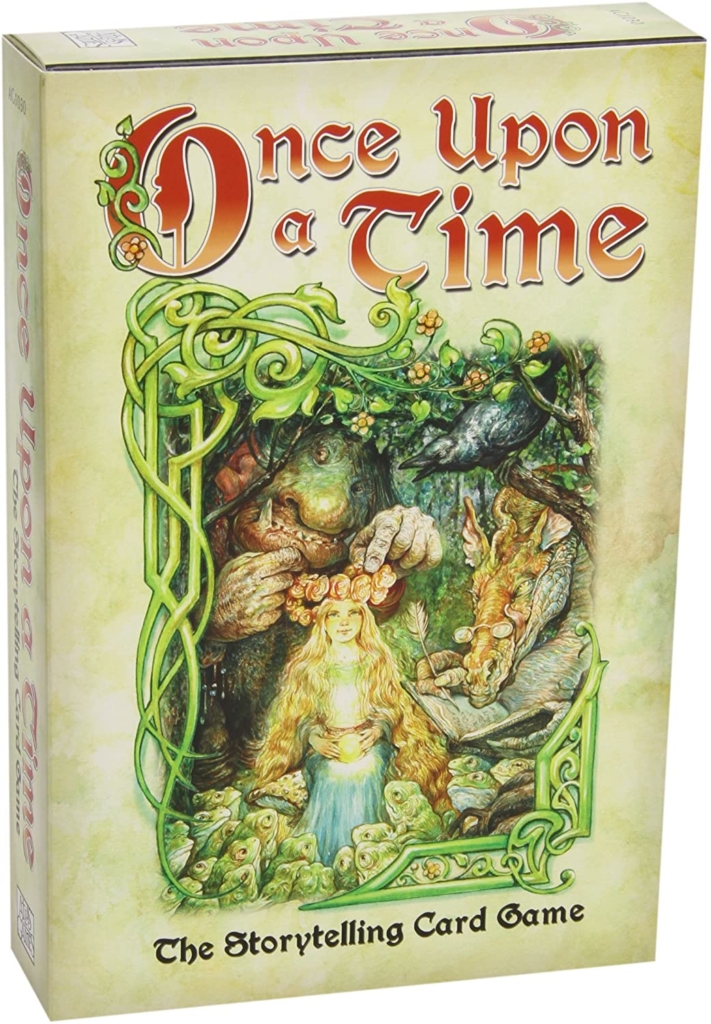