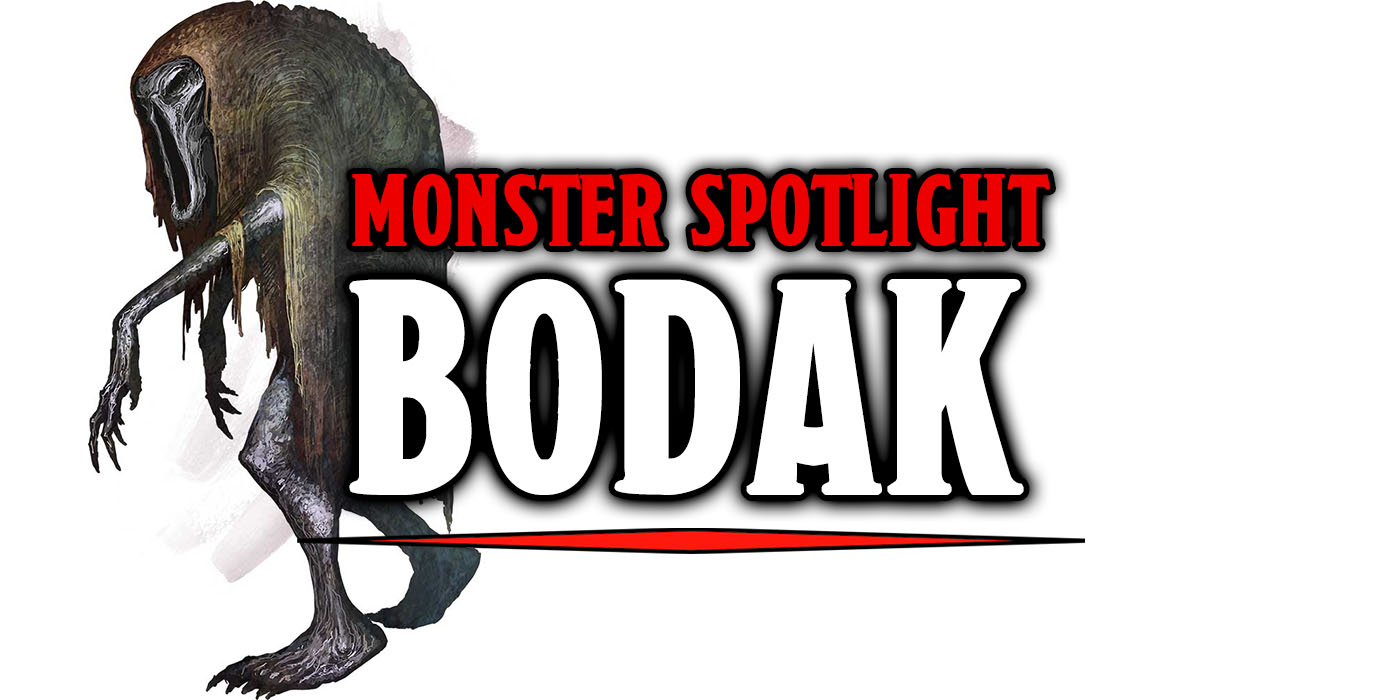 Oh no guys, it’s the bodak. Pretend you don’t even see them; just totally avoid their gaze and maybe they won’t kill you for Orcus. 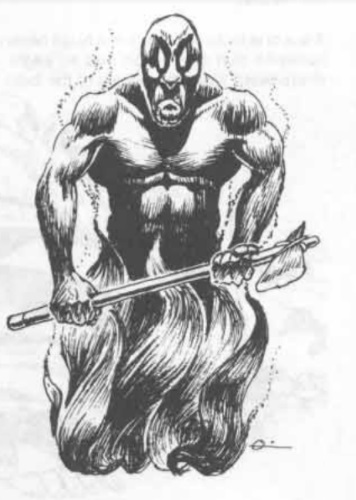 Sometimes when a human makes poor choices and spends too much time on the Abyssal Planes, they turn into a bodak. They usually stay on the Abyssal Planes unless summoned by a magic-user, and the still-pretty-cunning-but-also-not-smart bodak will in turn often try to control their summoner. While they have weapons more often than not, they don’t use them often because meeting their gaze has a tendency to cause death. So, y’know, they don’t really need that axe if eye contact alone will get the job done. 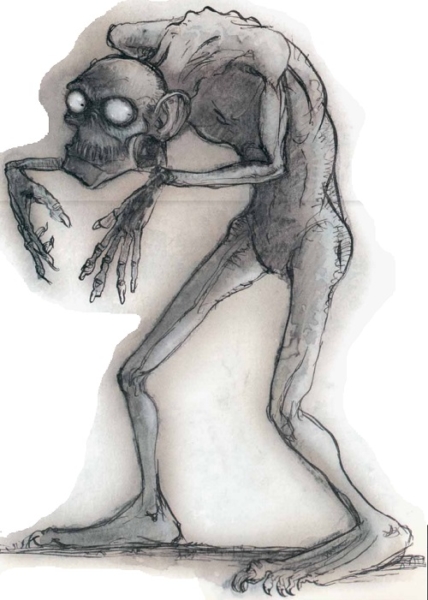 Few things are notably different between the first and second edition bodaks, but the things that do change are perfect set-ups for interesting D&D sessions. First and least interesting, bodaks rarely carry weapons in 2E despite being able to attack with them once per round. Like before, their gaze is their greatest weapon and often the only the one they need. More peculiar however is the bodak’s tendency to sometimes retain some of the features of the humans they once were. This isn’t necessarily often something attached to their physical appearance, but the Monstrous Compendium lists “a nervous twitch, a peculiar combat style, or anything else that the bodak may have possessed during its normal lifetime” as fair game. The third, and I think most interesting, bodak 2E fun fact is that sometimes a human will be too good in their alignment to go full bodak. They will still transform and take on all of the physical and gazey capabilities of a bodak, but keep their human mind and goodness. I’m not sure about you, but my mind jumped right to somehow having one of these benign bodak’s of a former friend summoned because I enjoy cool D&D sessions that also hurt me emotionally.

Third Edition cuts bodak’s down to less than one page with none of the interesting lore of 2E. They retain “fleeting memories” of their past life now instead of either being benign and retaining all of them or none with some odd tells, but that is just about all that was kept of the 2E bodak. However, now any humanoids who die from their gaze will themselves turn into bodaks in 24 hours and they are almost vampirically allergic to sunlight. 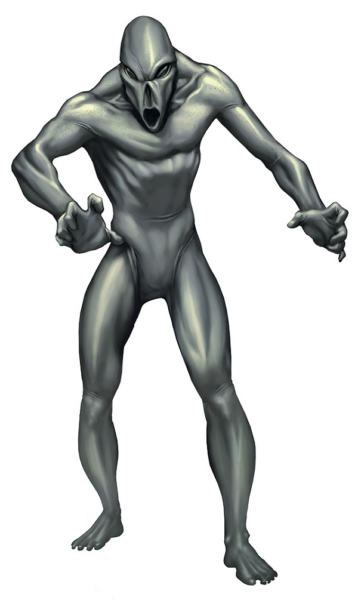 4E bodak’s are almost unrecognizable from their earlier cousins. Slam attacks? Great axes? Invisibility? Who are you?! In addition to all of that, a “Bodak Reaver” (because that’s a thing now) can gain attack rolls and temporary hit points if a living creature is reduced to zero hit points within five squares of them.This version is fine, I guess, and could be fun to encounter. I just really like their earlier incarnations better. 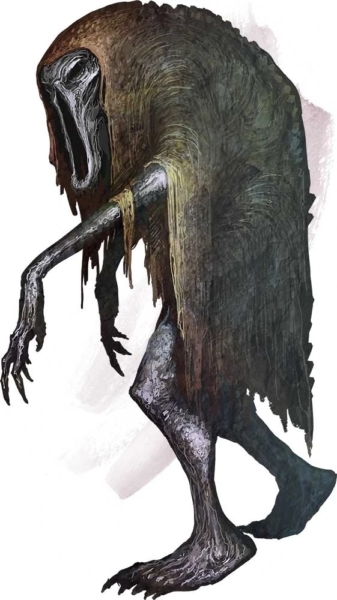 Fifth Edition comes back with some pretty big changes, but none for the more boring. Bodaks are now the remains of worshipers of Orcus, who is a demon lord, not a cool whale. All though if you want to imagine a bunch of undead death gazers who were just really into orcas, I wouldn’t want to stop you even if I could. This version of a bodak has made the choice to turn into a monster by carving the symbols of Orcus on their chest so they can more effectively spread death in Orcus’s name. They also retain a vague knowledge of their old life and even remember and seek out old companions and enemies alike… So it can destroy them.

Have you encountered a bodak? Which edition’s version have you met? Did they hit you with the look or did you know better than to meet their gaze? Let us know in the comments!