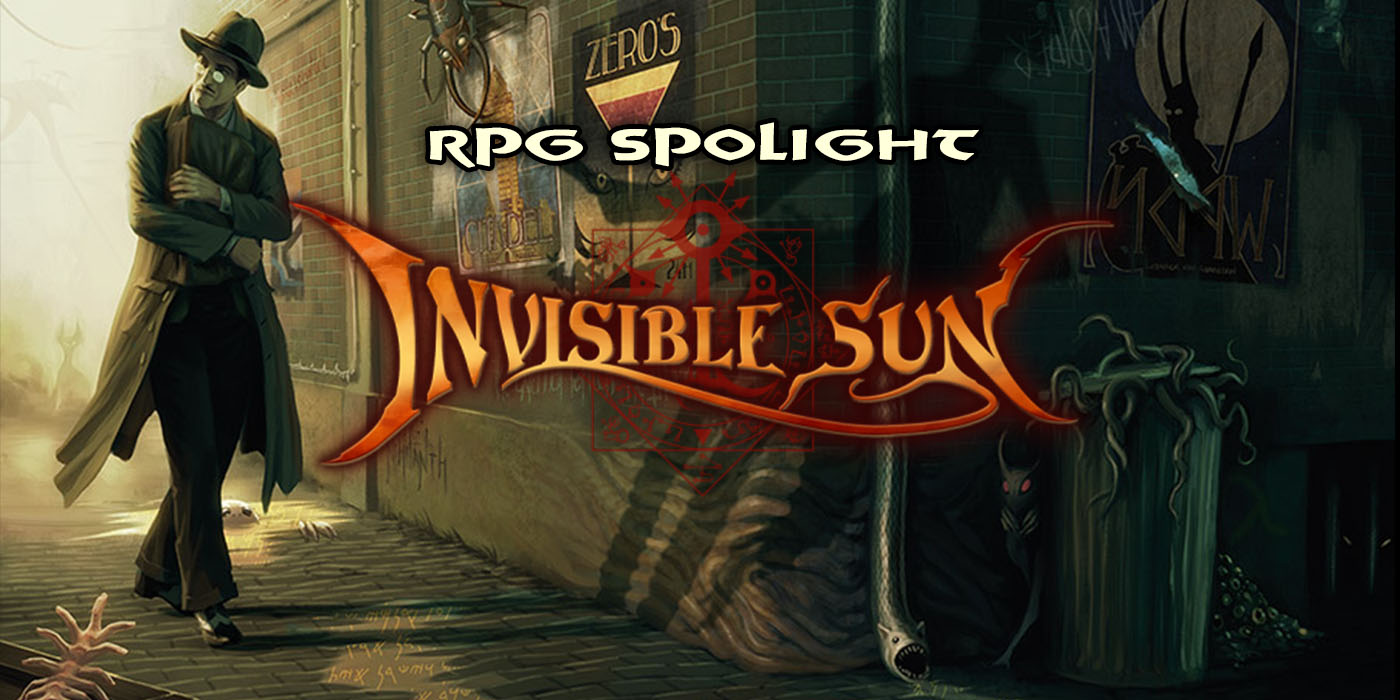 It’s time to awaken from your boring fake life and join the world of magic and the weird as we shine the RPG spotlight on Invisible Sun. 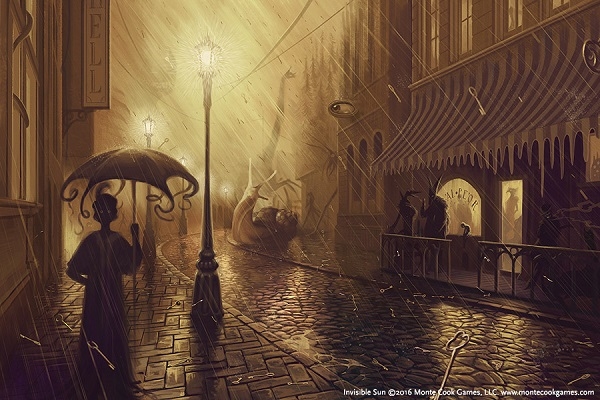 Invisible Sun is a tabletop RPG that is almost too hard to write about in the same way that Lovecraft’s monsters and dreams can be hard to describe. I’m not sure if it’s a game I want to describe as unique, though it is definitely and decidedly a unique game, but it doesn’t seem like enough. Invisible Sun seems to be a game that’s taken some of the most original aspects of other games and said, “How can we turn these up to eleven? Nay, twelve.”

Let’s start with the setting, something that I think really helps drive home the oddness of this game in a very succinct and visual way. You, the player, aren’t experiencing the real world, not really at least. The world you see around you is a version of the world that you think is your home because you have forgotten your true self but it’s time to remember that you are a vislae. A visale is wizard, sort of. But also not really. There is an aspect of magic, some reality shaping abilities, and of course the fact that you don’t need to be even remotely passing for human. Welcome to the city under the Indigo Sun, where you can be whatever you want and reality is a series of question marks. You may think that there are is a long list of character races that I’m about to list, but no, I really mean you can go buck wild with your character. For example, the fine people below can all exist in this world and the city is so weird that you’ll probably fit right in. 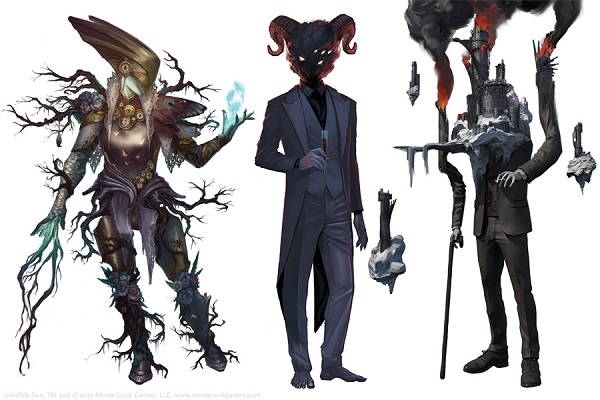 I’m especially intrigued by the floating islands of smokestacks man.

You see, when I referred to the game and its world as feeling Lovecraftian or dreamlike, I meant just that.

Instead of character classes, there are magical orders for your vislae to be a member of. Each has a history, hierarchy, traditions, etc. Things that could easily be worked into your backstory and motivations and help ground your otherwise free-floating character. Attributes are fairly limited to “certes” or everything physical, “qualia” or everything intellectual or mental, and “hidden knowledge” which is basically your ability to eavesdrop and research your way to a greater understanding of the world. Gameplay only involves a couple of D10, but the Invisible Sun set comes with so many other tools to help propel the story forward such as tarot cards. Not sure what to do? Want some inspiration? Pull a card and allow the title and art to give you something to springboard off of.

But what’s the GM’s role in all of this? It depends greatly on your GMing style and you could run a game within this system with a strict timeline and story. But ideally this is a game where the character’s desires and motivations are supposed to drive and even create the narrative to a substantial degree. If a player character wants to get revenge on somebody, it’s important that they have their chance. In a way, players are encouraged to create their own plot hooks and GM’s job is to react, roll with the punches, and weave their own story around what their players are up to. Did I mention that improv is a necessary skill in Invisible Sun much more so than in most other tabletop RPGs? 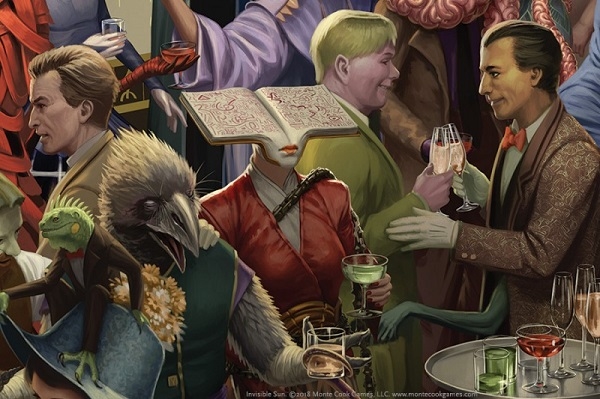 This is a game designed for long episodic multisession campaigns and players who perhaps overthink their characters. It’s probably not the ideal choice for first time tabletop gamers, but it is a game that allows for untethered or even completely unhinged creativity.

If you’d like to travel to the city under the indigo sun to take on your true form and learn magic, you can learn more about Invisible Sun on the MonteCook official website. 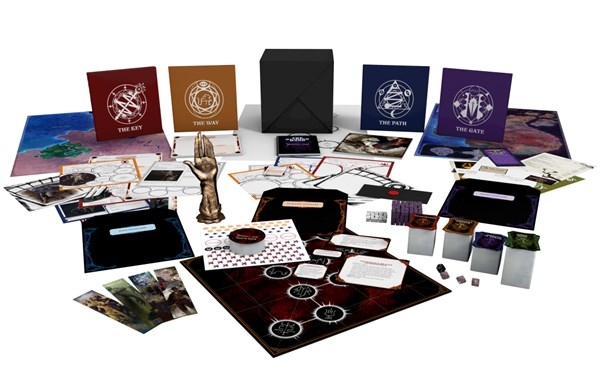 Have you played Invisible Sun? What is your character? What is the weirdest thing you’ve added to your game? Let us know in the comments!